Last year I revealed Sawyer’s Star Wars room to you.  Remember this? 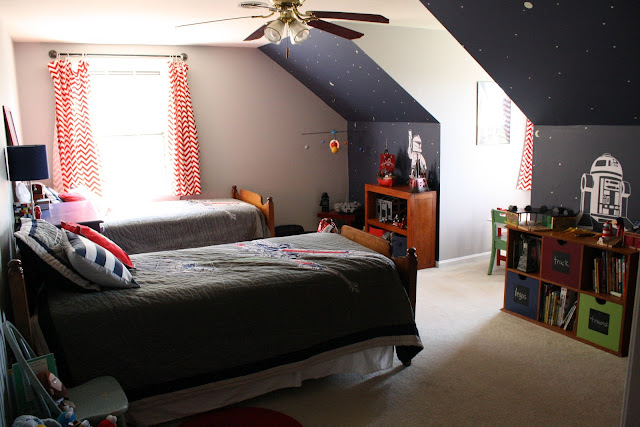 It’s had a recent addition of a new desk in his nook…. 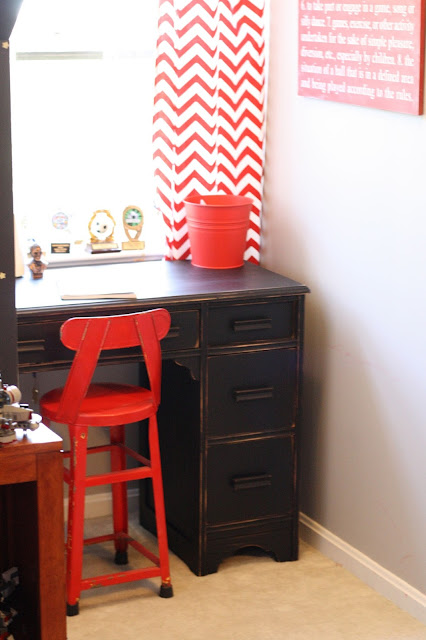 Over the course of the past couple years, Sawyer’s love for our country and its history have become apparent.  He might be one of Abe Lincoln’s biggest fans.  He loves George Washington, Henry Ford, cowboys… anything that represents America.  Because of that, I had recently decided to merge the Star Wars look of his room with an Americana style.  I had been on the hunt for a flag, and was thrilled when I found this flag for $28 at the Country Living Fair…. 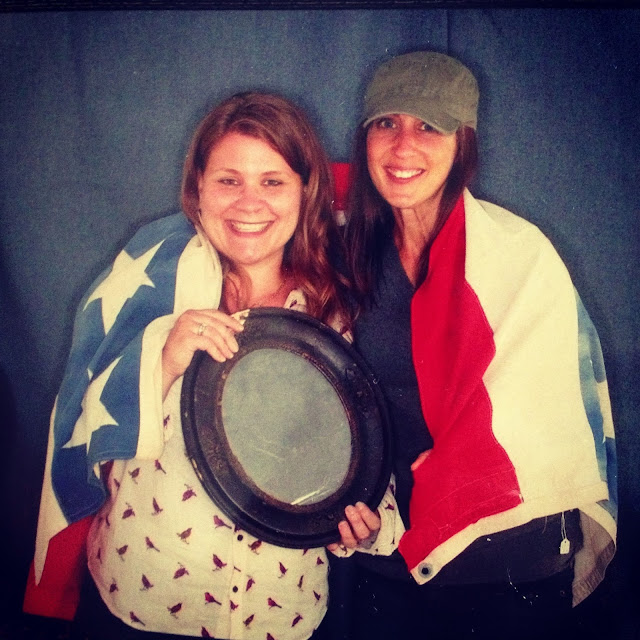 I hung it on the wall above his dresser, and it looks like it was meant to be there.  Check it out! 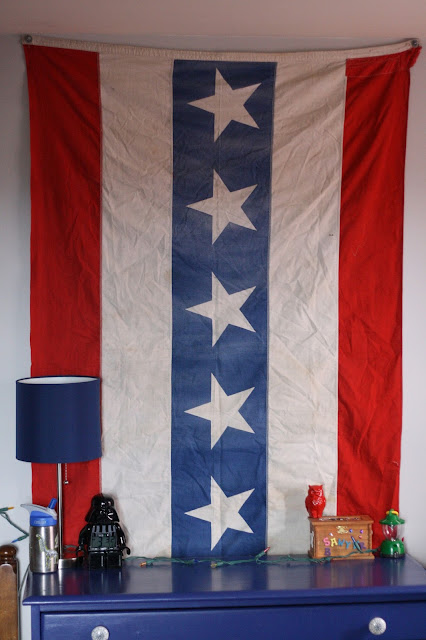 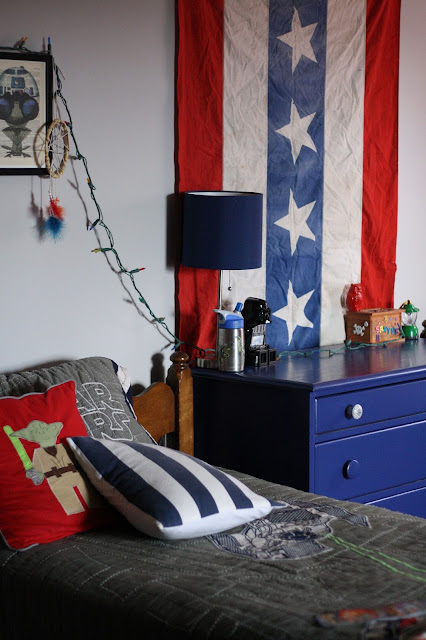 He came home from school the other day and was so happy to see it hanging!

I also hung an adorable red, white, and blue felt star garland my mom bought for him at the fair.  I added it to his pipe curtain rod above his desk. 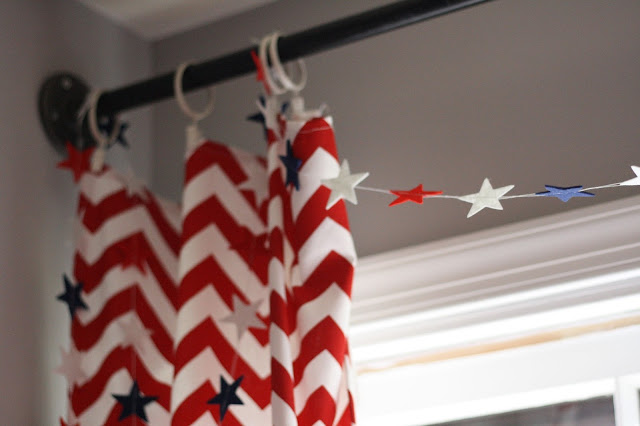 Love that my boy is one true grit American! I am so proud of my Star Wars and Star Spangled Banner lovin’ boy!