It has been way too long since I’ve shared a book review with you, but I can assure you I’ve been reading like it’s my job.  Also, could I please have that job?  Because I don’t like to get too bored, I try to mix up what I read and include a little mystery, humor, autobiography, and whatever else catches my eye.  Today we’ll take a look at about a quarter of my recent reads in book report: 5 books I’ve read recently. (This post contains affiliate links for each book.)

Let’s start with a book I happened to spy in the nonfiction display area of my local library, written by one of my favorite and most humorous bloggers, Jenny Lawson, AKA The Bloggess.

Let’s Pretend This Never Happened (A Mostly True Memoir) is by far the funniest book I have read all year.

However, if you don’t like off color and inappropriate humor, this book may not be the one for you.  It is the one for me!  In this memoir, Lawson takes a look back on her childhood which is so ridiculous that it could easily be made up, but it’s not.  She shares how she grew up poor in rural Texas, and suffered with social anxiety and always knew she was different.  We see her come of age, meet her husband, and continue to deal with her anxiety as she enters motherhood.  I thought this book was an awesome homage to how she grew up, and helped her come to terms with the eccentric childhood she had which inevitably made her the creative beast she is today.  Her approach to telling her story is fantastic and laugh out loud!  Several times while I was reading this book, Chris would ask me if I was OK, because I was crying from laughing so hard.  I took photos of humorous inappropriate paragraphs and texted them to friends because it was also so relatable!  If you need a good laugh as well as a reminder that our past is what makes us the awesome people we become, this book is for you!  If you prefer a book clear of profanity and overuse of the word vagina, this book is NOT for you.

By now, some of you know I am a big fan of young adult books.  They’re great filler books for reading in between the heavier novels and memoirs.  Tell Me Three Things is told from the perspective of Jessie who has relocated with her father to Los Angeles two years after her mother’s death.  Her father quickly remarried and they left the life they knew behind in Chicago to move in with his new wife, a successful and wealthy career woman who lost her own husband and has a teenage son.  At her new school, Jessie feels like she doesn’t fit in and isn’t making friends until one day she receives a mysterious anonymous email from a classmate.  Immediately a bond forms and the communication continues although she has no idea who it is she’s messaging.  This book was a pretty quick read, and was pretty good as far as young adult books go, but I did find it rather predictable.

Fractured Memories was actually written by one of Chris’ best friends from college, Emily Page, who is a talented artist, and now can add talented writer to her resume.  When her father was just 65, he was diagnosed with dementia.  Emily, an only child, had always had her father in the role of best friend in her life.  They were companions with similar senses of humor and appreciation for the arts.  In this book, Emily tells the hilarious as well as gut wrenchingly sad stories of the 7 years her father suffered from dementia and covers everything from home care, to institutional care, and to dealing with the grief of losing someone while they’re still alive and then again when they’re gone.  Fractured memories is beautifully written, and had me laughing and crying.  Emily’s art is interspersed throughout the book to help tell the story of her own emotions through this time of her life.  This book is an especially great read if you know someone going through the same thing, but either way, it will move you deeply.

Don’t You Cry is a psychological thrilled along the lines of Gone, Girl, and this type of novel is generally my favorite to read.  A couple years ago I read The Good Girl by Mary Kubica, and loved it!  While at the library I searched under her name to see if she had anything else out and found Don’t You Cry.  In downtown Chicago, Quinn Collins’ sweet, talented, and good girl roommate Esther Vaughn disappears and Quinn is left behind to piece together the mystery of where she might have gone.  She unearths mysterious letters, as well as evidence that sweet, kind Esther may have wanted Quinn dead.  Meanwhile an hour outside of Chicago in a quaint lake town, a mysterious woman whose description seems to match Esther’s appears, and local boy Alex is immediately pulled under her enchantment.  This book was a page-turner and I definitely didn’t predict the outcome.  If you like suspense thrillers, you’ll love this one!

Many of you may remember I lost my beloved dog of 13 years, Jake, this past summer.  I picked up A Dog’s Journey shortly after losing him and cried my way through this book, but in the best of ways.  This book is the follow up to A Dog’s Purpose, which I did not read, but did watch and love the movie version.  A Dog’s Journey follows Buddy the dog as he connects with and helps a toddler named Clarity.  Clarity is removed from Buddy’s life, even though he was sure he was meant to help her.  Later he is reborn as a puppy and is thrilled when he’s adopted by Clarity, a then troubled teen.  This book follows a similar storyline with a dog being reborn each time and intended to help one person in particular, and is a beautiful sweet story.  Maybe it’s a bunch of rubbish, but what if it’s true?  Recently, I was having a day where I was really missing Jake and feeling guilty that his last months weren’t his best and that I let him get so old an feeble.  That day, Emmy happened to have a girl scout trip to a horse farm.  On that one day only, some basset puppies were stopping at the horse farm en route to where they were headed off to be trained hunting dogs.  Emmy came home overjoyed about holding and cuddling the puppies and said one in particular just really loved her.  Later that day, I received a photo of Emmy with that puppy, and I was taken aback by how much it looked like Jake when he was a puppy.  I truly believe that he was sending me a message that day that he was OK.

Here is Emmy with that puppy. 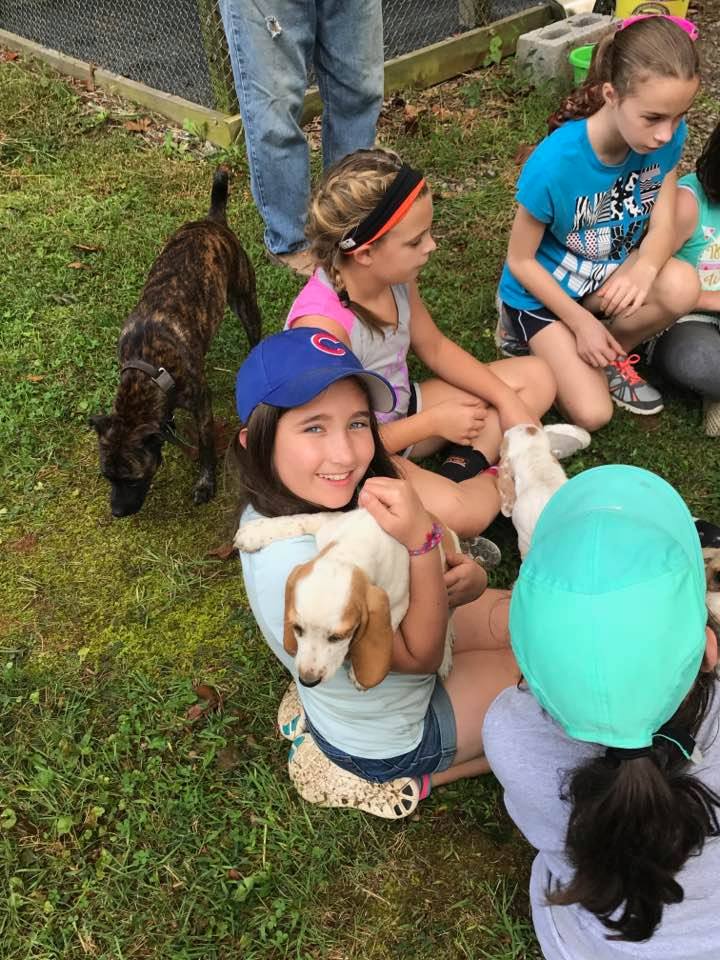 And here she is with Jake on his last day with us, his tan ears now white. 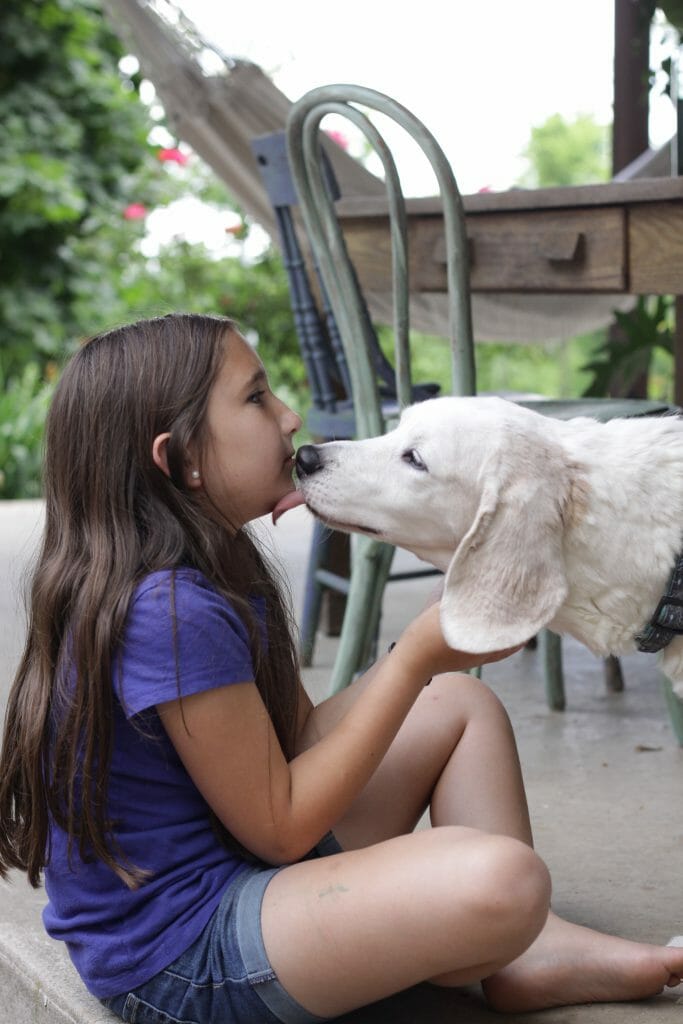 I’ve got so many more books to share with you, and hope to have a few more installments of sharing 5 at a time.  I would love to know what books you’ve read lately that you’ve enjoyed!  Recommendations are always welcome. 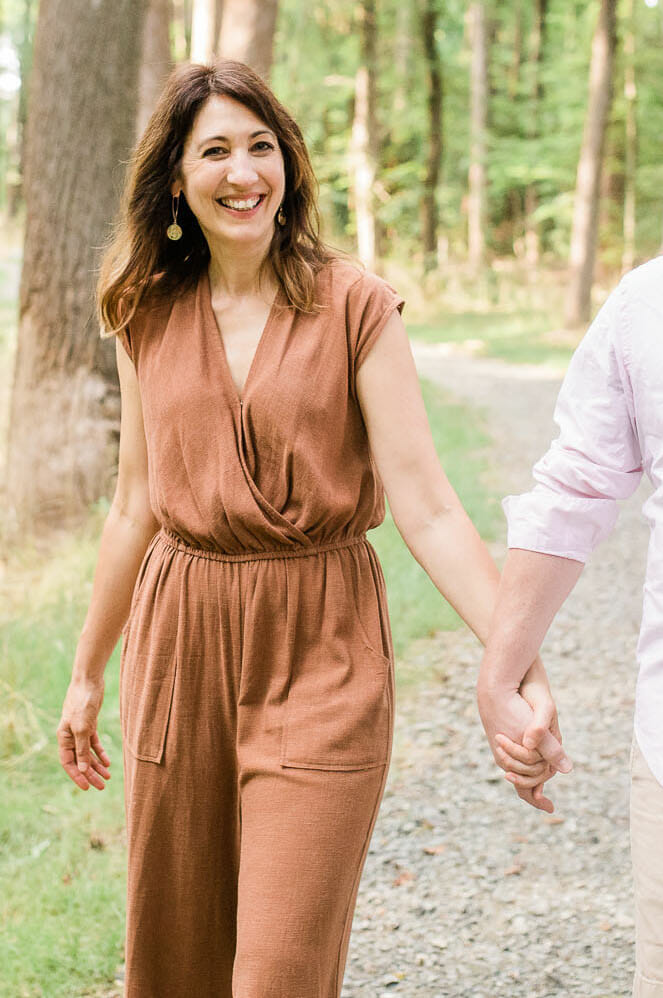 I'm a simple girl with a love for design and DIY, and making a beautiful home on a budget. I thrive on vintage finds, coffee, sarcasm and puns. More than anything, I love my family and want to create a cozy personal space where we can create memories that will last our lifetime. Life is what you make it, and this ordinary girl plans to make hers extraordinary. Read more...
Instagram Facebook Twitter Pinterest Email Rss Bloglovin 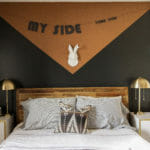 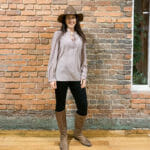 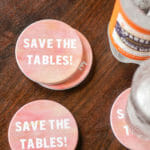 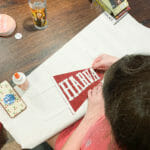 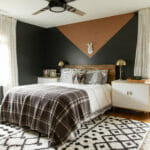 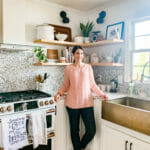