Happy Wednesday!  This winter has been so long… It seems like it took forever for the snow to get here, and once it arrived it just kept coming.  So I am officially over it!  One good thing that has come from it is that I’ve been able to make much more time to read.  Since I haven’t been outside as much, I go to bed at 8 and read, or I walk on the treadmill in the afternoons and read just to kill time before the kids get home.  I finished a couple books last week and am sharing one today for my latest book report, Miss Peregrine’s Home for Peculiar Children. 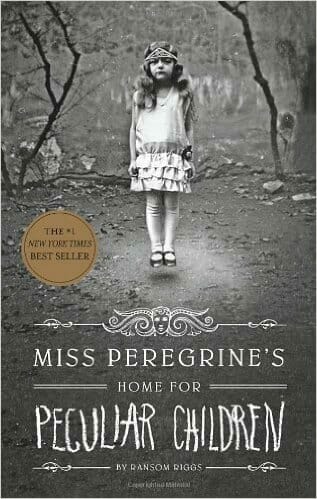 This book had a few things going for it that pulled me in… the cover, the fact that it was a bestseller, and it incorporated vintage black and white photos throughout, photos that helped the author come up with his story.  That last one was enough to really intrigue me and seal the deal while I was at the bookstore.

I started reading right away, excited to dive in to this mysterious novel from Ransom Riggs.  (Oh, and another thing going for it… the author’s great name).  Jacob Portman is a socially awkward high school student and only child in a wealthy home.  Well, his mother technically has all the wealth from her side of the family’s drugstore franchise, and Jacob’s father seems to float along always on the mission to write a book or do something wonderful that never comes to fruition.  Jacob’s relationship with his parents is strained, but he adores his grandfather, who has told him stories since he was a young boy… fantastic stories!  His grandfather, Arthur, tells him all about an island with peculiar children who had unnatural abilities, and shows Jacob photos of these children.  However, his grandfather seems just slightly crazy, and Jacob doesn’t necessarily believe him.  But then he finds his grandfather dead in the woods and sees the mysterious dark sooty creature who seems to be responsible.  Jacob is subsequently haunted by nightmares and when he tells his parents he believes his grandfather’s stories, they think he’s going crazy in his grief and send him to a psychiatrist.

Jacob needs to put these nightmares to rest and Dr. Gorman, his psychiatrist, recommends he heads off to find the island his grandfather spoke of, so that he can see it’s just an ordinary place, and for once and for all get closure.  Accompanied by his father, they leave Florida and set off to Wales.  Jacob discovers the abandoned old home his grandfather mentioned, and learns that maybe his stories weren’t made up crazy fairy tales, but based on real children.  Jacob must learn to trust himself, and trust his own peculiar power, so that he can help these children, who were once his grandfather’s best friends.

I won’t tell you anymore, because you must read it!  This story was mysterious, somewhat dark, but most definitely “peculiar.”  I don’t often read books that I think Chris will like, but this is one I think he’d love, too!  I never read Harry Potter…. I tried and I couldn’t get into it.  Gasp!  But I imagine people who like Harry Potter would like it, and Chris is a huge fan!  Anyhow, as soon as I finished Miss Peregrine’s Home for Peculiar Children, I ordered the next book, Hollow City– it’s a trilogy!  I’m excited to start that one soon, too! 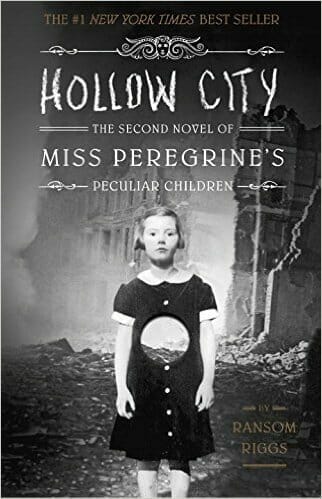 What are you reading right now that you’d recommend?