Hey guys!  Good news, it’s Friday!  I’ve got two awesome and totally different books to share with you today in my book report: Night Film by Marisha Pessl and The Storyteller by Jodi Picoult.  One of these is a creepy thriller, and the other is an emotionally gripping story of forgiveness and the strength of the human spirit.  We’ll start with the dark and sinister first.

quest for information on the mysterious death of Ashley Cordova, child protege and daughter of intensely gory and dark filmmaker Stan Cordova.  Scott has always been interested in the peculiar filmmaker who leads a rather reclusive life on a secluded woodsy property.  Cordova’s actors, employees, and workers never give information about the director, and it’s known that his films are all filmed on his property, which houses a secret of its own.  With the help of two unlikely and unexpected investigative partners, Scott digs deeper and deeper into the horrific Cordova world.  I should tell you the last time he dug into the Cordova world, he lost his marriage and career, but this story is one he can’t shake free from.  I won’t tell you what happens, of course, but I will tell you that the ending is much debated by readers… many hated the ending,  I actually really like books that end in the manner this one did, but I’ll leave that choice to you.  Furthermore, I want to let you know that this book is filled with pieces of journalism, images, articles about Cordova which fill the pages so that we follow Scott’s investigation along with him.  I loved this book, and if you like those dark thrillers like I do, give it a read!

When I returned Night Film to the library, I picked up a couple Jodi Picoult books to dig into.  I used to read her novels all of the time and hadn’t read one in quite a while.  I selected The Storyteller to start, and I am glad I did.  I couldn’t put this one down.  The Storyteller follows Sage, a baker with a large scar on her face who prefers to remain hidden from the world.  She was born Jewish but considers herself an atheist, yet works at a bakery, Our Daily Bread, owned by a once-nun who is still very religious.  At Our Daily Bread Sage meets Josef, a 95 year old man, and his dachsund Eva.  They form an unlikely friendship, but Josef discovers Sage was Jewish and confesses to her that he was an SS soldier and has done terrible things in his life.  He asks for her mercy and requests a huge favor.  When Sage learns of this news, she calls the Department of Justice and an investigation begins.  Woven into this story, we hear Sage’s grandmother Minka’s own tale… a fairytale she wrote when she was a girl in Germany that she worked on while she was a prisoner at the concentration camps, as well as her own story of strength, courage, resilience and spirit as a survivor of Auschwitz.  This book was emotionally gripping… It’s the story of mercy, forgiveness, and what gives us strength to go on in the most adverse of circumstances.  The Storyteller is a beautifully written novel, and will certainly make you think.

One other thing I wanted to share with my book -loving readers…  Can you see all the books laid out on my dining room table here? 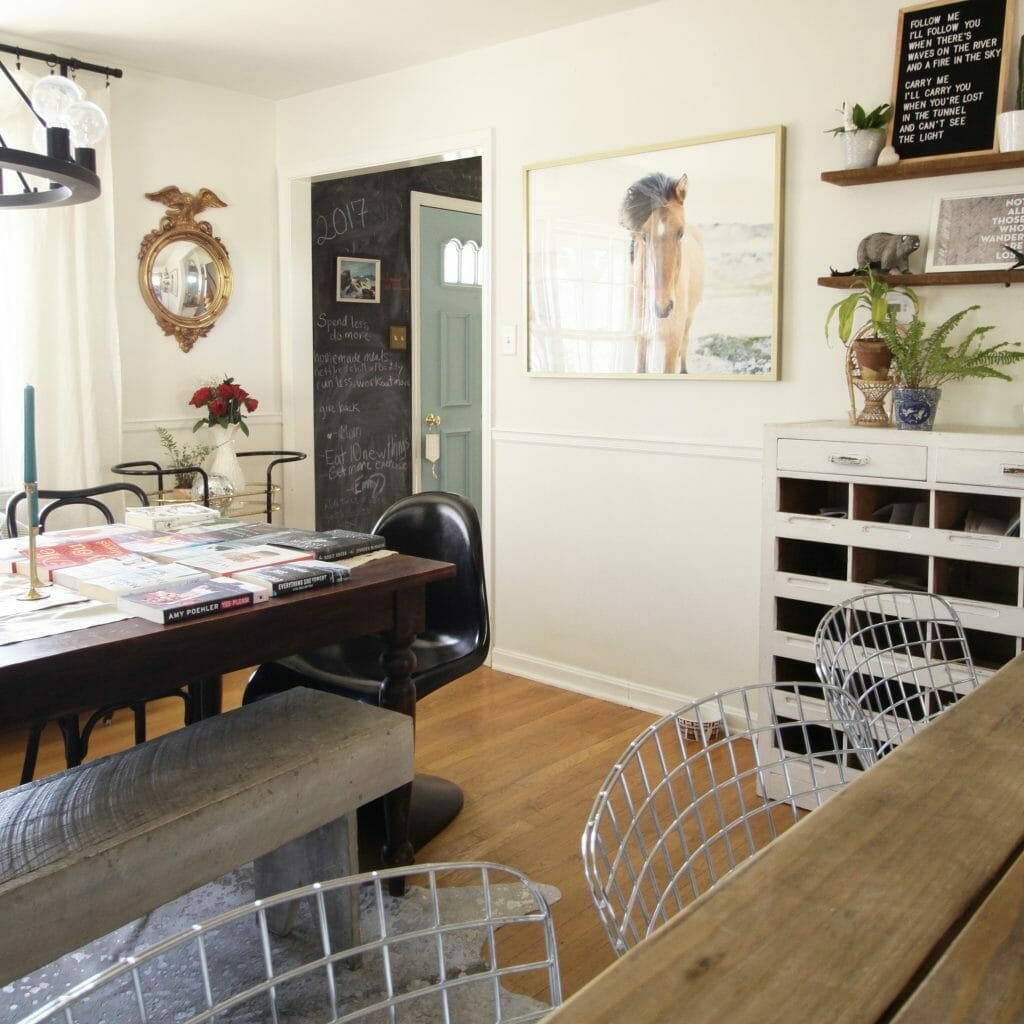 The kids and I invited several friends over Monday for a book swap… Bring some books and take some books.  I am happy that some of mine went to new homes and the kids and I also picked up some new reads.  Nerdy fun! 🙂