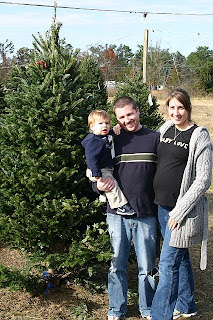 I for one, am so excited to be entering a new year and a new decade. Tomorrow, or Monday, I will look ahead and proclaim my resolutions, personal and professional, but for now, I want to reflect on the last 10 years. Looking back on the last decade, I feel like most of my life happened in that 10 year span, and it really was over in a flash! I can honestly say that a major life occurence happened almost year! 2000- graduated from Wake Forest University with a major in English and Communications; also began dating my husband, and used what I learned in communications to almost always get my way. 😉 Also, we brought our first dog, Charlie, a beautiful beagle, home!
2001- moved in with my husband.
2002- moved to New Orleans, and got engaged!
2003- got married and bought our first house. Adopted our second dog, a Basset-Beagle mix named Jake.
2004- took a fabulous trip to Costa Rica! December was blessed with news of our firstborns impending arrival in August of 2005.
2005- Sawyer was born on August 9(my very own birthday)! Soon after Katrina hit, and my young family hit the road, to return home 2 months later, grateful to have a home to which we could return.
2006- Surprise! We discovered after a weekend in Mexico, that our next baby would be arriving in 2007!
2007- Emmy was born on January 17! At 6 weeks of age, we packed her up and headed to our new home in Maryland. I also met my business partner, Theresa, late in 2007. Sawyer started school/
2008- Primitiveandproper.com was launched! Much thanks to my friend, and website designer, Josh.
2009- Emmy started school as well. And I have made many new friends last year who I am looking forward to getting to know even more in the next 10 years!
I chose this picture for this post because of what it means to me. I was one month away from having my daughter… I just love it because I feel like it embodies what the last 10 years were all about for me- family, love, and starting our own traditions, even the simple ones like picking out our Christmas tree!