Emmy and I have been in Jackson, MS spending time with people we love…. 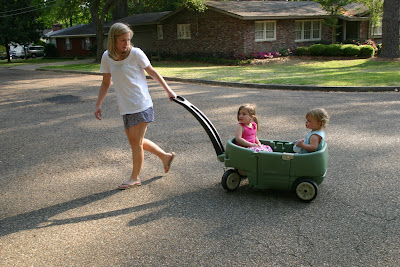 That’s Emmy in the wagon with her cousin Bernie (18 months), and my beautiful sister-in-law, Alyson pulling them. Emmy and I have been getting to know Bernie. It’s taken Emmy a bit of time, but she has finally warmed up to her chubby little adorable cousin! Alyson and her husband, B, are doing a fabulous job raising him- he’s such a happy baby, and he will literally eat anything, which is more than I can say for my two! How can you not love this face? 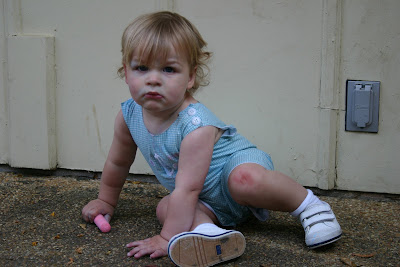 And just because I love this picture, here’s a shot of Emmy on Bernie’s swing. 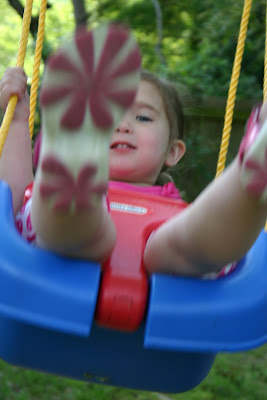 Today I took a detour down to Hattiesburg, MS, to visit my friend Jenni, who is expecting her first baby (a girl!) in September. I took Rte. 49 south from Jackson, and let me tell you I was dying on the inside! There were so many dive antique shops and flea markets, with names like “Trash & Treasure”, and “Unclaimed Furniture”. My husband would mistake these places for the town dump, or a potential bonfire, but to me, it was heaven! It took all my will power not to stop, but alas, I was only driving a rental Toyota Corolla. Sigh. I am definitely planning a junking trip this way in the not so distant future. I’ll just have to rent a big ol’ truck and drive home! Who’s game?