I came soooooo close to just letting this post go this week. We actually got a but of snow and ice here last Sunday and are due to get a little more. With the south not being as prepared to handle weather like this, school for my older kids has been remote all week, and Wilder’s school closed. So yeah, I might be going a little crazy. Trying to work with a very three three-year-old who craves movement and interaction constantly is challenging. As I write this, it’s Thursday afternoon and he’s napping. Oh, how I live for nap time! While I’ve had much less time to myself given these circumstances, I’ve been able to carve out a little bit of time just for me. Here are the things that inspired me and made my week tolerable. (We set the bar low here these days. Besides, the key to happiness is lowering your expectations.)

This post contains affiliate links. I earn a small commission on qualifying purchases.

Believe it or not, I’m frying in air

Chris has been talking about an air-fryer for a while and I was a nay-sayer because – hello – where are we going to store that thing! Well, we had a small appliance die this year and found ourselves with room. When I saw the Ninja Air Fryer on sale for Black Friday, I hit order immediately. Well, it took having no oven for a couple of weeks to finally break it in, but the deed is done and now I am hooked! So far, I’ve air-fried Impossible chicken nuggets (they’re plant-based) and chickpeas and both came out so well. I now see what the fuss was all about.

With no functioning oven and solely relying on the stove-top or air-fryer, I opted to make tomato soup. However, I wasn’t thinking when I bought the ingredients for our oven-roasted tomato soup. Oops. I found this recipe for air-fried tomato soup and adjusted it a little bit. It was a little bit too liquified, so next time we’ll add less broth, but it worked in a pinch! I also replaced the cream with coconut milk, so I am sure that had something do do with it. 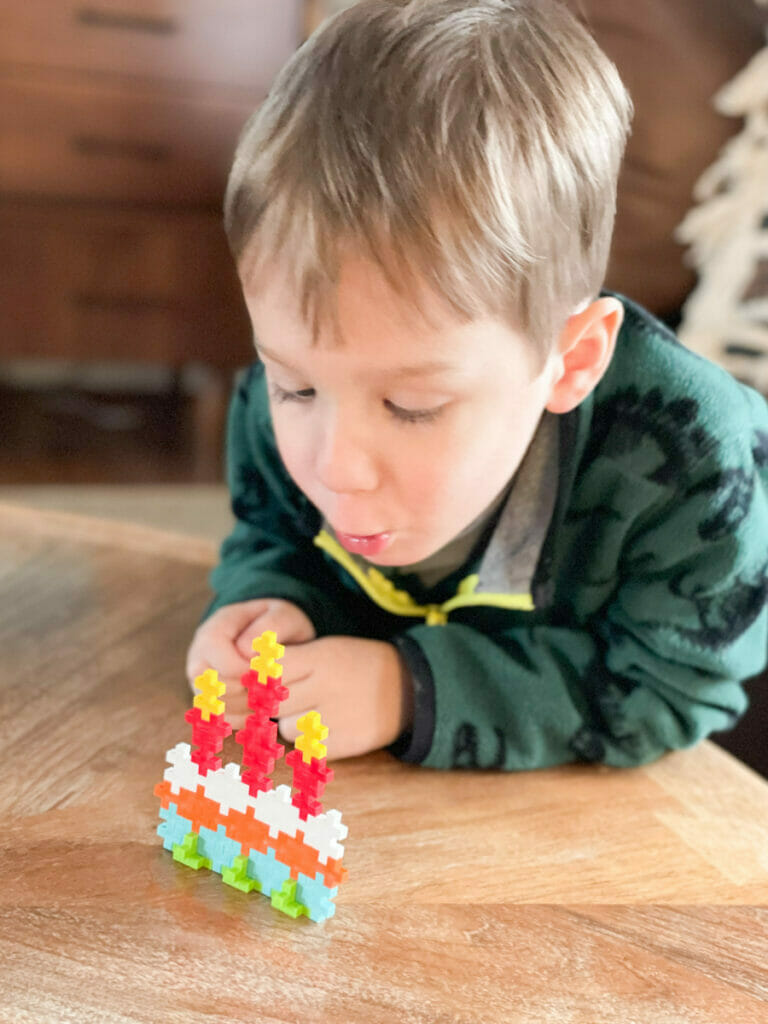 Last week, I took Wilder to get a haircut at Pigtails & Crewcuts. He doesn’t sit still very well yet and this place is fully equipped to handle that. When he does well, he gets to pick out a toy and he selected these Plus Blocks in the birthday cake. His set provided the directions for the cake, so we made that, but he’s also had hours of play just building other things and using his imagination. I’d never heard of them before so wanted to pass on for parents of young to elementary-aged kiddos. 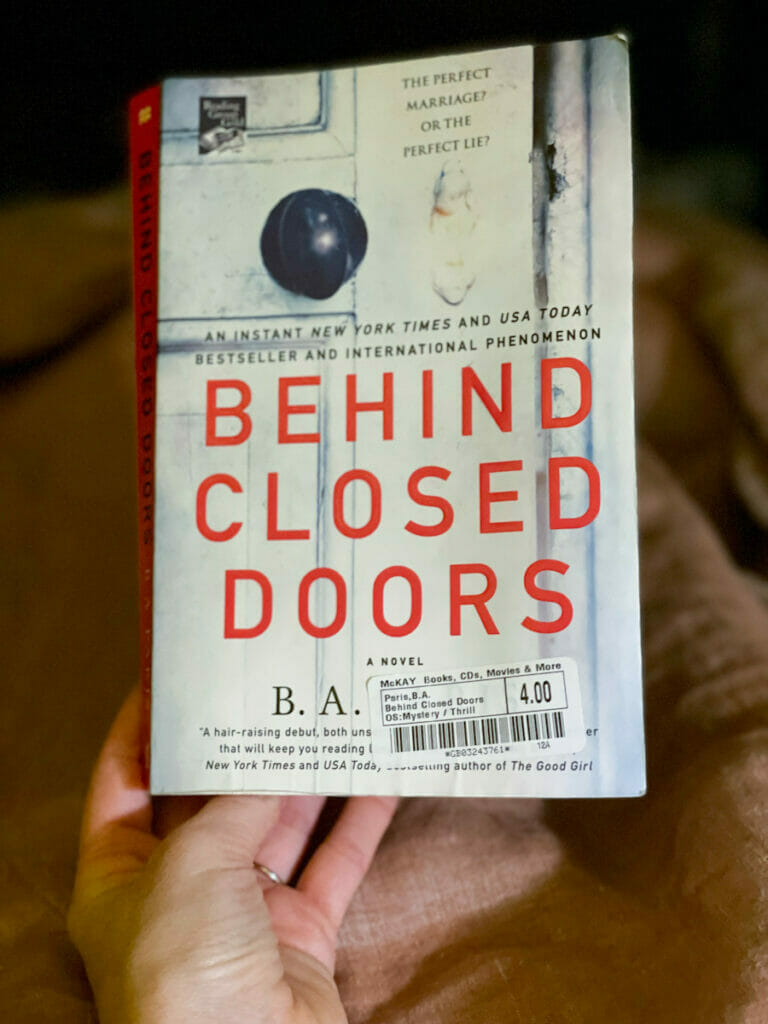 Last weekend, Emmy and I ventured over to our local McKay’s used book store. I decided to pick up a few thrillers to get me back into the swing of things. I hadn’t finished a book since late September. True story. Since last Saturday, I’ve finished two books so it did the trick! Behind Closed Doors is a twisted psychological thriller about what lies behind the perfect facade of a home and marriage. I did guess the ending, but I am happy to say it ended as I’d hoped! Definitely worth reading if you want a quick page-turner. I finished it in 24 hours. I also read A Stranger in the House by Shari Lapena, author of The Couple Next Door. I didn’t like it quite as much as The Couple, but it was a quick read as well. And the ending had a bit of a surprise I honestly didn’t see coming. I think this one would make a fabulous movie or mini-series.

Movie that’s a cut above

Last weekend, we had to postpone Emmy having a couple of friends over for her birthday. Instead we played games as a family and during that time she mentioned wanting to see Knives Out. I had been wanting to see it also so we decided to watch together on her actual birthday night. We both loved it! It was funny, well-told, stuffed with an incredible cast and even very touching at moments. If you’re looking for a Clue-like funny murder mystery, it’s a must-watch. Check out the trailer:

We’ve now owned our Peloton for a few months and with the weather we’ve had lately, we’re getting tons of use out of it! OK, I’m getting tons of use out of it, Chris and Sawyer ride once every other week and Emmy glares at me when I suggest she might enjoy the Britney ride. I typically stick to 30 minute rides during the week, but on the weekends, I have a little more time, so I’ve been dabbling in the 45 minute rides. Last weekend, I tried one of Jenn Sherman’s Yacht Rock rides and I am hooked. I told Chris I’m probably in there riding with people who are 30 years older than me, but I don’t care. It’s basically the music from Guardians of the Galaxy! If you have a Peloton, check it out for sure. (And if you do, my LB name is PunForYourLife.) BTW, other fav rides so far include Abba, Mamma Mia, The Greatest Showman and any of Cody Rigsby’s 90s rides. 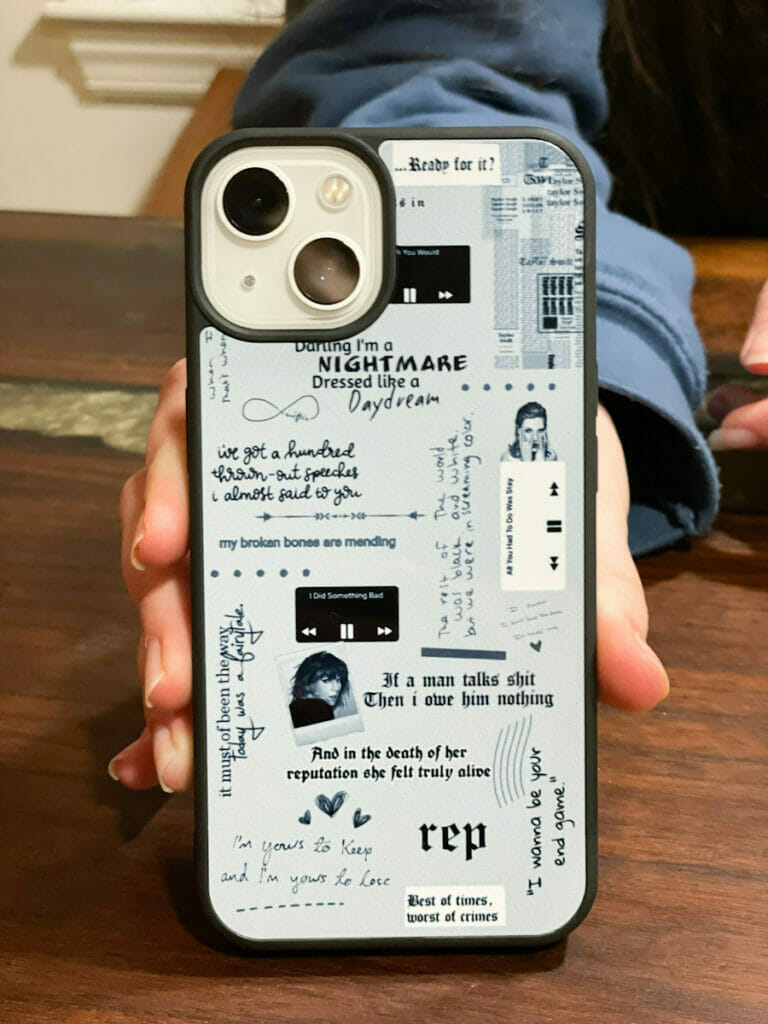 This year, Emmy made a google slideshow of her birthday wishlist and it was rather impressive! We had fun selecting some fun things from her list. She’s a major Swiftie, so we gave her this phone case and this Folklore key chain. Oh, and for Christmas it was this All Too Well sweatshirt. She also got this Harry Styles AirPods case, because she adores him, too. My mother made her an adorable fleece sloth blanket she’s been snuggling with as well. I have an equally adorable photo of her holding it, but she might kill me in my sleep if she finds out I shared it here, so just use your imagination.

I am so grateful that our snow fell Saturday night into Sunday because it meant Chris was home to be the one to take Wilder out in the cold to play while I wistfully watched from the window, sipping my hot coffee and enjoying the quiet inside. I did pop outside to get a photo, but Wilder was too busy playing to stop and cheese it up for me. While you may think he’s shoveling there, he’s actually got a giant broom. Because that’s what we do in the south, apparently.

We’re supposed to get “less than an inch” again tonight, but I’m hoping for a repeat of last weekend. Because a quiet morning of me and my hot coffee enjoying each other’s company sounds glorious. Happy weekend, friend!