It feels tone deaf to be posting “feel good Friday” when so much terror is happening in another part of the world. So before I get into anything, I want to share this website with 22 meaningful ways to help out Ukraine. That being said, with so much going on around us, I do want to create space for some good in this world. This week, I’ve got some yummy dishes, but also some sad news and some ways you can help there as well. 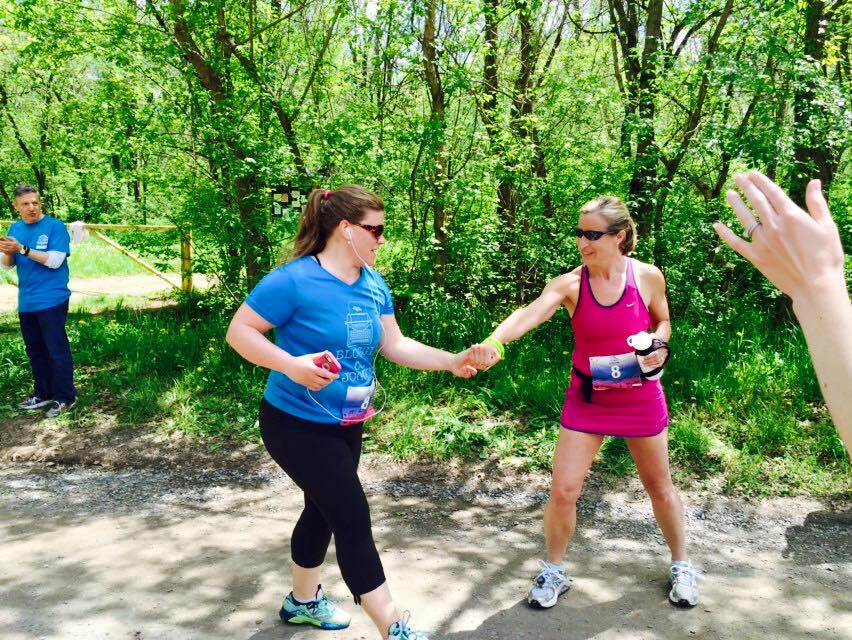 Seven years ago, I formed a team of bloggers for the American Odyssey relay, a race that runs from Gettysburg to DC and takes place over the course of 36 hours or less. One of the first people to join my team was Paula of Sweet Pea. She was up for any challenge and always handled it with a can-do attitude. That is also the way she fought her cancer over the past few years as well. She will be remembered for her spirit and the energy and light she brought our team and anyone else fortunate enough to have crossed her path. Ironically, my close friend Sarah who passed away last October was the one to pass the baton to Paula. When I was pulling up my photos from the event the other day, I gasped at this one. Life is short and precious and meant to be really lived. What can you do today to start living yours to its fullest? Please consider making a donation in Paula’s honor to the LUNGevity Foundation.

Get in Mah Buddha Belly 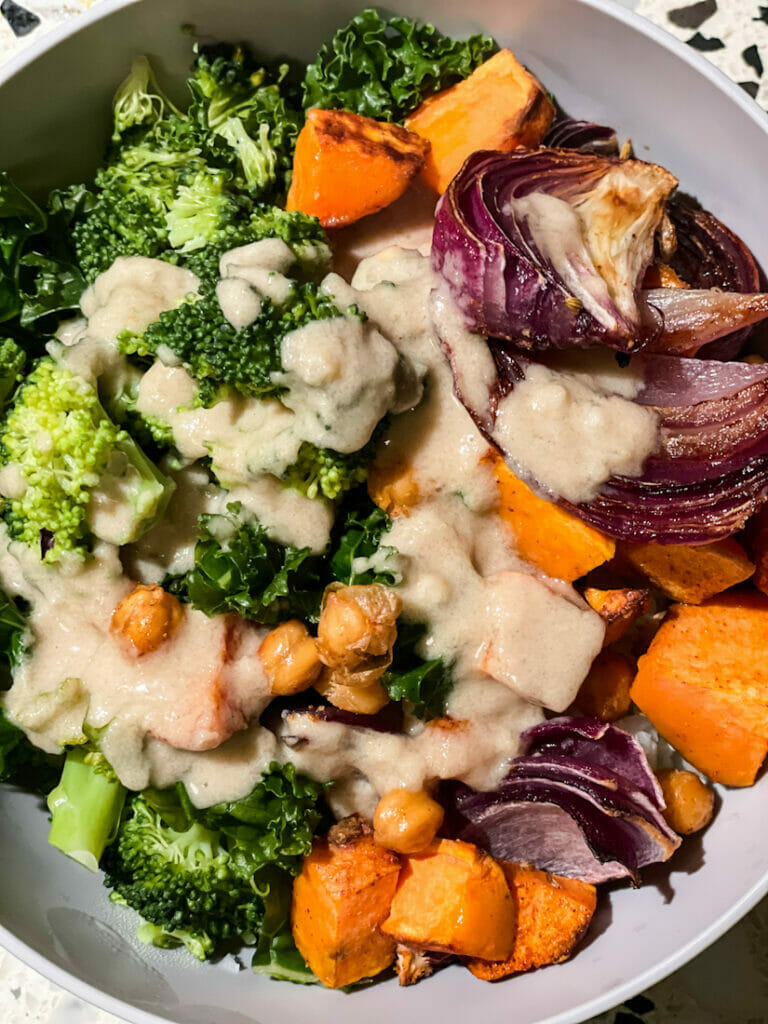 Chris was going to be late one night this week, so I decided to make myself a delicious and vegan buddha bowl. I used this recipe featuring a maple tahini sauce and served it over cauliflower rice. I should note, I added kale and steamed the broccoli instead of roasting it because that’s how I like it. When the broccoli was almost done, I added chopped kale into the steamer. I love a dish that features crispy chickpeas!

Last weekend, I used this method of cooking salmon in the air fryer and it came out absolutely perfect – dare I say, better than broiled or roasted. I also created a little sauce for mine before running the fryer, combining lite soy sauce, maple syrup, pressed garlic, dijon mustard and a touch of olive oil. It was ridiculously easy and tasty. So good that I forgot photos.

To Market, to market to buy a fat plant-based meal

A brand new vegan market launched in Greensboro in February and Emmy and I checked it out last Sunday. Here are a couple of our finds. 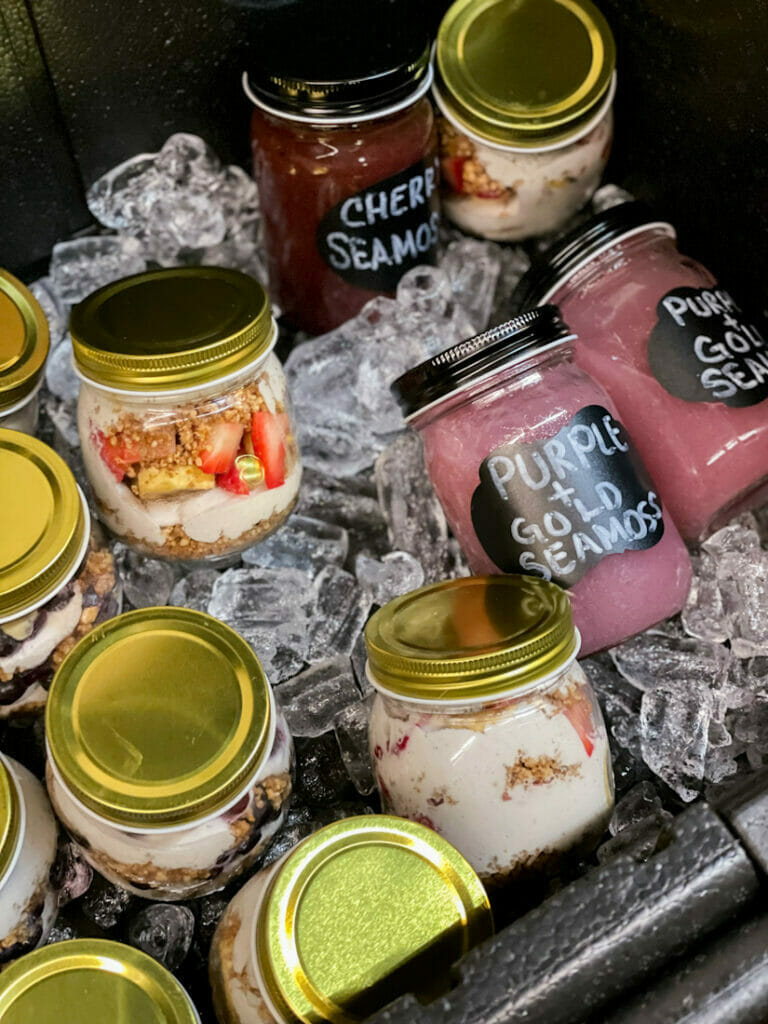 Not sure what rock I’ve been living under, but I didn’t know that sea moss was so incredibly good for the body. I bought a jar of cherry infused sea moss from Eating2Live and have been putting a teaspoon (I accidentally typed sea-spoon and kinda dig it) into my morning smoothie. Sea moss can have a not-so-pleasant taste, so this product helps it go down a little easier. 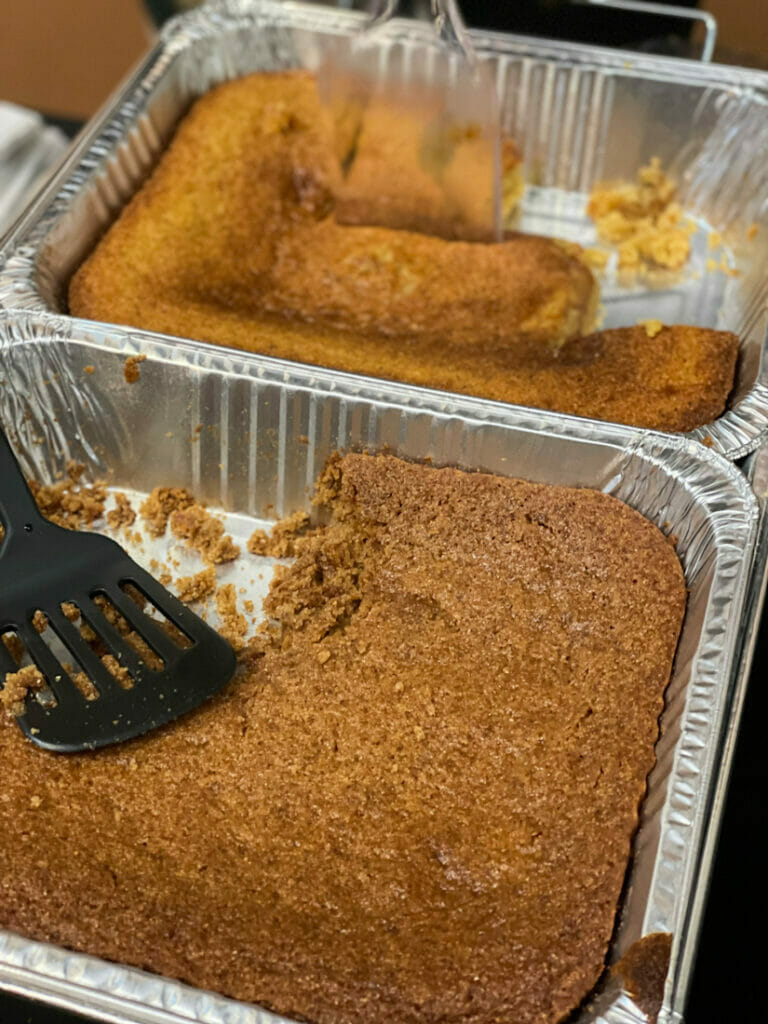 The market’s founder, Morgan, was selling vegan cornbread in plain, cinnamon and jalapeño cheddar (with vegan cheese). We tried each flavor and loved them! This market had more prepared foods than products to take home, so it’s a great place to run and grab something for lunch.

If you’re local, there’s a new-ish vegan restaurant downtown. Chris and I had a late Valentine’s date last week and went to Radici. 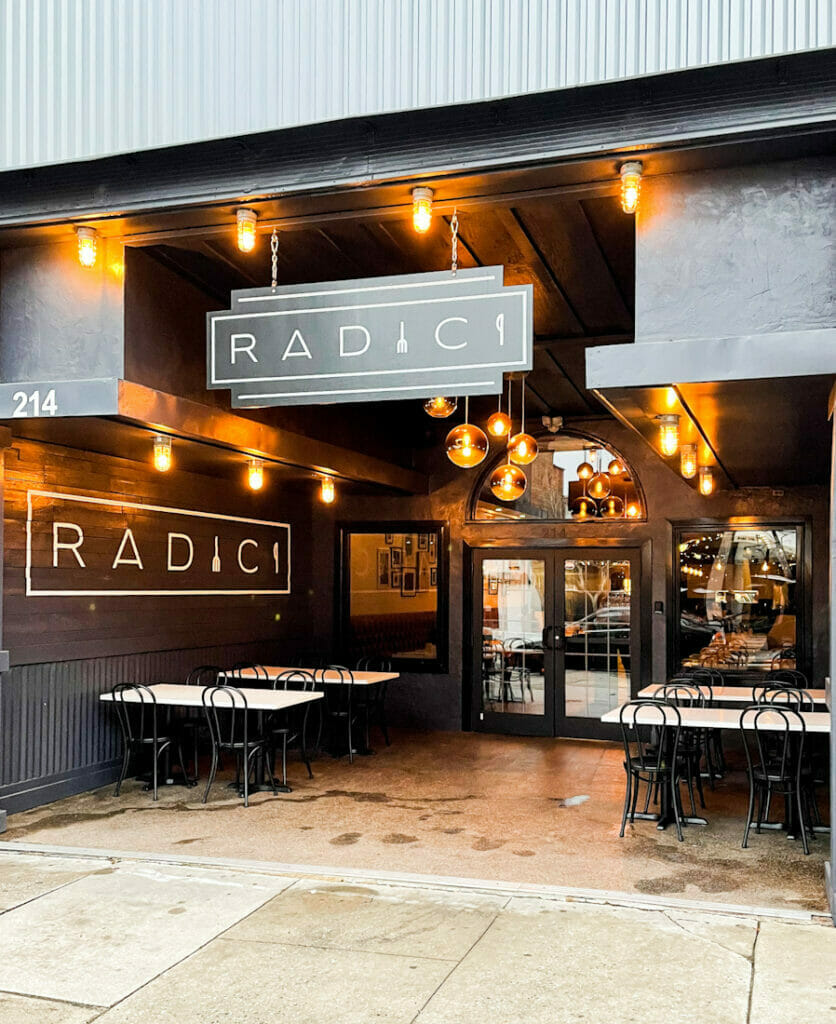 Everything we tried was delicious, but we agreed that the carrots were our favorite. You can check out everything we ate here. 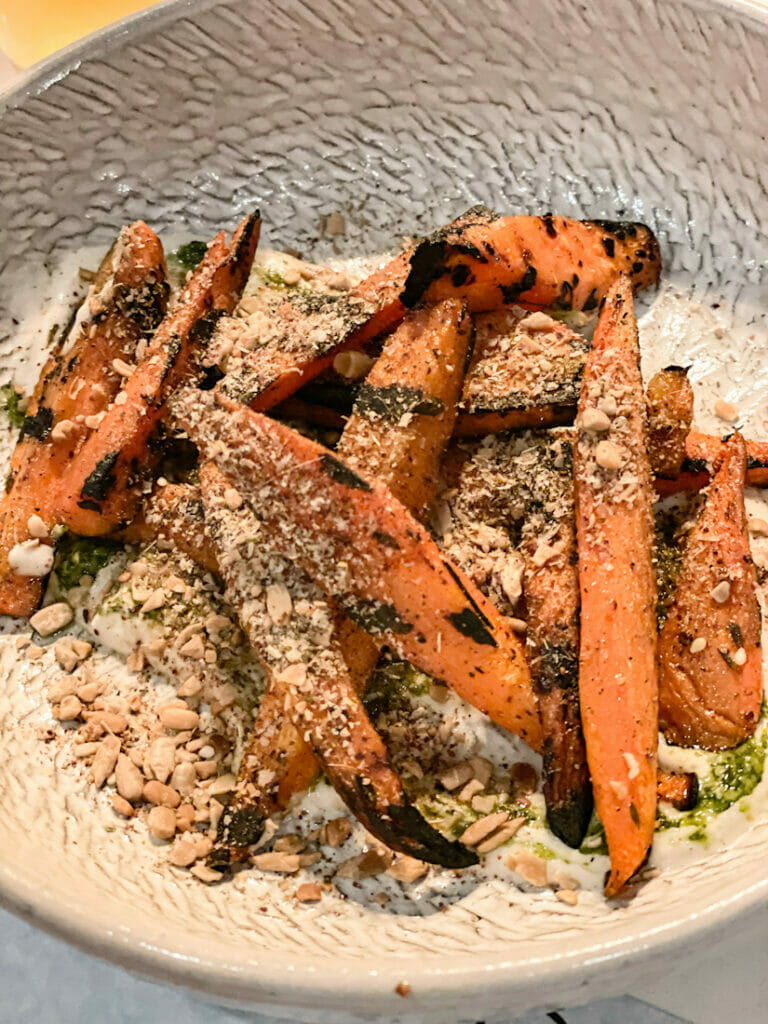 Now that it’s almost over

Chris and I finally started watching Ozark, now that the last season is about to come out. Let me tell you, so far it does not disappoint! I love Jason Bateman and he’s so good for this role. If you’re into thrillers with a little edge of comedy, this is the show for you. Check out the trailer: 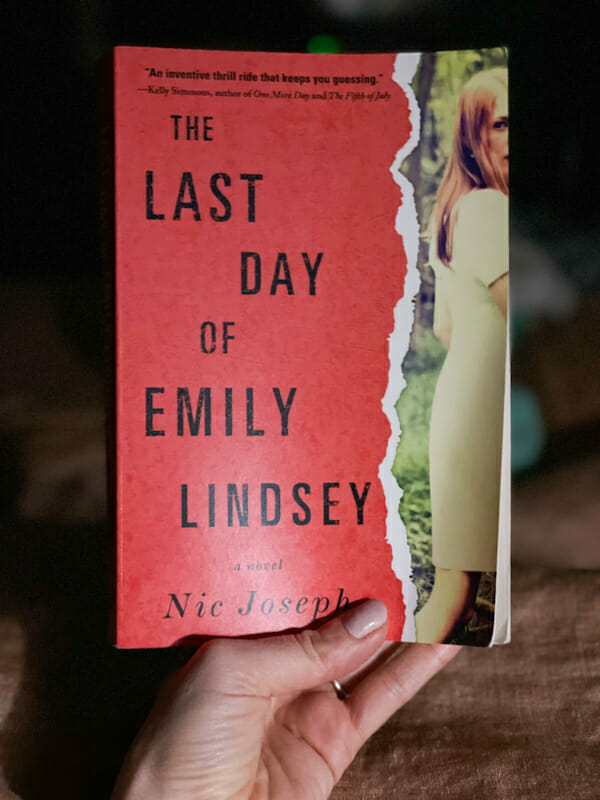 My mom cleared out a bunch of her books and The Last Day of Emily Lindsey was in the pile for me. It took me a minute to get into and over the course of three days I’d only read maybe 60 pages. But then – bam! It just picked up and started really rolling! I had it somewhat figured out, but not totally and it kept me guessing. Add it to your list if you like thrilling page-turners like I do! 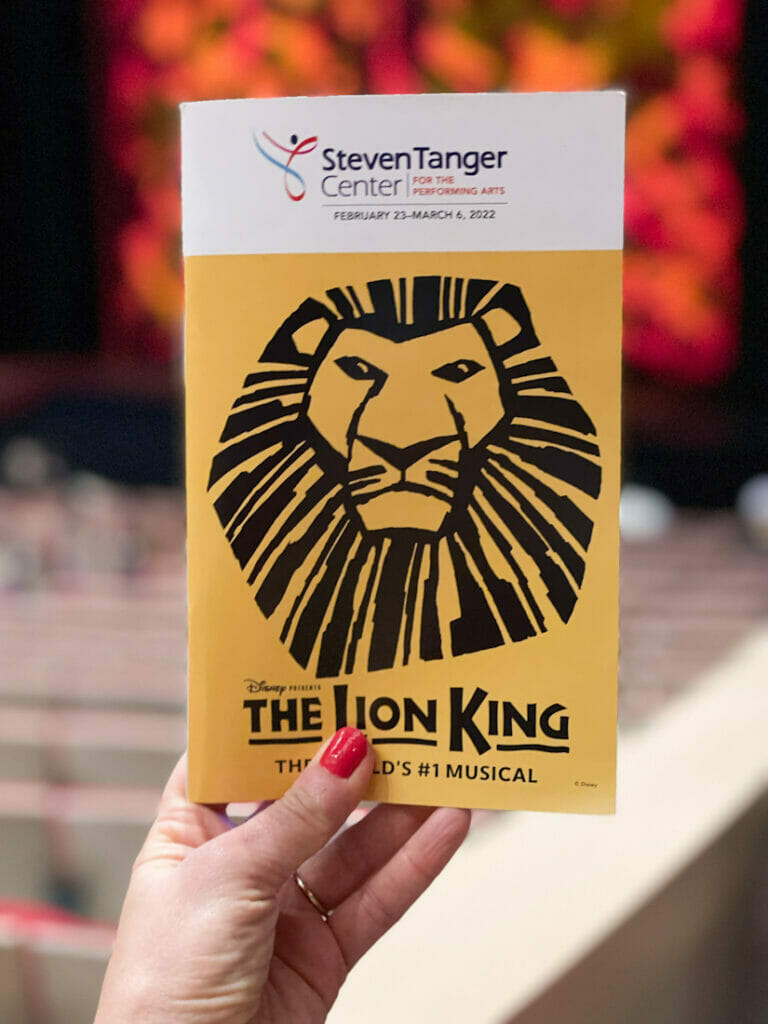 After dinner at Radici, Chris and I headed to the Tanger Center to catch The Lion King’s off broadway production. Since this show is a Disney affair, the costuming and special effects were outstanding. The opening scene was the most powerful that I’ve seen so far of any shows there . . . just breathtaking! If you get a chance, you must go! Plus, it’s loaded with all the songs you know and love. 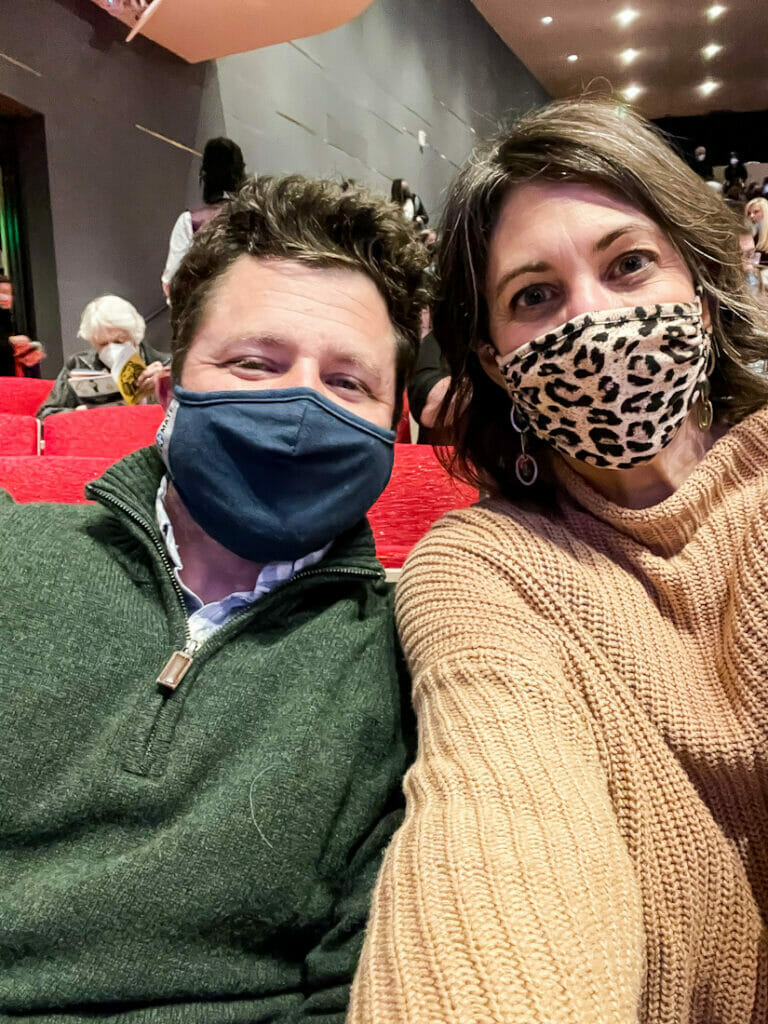 I have now seen five shows here: Wicked, Dear Evan Hansen, Come From Away, Rent and The Lion King. I can honestly say that I’ve loved every single experience and can’t wait to take in more. Next week, I will be there live when they announce the next season of Broadway at Tanger. And in just a week, I will be there to see The Simon & Garfunkel Story. If you are anywhere within driving distance to Greensboro, make a plan to visit! 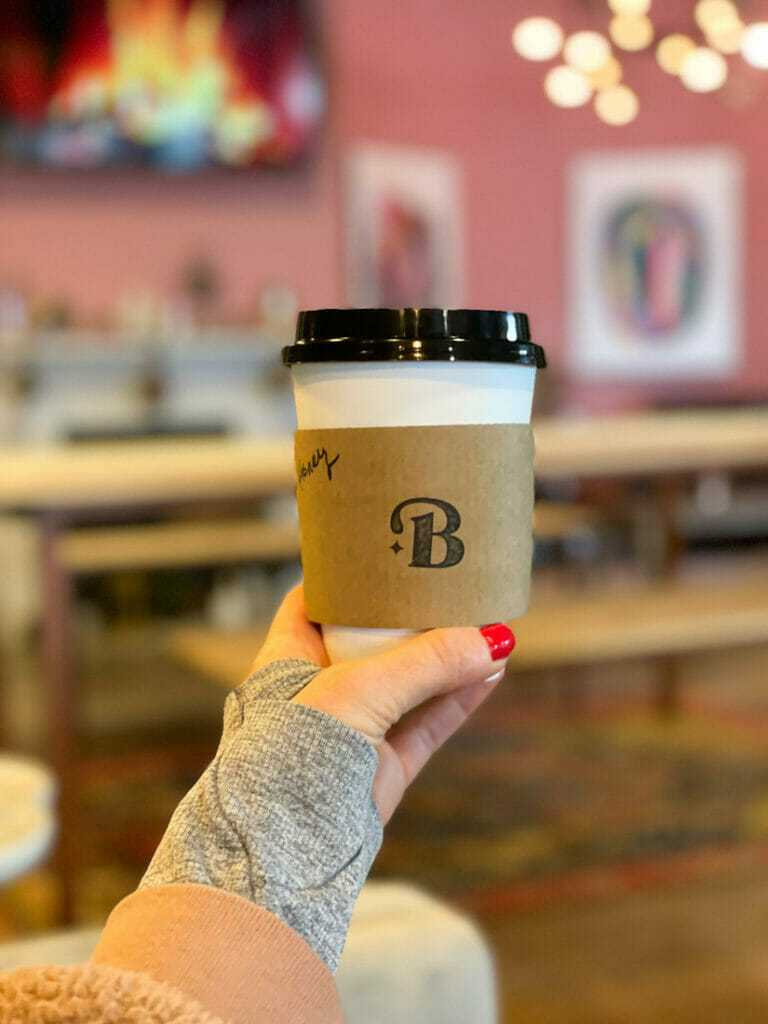 Last Saturday, I met up with my friends at Greensboro’s newest shop/coffee/bar, The Borough Market & Bar. I assumed I’d be there for an hour or so, but 3.5 hours later, I was home. We just had so much to say, plus the atmosphere was incredibly cozy and inviting. And some of us were having morning cocktails. I opted for a cinnamon honey oat milk latter. 🙂 This place is just another reason to visit Greensboro.

Sunday mornings here lately are for my longer Peloton rides. The dogs always follow me downstairs and lounge about while I ride. Last Sunday, Sawyer woke up and joined Catcher on the couch. As I finished my ride, I looked over and saw this: just a boy and his dog. We’ve only got Sawyer here for another year and a half, but I look at this photo and still see my littleboy. 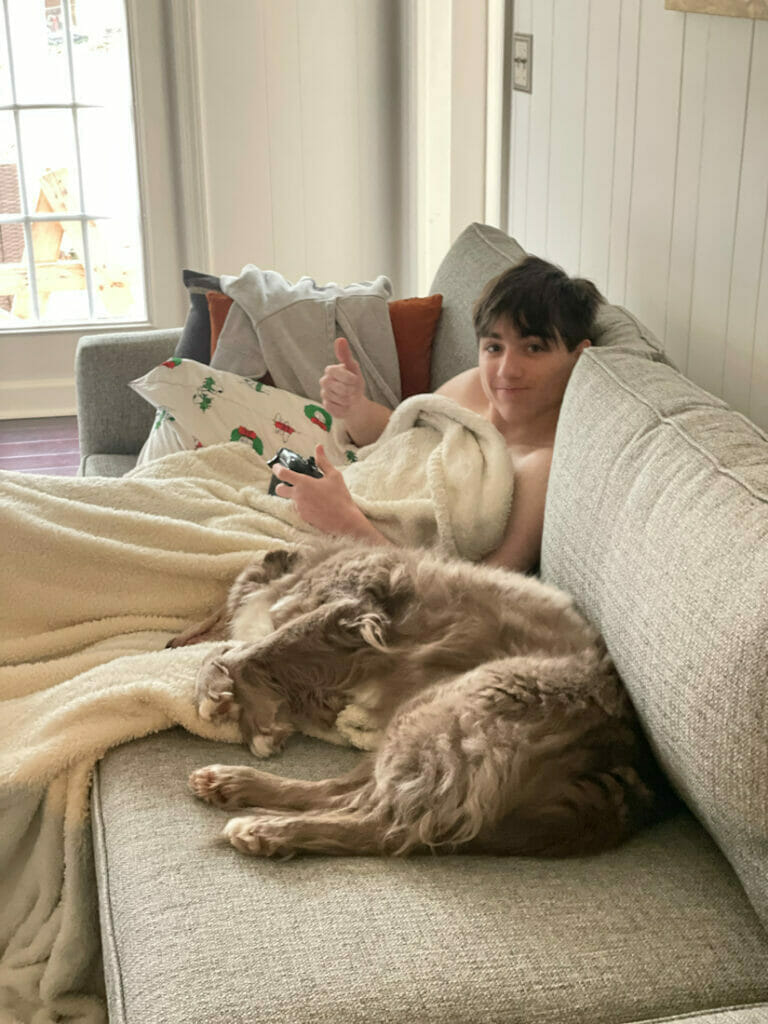 Speaking of my little boy, Wilder’s star chart has been working wonders and has helped his behavior at school improve over these past few weeks of using it. Last week, I told him I’d take him out for ice cream if he earned enough stars. As you can see, mission accomplished. Those little hands on that giant cone melt me as much as – if not more than – an ice cream enjoyed in the sunshine. 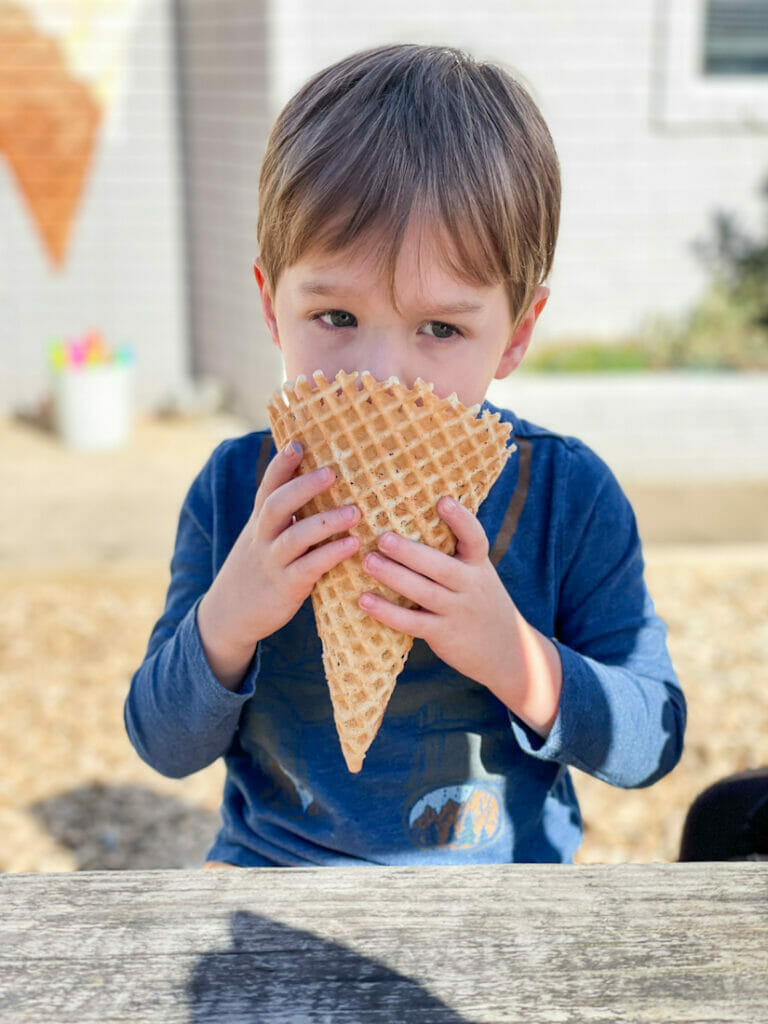 And with that, my friend, have a beautiful weekend. Suck the marrow out of life while you can. Eat the damn ice cream.