Anyone else feel like Mother Nature is having some serious hormonal imbalances? One day she’s a hot, sweaty mess and the next she’s frigid and rainy. Well, it appears she and I have more in common than I expected, which leads me to wonder if we’re entering the midlife of the planet? I won’t know the answer to that in my lifetime. Just like the weather, life certainly has had its ups and downs lately, but isn’t life just like that with ebbs and flows? Did you know that ujjayi breathing mimics the sound of the ocean and is one of the most pleasant sounds to the human ear? There’s something to be said of life coming and going like the tide and learning to move with it. I’m still learning, but I know that even in times of grief and pain and sadness in the world, we can rise to remind ourselves why life is worth living and to remind others what’s worth the fight – sacred joy. (P.S. Sorry this is late . . . there was some sort of technical glitch and it didn’t publish!) 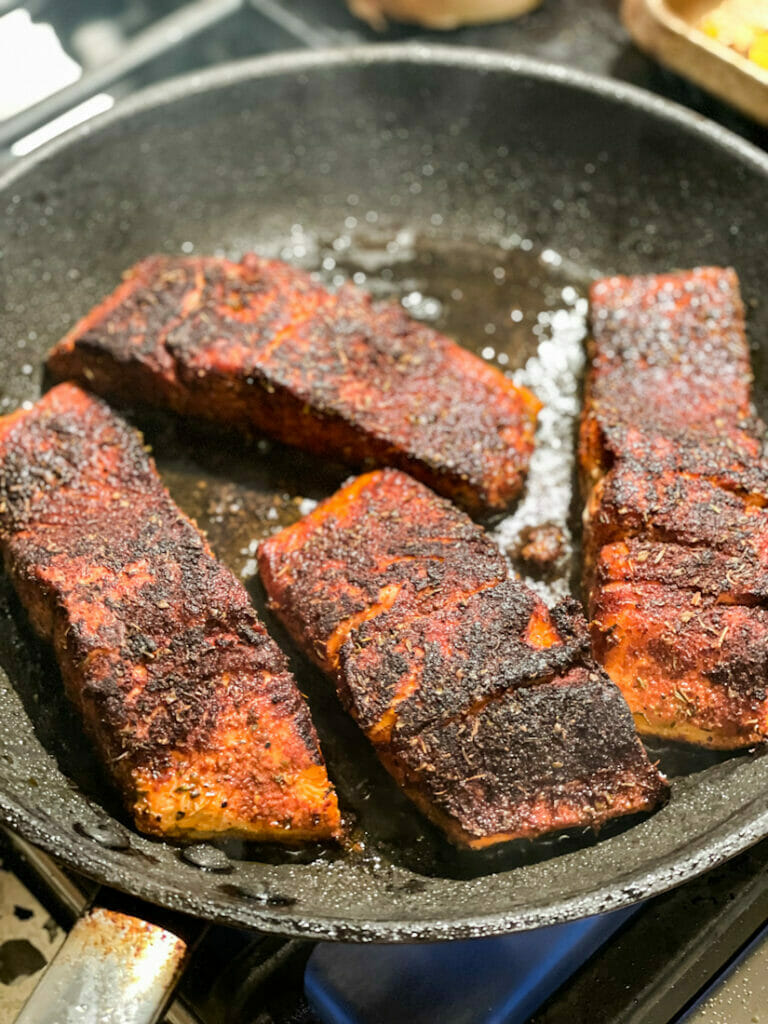 You guys must think all we eat is salmon, but it’s one of those foods Chris and I can agree on and I love the health and protein benefits it packs. This week we tried this blackened salmon with green sauce. I will say, I overcooked it a tad, but the flavor was awesome. The spices weren’t too hot, but it had a nice kick. 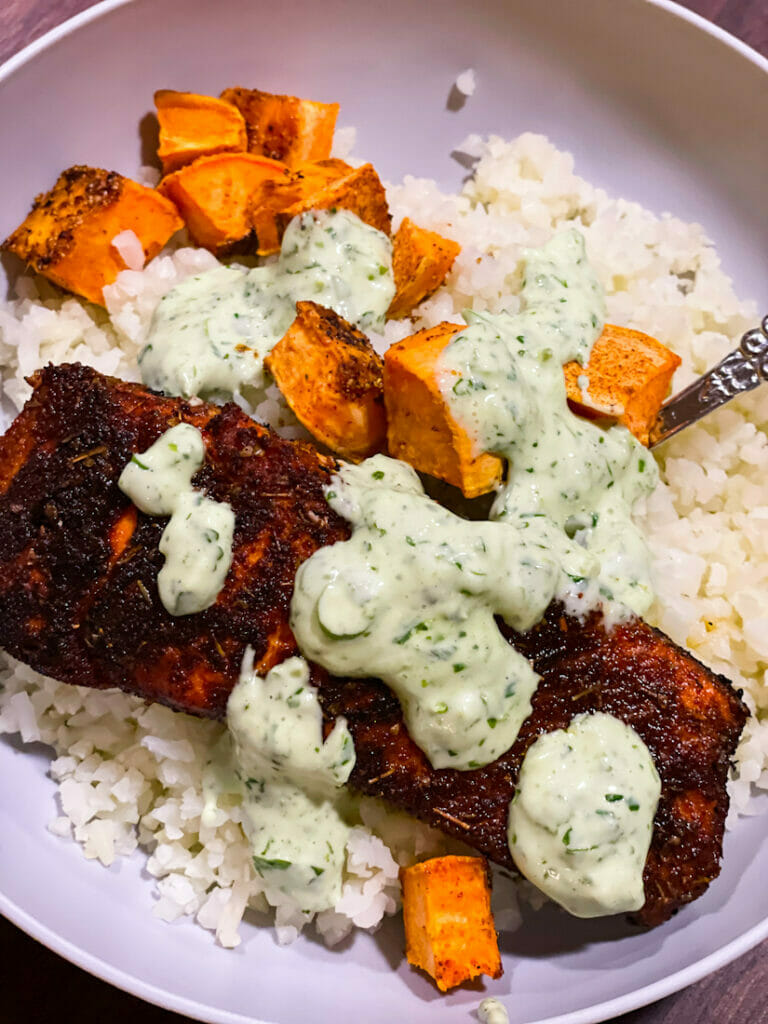 And the green sauce was a real treat that balanced the flavors. I roasted some sweet potatoes and served mine over cauliflower rice and Chris’ over white rice. 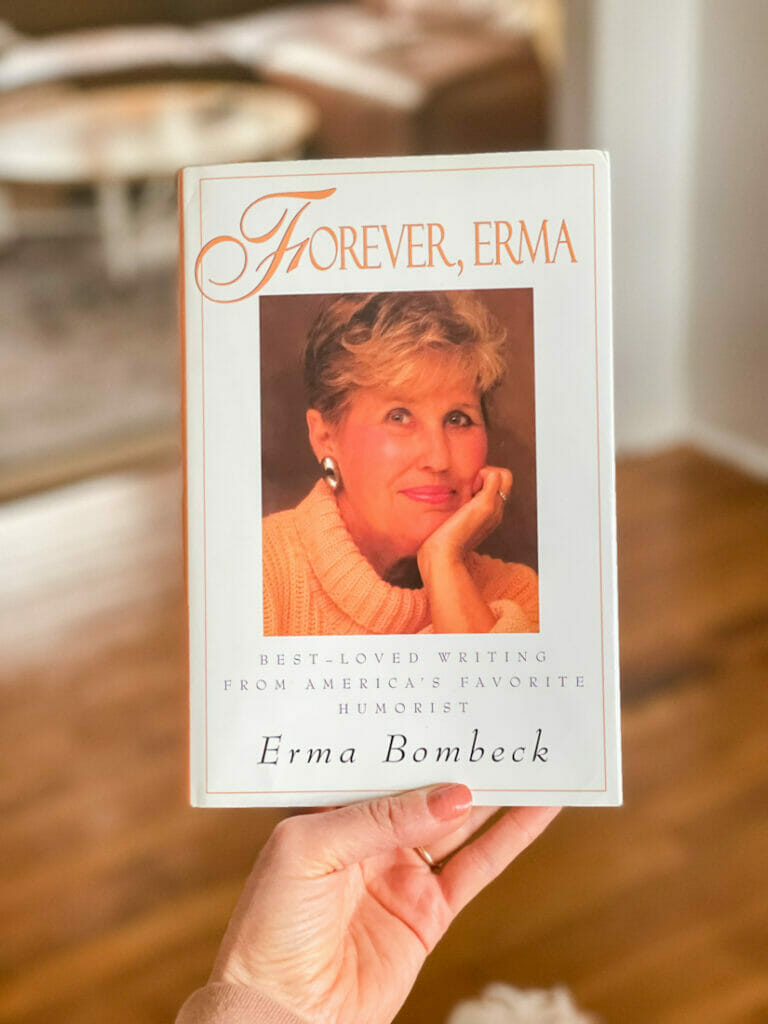 My mentor has told me much about Erma Bombeck and that he sees the potential in me to write like her. Last week, he showed up at my door with this book in his hand as a gift. It’s filled with short and witty essays that I’ve slowly been making my way through so that I can savor and learn through the process. She wrote many of these stories in the 1960s, but her sentiments are just as pertinent now – especially for mothers! She’s tells it like it is with humor and grace. 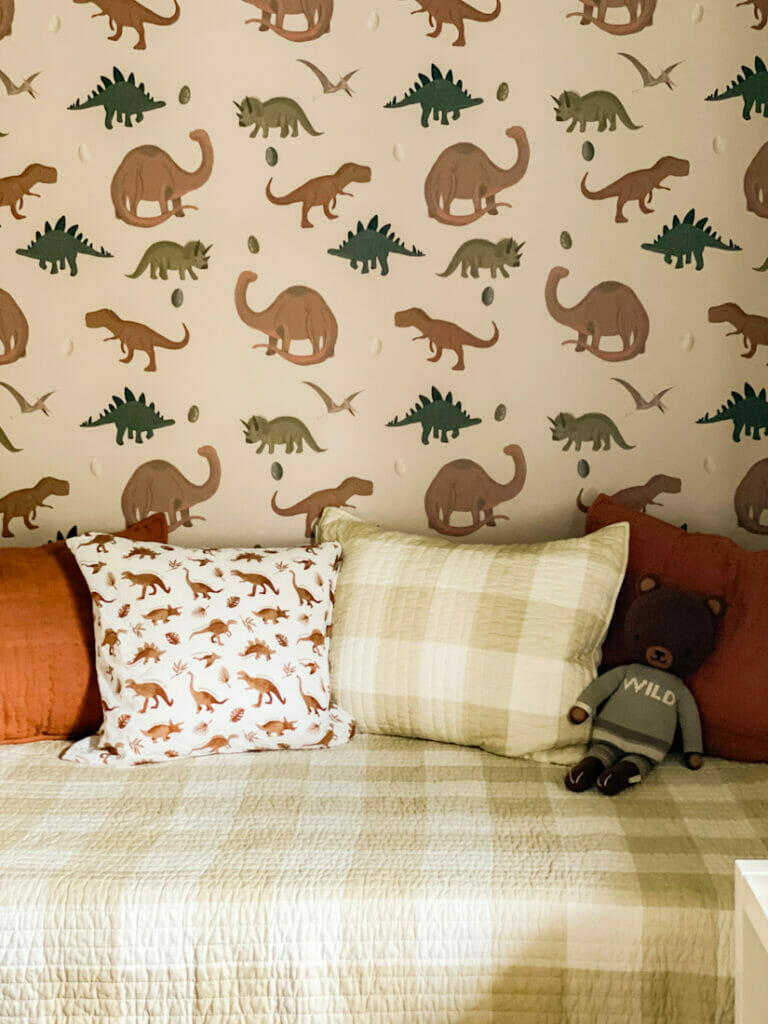 The award for the worst home blogger in the world goes to . . . me. One day I will finish getting Wilder’s room together and share it with you. For now, would you want to see what we’ve done so far? Also, I am retired from home blogging anyhow.

Last Friday evening, I found myself with a night alone. Well, not really alone. Chris was away and my teens didn’t want to hang out with me and Wilder was in bed, but it sounded better to say I was alone than to say my kids didn’t want to spend time with me. I pulled up the next closest thing and opened Netflix and saw a new series, Pieces of Her. I watched a couple of episodes that evening and wasn’t totally into it yet, but I don’t like giving up on things like television or desserts. I ended up watching the entire thing and it was really twisty and turny and I loved the surprise ending. Check out the trailer here:

YOU GUYS, there is so much amazing growth happening in our city right now that I feel so lucky to have moved here when I did. Several new businesses have opened. Boom Supersonic selected our city to be the home of its first manufacturing facility. Toyota is building its battery plant here. Syngenta broke ground this week on its North American Crop Protection headquarters. Kontoor – parent company to Wrangler and Lee – has experienced a surge thanks to Yellowstone. Volvo just broke ground on its financial services HQ. And on top of it all, the Steven Tanger Center for the Performing Arts has broken records on many of its shows as well as the sales of its season tickets in its inaugural year. What a time to be living in Greensboro! 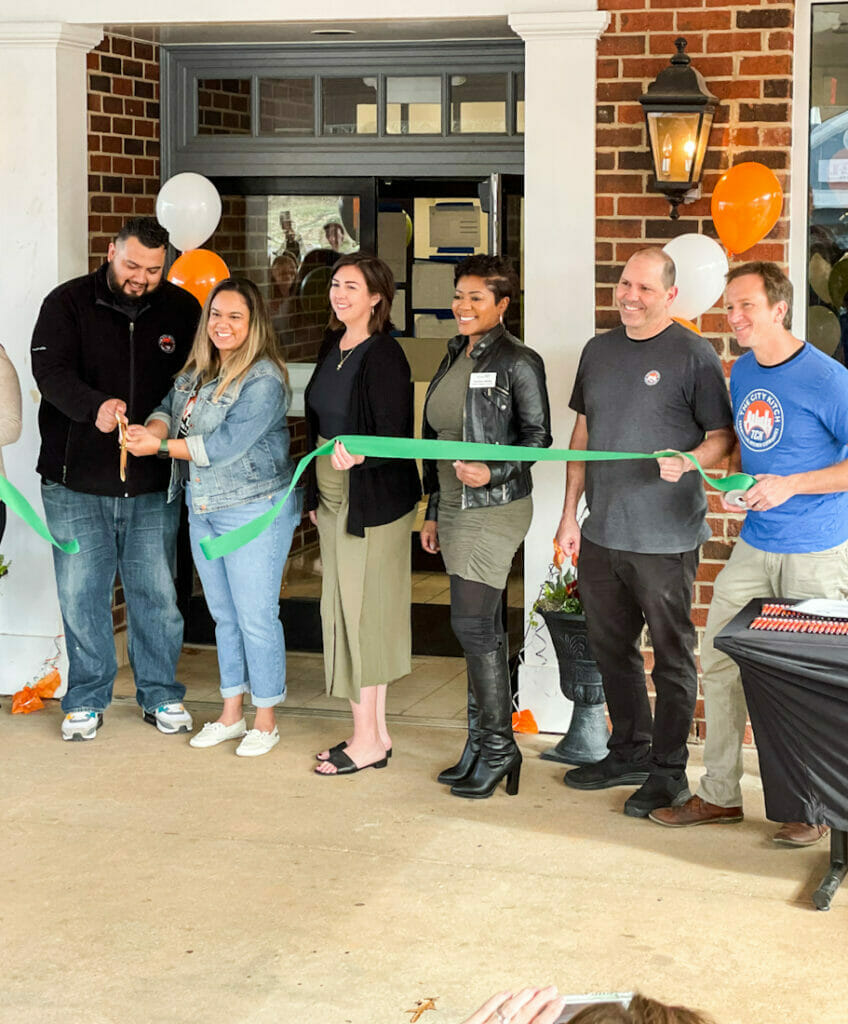 This week, I attended the ribbon-cutting for The City Kitch’s Greensboro location. This kitchen offers shared spaces as well as private suites perfect for those starting out in the food industry. And for those not in the industry, you can order take-out from the many businesses housed under its one roof! It’s truly a wonderful concept. 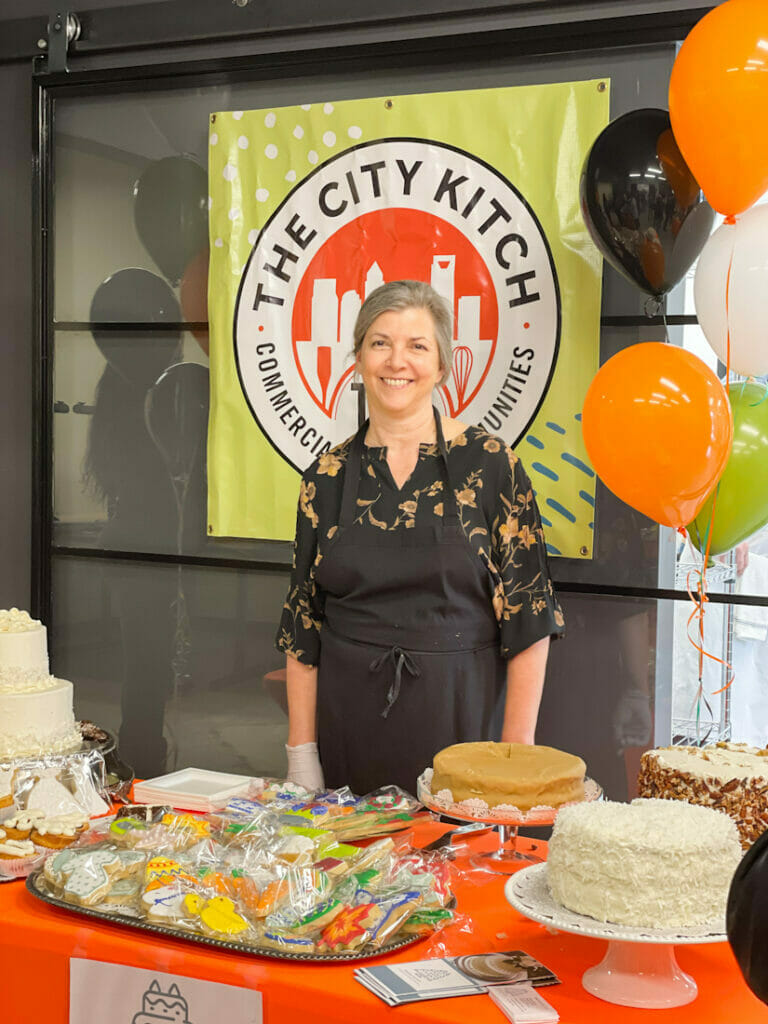 My friend Wendy has a private kitchen suite there for her business, Dessert Du Jour. I snapped this photo of her at the opening. She looked so radiantly happy! 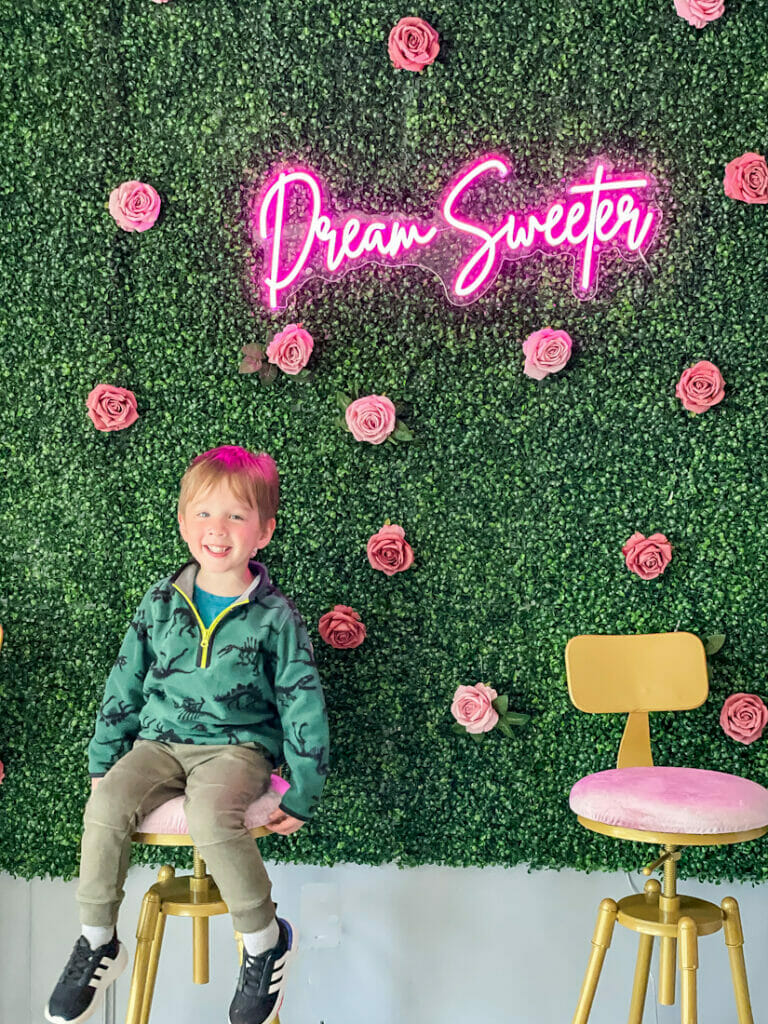 Wilder came with me to another business that just opened called Dream Sweeter. Yasmin makes incredible custom cakes you can see here. 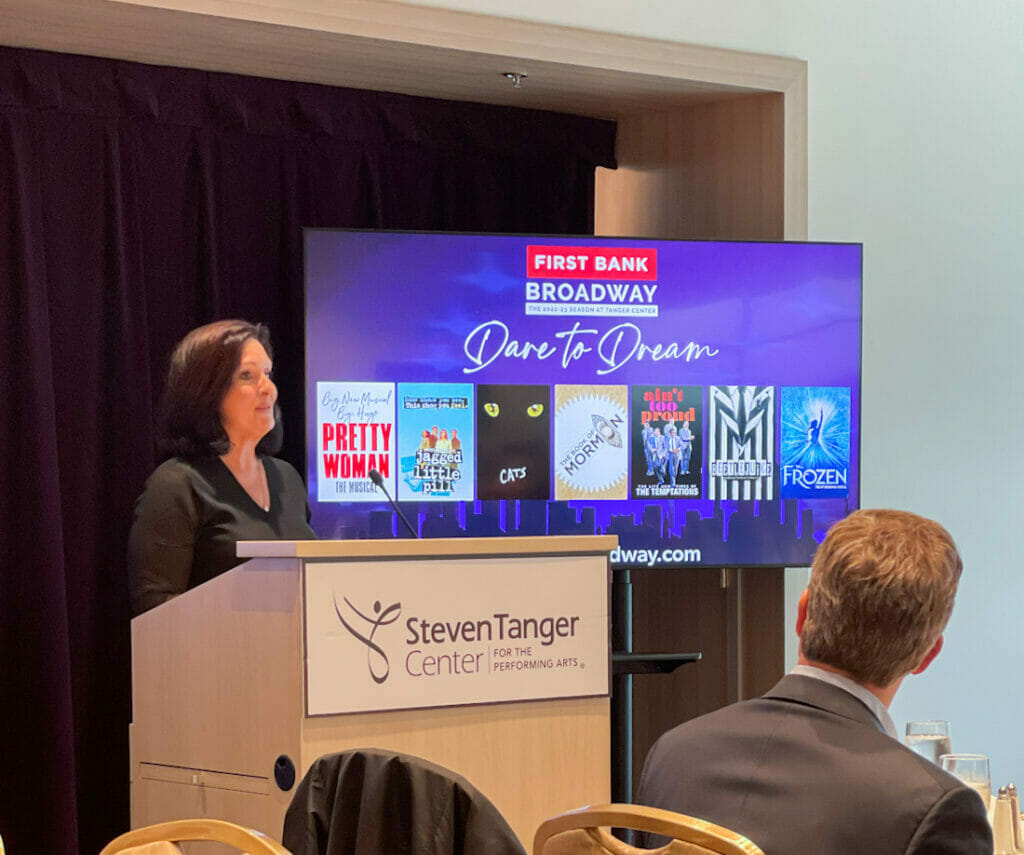 I was able to attend an event for the Steven Tanger Center this week. Mayor Nancy Vaughan announced the 2022-23 Broadway season! I can’t wait to see Jagged Little Pill and The Book of Mormon. So many wonderful shows to choose from! 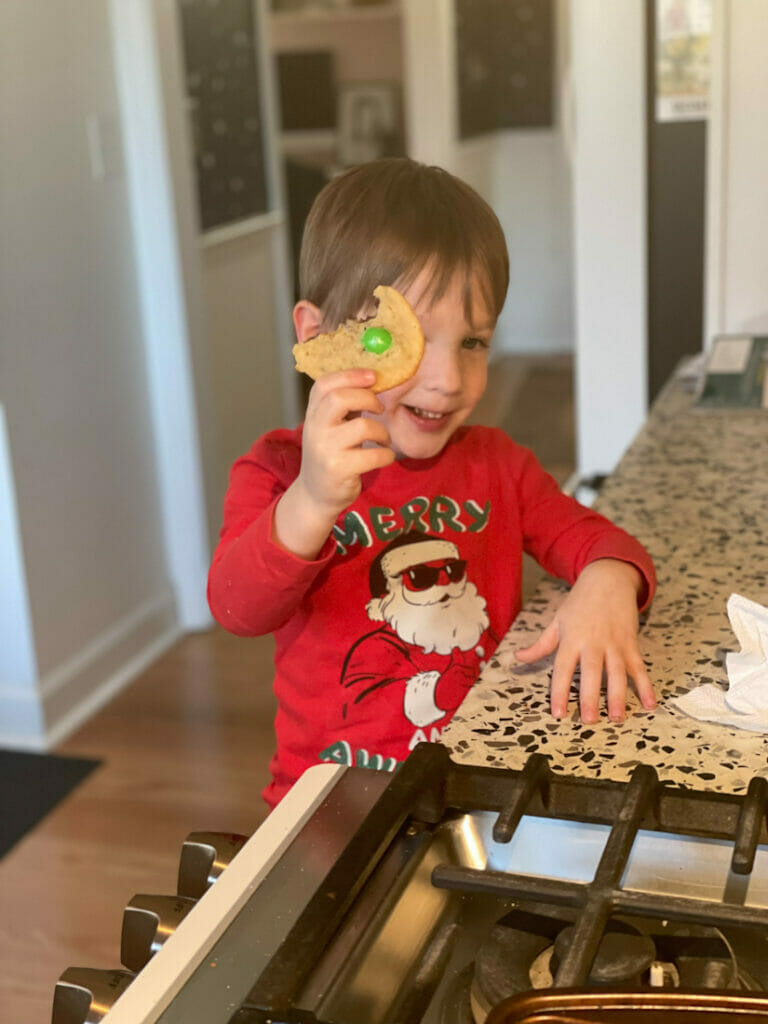 Last weekend, Wilder and I made cookies together. I didn’t have m&ms so we opted for chocolate chip. We had two single serving size packets of peanut m&ms so Wilder wanted to put one in the middle of each. While that didn’t sounds very yummy to me, I believe in letting my kids experiment and express themselves creatively when it’s harmless, so we went for it. In the end, he preferred the plain cookies, but he sure was proud of his idea.