Hello, friend.  Yes, I know it’s actually a Thursday (even though it’s easy to lose sense of time at the moment), but I’ve got a blog hop that was moved to tomorrow, so rather than abandon Feel Good Friday for another week, I am bringing it to you early.  Last we spoke was last week when I shared my summer kitchen shelves, and I promised I’d be back last Friday, but the weight of the world felt heavy, and I needed time to pause and work on educating myself, talking to my family, and understanding why we need to speak up and be actively anti-racist. I have actively worked on diversifying my own instagram and blog feed and today I want to share with you some of the things that have truly helped me grow as a person over the last couple of weeks, as well as some beautiful and tasty creations from Black content creators. (No affiliate links today, and instead am linking to a Black owned independent bookstore.) 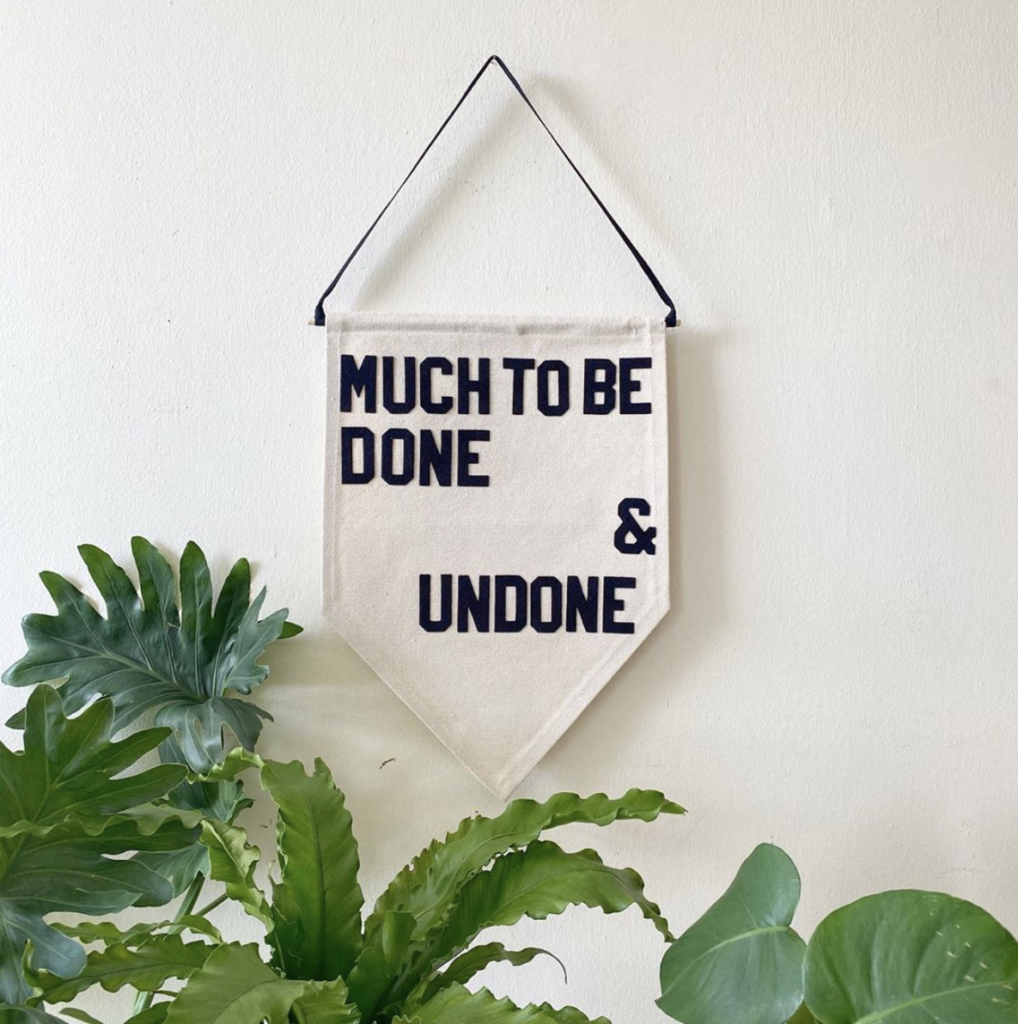 My talented designer friend Stacey recently shared a little peak at one of her colorful spaces with a banner that read “Only Love.”  I had to click over to see where she got it, and it came from Roachele at Rayo and Honey on Instagram. She has SO many beautiful pennants that speak to me.  She offers unique words and layouts, and I absolutely love her style. If you are looking for something special for your home, definitely check these out!

After reading all of the blogs that listed resources (and I am so grateful there were so many out there sharing that information), I landed upon the series When They See Us as my first intentional educational piece. This 4 part series was written by Ava DuVernay, and based on the true story of the Central Park Five.  It tells the heartbreaking story of five teenage boys falsely accused of raping a woman in Central Park, and found guilty even though there was no true evidence against them other then the fact that they were in the park.  These boys were simply in the wrong place in the wrong time, and because of the color of their skin, served years in prison for something they didn’t do.  Over the course of a week, each afternoon I would put Wilder down for his nap, and then watch.  I strongly recommend this series which was so well done artistically, but also had a message that got through to me.  I watched the last scene (I won’t tell you about what happened) where all of the mothers were shown, and I just cried… I cannot imagine having to fear every day that my teenage son might get sent to prison for things he didn’t do, yet that is the reality of being a Black mother in America.

I have yet to commit fully to being vegan, but I am getting closer to it each day.  I heard Jenné at Sweet Potato Soul on a podcast recently, and loved hearing her story, and her recipes look AMAZING, like this vegan Caesar salad with crispy chickpeas.  If you’ve never had crispy chickpeas, you are missing out, BTW.  She also shares healthy tips on her blog, and has a cookbook out that I hope to get. 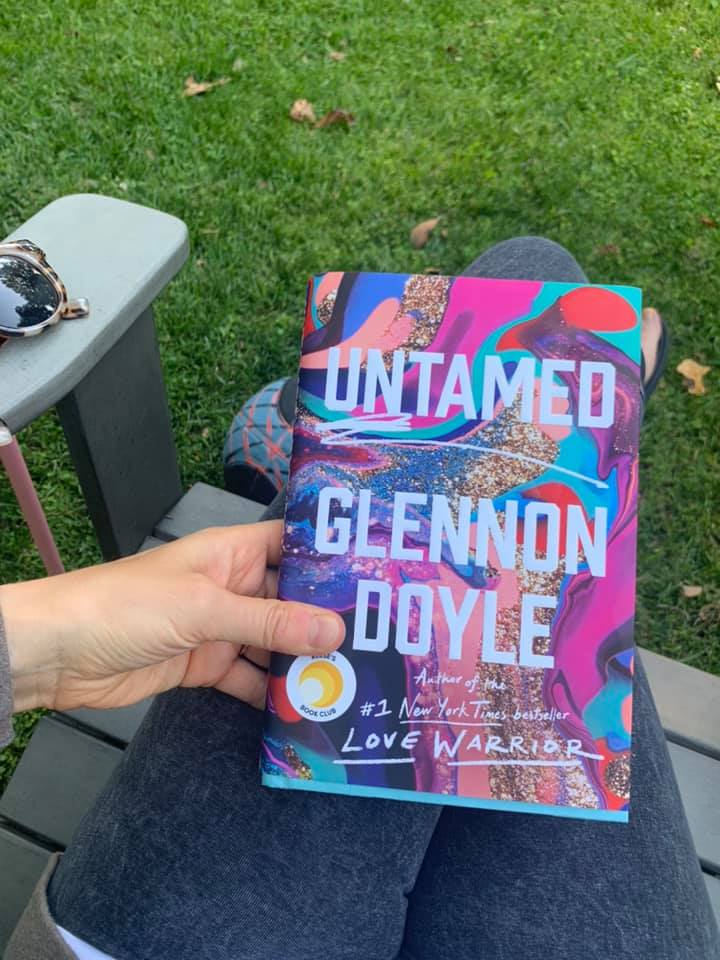 I owe you a recap of the books I have read over the last couple of months, but if I could only tell you to read one, it would be Untamed by Glennon Doyle.  This book will absolutely change the way you think about the world we live in and the way that we hide our true selves to fit into it.  While it’s not a book about anti-racism, there is a chapter dedicated to it that I happened to be reading when George Floyd was murdered.  There is one excerpt in particular that spoke to me that I’d like to share with you. In this chapter, Doyle talks about her father attending a church meeting after the Charleston shooting, where they gathered to discuss how they could help.  They decided that they would make donation baskets, and Doyle states how you could just feel the collective sigh of relief in the room that they didn’t have to do any “real work” on fighting racism.  Her father stood up and spoke, and I underlined this passage because it spoke to me.  He said, “I’m not here to make packages. I’m here to talk.  I was raised in a racist southern town. I was taught a lot of things about black people that I’ve been carrying in my mind and heart for decades. I’m starting to understand that not only are these lies, but they’re deadly lies. I don’t want to pass this poison down to my grandkids’ generation. I want this stuff out of me, but I don’t know how to get it out. I think I’m saying that I’ve got racism in me, and I want to unlearn it.”

Wow, right? It’s a step in the right direction to own up to it, and then another step to start the unlearning process.

Brené brown’s podcast has become a favorite of mine.  I’ve listened to every episode except for the ones about Little Fires Everywhere because I have yet to read that book.  Anyhow, yesterday she had on Austin Channing Brown, who I had never heard of because before recent events, I honestly didn’t give much thought to racial justice.  I am ashamed with myself for not seeing it before, but I just wanted to be transparent with you.  Austin Channing Brown is a speaker, writer, and media producer who works hard on racial justice in America, and this episode talked about her book and dug really deep into the topic.  It was one of the best conversations I have heard, and it was between two women who are friends, one white and one black.  I loved not only the thoughtful insight they shared, but also hearing their relationship at work.  This quote in particular really got to me.  “We all get shit wrong. The question is… have you built the capacity to care more about others than you care about your own ego? Will you choose to protect someone else over protecting your own ego?”

Finally, I want to encourage you to have hard open and honest conversations at home with your family.  We’ve been doing that here for the last couple of weeks.  Last week our date night was spent in a heated discussion.  We both have the same beliefs, but I am pro being a vehicle for change, and Chris thinks nothing is going to change.  He called himself “jaded.”  Do you know what that does for me? It inspires me to prove him wrong.  Emmy thinks much like I do and has watched some of the movies with me such as Just Mercy and The Hate U Give, but I had to have a chat with Sawyer, my soon to be 15 year old boy.  I opened the conversation, and he said, “Yeah mom, I know… Don’t be racist.”

“Sawyer, it is so much more than that.  You have to actively be anti-racist and stick up for your friends.  You go to school with several Black kids, right?”

“OK, so let me put it to you this way.  You’re going to be driving soon. If we were Black, I’d have to have a conversation with you about what to do if you get pulled over, and where you should put your hands, because if you didn’t follow what I said, you could potentially be shot by an officer.”

I could see Sawyer’s face stiffen, but I continued. “I’d have to worry every day that when you left the house, you might be accused of something just because you were around when it happened.  You might never come home because you might go to jail, or worse. What I am saying is that we don’t have to worry, I don’t have to worry, but I can’t imagine being a mother who sent my boy out every day and had to fear that he might never come home again.” My voice was starting to crack at this point, and the color had drained from Sawyer’s face.

“Good, then what I am asking you to do is not easy, but it’s right.  Stand up for your Black friends if you see something happening that’s wrong. And if you are out with your friends and you guys are doing something that isn’t that smart and you find yourselves in trouble, don’t abandon them in the situation. Stick up for your Black friends and make sure they are alright.”

It may not sound like a hard conversation, but it was.  We don’t have a lot of hard talks like this, but I am happy that we did it, and I could visibly see that I had gotten through to Sawyer.  As a white mother, I need to raise my kids to be allies, and that is what I intend to keep doing.

Anyhow I truly hope that these tools are as helpful to you as they have been to me.  I will move forward with more diversity in what I share, and would love to hear from you if you’ve got any suggestions of people I should check out. As many of us are, I am listening, learning, and changing. Much love to you. 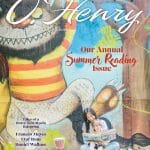 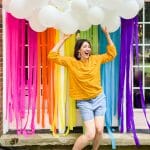 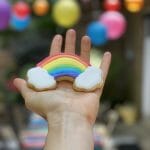 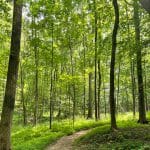 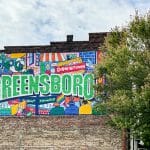