Wow, we are kicking off the 4th of July weekend!  It certainly feels different this year, and I hope that as we celebrate independence, we work towards equality, liberty, and justice FOR all.  I, for one, am determined to be a part of the changes that are happening in our country, so that all people have a voice, and feel that they have something to celebrate in all the future fourths of July to come. My older kids have been at the beach this week playing with their cousins, so Chris, Wilder and I have had a pretty low key and quiet week.  We’ve watched movies, read, taken lots of walks, and it’s been quite nice. These are some of the things that spoke to me this week.

I love a feel-good movie!  I had just finished reading a book Sunday and wasn’t ready to start a new one, so come Monday night I picked up the remote and started perusing Netflix. I came across The Half of It and we decided to give it a shot.  This movie follows the story of high school senior Ellie Chu, Chinese American who is bullied a bit, and seen as a nerdy outcast who is only appreciated for her paper writing skills, which she solicits to classmates. When Paul Munsky approaches cash-strapped Ellie to write a letter to a girl he has a crush on, Ellie accepts so that she can pay her father’s power bill.  The only drawback is that the recipient of the letter is the same girl Ellie has a crush on.  This story had some truly funny moments, but was really about true friendship, and the things we will do for the people we love, platonically or romantically.  It was such a sweet story, and I was sad when it was over… not because the story was sad, but because I fell in love with the characters and wanted to watch them make something of their lives.  I definitely recommend this one, and it can easily be watched with older kids (tween/teen).  Check out the trailer below. I just watched it again to post it here and now I’m crying because I just loved this story so much.

I’ve raved about it before, but I am really loving Oprah’s Supersoul Sunday podcast.  Actually on a recent episode of another podcast I love, Unlocking Us with Brené Brown, Judd Apatow mentioned that he and his wife, Leslie Mann, listen together on Sunday mornings.  I thought that was so sweet and wonderful and mentioned it to Chris who pretended not to hear me.  I digress… Oprah has had Pastor Joel Osteen on a couple of times, and I love listening to him talk because he is such a source of positivity and light in this world.  Monday morning I was feeling tired and unmotivated, but I laced up my shoes and set out for a run anyhow.  I put on this episode because I knew I needed some of Pastor Osteen’s energy.  He talked about the power of positive self talk… using the words “I am…” and completing them with what you aspire to me because we become what we tell ourselves we are.  It was just what I needed to hear, and on that run I repeated in my head, “I am strong, I am capable, I am a runner.”  Before I knew it, the run was over, and I had made it through without once feeling like I wanted to give up.

When my mom visited this past winter, we took a trip to Barnes & Noble where she purchased this book, The Secret Diary of Hendrik Groen.  I had seen it on the shelf and pointed it out to her as it seemed like something she might like.  When she finished it, she let me read it, and I loved it!  It was such a unique book, told in the daily diary format of an elderly man in an assisted living home in Amsterdam.  Hendrik weaves the story of the unlikely friends he meets, the beginning of the Old but Not Dead Club, and he shares an honest look at old age and what happens when our bodies start to fail us.  This story was bittersweet, but also hopeful.  The theme throughout would be that life is worth living when we make plans and have something to look forward to with people we care about. 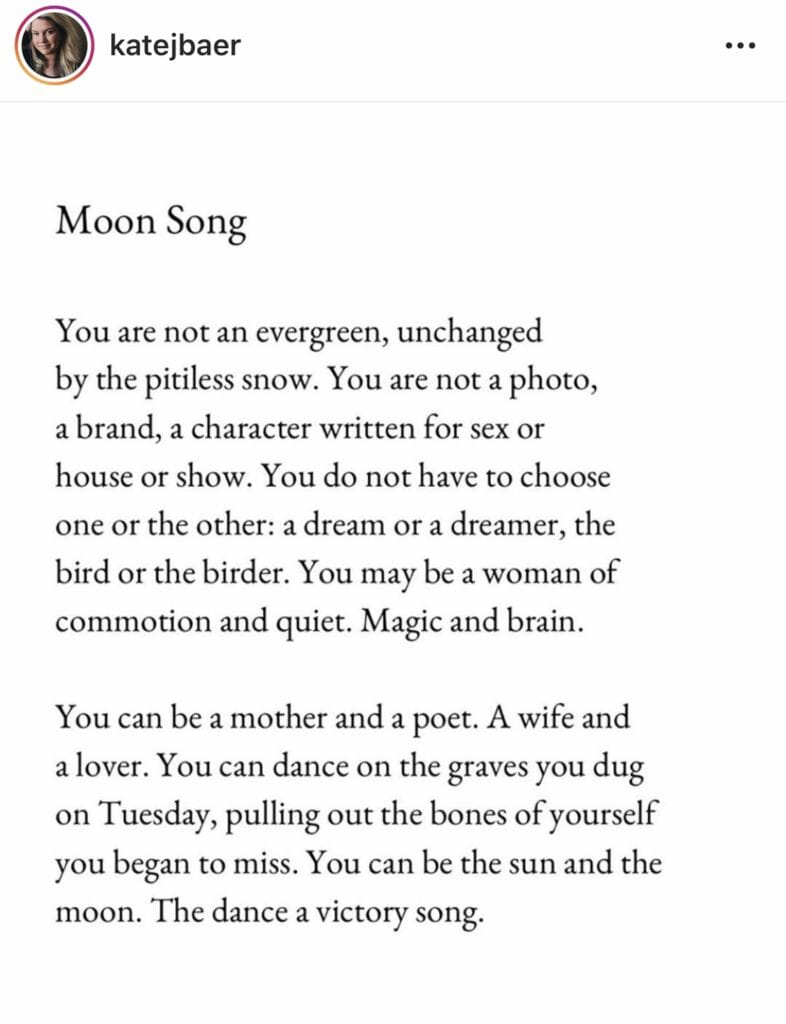 As I mentioned last week, I have really been getting into reading more poetry, and ordered a few books.  I read most of them already, and while they are beautifully written, I find myself noticing that the trends are love, lost love, grief, healing… as I read, I couldn’t help but wonder, where are the poems for the weary moms?  Almost as soon as I had that thought, the poem above appeared in my instagram feed, and I thought, “yes, there it is.”  Kate Baer has a book coming out soon, and I am adding it to my list. It’s entitled, perfectly, What Kind of Woman.

13th has been at the top of many “must see” Black education lists, and I finally made the time to watch it last weekend.  It takes a look at the 13th amendment which abolished slavery, “except as a punishment for crime.” This film, artfully created by Ava DuVernay, opened my eyes to the fact that our prisoners are basically doing the work of slaves, and by now I think we all know that Black men are the most likely to go to jail.  One in seventeen white men is likely to go to prison, whereas one in three Black men.  There are even large corporations that use prisons to create their products… I honestly had no idea, which I am embarrassed to admit.  This film was eye-opening and very well executed.  I would highly recommend it to anyone who wants to know more about the injustice of our systems.

Finally, I wanted to share one last thing with you for fun! Last week I showed you some of the lettering I had been playing with, and I decided to put it to use and create handmade Father’s Day cards for both Chris and my dad.  Chris and  had just watched an old film noire, Gaslight starring Ingrid Bergman, and in it her husband is so controlling and at one point tells her to “Go to your room.”  Being a modern couple, we both found it kind of funny and kept repeating that line to one another, so I made it into a card.  Inside I wrote something about how much we would each love it if we could go to our rooms alone these days! 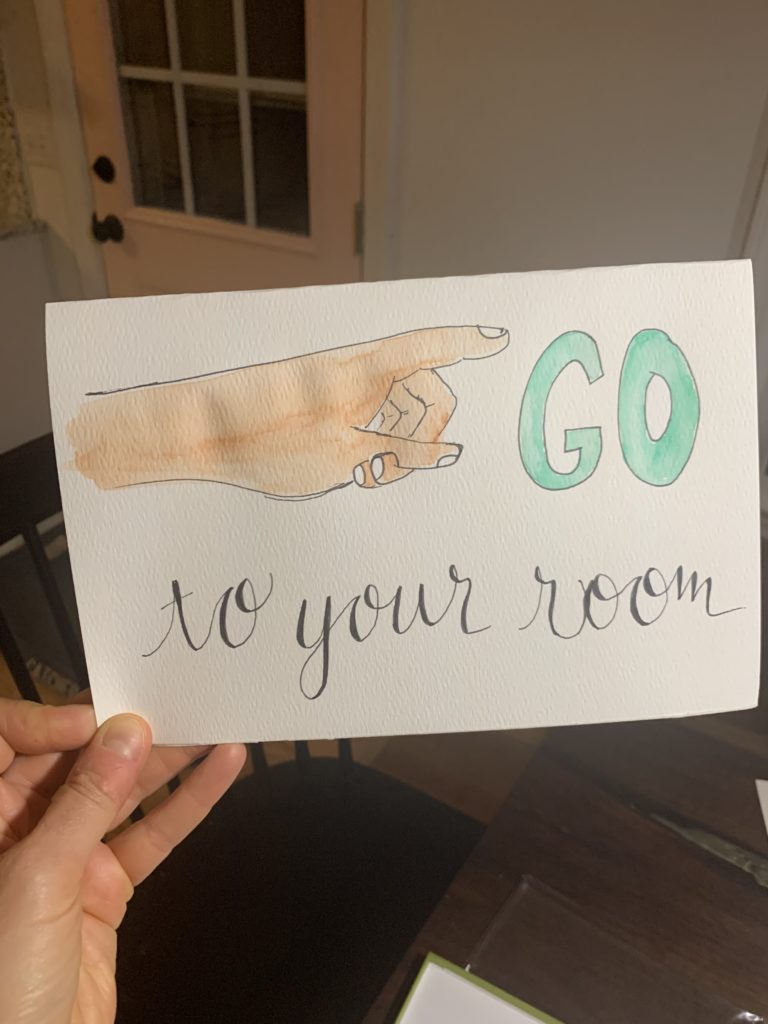 For my dad, I created a card that has a saying from a show we’ve seen live together twice now, so it’s kind of become our thing… The Red Green Show named for the red and green suspenders the main character wears.  Inside, I wrote that I hope he doesn’t change. 😉 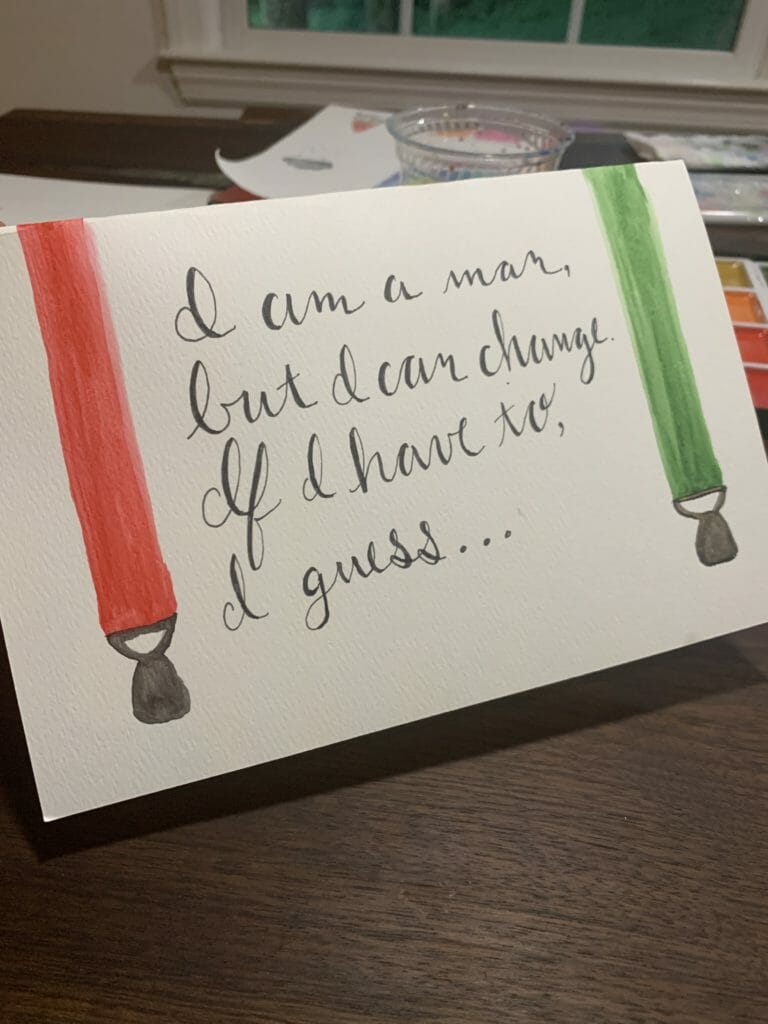 Finally, this one I just created for fun… 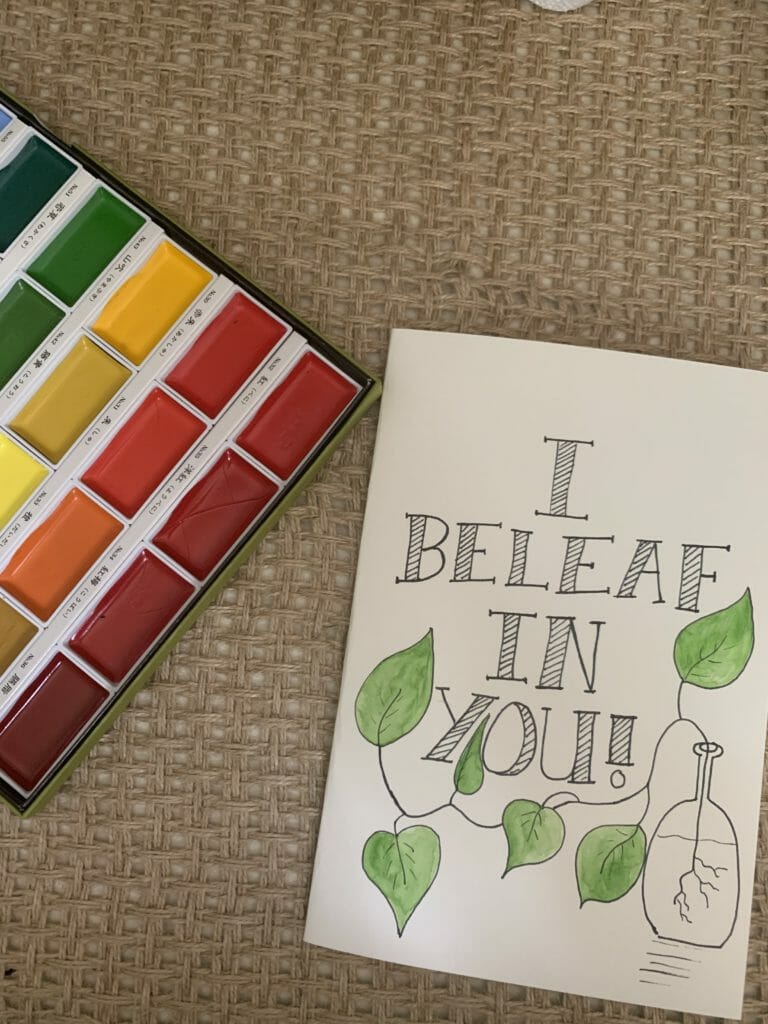 Well, my friend, I hope you and your family have a wonderful weekend, and that you do something that feeds your soul and honors your body. Much love, Cassie

« How to Make an Oversized Modern Wall Hanging for Under $10
12 Books to Check Out: Everything I Read in April, May, June & July (so far) » 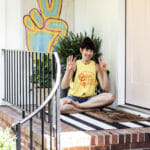 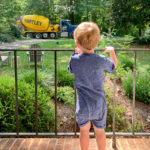 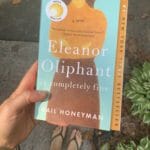 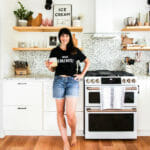 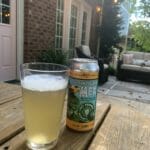