Welcome, 2021.  We’ve been waiting for you. I hope you all had a safe and magical celebration last night, ringing in the new year with loved ones.  We spent the night together as a family of 5 (until 8, when Wilder went to bed, that is) playing games and watching trashy musical NYE shows, as is our tradition. We classy. While I’m not making any big resolutions, I have selected a few words for the year to be my reminders and mantras, and after celebrating a little too hard last month, both Chris and I are doing dry January.  Our livers thank us. As does my skin; wine is not kind to wrinkles. Anyhow, I will be sharing my words (I couldn’t pick just one) next week, and would love to hear yours as well if you’ve selected one. If not, think about it and report back next week. Now let’s get into the first Feel Good Friday of 2021! (This post contains some affiliate links.) 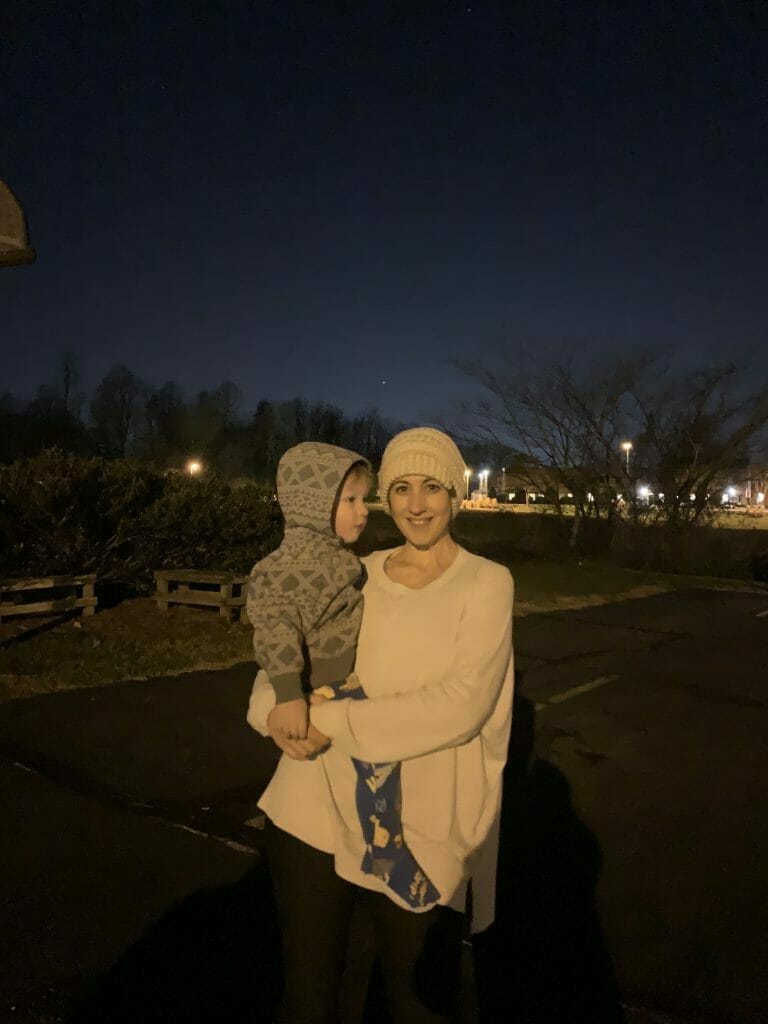 Taking Advantage of Once in a Lifetime Cosmic Events

When I heard that the “Star of Bethlehem” would be visible for the first time in about 800 years, and that it wouldn’t again be seen for at least 60 years (at which time I will likely no longer be here), I seized the opportunity to see it.  Chris, Emmy, Wilder and I headed to a church parking lot near our house with a clear line of visibility and took it in. (Sawyer was not interested – teenagers!) This photo just shows one dot above our heads, but from where we sat, we could make out both Saturn and Jupiter. Moments like these remind me of how small we truly are in this world, and just how much magic and wonder exists outside of our limited awareness. In addition to that night, there have been so many blazing sunrises and sunsets, as well as the largest moon I’ve ever seen in my life on Tuesday morning of this week. I stepped outside for a run, planning to capture a photo as I rounded a corner with better visibility, but by the time I arrived, it had sunk too low and I couldn’t see it anymore.  While I was upset that I couldn’t share it, I tried to remember what a gift it was that I got to experience it in a beautiful solo moment.

An Inspiring Podcast for Aspiring Writers

Late this fall, I took a bit of an “inspiring podcast” hiatus.  Sometimes it’s nice to quiet all of the voices, even the positive and well-intended, to just take some time to listen to your own inner voice. Last week, I finally felt ready to listen to motivational podcasts again and played an episode of Cathy Heller’s podcast featuring Phil Rosenthal.  He’s the writer behind the well-known and beloved sitcom, Everybody Loves Raymond. There were so many nuggets of information from this conversation, but my favorite piece of advice was just to write every day.  Phil suggested that we write the little things down that happen, the moments that are seemingly ordinary but make up our day.  Much of what he’s written for television are pieces stolen from his own life. This particular episode spoke to me and influenced one of my words of the year. In addition to sharing his own helpful story of success, Phil also exhibited contagious exuberance, and as soon as I removed the headphones from my ears, I felt energy pulse through me. 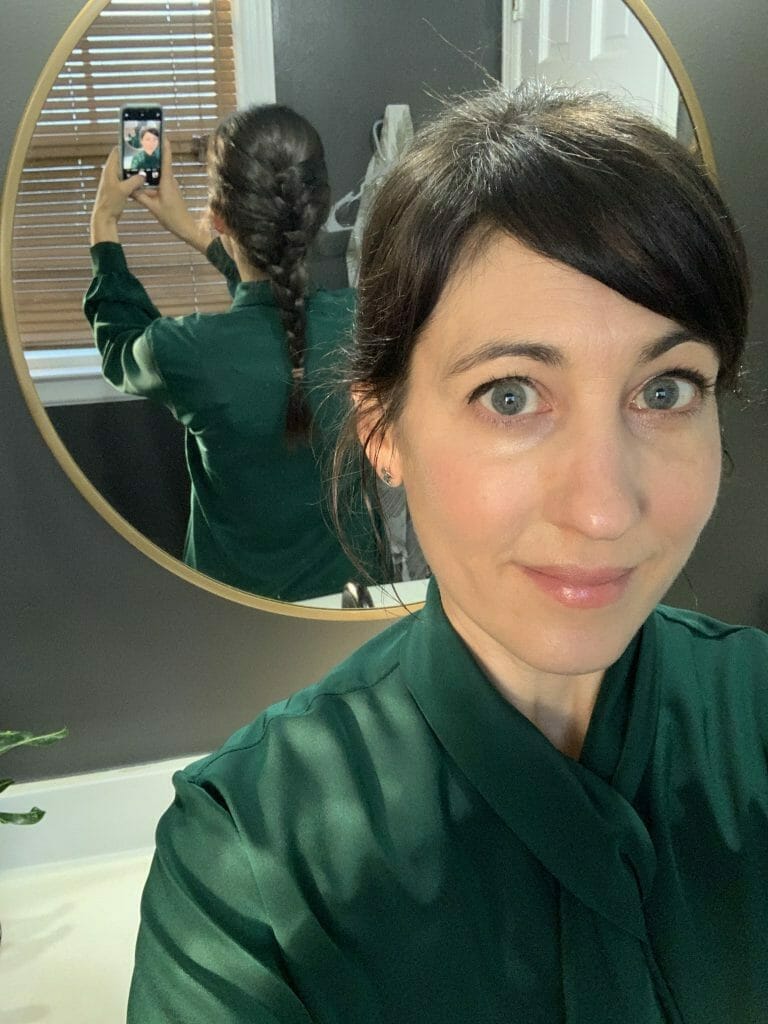 The last time I wrote one of these posts, I mentioned Taylor Swifts latest album, which features the backside of her head coiffed into a French braid on its cover. As a child softball pitcher, my mother often pulled my hair back into a neat french braid.  Several years ago, I taught myself how to do it on my own head because I like to wear two braids under a hat sometimes, and French stay in place much better than standard.  I  haven’t worn one straight down my back in years, this album reminded me just how simple and beautiful that style can be. 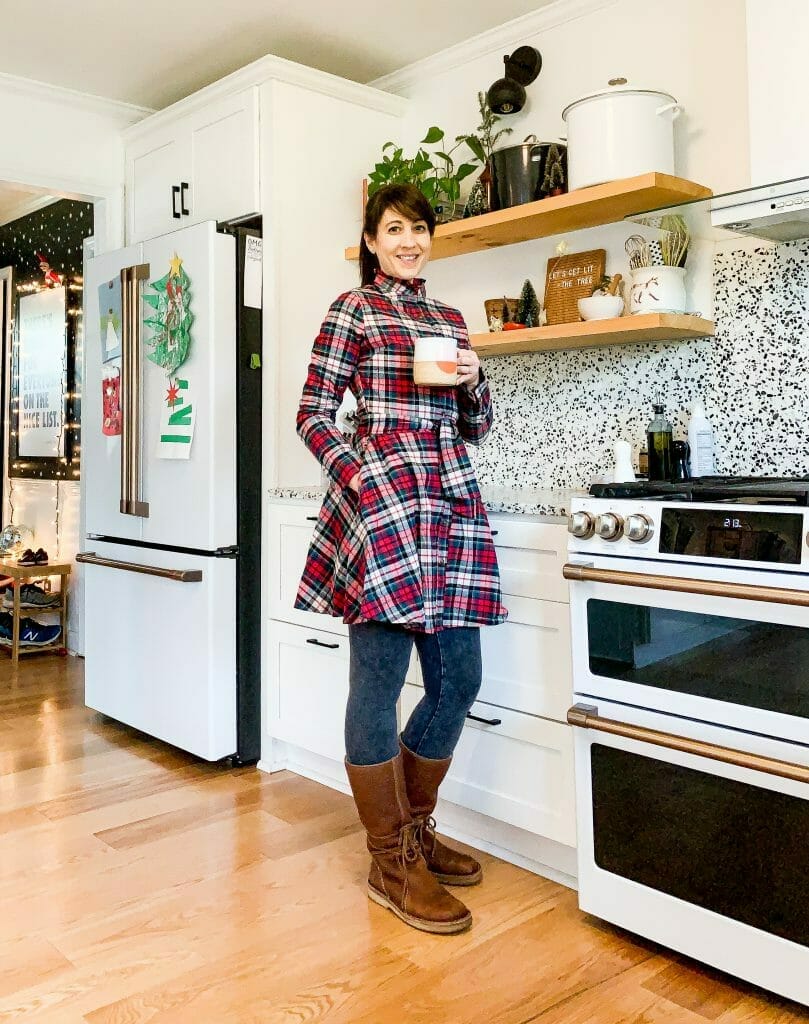 Speaking of my childhood, did you know I grew up in a charming small town in New England?  Every year, particularly in September, a nostalgic homesickness sinks in and lasts throughout the holidays.  Apple orchards, cozy woolens, plaid barn coats, warm cider donuts, white Christmases… you get the idea.  Apparently, facebook knows about that hole in my heart, and decided I needed some Kiel James Patrick ads in my feed.  Damn them! The moment I laid eyes on their plaid flannel women’s dresses, I was hooked.  Unfortunately, they are a little pricey for me, and I put it out of my mind, but I did happen to mention it to Chris and showed him “The Dress of My New England Heritage Dreams.” I honestly didn’t anticipate getting that dress, nor did I imagine Chris actually heard me since often times around here I feel like I must sound like the adults in Charlie Brown. We had a brief visit with my in-laws a week before Christmas, and I was thrilled to discover that they’d bought the dress for me! The above photo is from the day I got it, just trying it on in excitement.  Below, I made my family wear something fancier than athleisurewear on Christmas and take a photo together. They may not look it, but my teens are happy and well-adjusted kids. 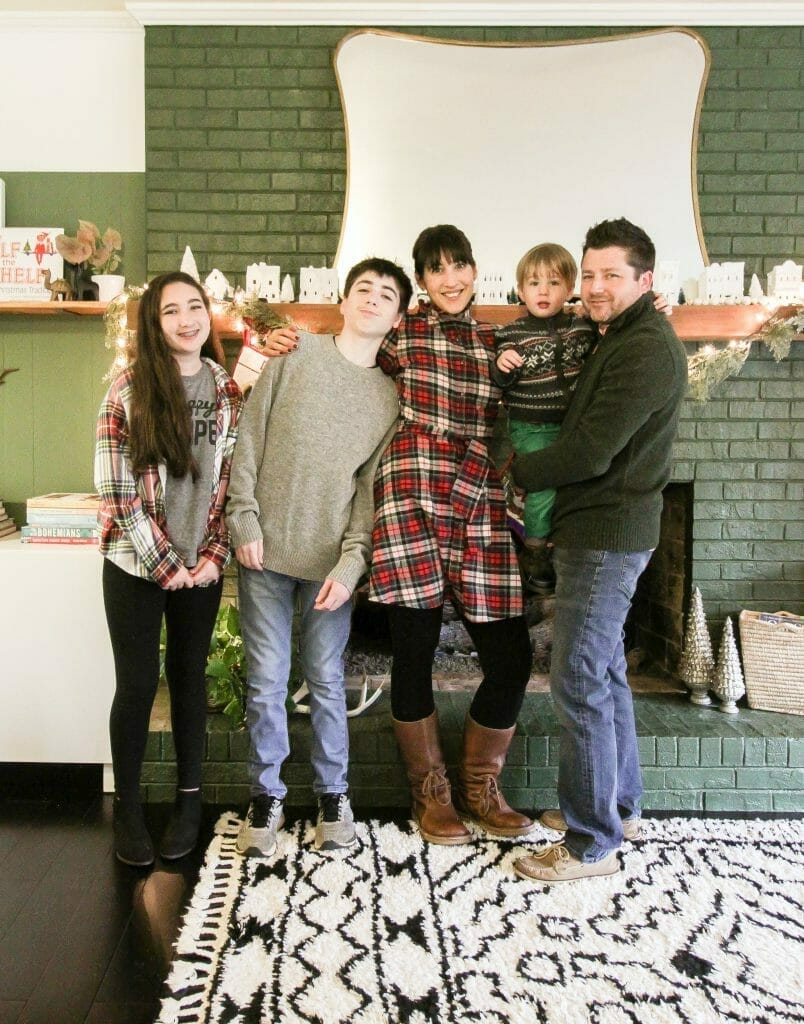 Lastly, I want to leave you with a new song by Ed Sheeran, in case you haven’t heard it.  As I was waiting in my car to pick up Sawyer from soccer practice, the radio DJ announced Afterglow.  I’ve been playing it on repeat at my house, and told Chris that this is the kind of song every woman dreams a man will write about her one day.  I expect he’ll have something written for me any day now. 😉 Might be more along the lines of a nursery rhyme or limerick, but I will take it.

I hope you have a relaxing and restorative weekend and wake up Monday morning ready to take 2021 by the cajones!  Things are looking up, my friend. Much love to you.