You guys, Wilder just finished his last week of summer school and has the entire month of August off. Meanwhile, on August 9, which happens to be my birthday, Chris starts 5 weeks of training where he will be gone every week from Monday through Friday. I will be placing a wine donation box on my porch, thank you very much. I’ve hired help, but knowing that every morning and every night will be me on duty all that time is an exhausting thought. Do you ever pause and think, “Oh man, I am so tired and I have to wake up and do it all again tomorrow and the day after that and the day after that and . . . ” Just me? I am going to do my best to focus on the good things during that time, and I think these posts are going to serve to remind me that there are so many good things to be found even in the hard times.  This past week was all about good ol’ summer fun so I’ve got lots to share! Fill up that coffee cup and grab a seat. 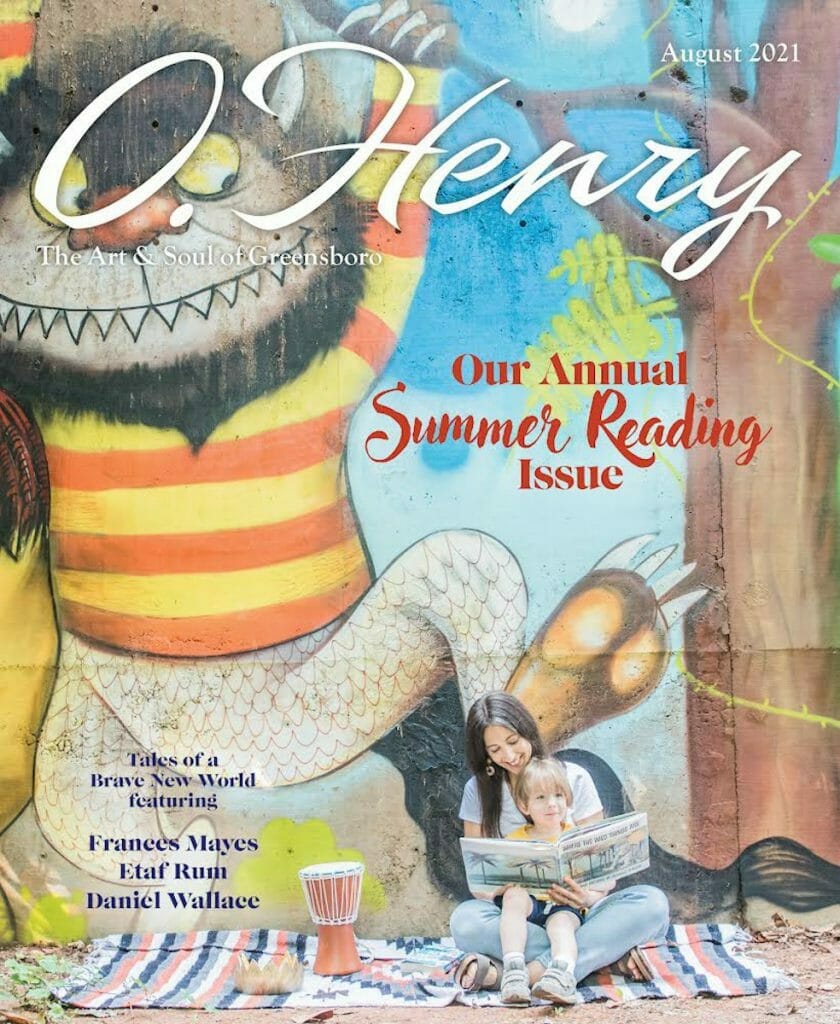 This blog uses affiliate links and I am an Amazon associate. I earn a small commission on qualifying purchases made through my links.

Recognize some faces on that magazine cover? Our August reading issue of the magazine is now out and Wilder and I had the honor of being on the cover. When we met about the cover months ago, I as informed that every August for our summer reading issue, the cover featured a different spot in town with someone reading. A photographer friend had recently informed me about this Where the Wild Things Are mural that wasn’t yet complete so I tossed it out as an idea. The creative director loved it and then she and our designer started whispering back and forth, apparently discussing that they thought Wilder would be the perfect model. When they asked me, of course I said YES! They told me to be ready to jump into a few photos as well. On shoot day, Wilder was having none of it, so, as you can see, we did it together. Madalyn Yates captured us so well and I now have these special photos of me and my wild thing forever. And what a treasure to be on the cover – sitting right next to the names of bestselling authors who wrote short stories for the issue! (Info: Mural by @artistraman, located behind Kick Ass Concepts, commissioned by Kotis Street Art.) 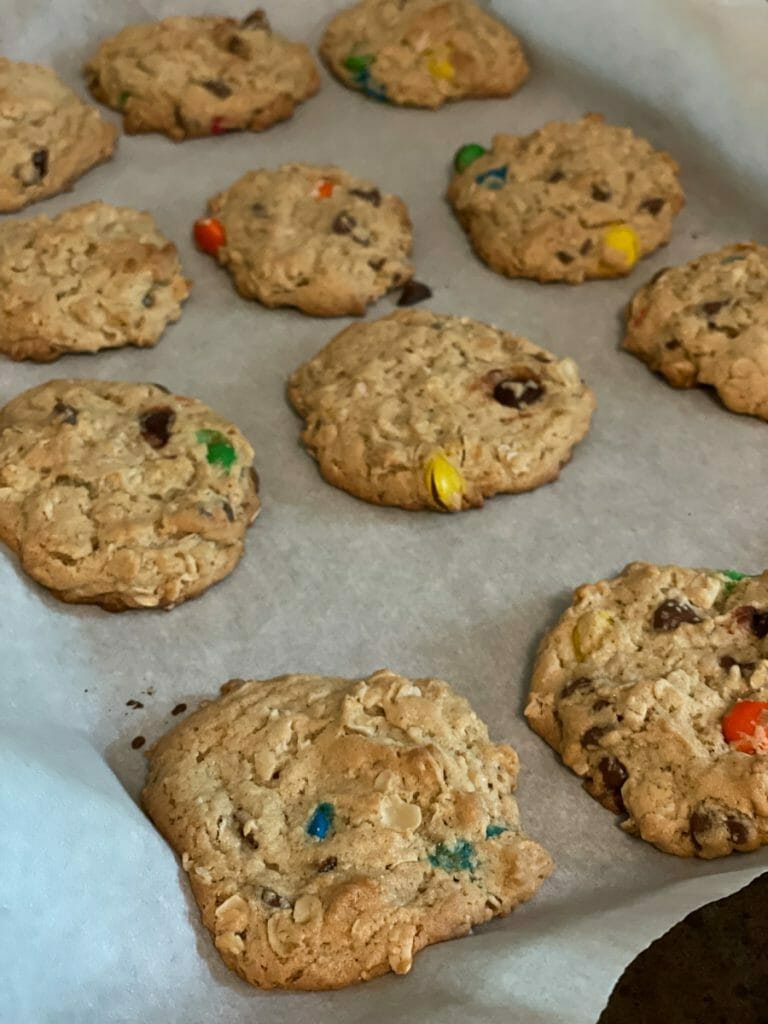 Ok, not really. But there is natural peanut butter and oats in these cookies, so that’s gotta count for something. Last weekend, I made the kids cookies and decided to try a new to me recipe. I also reasoned that adding oats and natural peanut butter made them a little healthier. But of course, then I added m&ms because balance. These cookies are delicious and they maintain a softer texture which is really nice.

This week I wrapped up listening to No Time Like the Future: An Optimist Considers Mortality by Michel J. Fox. I knew that the author/actor had Parkinson’s Disease, but I wasn’t aware of his spinal tumor and surgery. That man has been through so much, and continues to reach to do better and act (as in behave, not as in career acting) with grace. I especially loved hearing a story he told about a fellow man living with Parkinson’s and found his story so moving and inspiring. I was. out walking, grateful it was still dark, as I wiped my eyes. This book will definitely inspire you to accept your life circumstances for what they are and make the best of it. Fox exemplifies those values. 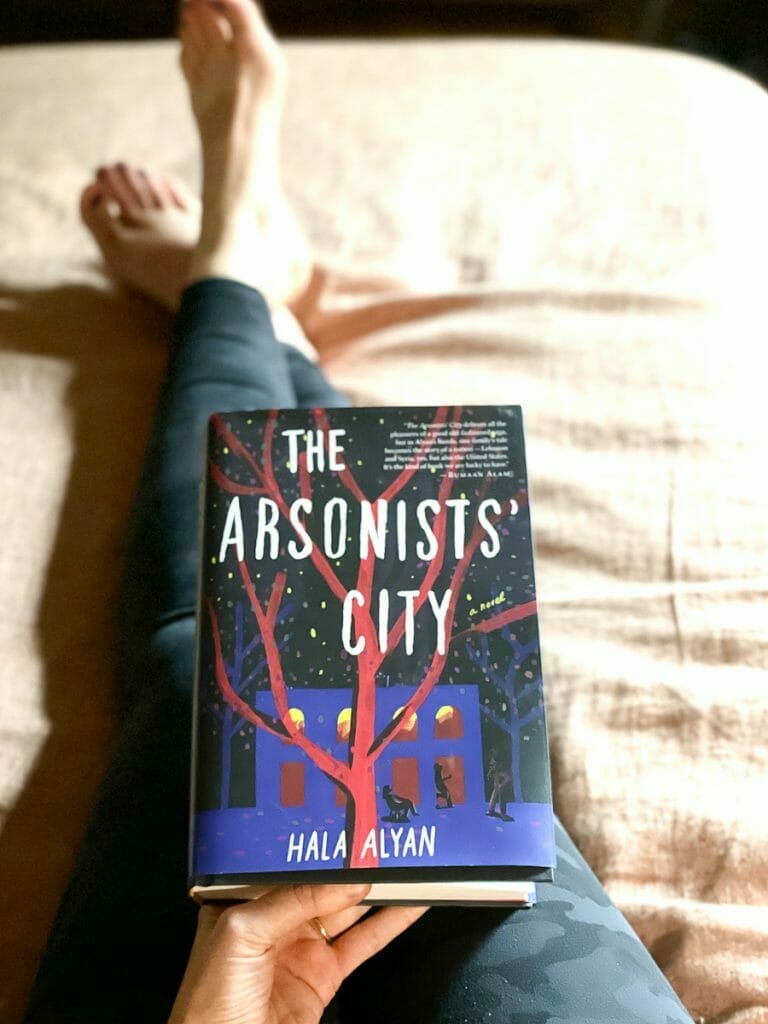 Switching gears completely from the touching memoir, I want to share this book I just finished in time for a book club discussion tomorrow. The Arsonist’s City by Hala Alyan is a gripping story of an American family whose parents are Syrian and Lebanese. Their children have grown and spread out across America – one went back to Beirut – but the patriarch’s decision to sell the old family home in Beirut brings them all together under one roof again. This could be the story of your family or my own as it depicts the messy humanness of family ties. I really enjoyed this book so much more than I expected to!

A Song That Gives Me All the Feels

Pink’s latest song, “All I Know So Far,” is the most beautiful letter to her family and filled with a message I hope I am giving my own kids.

I wish someone would have told me that this darkness comes and goes
People will pretend but baby girl, nobody knows
And even I can’t teach you how to fly
But I can show you how to live like your life is on the line

Check out the video here. You might see some faces you recognize:

My Kind of Humor

Last week, I came across this piece from the New York Times with faux-bituaries written by a mom about her 20-something daughter. I shared it with Emmy and told her it was something I could see us doing for each other. We love dark humor. 😉

A Date with Our Teens 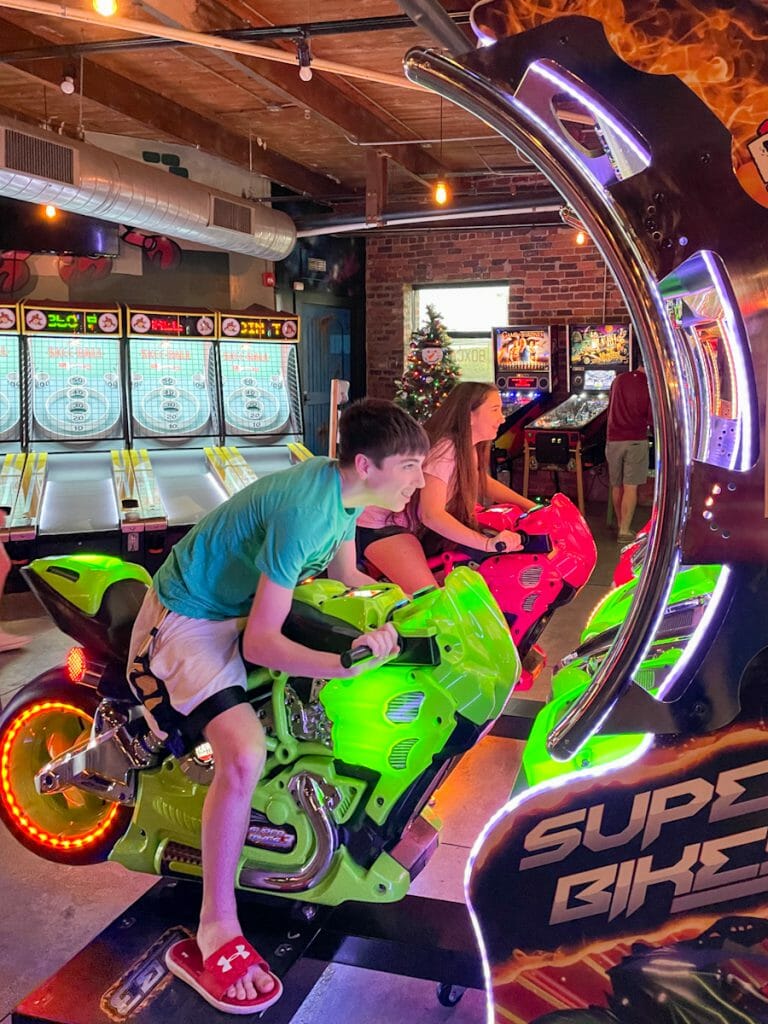 It’s so easy for Chris and me to take Wilder out to do something and leave the teens at home, or to have them watch Wilder so we can have a date night. What we don’t do often is get a babysitter to hang with Wilder so that we can take the big two out. I’ve finally found a sitter that Wilder adores (and she loves him back!). Last weekend, we took Emmy and Sawyer to one of their favorite places, Boxcar Bar & Arcade, and played pinball, skeeball, Mario Cart and so much more! They were having a Christmas in July themed weekend, as you can see. 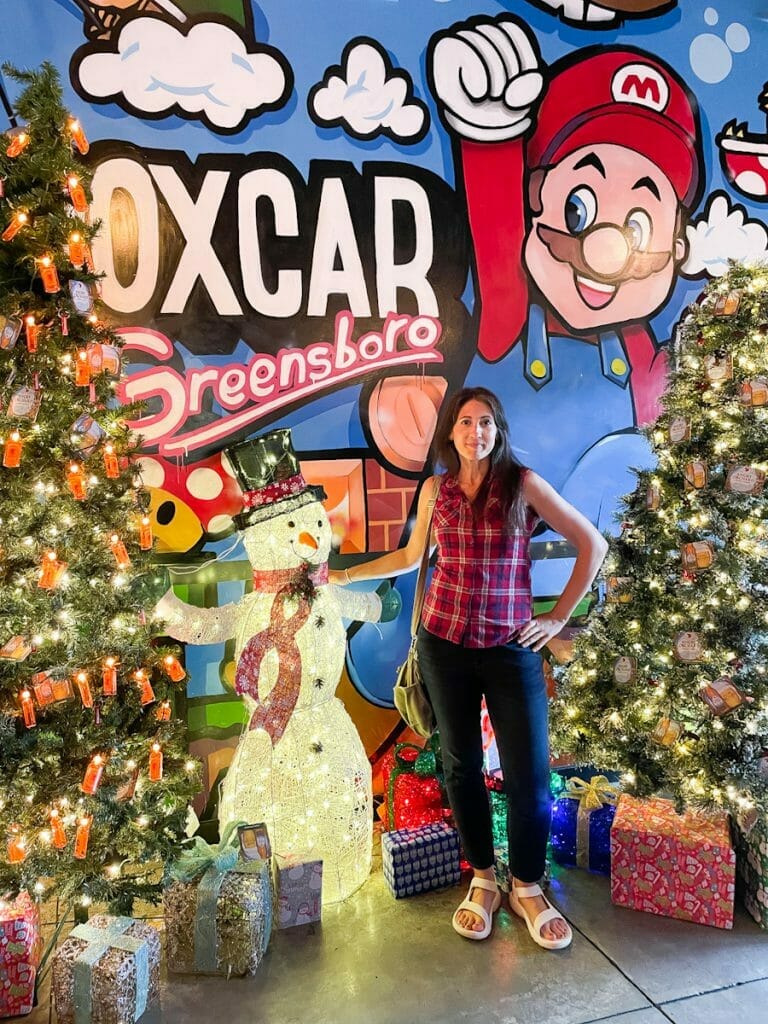 We played until 7, when doors are closed to kids and then took them out to dinner at a family favorite, Lindley Park Filling Station. We can’t wait to do it again now that we have that option. 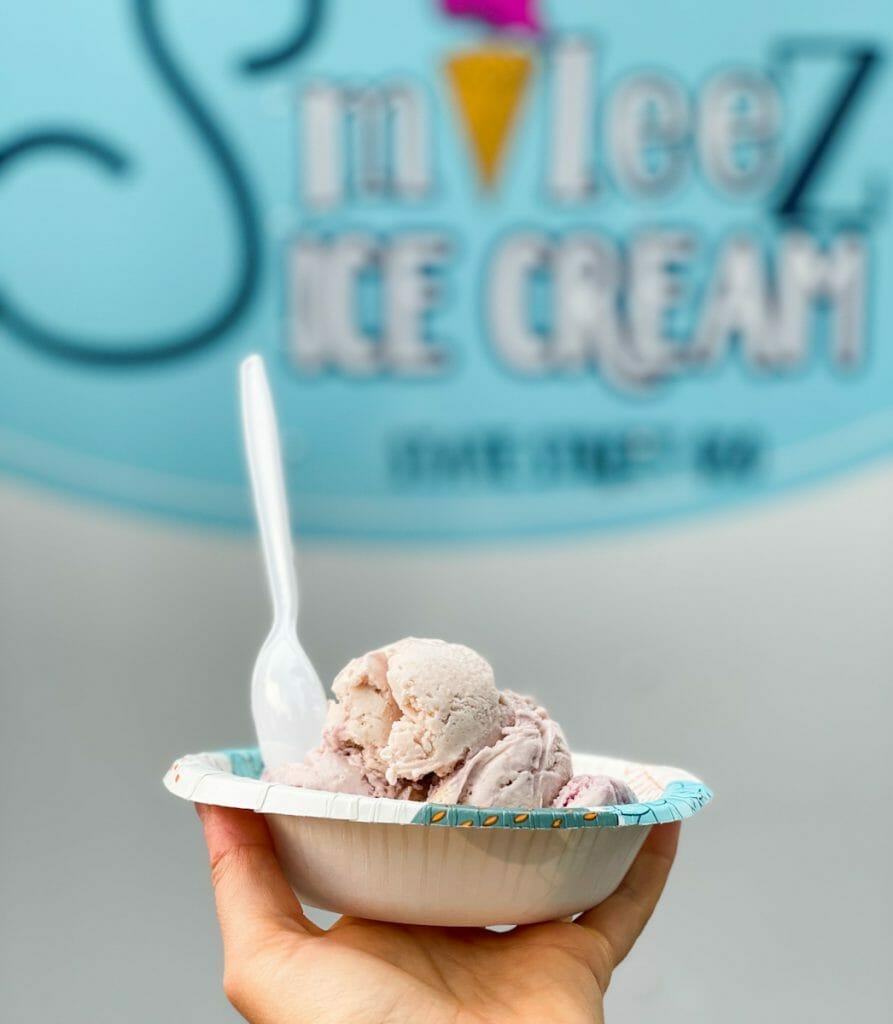 A new ice cream place opened in town recently and it’s literally my job to be on top of what’s happening locally. I took one for the team and dragged my family out to Smileez Ice Cream on Saturday evening. We’d been deciding what to do about dinner and wanted to keep it light since we knew we were going here afterwards. Finally, I just said, let’s just have ice cream for dinner. And we did. This cute little ice cream truck is parked on State St. and features Blue Bell ice cream, soft serve and ice cream sandwiches. I had blackberry cobbler which was SO incredibly delicious. 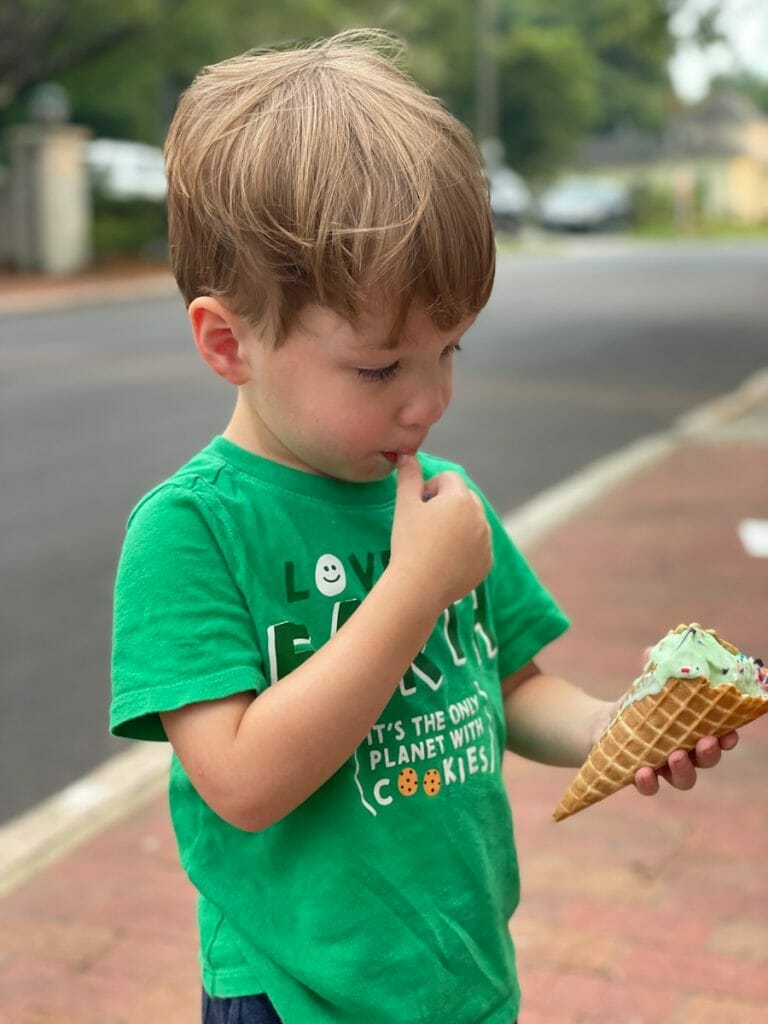 Wilder was making a bit of a mess with his mint chocolate chip, but had absolutely insisted on a cone. Actually insisted is not quite a strong enough word. He had screamed and cried because we had them put his scoop in a dish with a cone on top and he was not having it. The kid knew what he wanted. After getting it into the cone, he finally ate his half melted ice cream which you can see dripping down his cone. He just used his fingers to catch the drips and then licked his fingers. He’s so my child and we will get our ice cream no matter how we have to do it.

New to Us Hike 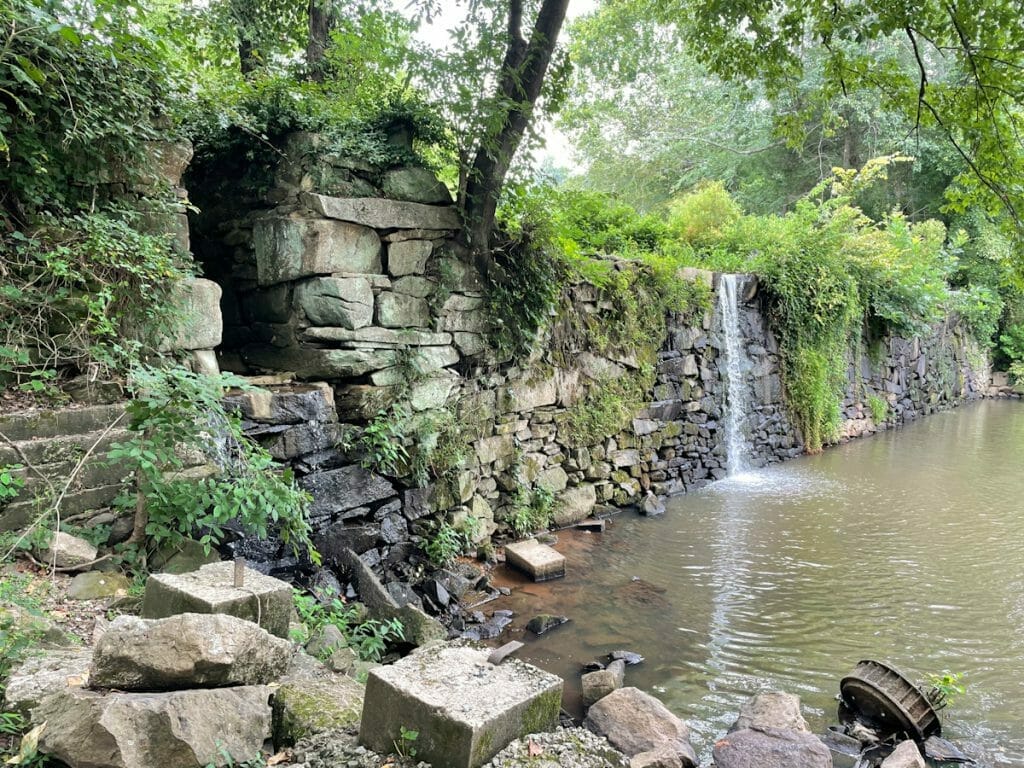 My oldest, Sawyer, and I headed out earlier this week to check out a hike that had been featured in the March issue of O.Henry. Company Mill Preserve has a 5.7 mile out and back trail with beautiful marshes and waterways. We saw a great blue heron, huge snapping turtles, frogs and birds, but no beavers, which are known to be there. We went in the mid afternoon to beat the rain, but I’d love to go early in the morning at some point. 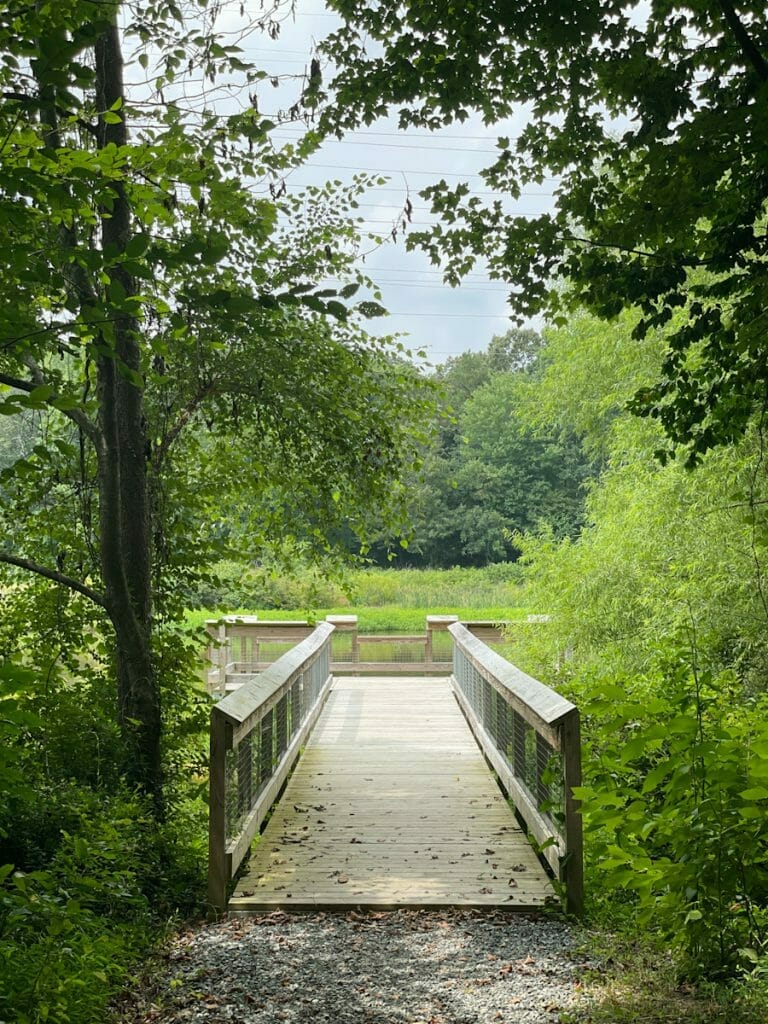 This old house is along the trail and here’s a fun fact about me you probably don’t know. When I see old abandoned houses, I like to look in the windows just in case there are ghosts wondering behind the walls. I’ve yet to see one, but one day . . . 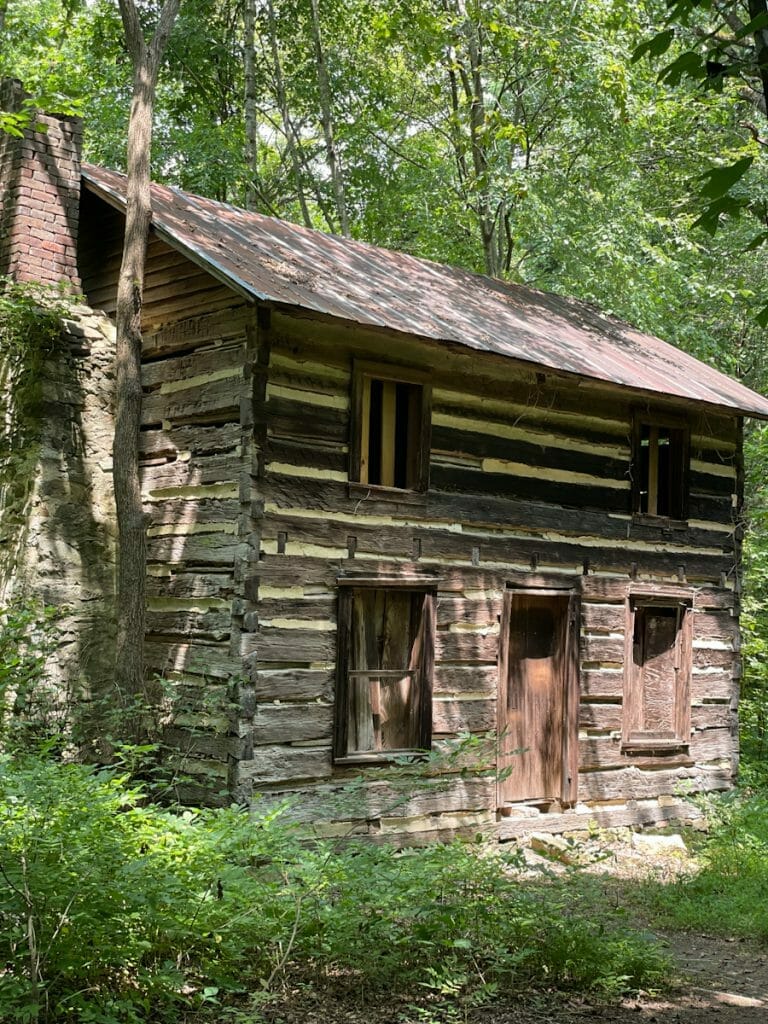 If you’re local, this is a trail worth checking out for sure! It’s easily my favorite so far of all we’ve done within about 20-30 minutes of our home.

That’s all I have for you this week. I hope you have a fantastic weekend as we start to welcome August, which to me means fall is coming in close behind it, and this girl is ready.