By the time you read this, I will have survived one week without Chris here. Either that or this is the last writing I ever do. We’ll see. Good news, I didn’t run away – but I plan to this weekend, at least until Sunday night. Truthfully, it wasn’t so bad because I’m surrounded by the best community of friends who are helping me get by and checking in on us. I also hired a sitter for Wilder for four hours a week this past week, so that helped. And, to top it off, my older kids have jumped in and helped when I’ve asked. Feeling tired, but grateful. It also didn’t help that I barely slept the first few nights Chris was gone – for a reason that has nothing to do with his absence, more on that later.  All in all, it was a good week and I am stoked for a weekend to do whatever my heart pleases, within reason. Like, I won’t be purchasing a jeep wrangler and coasting with the top down. But maybe I’ll peruse a book store, enjoy a slow glass of wine out of the house. Keep scrolling because I’ve got a couple amazing recipes, a fascinating book, a thoughtful article plus more magic moments. 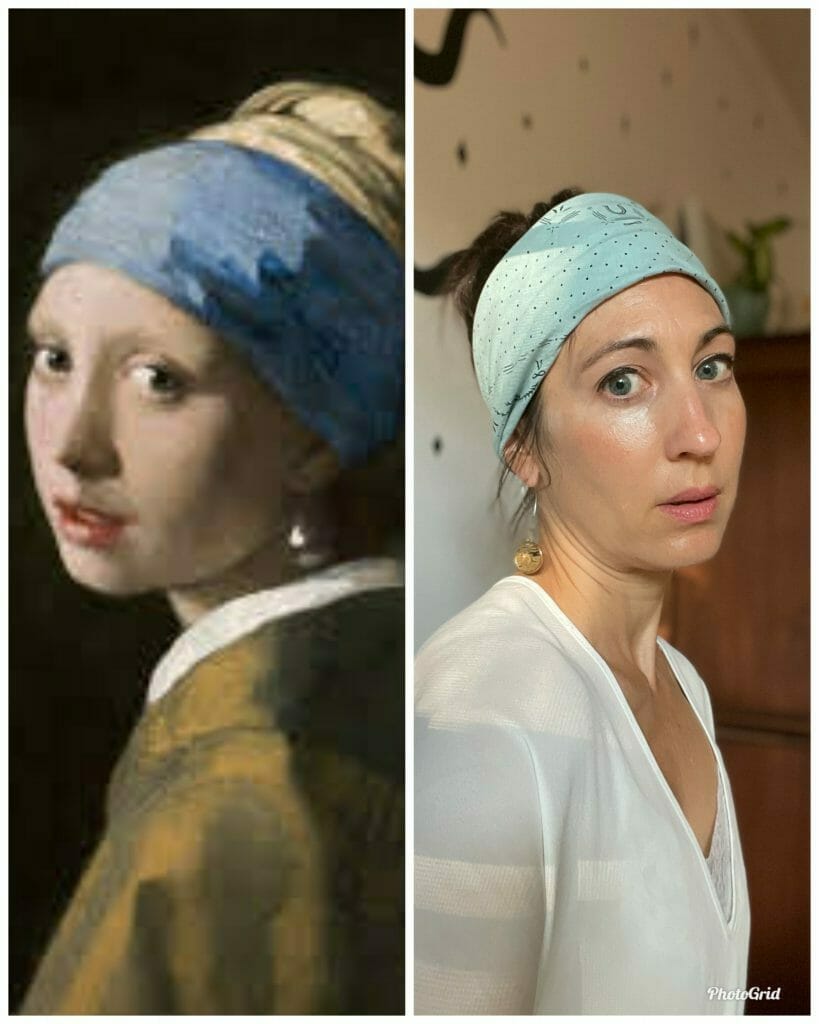 This blog uses affiliate links and I am an Amazon Associate. I earn a small commission from qualifying purchases made through my links.

Starting with a Laugh

One morning, I was fighting with my hair and not happy with what it was doing. I decided to throw a bandana on (from my fave bandana-maker) and then added some earrings, technically abalone, but pearl-y. After I was satisfied, I realized I looked like someone I’d seen before. 😉  I shared this on Facebook and my friends went crazy for it, laughing along with me. 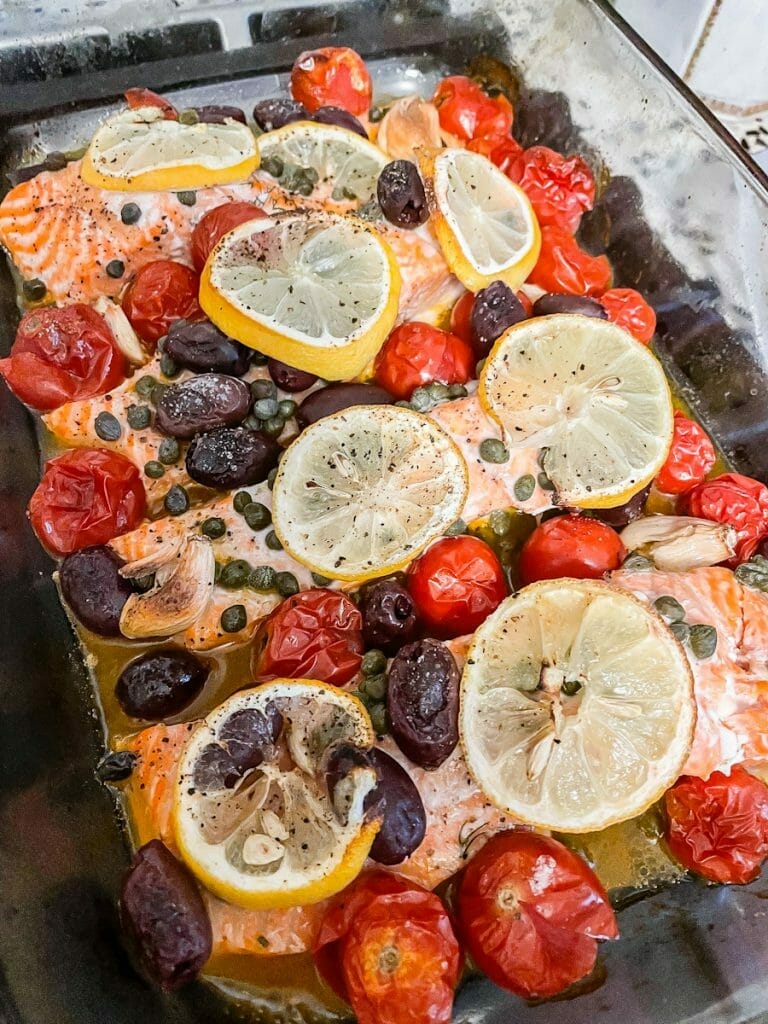 Kidding, I don’t do diets. But this mediterranean salmon recipe is ridiculously easy and delicious. We celebrated birthdays Sunday night since Chris left Monday morning for the entire week and I made this for my bday dinner. And yes, I made my own birthday meal. When it comes to dinner in our house, the choice is between cooking or kid duty, and I always prefer the cooking. 😉 Loved the flavor of the capers, tomatoes, olives and fish all together. Bonus that you literally toss it all in a pan and bake! 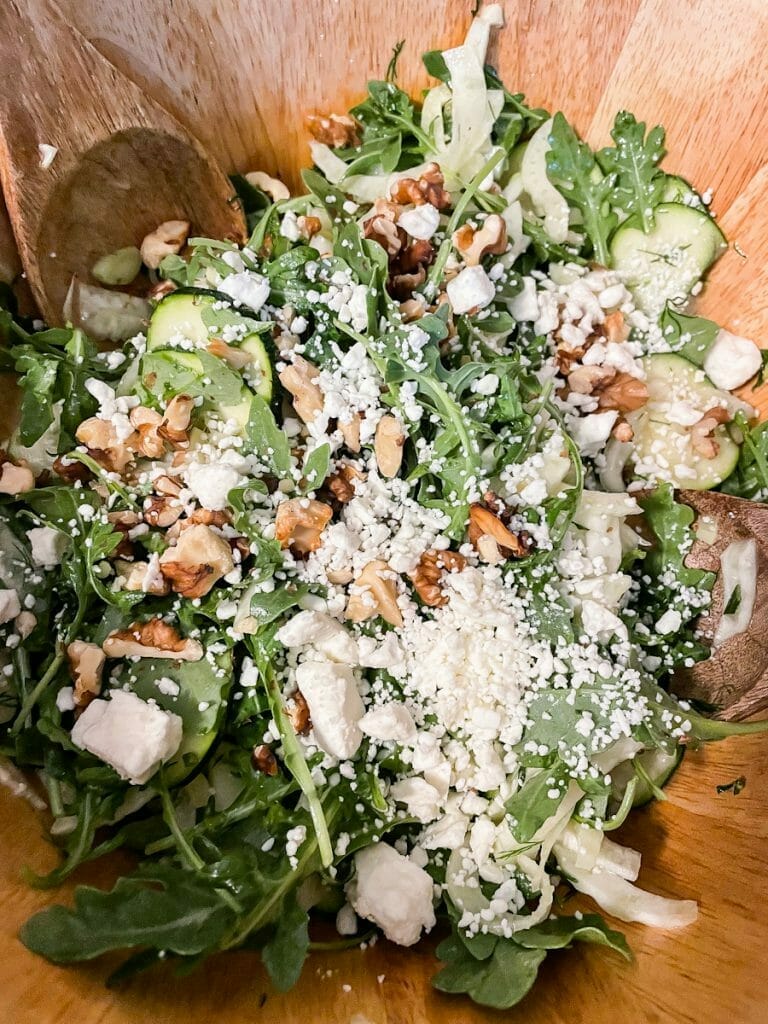 To complement the salmon, I made this shaved fennel and arugula salad which also had zucchini, dill, walnuts and feta cheese topped with a lemon honey dressing. It was light, refreshing and tasty!

I listened to this book over the last two weeks and found it so fascinating! In Stories I Only Tell My Friends, Rob Lowe candidly shares his life, acting career and friendships along the way. There were so many stories of people we’ve all heard of that were just so interesting! I really loved hearing how his path just serendipitously crossed with so many stars including Sarah Jessica Parker, the Penn brothers, Darryl Hannah, and the Estevez/Sean brothers.

Recently, my neighbors told me about Workin’ Moms on Netflix and suggested that I watch it. They also informed me that the main character reminded them very much of me. Long brown hair, big eyes. sarcastic AF. I checked it out and am hooked! I love that the episodes are only 20 minutes or so. The trials of working moms are so relatable to all moms, working or not. If you watch it, I just have to tell you that my favorite episode so far is Retreat from season 2. Holy heck, that one made me laugh! Check out the trailer: 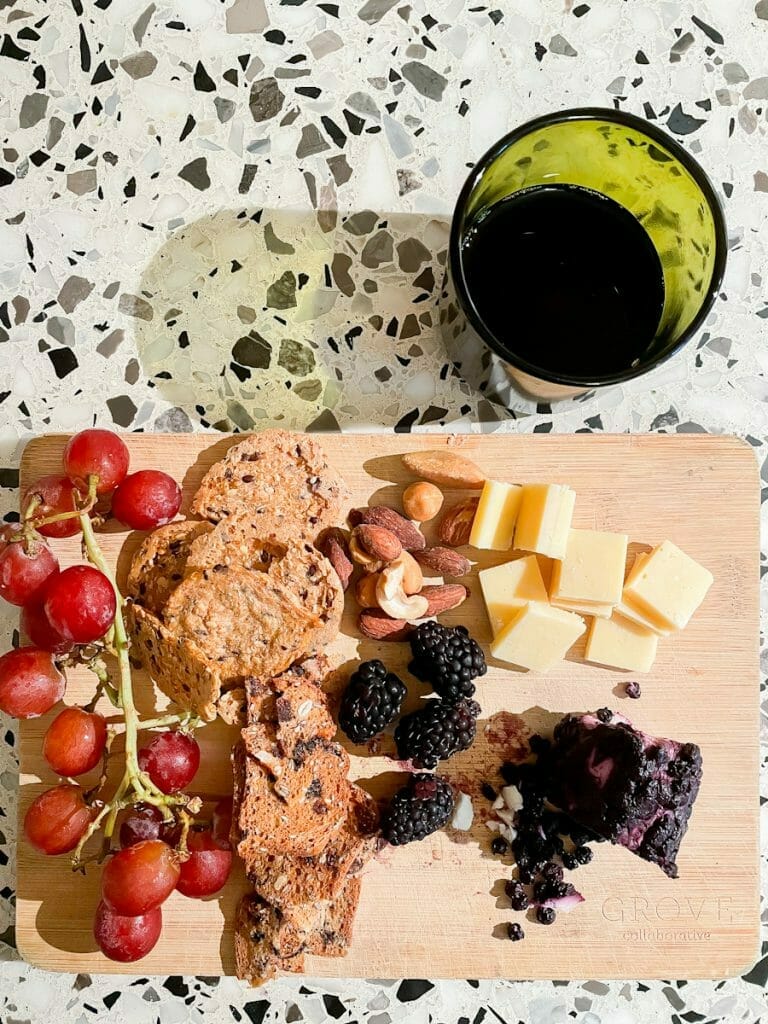 On Monday evening, the night of my actual birthday (and Sawyer’s), I used what I had in the fridge and pantry and made myself a charcuterie for one and poured myself a glass of Meiomi Pinot Noir. Was it an ideal birthday dinner? No. But was it lovely and did I eat too much cheese? %100 yes. It was such an easy and fantastic dinner for one and I think I’ll be doing this once a week over the course of the next five weeks while Chris is gone.

BTW, Sawyer had requested his own birthday dinner: 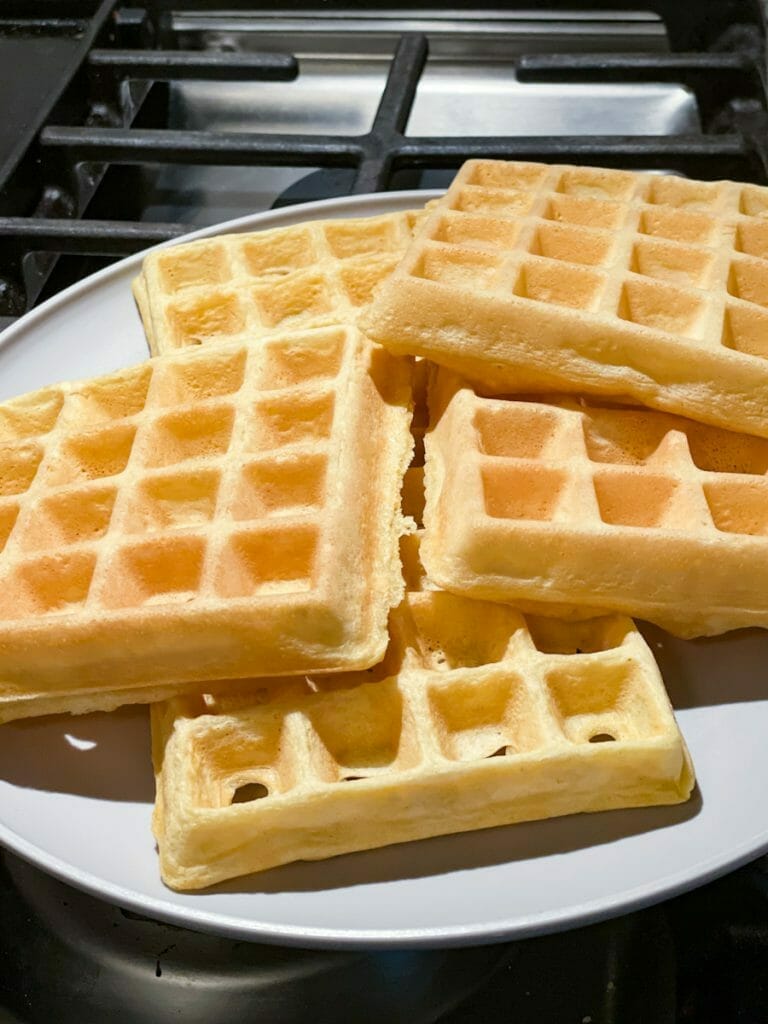 He asked for Belgian waffles so I used my go-to recipe and delivered to my first-born. I was out of regular milk and had to use almond milk so they didn’t come out quite as crispy, but they were still delicious, nonetheless.

I came across this piece, 16 Things to Remember in College, in The Atlantic and loved it so much! There are some great words of wisdom – Numbers 4 & 8 were my favorites. What advice would you offer someone headed to college? I would tell her to try a variety of classes and keep an open mind as to what direction she may want to take her studies. I went into college thinking I’d study psychology and came out with a BA in English and Communication. (Not necessarily advocating those rather worthless degrees, but just saying that it’s OK to change your mind and follow your passion.)

Getting By With My Friends 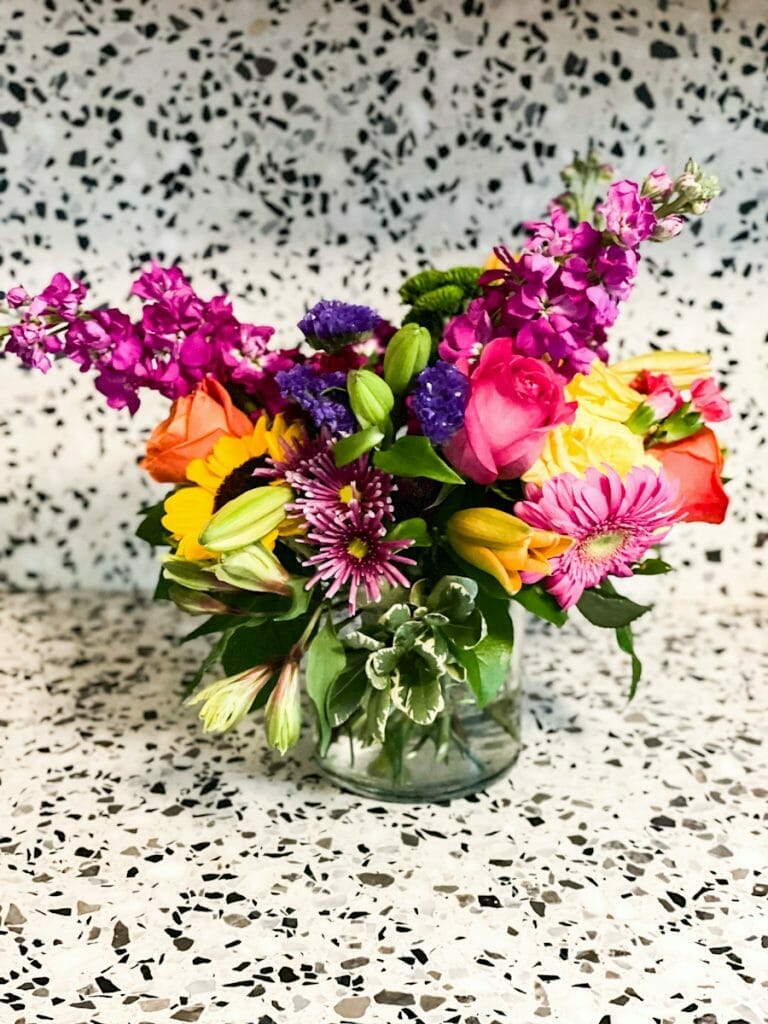 My birthday week was filled with surprises from friends who took me to lunch, dropped by with gifts, had flowers delivered to my door, invited me to wine (and Emmy babysat for me) and just made me feel so loved. Even though Chris wasn’t here all week, I never once felt alone.

Last weekend, Chris and I were at an outdoor gathering followed by a patio dinner date. The next evening I noticed all of these bug bites. on my left foot and assumed I’d been attacked my a mosquito, but over the next day, these bites got itchier. At night, as my feet got hot, the itch became bad enough that I couldn’t sleep. On Tuesday I chatted with a friend who was at the same event we were at and she said her fiancé had exactly the same kind of thing and thought maybe he was having a poison ivy outbreak. I knew after she described it that the same kind of bug had bitten both of us. After much googling, I discovered that we had chigger bites. A friend suggested ChiggerX to help the itch so I ran right out to Walgreens, but they didn’t have it. I found Chigger 2X on Amazon with next-day delivery so I went for it. After three nights of getting maybe 4-5 hours of sleep total, I finally was able to sleep, thanks to Chigger 2X. (BTW, it comes in a 2-pack so I shared one with my friend so her fiancé could once again sleep as well! 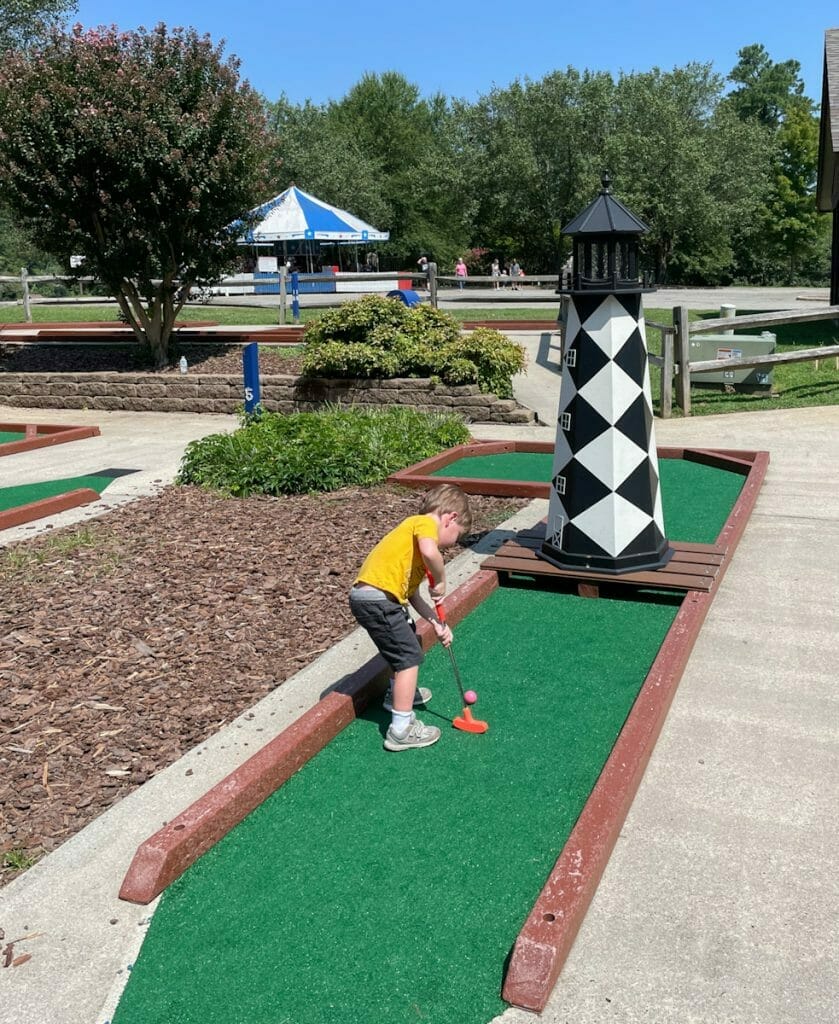 With birthday celebrations this past week, I’ve got lots of little moments to share. Sawyer’s been wanting to go mini-golfing but I didn’t know of a place near us. That is, until my friend Crystal happened to share some pics from High Point’s City Lake Park and I saw that hey had mini-golf. The course is pretty old and not super interesting, but it was also super inexpensive and we had a blast! Take a look at this score card: 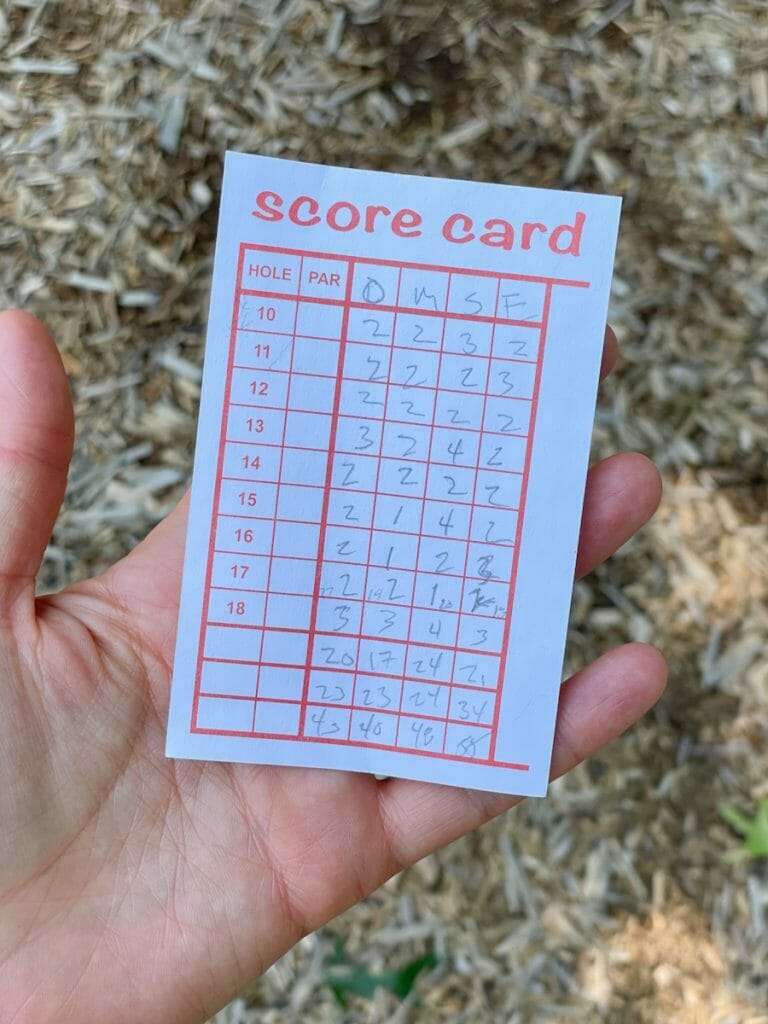 That lowest score with the two hole-in-ones: that’s me! Easily the highlight of my 2021. 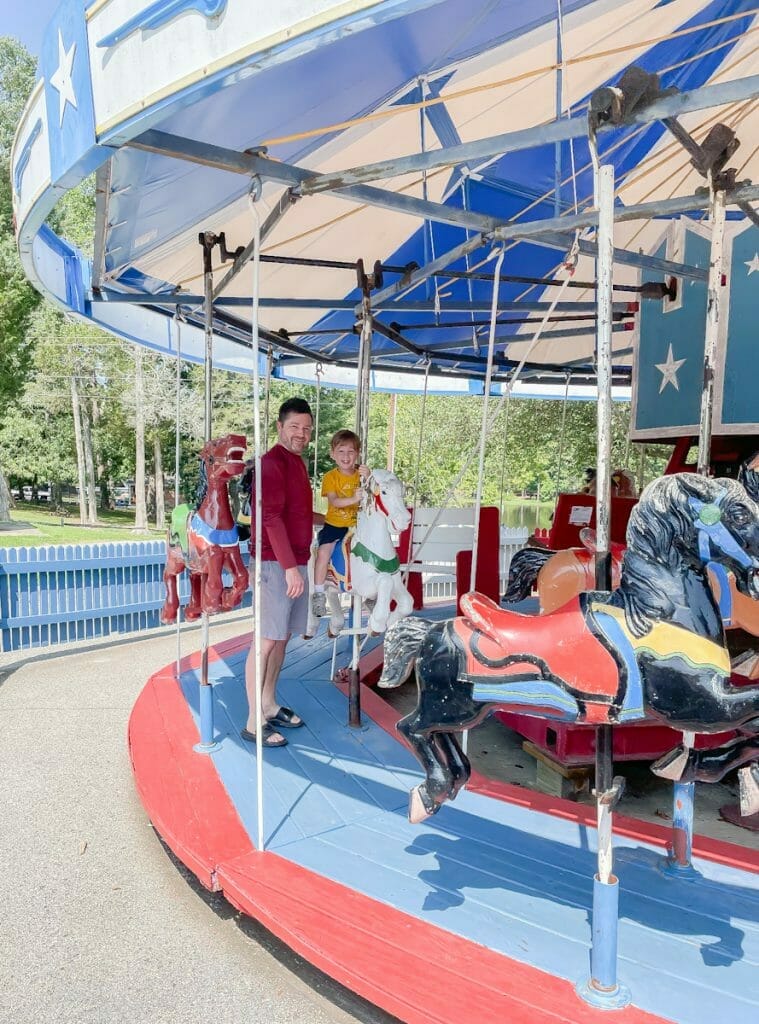 The park also features paddleboats, playgrounds, a train that rides around and a carousel. We weren’t getting out of there without Wilder riding the carousel, specifically a white horse. The merry-go-round is small and janky, but that kid’s smile is huge and joyful. Worth it! 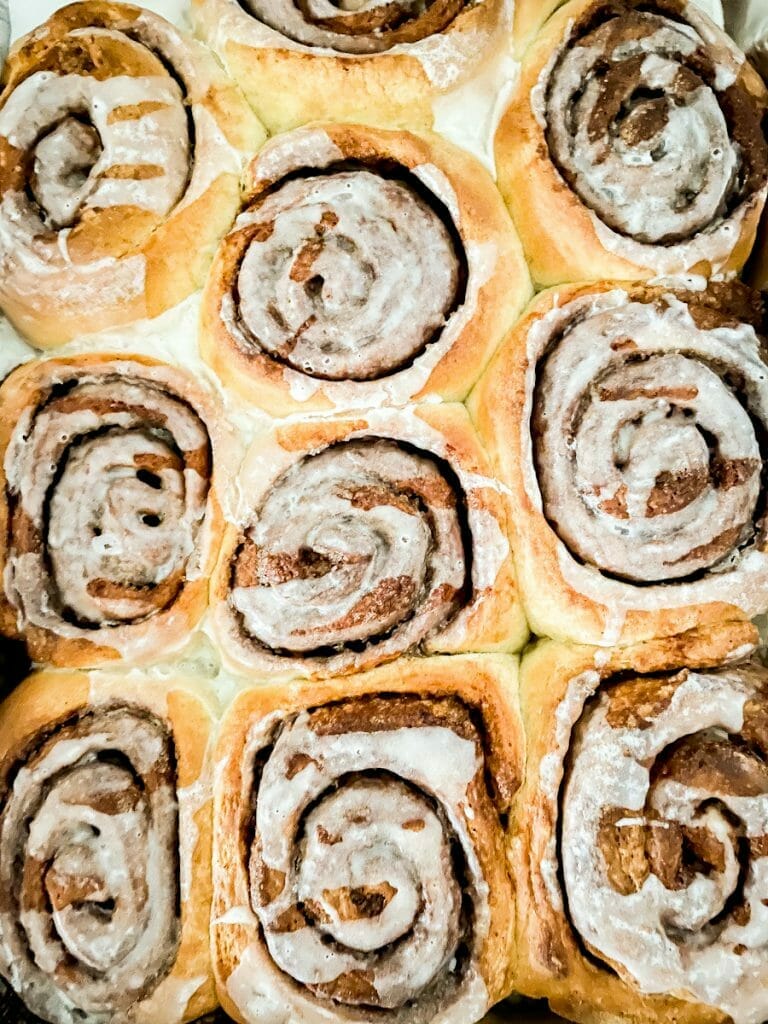 That evening, in lieu of a cake, I ordered cinnamon rolls from my neighbor, owner and baker at Dessert Du Jour. HOLY smokes, her cinnamon rolls are divine. In case you’re wondering how Sawyer feels about them: 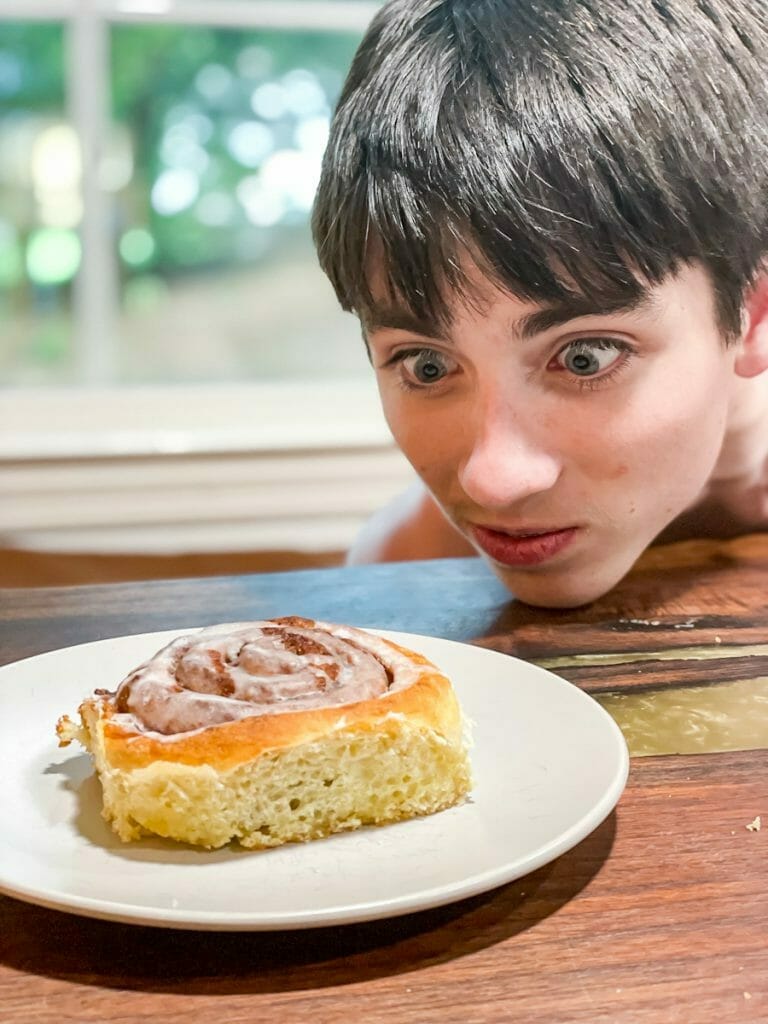