Happy Wednesday!  I am busily preparing for the Lucketts Spring Antique Market (May 17th and 18th) and cramming in as many projects as possible before it’s too late! 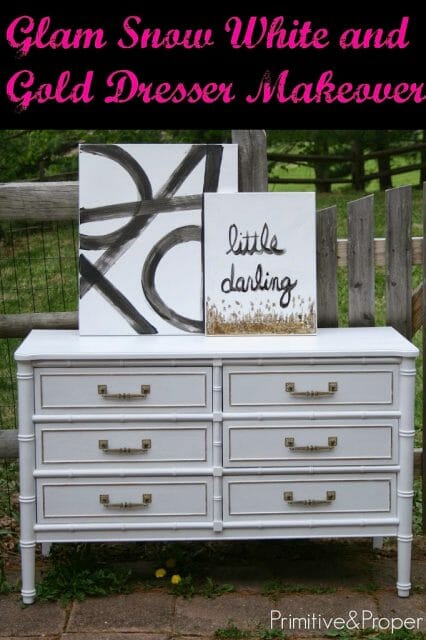 This dresser is one that I picked up last week because I specifically wanted it for Lucketts.  I had actually found it on craigslist a few weeks prior, but was told that someone was ahead of me…. it was so gorgeous and inexpensive that I knewI had a slim chance.  Out of the blue, the seller emailed me last week and said the first person had repeatedly not shown up and if I could come get it, it was mine!  I did a happy dance and made my plans for it!

I didn’t snap a before picture, so I am borrowing this from the seller. 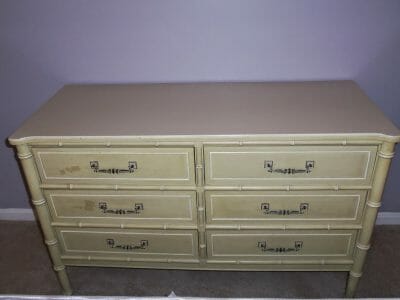 I loved its shape and bamboo details.  I did not love the yellow finish, laminate top, and scotch tape on some of the drawers.  I knew I wanted a clean and glamorous look for this girl.  I started by sanding it all over as much as I could.  I sanded down the laminate top just to remove shine, and give the primer something to stick to.  I sanded the sides with my orbital sander, and hand sanded the rest as the details were too hard to hit.

To prime it, I used a combination of two products: Kilz Adhesion Primer and Kilz Complete Aerosol Primer.  Since the adhesion primer is meant for harder to prime surfaces, I figured it would be perfect for the laminate top.  It worked like a charm on the top, sides, and drawers, which had been sanded well.  However, I tested an area of the trim, and it was not sticking as I had expected it to.  That’s when I pulled out the spray primer, which is oil based.  It smells, but it will stick to almost anything!  I will say that what I love about the adhesion primer is its thickness for a water based primer.  It’s not as translucent as some that I have used- it gives a nice solid finish.  I ended up applying two coats, only because I’d rather do an extra coat of primer than an extra coat of paint!

Once the primer was dry, I lightly sanded the piece all over so that it was smooth.  I then applied two coats (allowing dry time in between) of General Finishes Snow White Milk Paint.  For some reason, I notice that this particular color has a bit more sheen than the others, which was exactly what I wanted.  I also wanted to make sure this piece stayed its pre snow white color, so I did not top coat this piece.  I do know that this is not the recommended practice, but I am basing my decision off of my own experience.  My own dining room sideboard is painted in General Finishes Snow White, and I did not topcoat that either and it has held up perfectly!

Meanwhile, as the paint dried, I was busy inside applying rub n buff to the hardware.  It was quite worn and dingy and needed a little more shine- such a simple fix but it makes a world of difference.  I also added rub n buff to the raised details on the drawer fronts.  And I thought about adding it to the bamboo details like Kathy did on this lovely pink dresser, but then I thought to myself, “Put down the gold, Cassie.  Walk away.  Enough is enough.  Stop gilding all the things.”  Ready to see the afters? 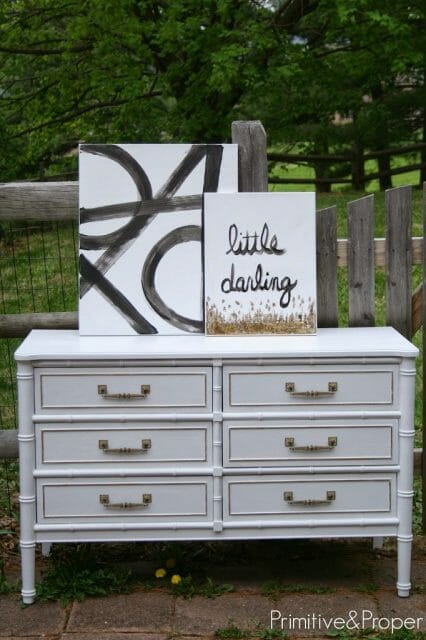 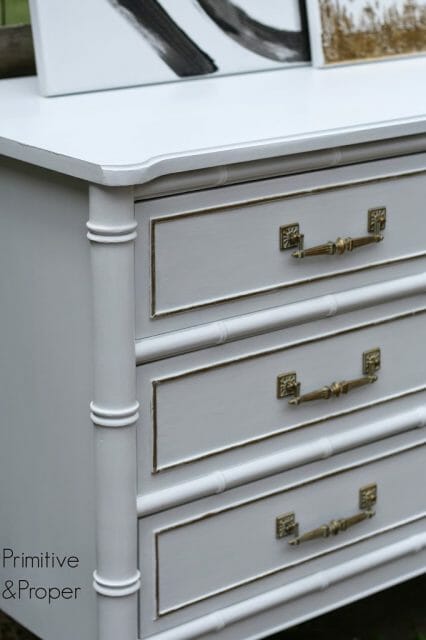 I love the hardware in its new updated gold! 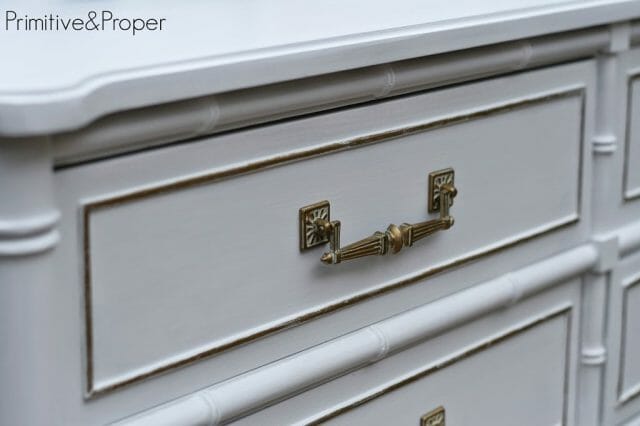 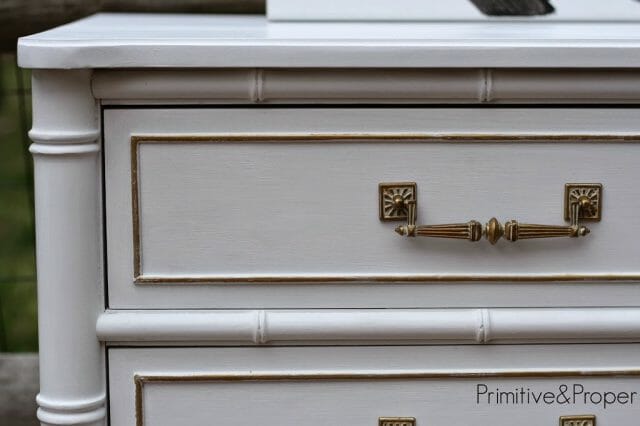 Please ignore the dandelions and poorly maintained grass…. I am trying to distract you with a pretty dresser.  Is it working? 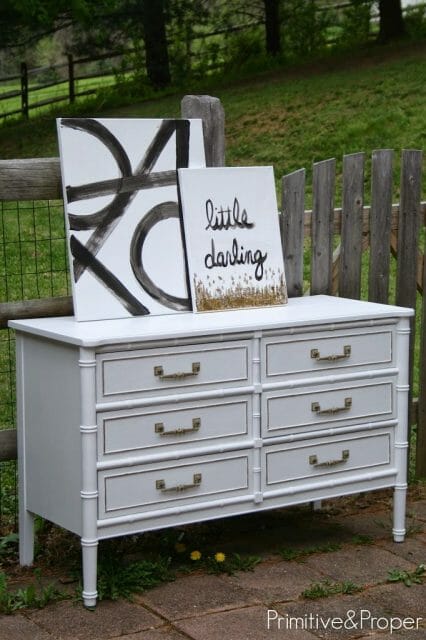 Did you notice something else?  I created some modern art which will also be headed to Lucketts!  I hope to share that with you Friday!

For now I am off for an early morning run with my main man, Sawyer, who is soon to run his first 5k with me!  Wish me luck! 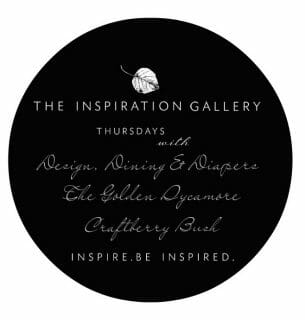 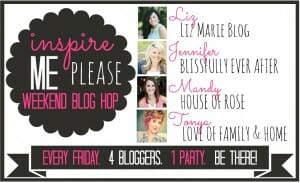