I can’t even believe I am typing the words “Wilder turns one!” This past year has gone by in a flash, filled with many milestones, happy moments, and a major move.  Although it has gone by too quickly, I wouldn’t trade any second of it.  We’ve been blessed with a happy baby who is a joy to be around, and were thrilled to celebrate his first birthday this past weekend with family.  If you’ve been a long time reader here, you know the struggles and losses I went through before finally becoming pregnant with Wilder.  Because of that, the Beatles classic, “Here Comes the Sun” has become our song.  As I sing along, I think about the “long cold lonely winter” I was experiencing, and then Wilder coming into our lives and “the smiles returning to the faces.”  It truly sums up my feelings and packages them beautifully into a song, so it seemed only fitting that it would serve as inspiration for Wilder’s Here Comes the Sun first birthday party. (This post contains affiliate links. Also, thank you to my father who took several of these photos for me.) 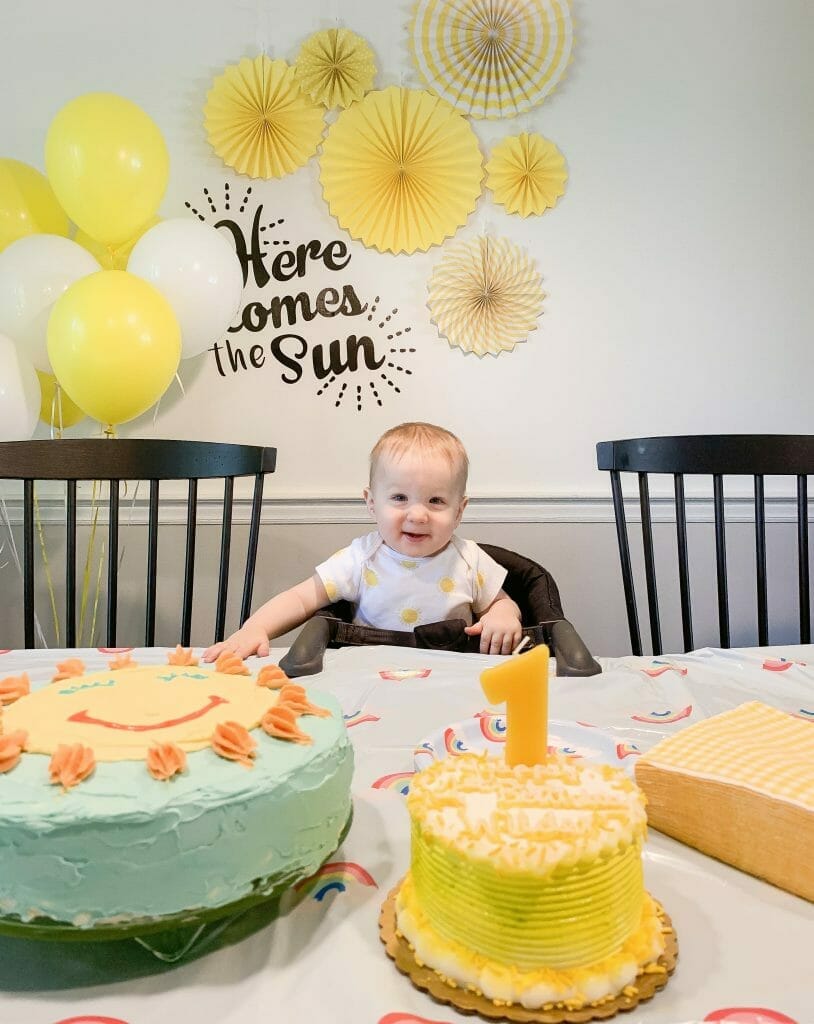 Once we established a theme, I had help from Emmy in the party shopping department.  She’s pretty much a professional shopper. 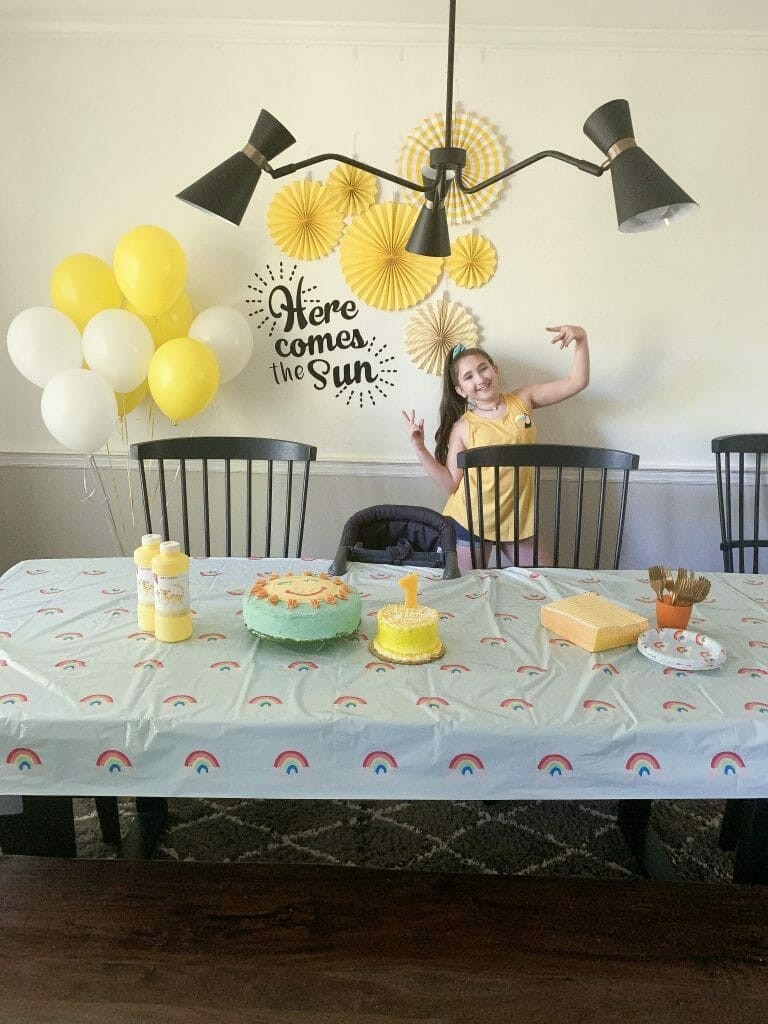 We did all of our shopping for this party between Amazon, Target, & Harris Teeter.

Wilder’s party was small with just the 5 of us, my parents, and my sister-in-law and her two girls, so there was no need to go nuts, but I wanted to create something special for him, my special rainbow baby.  I found this “Here Comes the Sun” vinyl decal on Amazon and knew it would be perfect to have behind him on the wall in photos.  We also ordered yellow paper fans from Amazon after seeing them in stores because they were much cheaper online.  The last party essential we picked up from Amazon was the yellow gingham napkins… Emmy has never liked anything plaid in her life so she was against these, but I felt they were classic and ordered them much to her chagrin.  You can see the napkins below and how well they complement the rainbow paper plates and tablecloth. 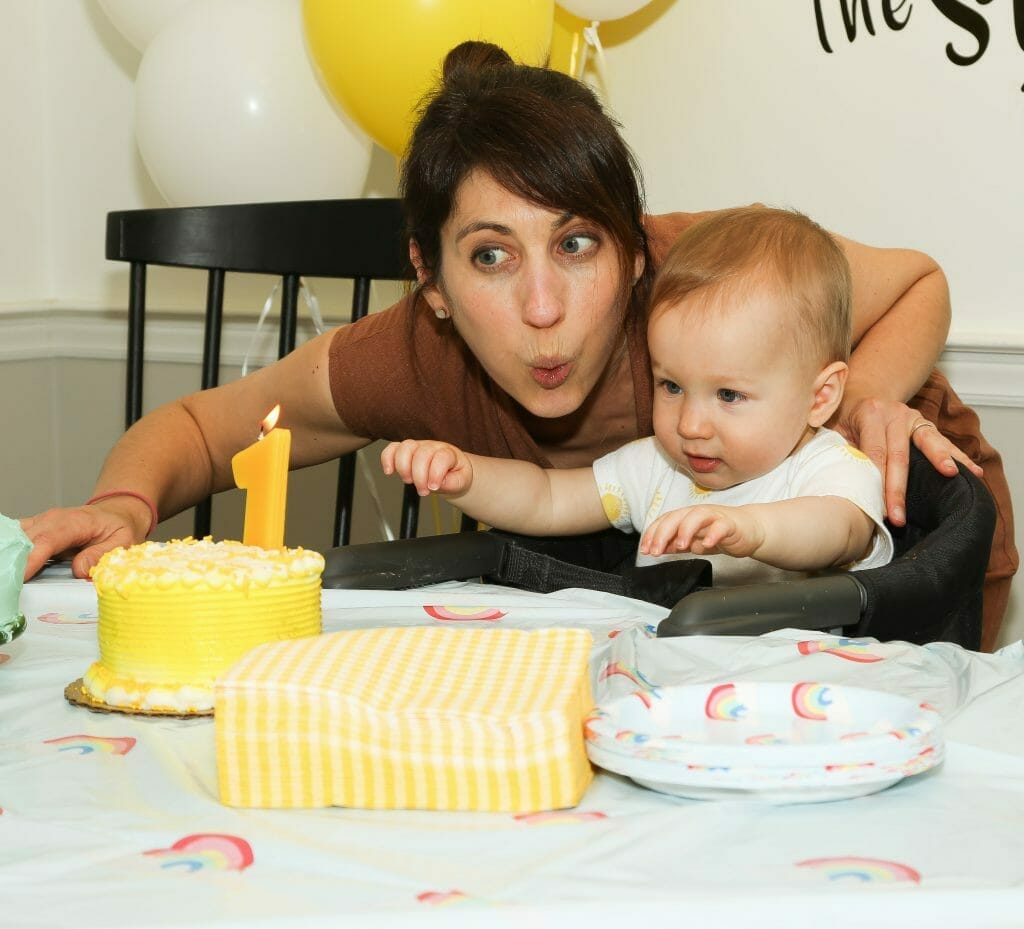 The party aisles of Target also offered us a lot in the way of necessities.  Of course, I wanted to use a tablecloth for easy clean up and Emmy spotted this adorable rainbow version with plates. They created the perfect backdrop for our food.  Since we were keeping it small, we didn’t have any snacks at all and just offered cake.  Originally I planned to make a two layer round cake with a sun and some cupcakes to create clouds so that Wilder could have a cupcake to himself.  However, I went to Harris Teeter last week and the sweet lady at the deli asked how old he was, and then told me that they offered free smash cakes for first birthdays… sign me up!  A huge thank you to her and Harris Teeter for providing Wilder with his own adorable yellow cake!  We found the yellow #1 candle cake topper at Target.  And as you can see, he sure enjoyed that little cake… 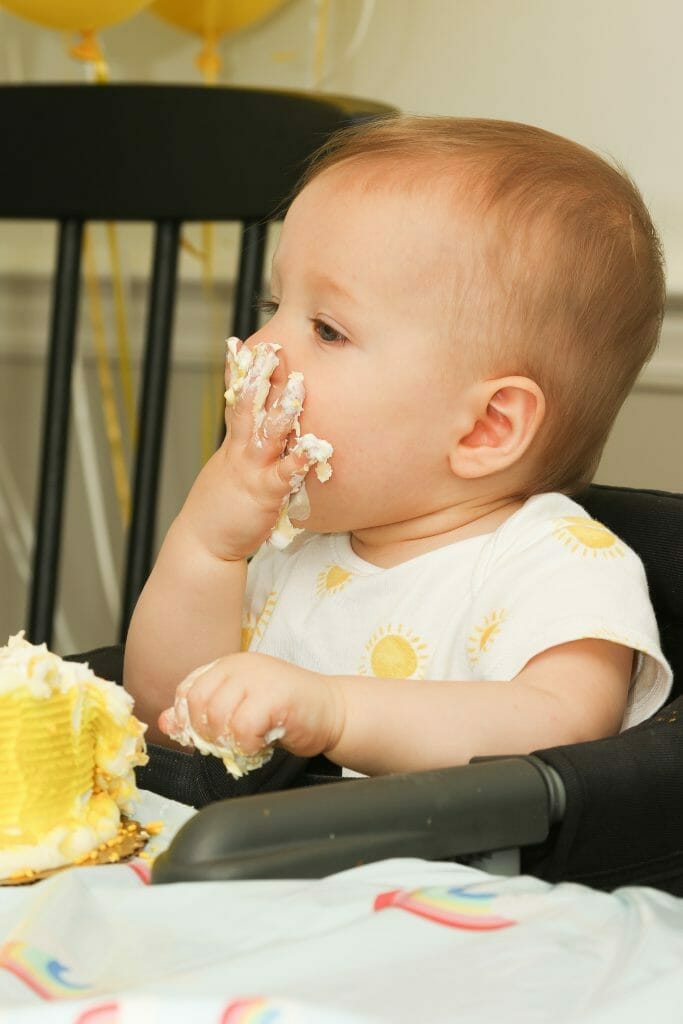 By the end, his smash cake looked like this: 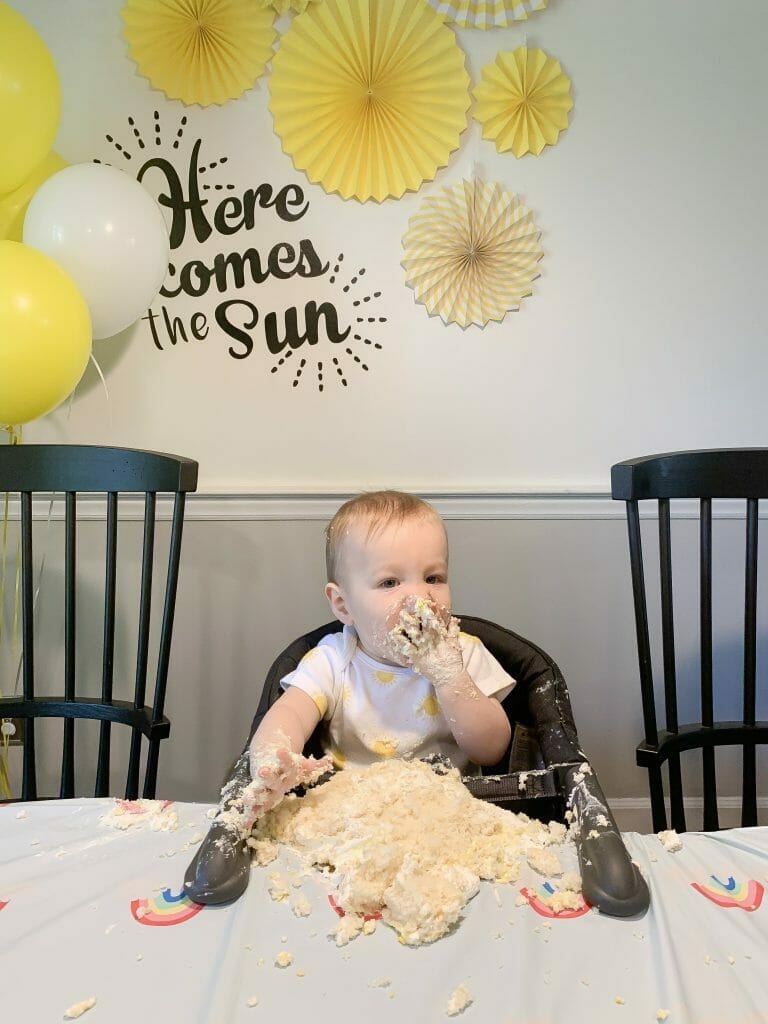 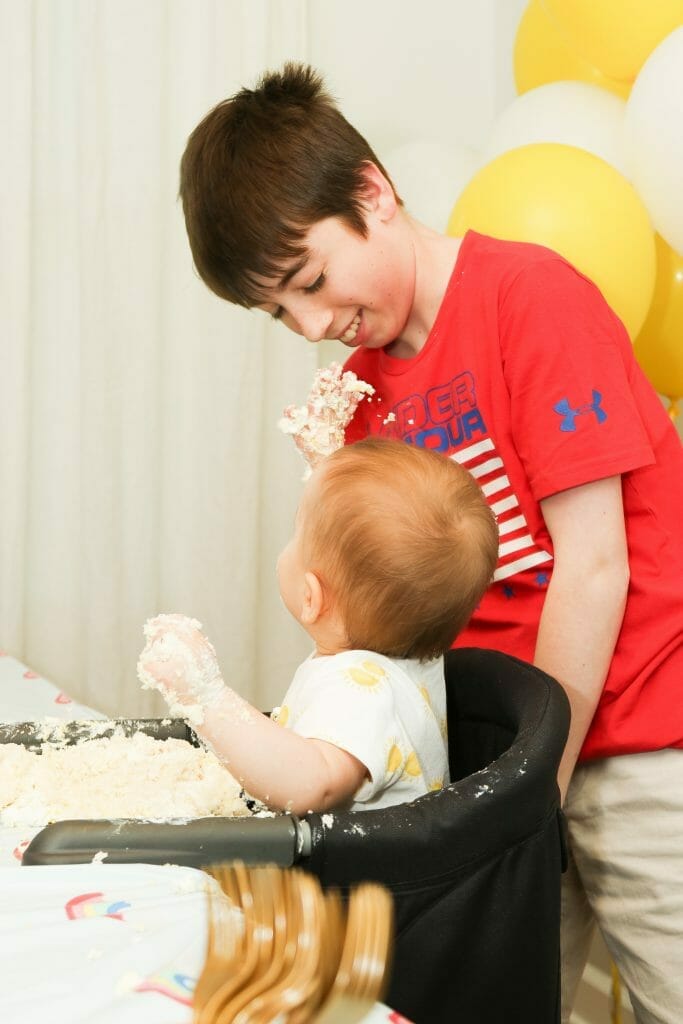 Luckily, he didn’t have to share as we all had a cake of our own.  I used this simple recipe and it was honestly delicious!  I am no professional baker, but it was easy to make and very moist.  As you can also see, I am no professional cake decorator, but it turned out cute enough and Wilder isn’t old enough to judge my skills. 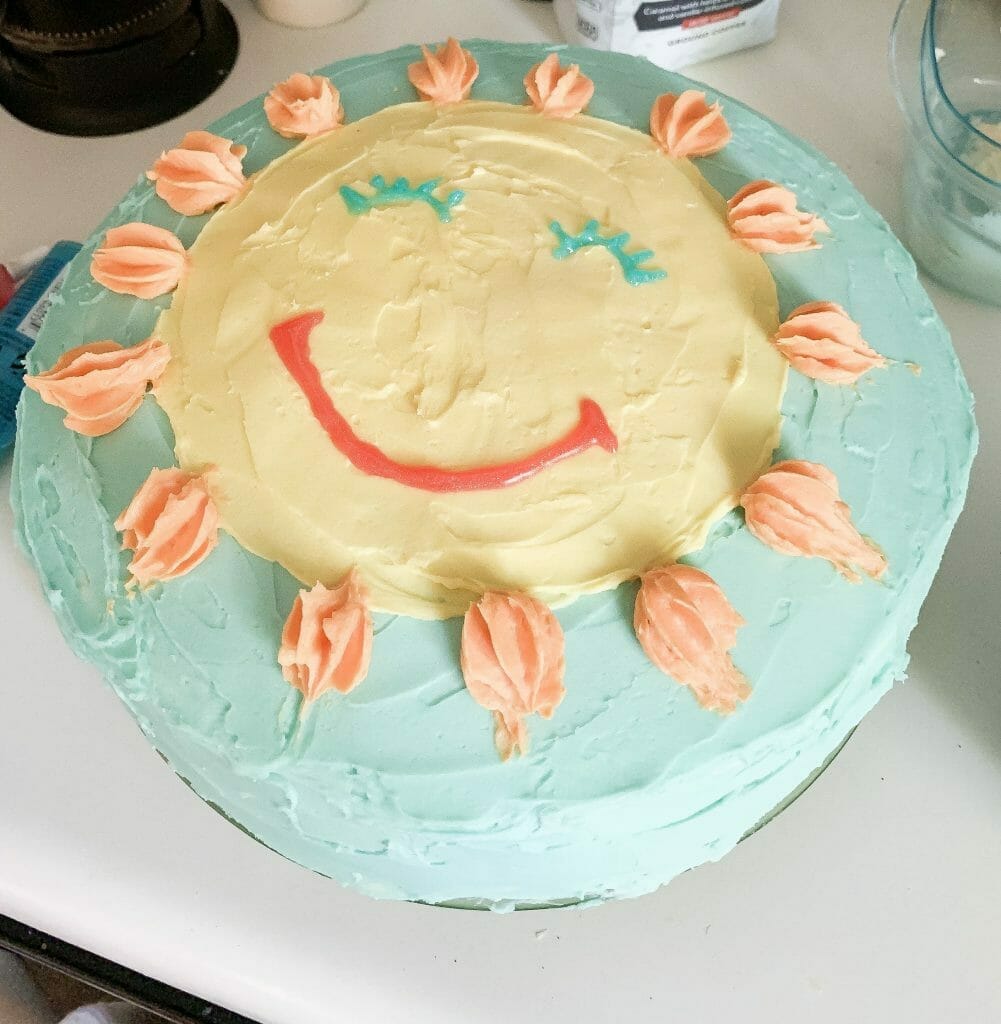 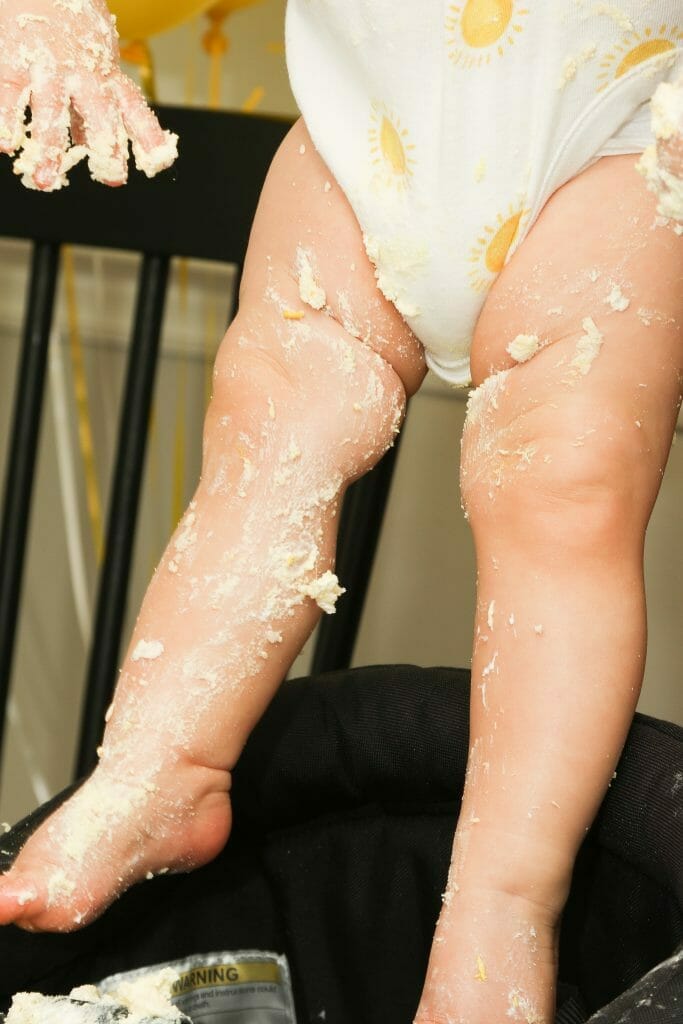 Target also carries the most adorable gold balloons that you just blow up with a straw.  Emmy selected this “one” balloon.  We planned on hanging it near his high chair but it ended up being pretty crowded in there.  I hung it out on our little porch and loved how happy it looked there! 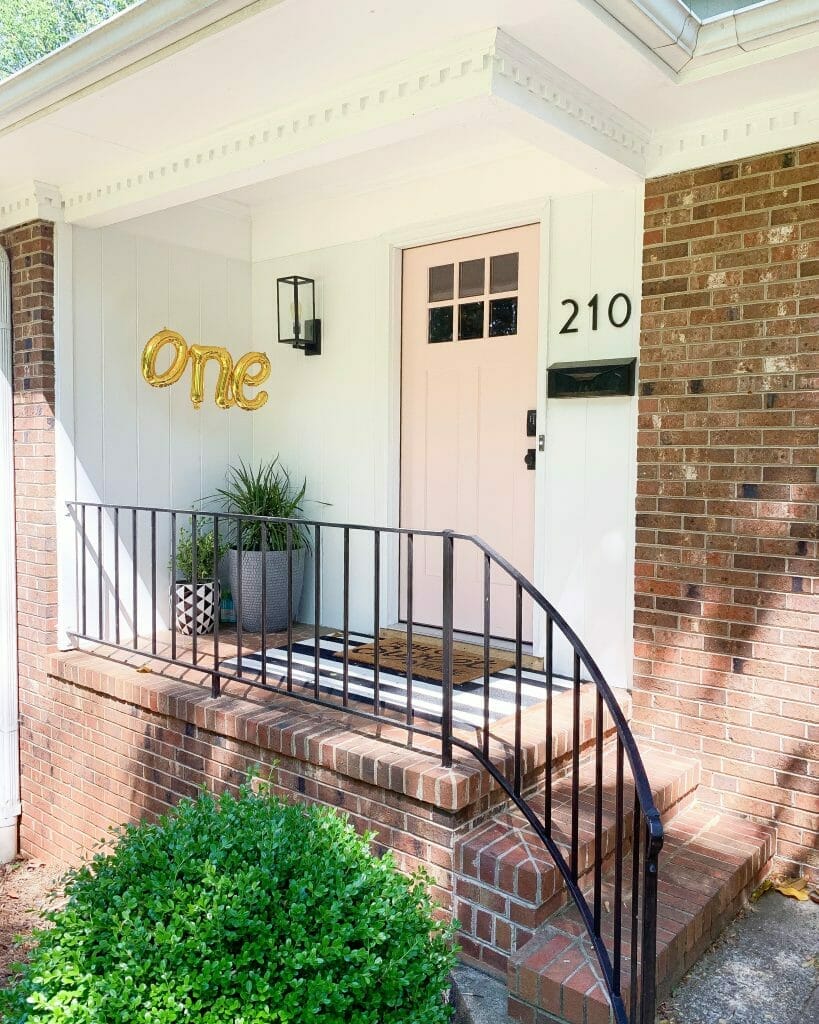 Lastly, I want to mention Wilder’s onesie.  Rather than put him in a sweet first birthday outfit I knew would be smothered in cake and icing, I opted to keep it simple and put him in a onesie.  Earlier this Spring, Emmy and I stumbled upon this sunshine onesie and thought it was absolutely the perfect thing for him to wear.  Bonus, it comes with an adorable rainbow and sun onesie as well! He wears that one all the time. 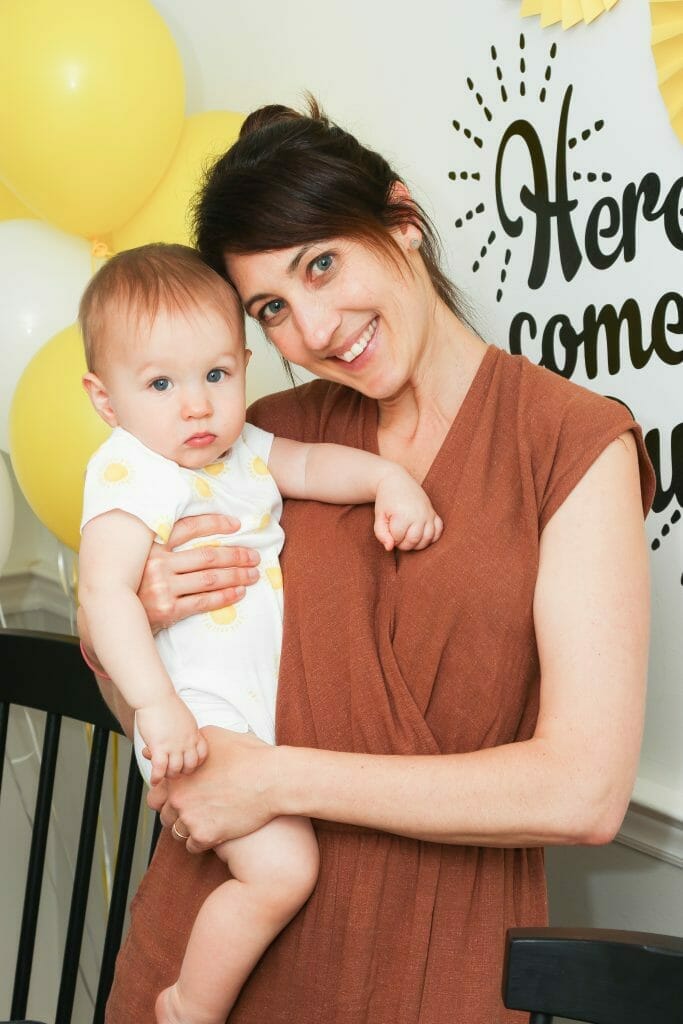 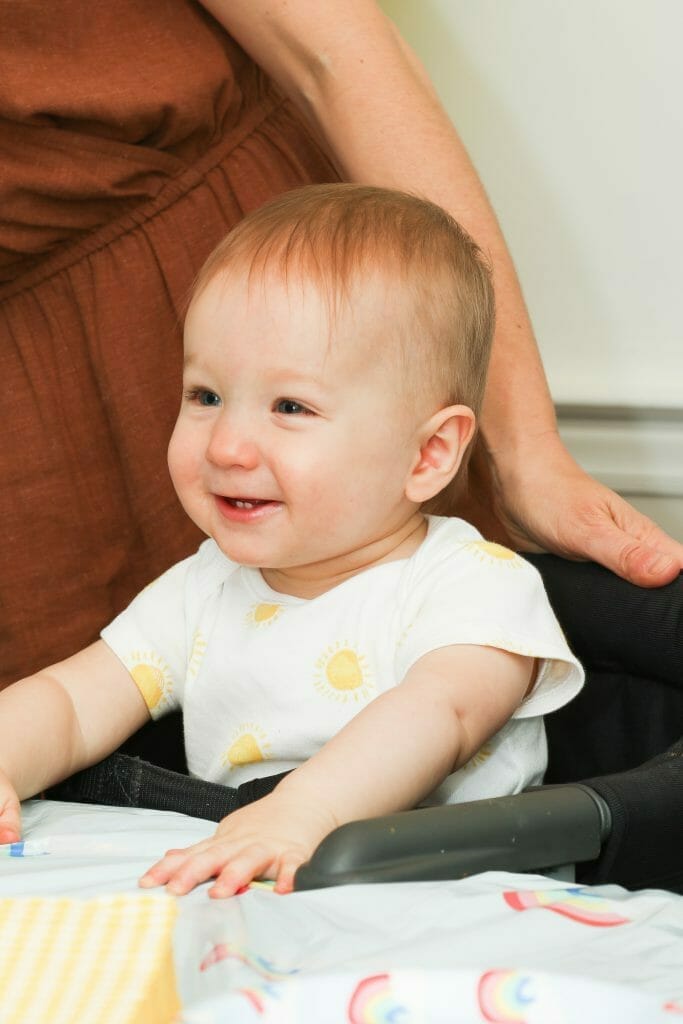 Wilder’s first birthday party was simple and sweet, and honestly just right.  We could not have asked for a better day.  The sun was shining, he was surrounded by people he loves and who love him so much.  I know he won’t remember this magical day, but luckily he’s got the four of us to tell him all about how special it was one day. 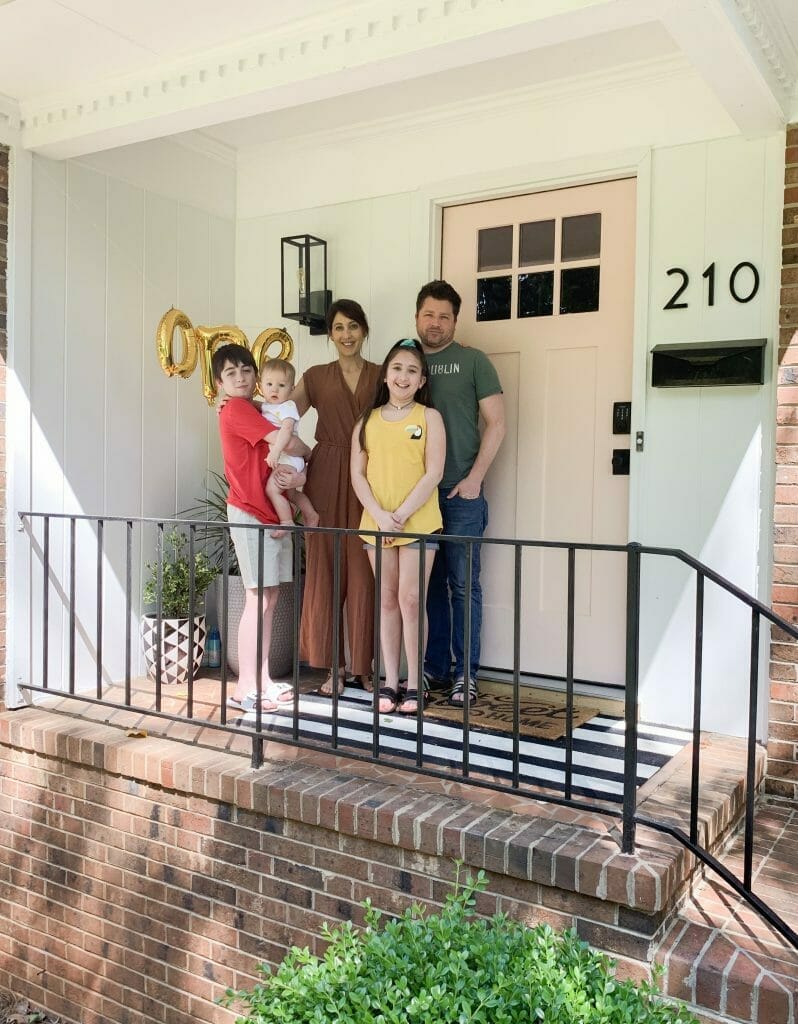 Happy birthday, little man…. thanks for a wonderful year of sunshine and smiles! 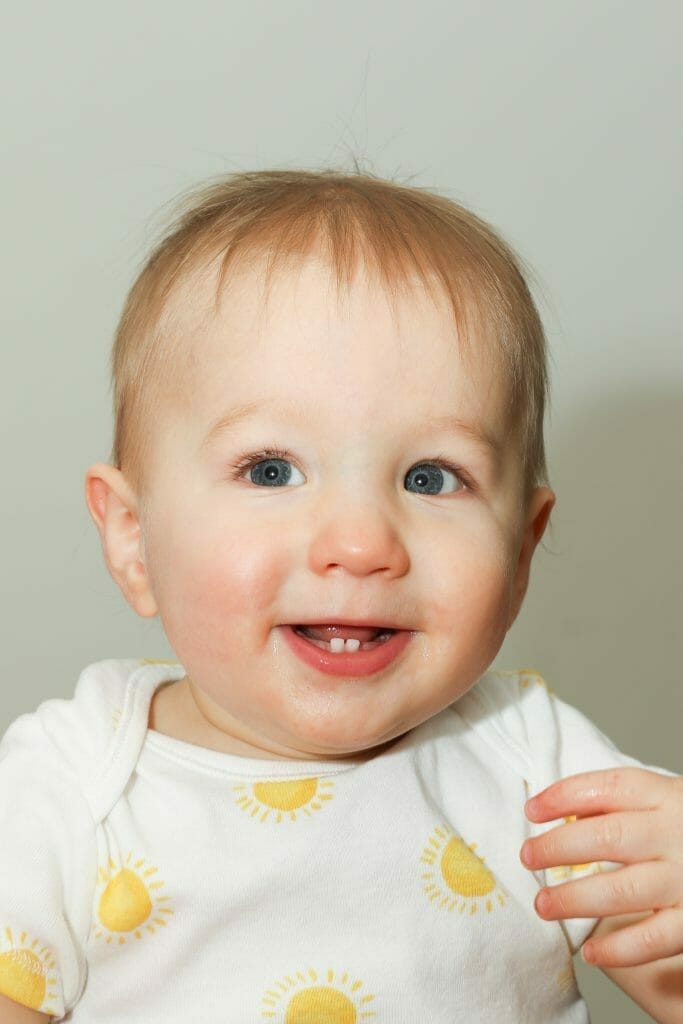