Good morning!  Monday I shared with you the recent addition of our crib, and teased you by telling you about wallpaper the closet last weekend.  Today is the day I am going to show it off and explain to you how to wallpaper a closet (as well as a couple of how nots- learn from my mistakes!). Wallpaper Direct was kind enough to supply me with the wallpaper and tool kit for this project.  (I was not otherwise compensated).  A couple of months ago, I received 4 samples of papers I had selected from them, including a dragon paper I used in my design plan which I truly thought would be the winner.  However, when the samples arrived, another paper pulled on our family’s heartstrings and the colors seemed perfect for the space.  Are you ready to see what we chose? (There is one affiliate link in this post.) 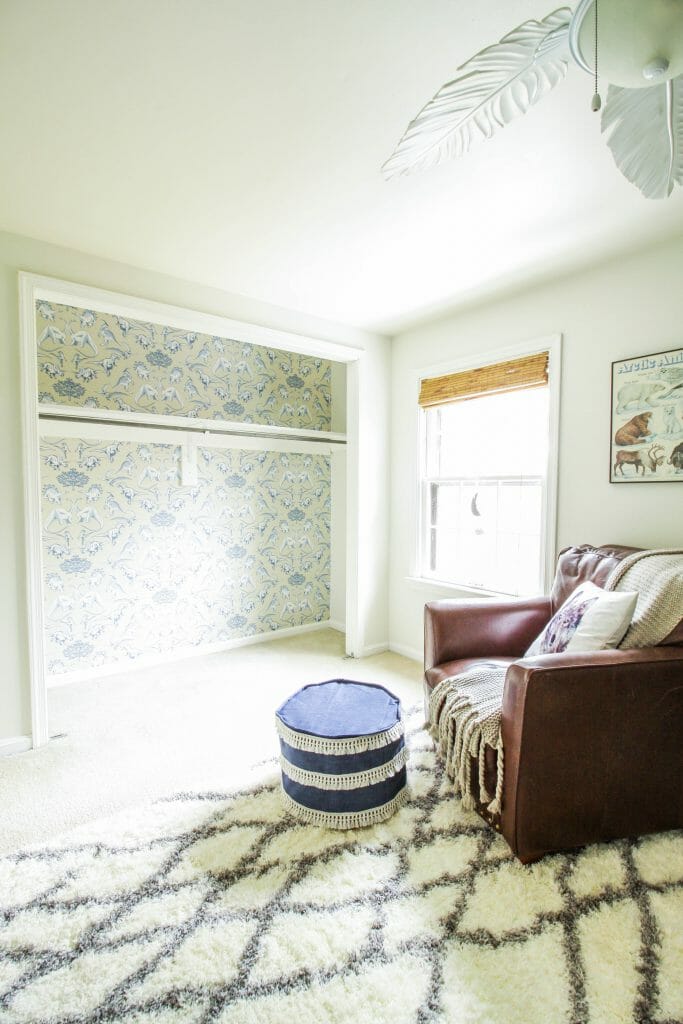 We went with the Dotty Dinosaurs in blue & stone, which is currently on sale and pretty inexpensive!  I’ve mentioned before when I showed you our dinosaur mobile that our family has a soft spot for dinosaurs.  Sawyer was obsessed as a toddler and knew all of the types of dinosaurs as well as all of their facts.  He had the Pottery Barn kids dino rug, and every book we could find about dinosaurs.  To this day, he still does, and is a huge Jurassic Park fan.  Because of his interest, the rest of us love dinosaurs as well!  This paper was the perfect fit and we felt could grow with him into boyhood, at least for a while. 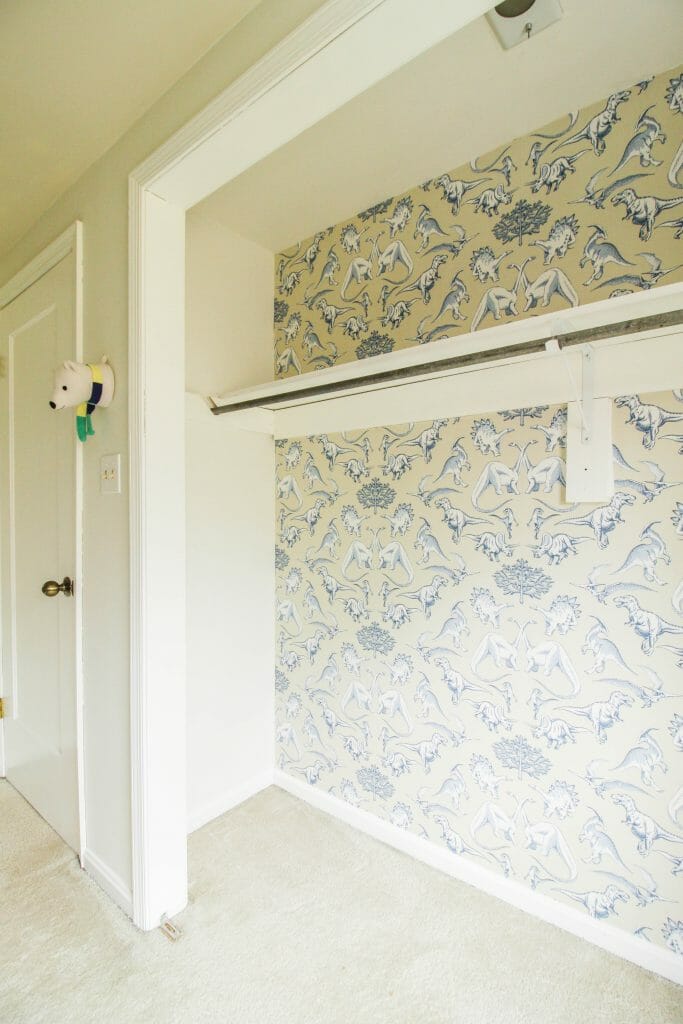 From start to finish, papering the closet took about 3-4 hours of time, and probably would have taken less had I papered walls before.  Once I got going, it became much easier.  Of course, this doesn’t include all of the prep work that had to go into creating this tiny space.  To really show you how far it’s come, I am going to take you back to where we started. 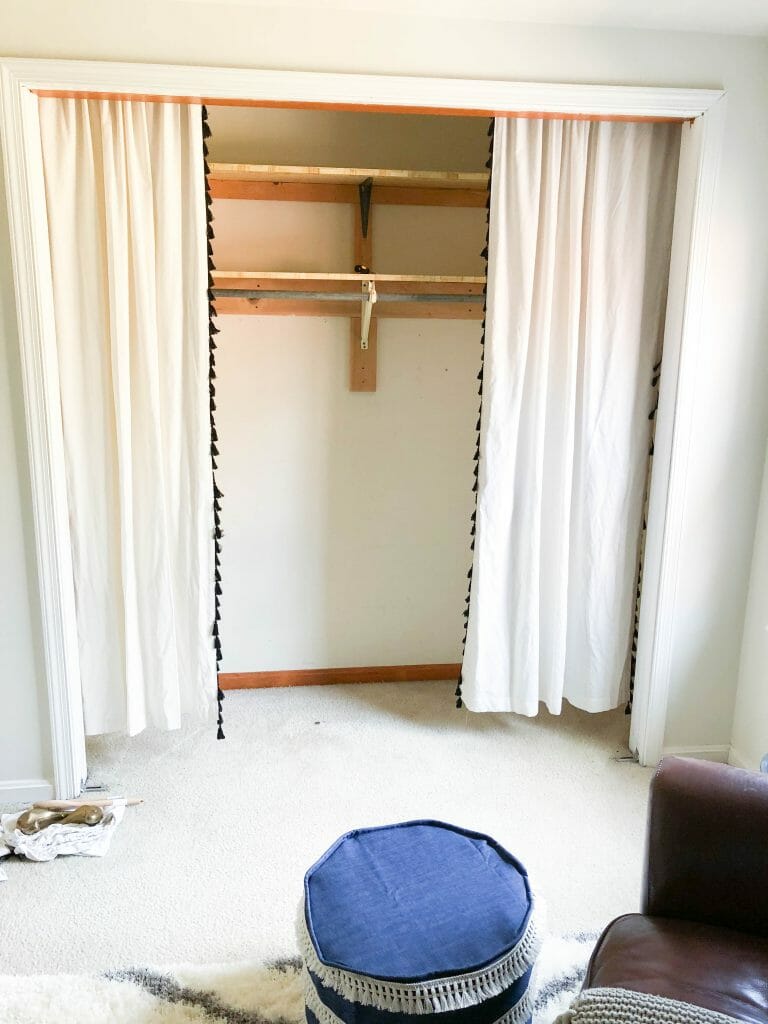 Gross, huh?  When it was Emmy’s closet it wasn’t so bad, but I never got around to painting all of the trim as you can see, or removing the old closet hardware from the top.  When it was her room it looked like this: 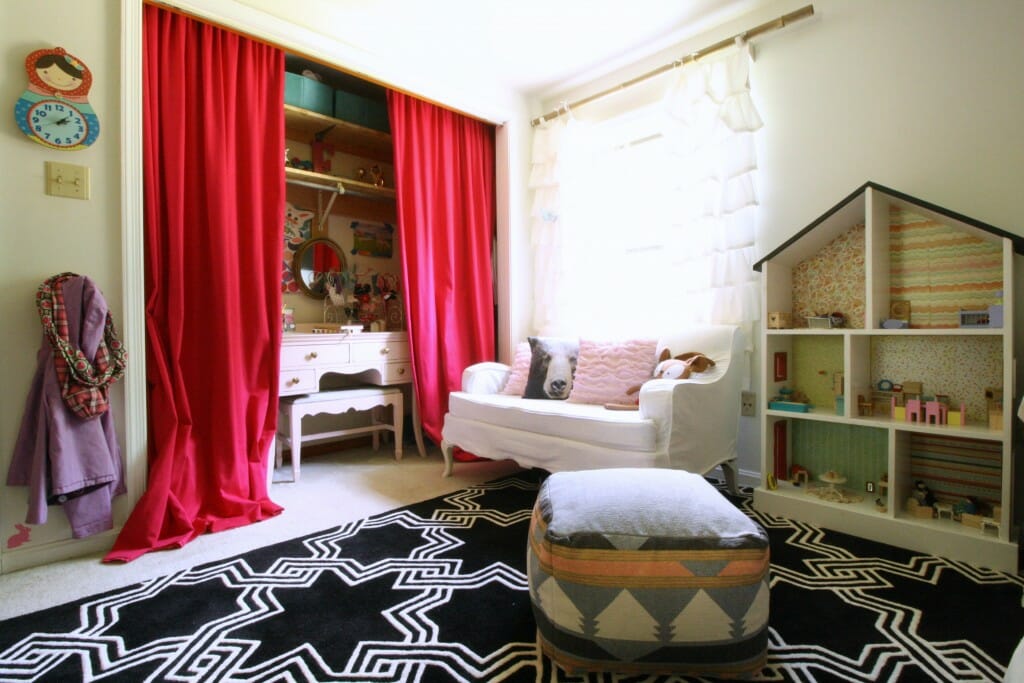 We had a lot to do to get this closet ready for paper.  I wanted to remove the existing ugly bamboo paper covered shelves and replace with just one wood shelf; remove the worn old almond colored bracket and replace with a bright white one from D Lawless hardware; sand, prime, and paint trim; fill holes and prime walls.  Here’s a close up of that ugly original bracket… 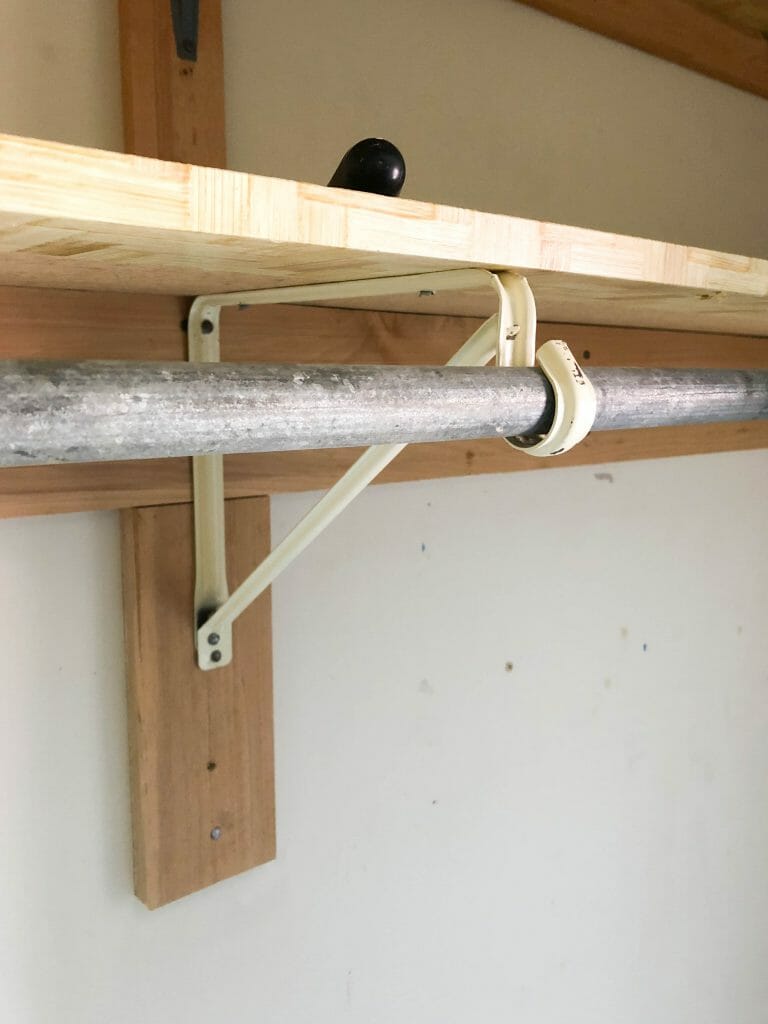 I sanded all of the trim, filled all of the holes, and tried to remove the top shelf… that last part is a “tried” because I instead got it wedged and realized it couldn’t be removed without the wood supports coming out, so Chris had to finish that job. See the photo below…. oops! 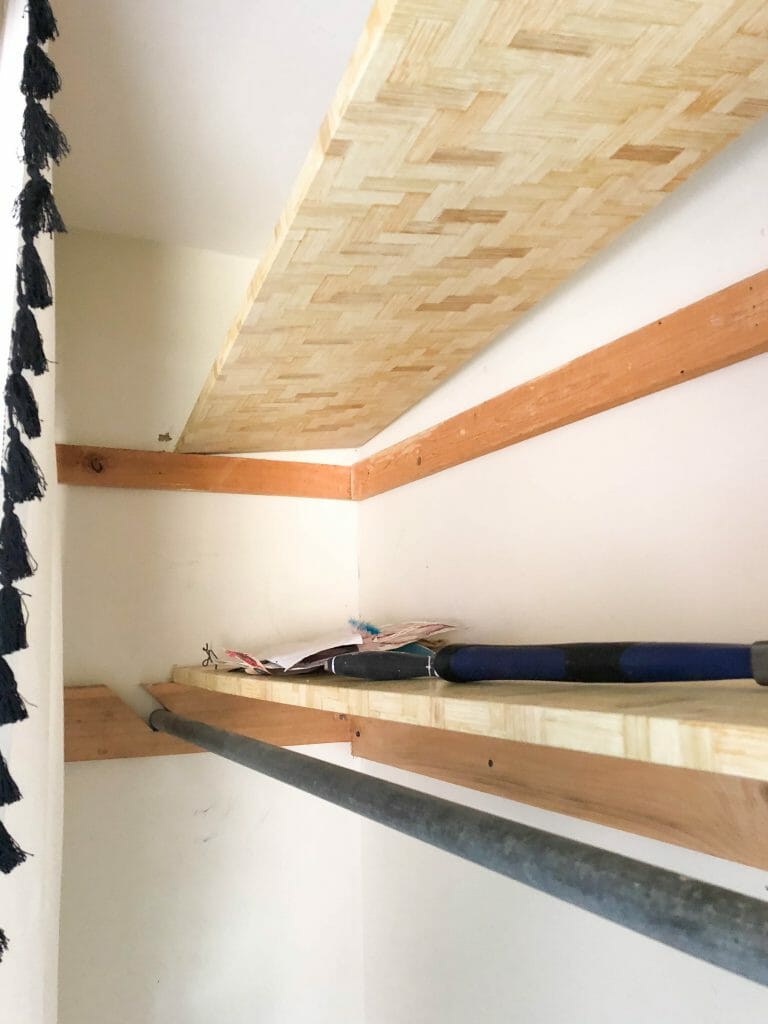 Once he was able to get that out, we removed the second shelf, but left the supports for that one.  I filled more holes, and got everything ready for him to prime the walls with water based primer and the trim with oil based.  After he primed everything I painted the trim as well as the wood supports, and we were officially ready to hang paper!

As I mentioned the people at Wallpaper Direct were kind enough to send a kit including all of the tools I needed as well as the wallpaper adhesive concentrate.  They included a guide on how to hang it, and I loosely followed that but also just trusted my gut at certain times. 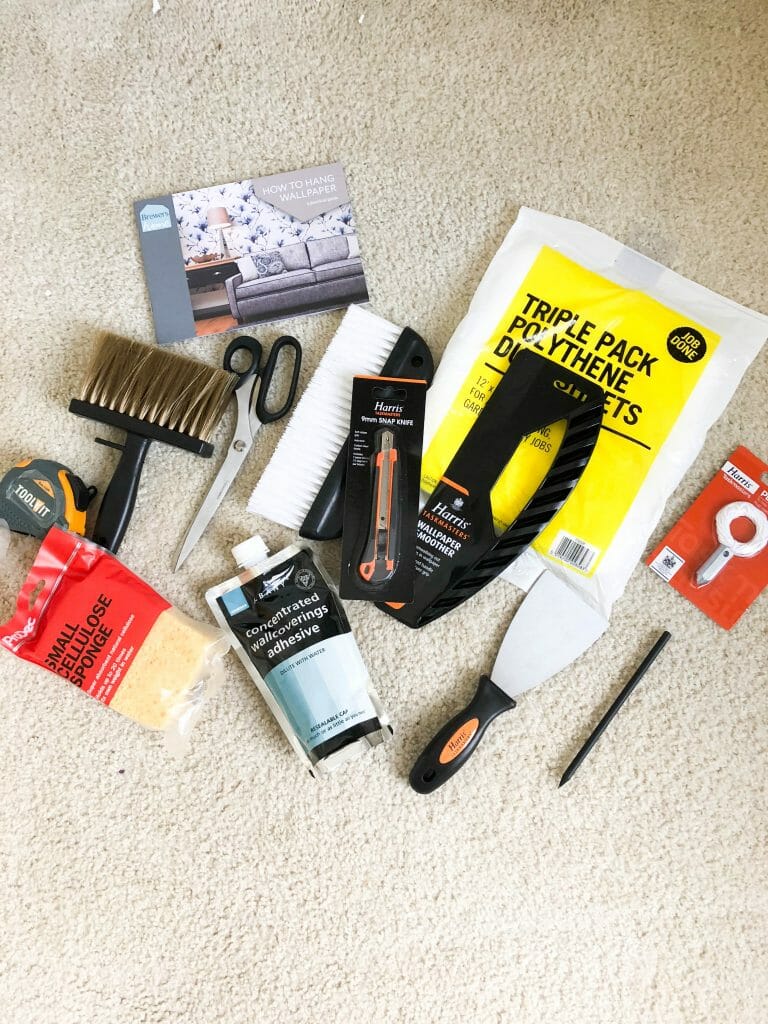 Because I was working with a closet that featured the wall mounted wood closet shelf supports, I began by papering the bottom section underneath the support and did the top section after I finished the bottom.  I am going to break this part down into step by step instructions for you.

I do want to mention one thing that I totally messed up because I didn’t know how to do it…. cutting around something.  In the future, I will simply notch out cuts to help me fit paper in and trim it after, but this time, I attempted to measure and cut and as you can see, it didn’t work out so well… You know what though?  It’s a closet, and it was my first time papering a wall, so I am going to just let it go and be happy with the fruits of my imperfect labor. 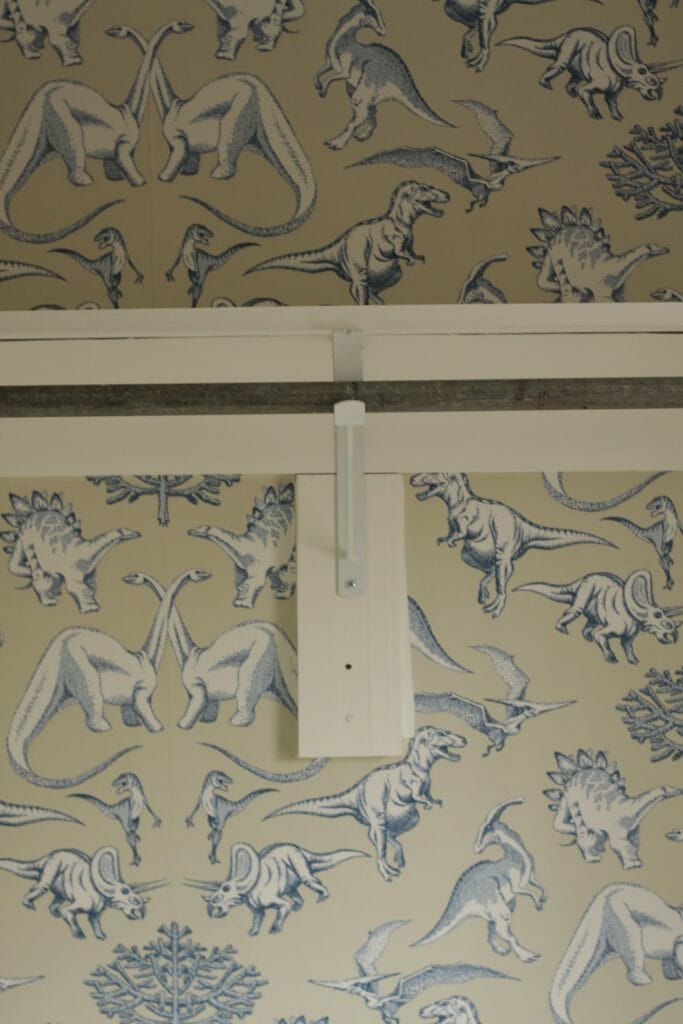 After all was said and done, I was thrilled!  The original plan was to add a stained wood shelf, but After painting the supports, I decided that the shelf would look better painted as well. The new bracket also looks much better, although our metal rod sits a little off from it.  Oh well.  I am not going to stress about that! 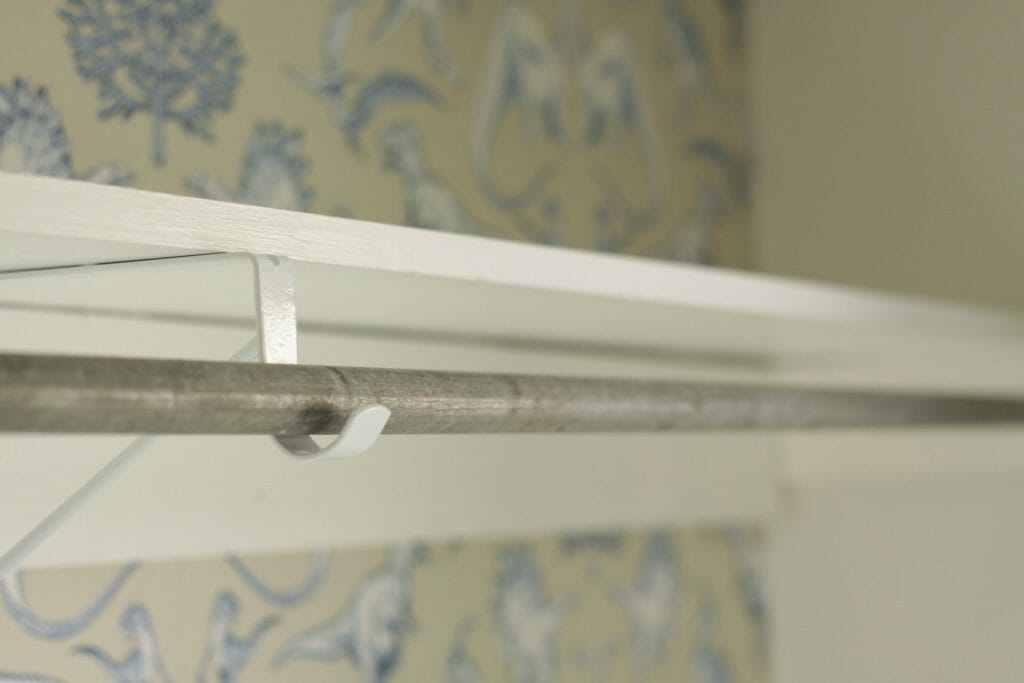 The original plan also called for velvet curtains inside of the closet, but I’ve decided to leave those off for now to really show off the paper.  The curtain rod is there so should I ever change my mind I can easily add them. 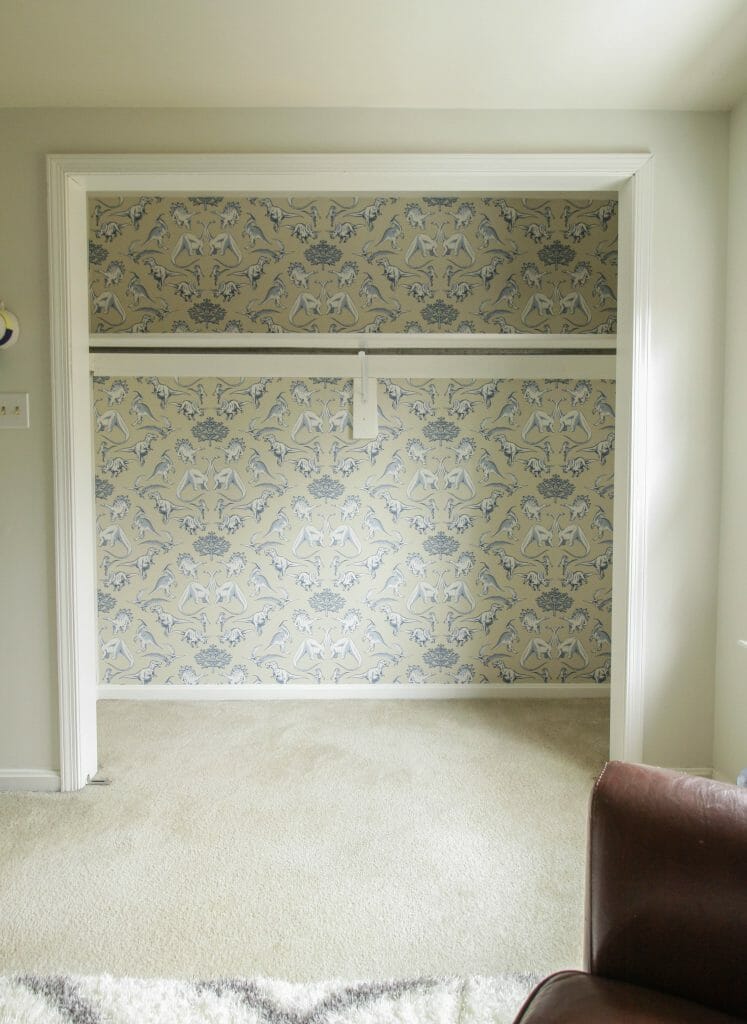 Someone asked me if we had a nursery theme, and we do not… the colors are cohesive, but it’s just filled with things we love, from dinosaurs to animals to cozy textures.  I wanted to show you how the wallpaper works with the rest of the room so far. 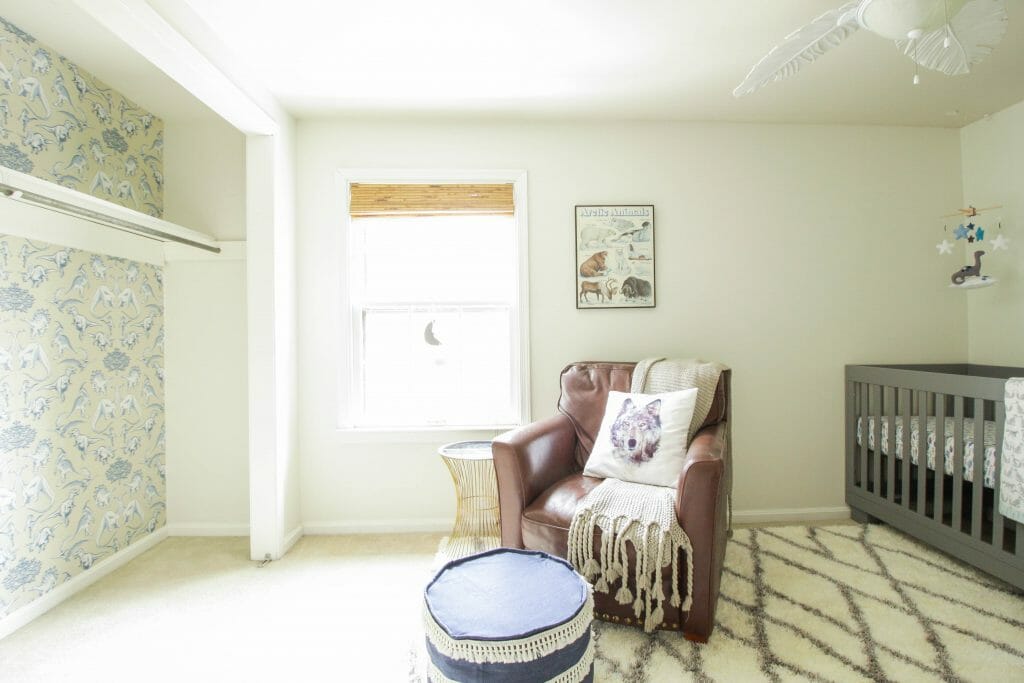 On the opposite side, you can see all of the clothes we’ve gathered piled up under the changing table.  Emmy and I organized them by size so once we get the dresser into the closet and some hangers, they’ll have a home. 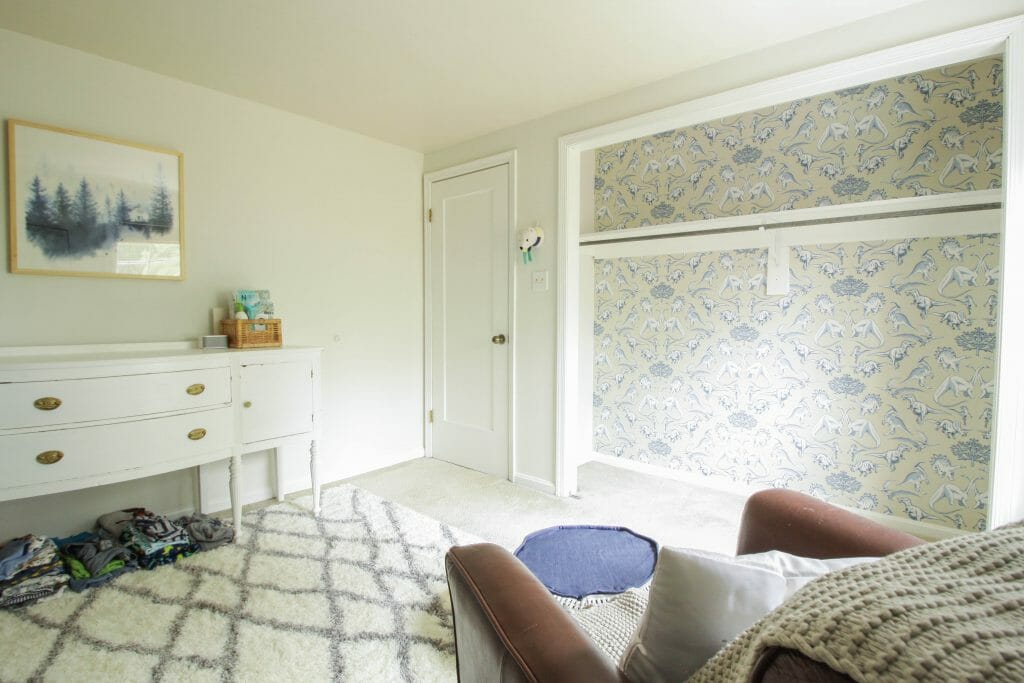 I also wanted to mention that cute little polar bear head on the skinny piece of wall between the door and closet. See him there? 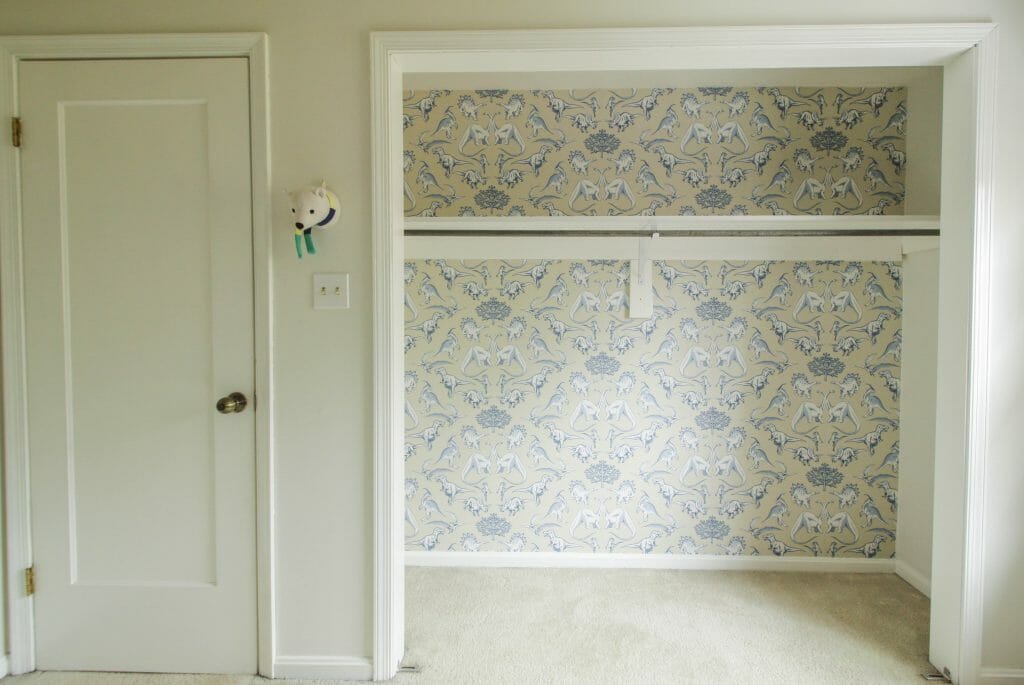 Emmy and I found him at Target on clearance for $2 back in January or February.  He’s a miniature version of the Pillowfort animal head decor and he’s a perfect size for that little spot. 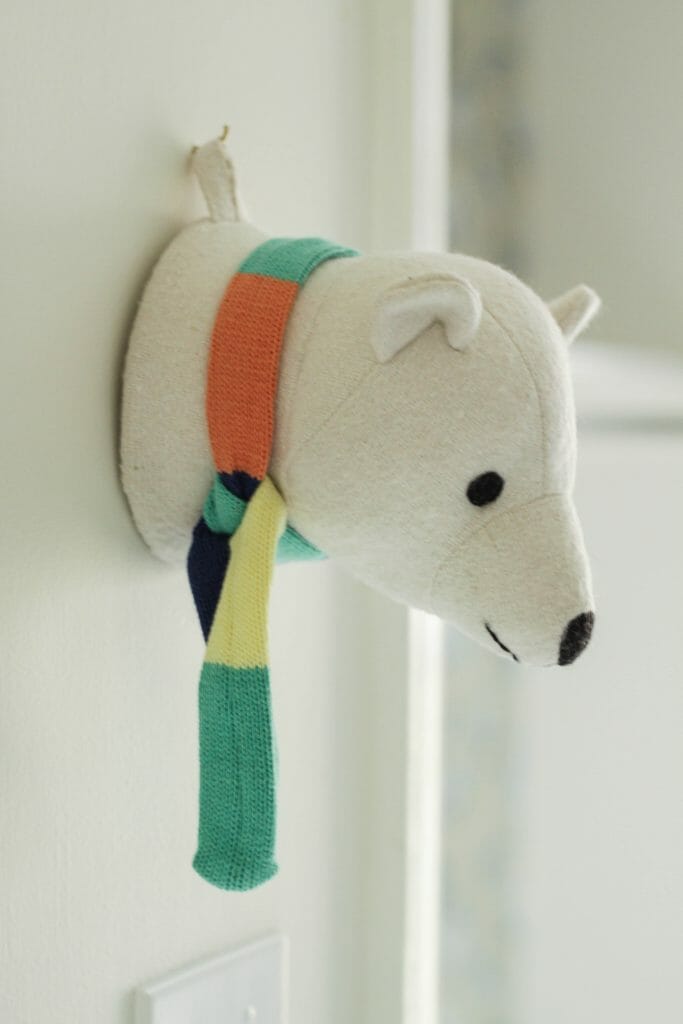 So far, I think this might be my favorite element of the nursery.   It’s the one that challenged me the most, adds a touch of fun and pattern in an unexpected place, and will hopefully inspire out little man to love dinosaurs like his big brother does.

A huge heartfelt thank you to Wallpaper Direct for partnering with me on this project and helping me create the nursery of my dreams. 🙂 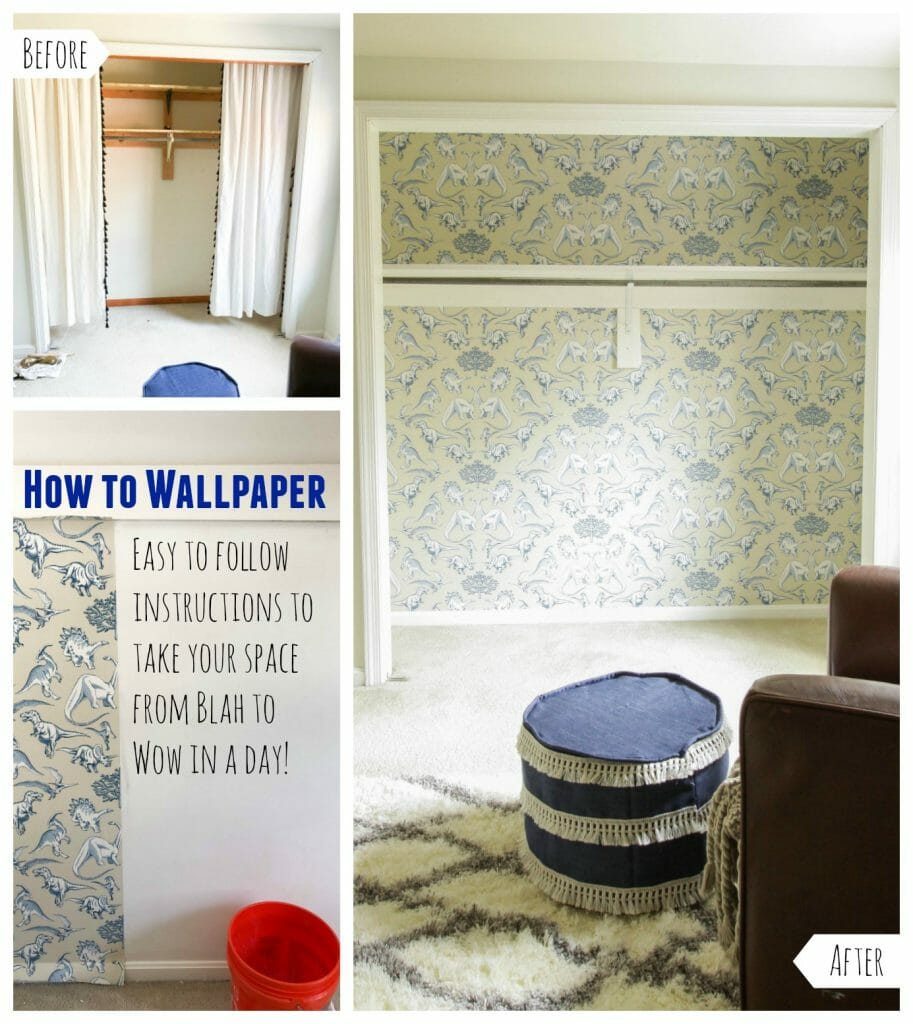 Now that I have one closet under my belt, the sky is the limit!  Of course, time is not limitless, so there is that.  Hope you all h ave a great weekend! 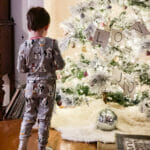 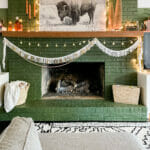 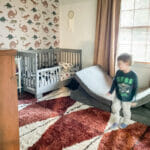 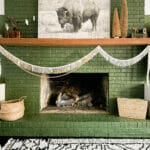 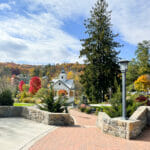 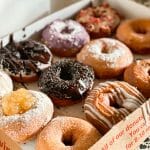