Over the last few years, Emmy has usually done something small for some of her friends for Christmas.  This year she decided not to do anything…. until last week!  Last Wednesday she came home and told me she wanted to make something for her friends, so I racked my brain for a last minute DIY gift idea for kids to give friends and came up with simple felt flags.  This project is inexpensive, super easy, and you don’t need skills or much in the way of supplies.  Adult supervision and help is needed should you decide to use a hot glue gun, which I did.  I sacrificed fingertips in the name of Emmy having gifts for her friends.  You’re welcome, Emmy. 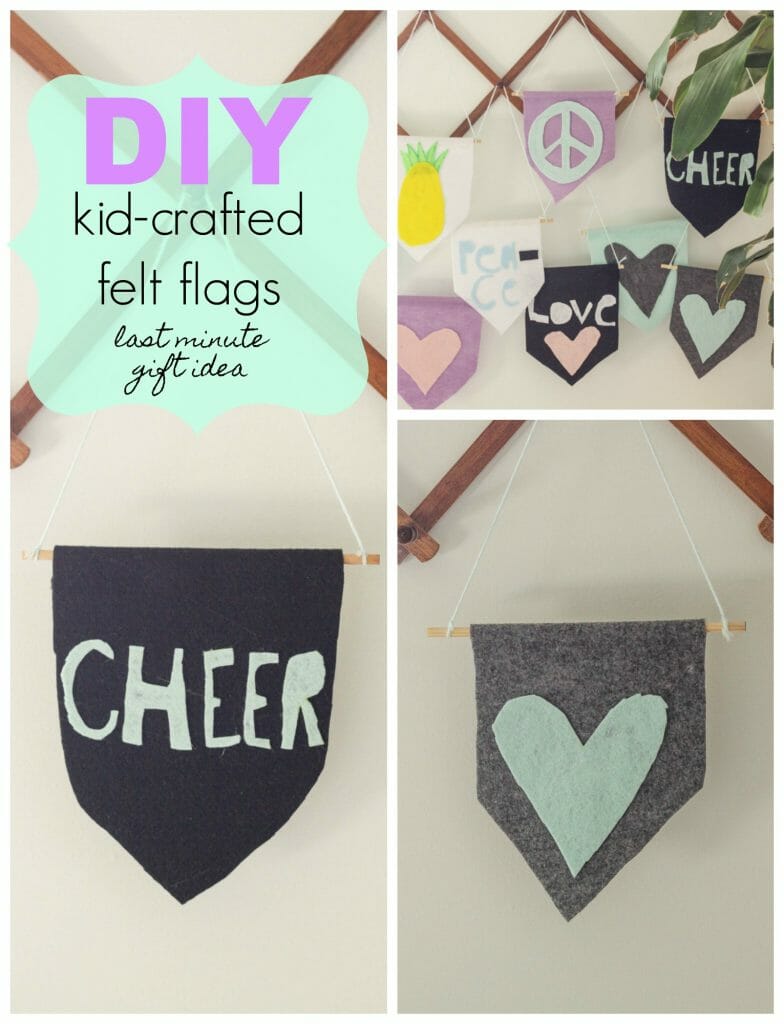 I have seen felt flags floating around the internet for a while now, but had never made one despite the fact that the looked so simple.  I thought these would make a great personal gift that Emmy could make for each of her friends, and I knew we could keep the cost down with the help of Jo-Ann store coupons, and the materials required are so inexpensive anyhow!  I had Emmy plan out what colors she wanted for each of her friends, and while she was at school Friday, I took a trip to Jo-Ann’s and picked up everything we needed.  I spent less than $20 which made 9 of these little guys. To make these simple felt flags, you will need:

Although I came up with an idea for Emmy, I wanted her to be the one really creating these gifts for her friends.  I had her plan and cut out everything she wanted for each banner, including the flag itself.  I did use a jigsaw to cut some dowel pieces to 9″ each for her to use for the flags, and I instructed her to make her flags a couple of inches longer at the top to allow room for the dowel.  I had her lay out all of her designs on the dining room table for me.  Her original plans had a lot more words, but once she discovered how hard little letters were to cut, she diverted a bit.  Actually, she asked me to cut her letters, but I said no and suggested maybe she just change her plans.  I told her that this was totally her project, and I wasn’t going to be doing any of the cutting, but I was happy to do the gluing so she didn’t burn herself.  The conversation may have actually included more screaming and tears than implied here.

Eventually, all of her designs were laid out across the table, and paired with dowels.

Each design also had a slip of paper with the recipient’s name… she truly wanted to make each of these personal for her friends.

Once they were all laid out, it was my turn to jump in with the hot glue gun.  I basically worked in an assembly line, completing one flag after another.  The first thing I did for each one was fold down the top with the dowel in place. Then I lifted the felt a bit, made a line of hot glue, and pressed it down, creating a loop for the dowel to sit.  Once that glue dried and the dowel was in place, I flipped the felt flag over so that the folded end would be on the back side.  Then I simply hot glued all of her pieces in place.  “Simply” is a term I use loosely here… some of those little pieces weren’t so easy on my fingers with the hot glue, and there was some under-the-breath cursing going on when Emmy was out of ear-shot, minus the one time I slipped because I totally burnt my finger tip. Oops.  After all of the hot glue had cooled, Emmy cut and tied yarn onto her dowels to hang the flags.

When the flags were complete, the burns and tears were all worth it because Emmy has some adorable little flags to bring her friends to school today!

For her friend who is a cheerleader, she created this flag.

For her little boho-loving cactus mama friend, she created this cactus flag. 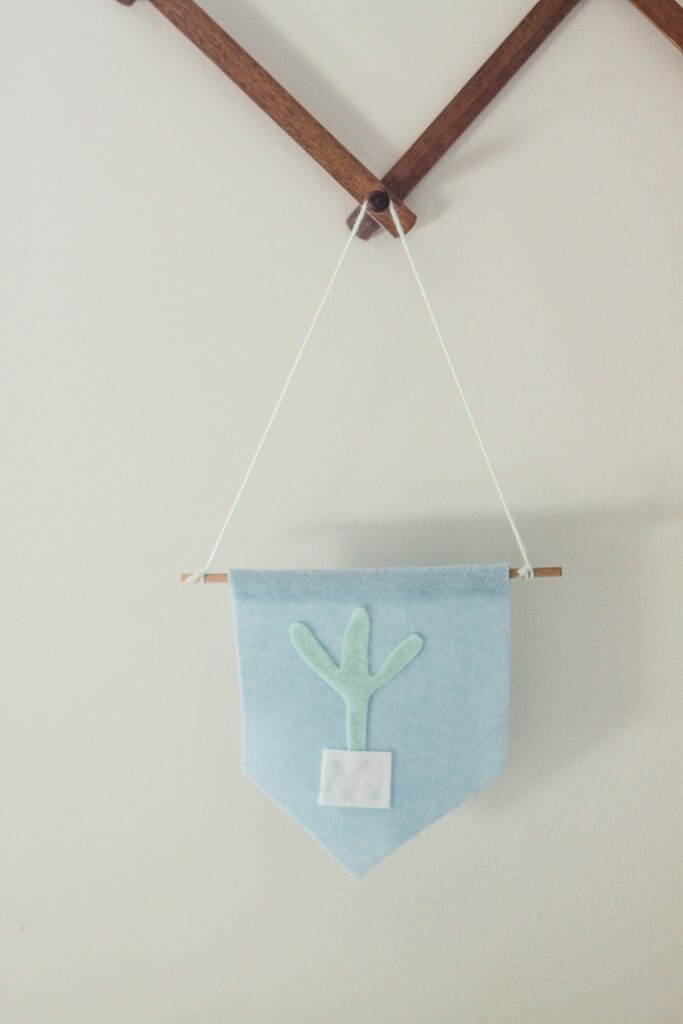 What I love most about her flags is the childish imperfection.  The flags aren’t exactly even, and the letters don’t look the same, but they are so obviously made by her with love and so charming! This one with the oddly hyphenated “pea-ce” is my absolute favorite! 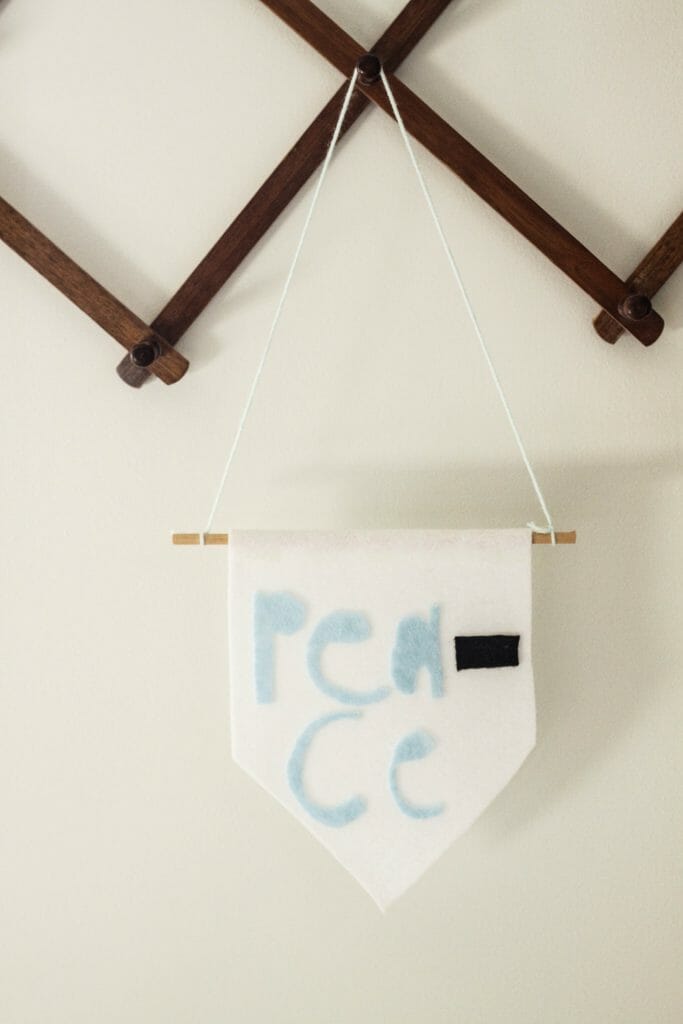 She fabricated a pineapple for one friend in particular who loves pineapples. 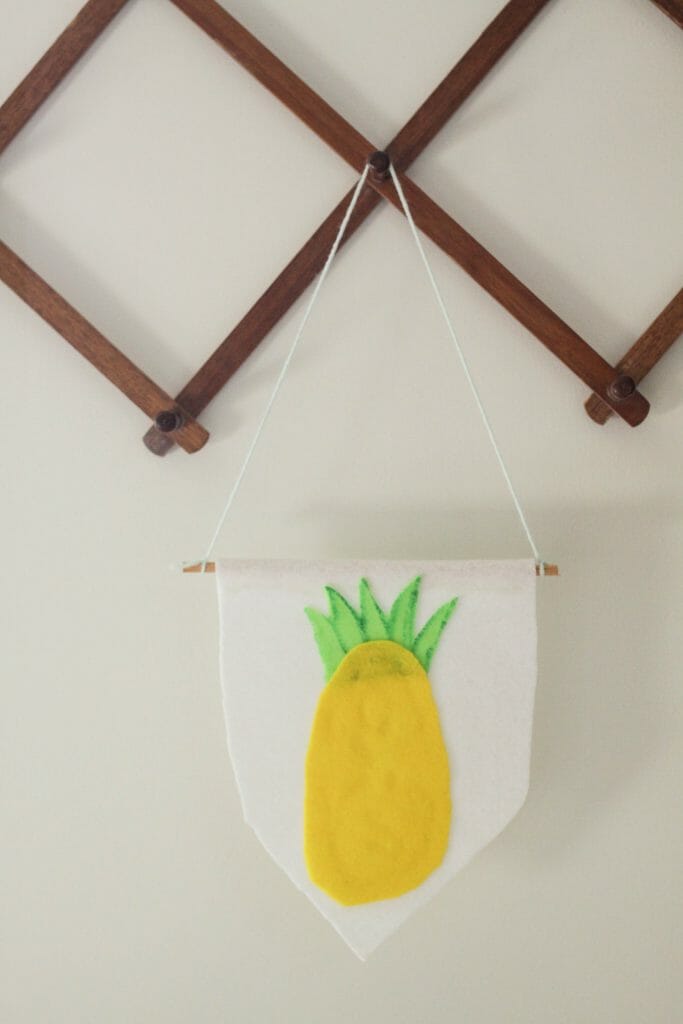 And there’s nothing sweeter than hearts for girls! 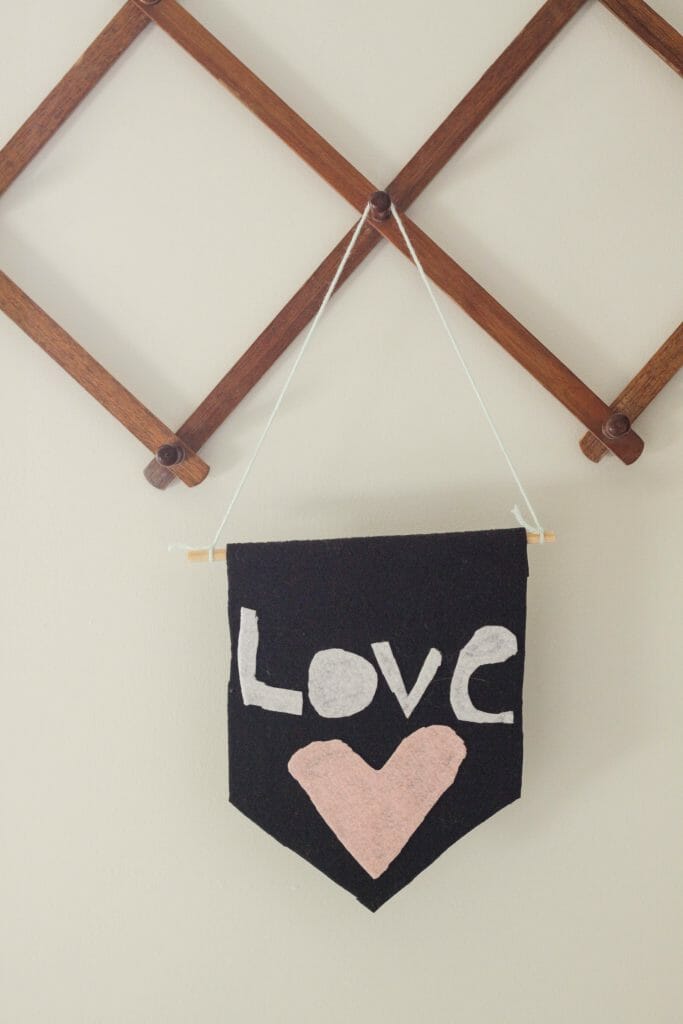 Today Emmy is bringing them all to school, and I can’t wait for the report when she comes home.  I truly hope that each of her friends is happy with the thoughtful gift that Emmy created for them. Not too bad for a last minute DIY gift idea- you still have time! 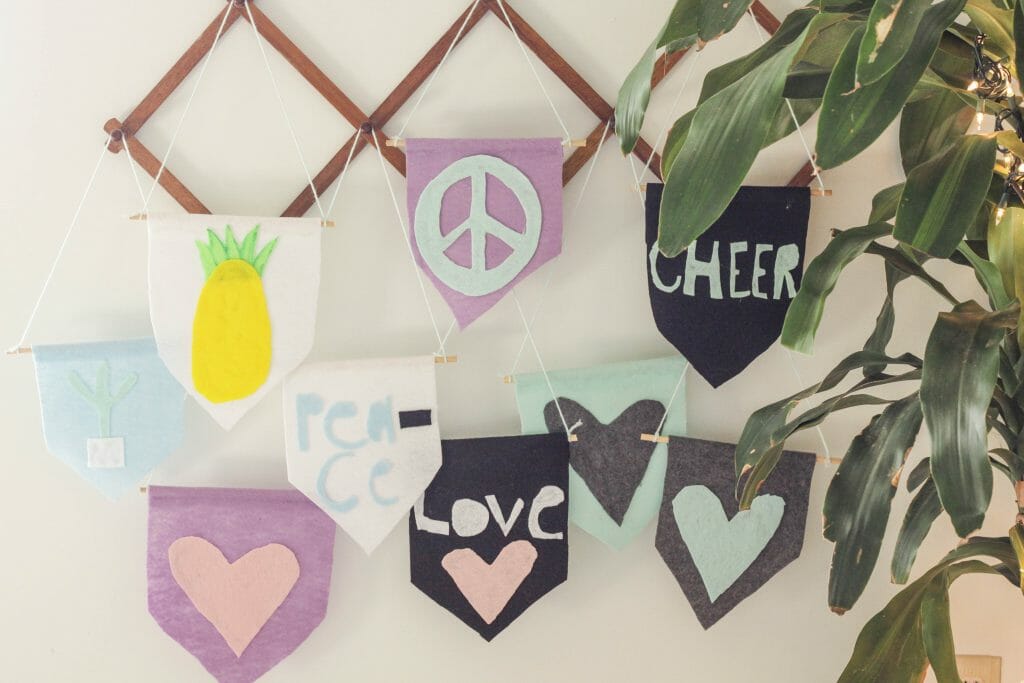 PS- A quick reminder to please go vote for Emmy’s Snowman on Main St by liking the photo of it here!

« Town Christmas Tradition: Snowmen on Main (Vote for Emmy’s!)
Happy Holidays from Us! » 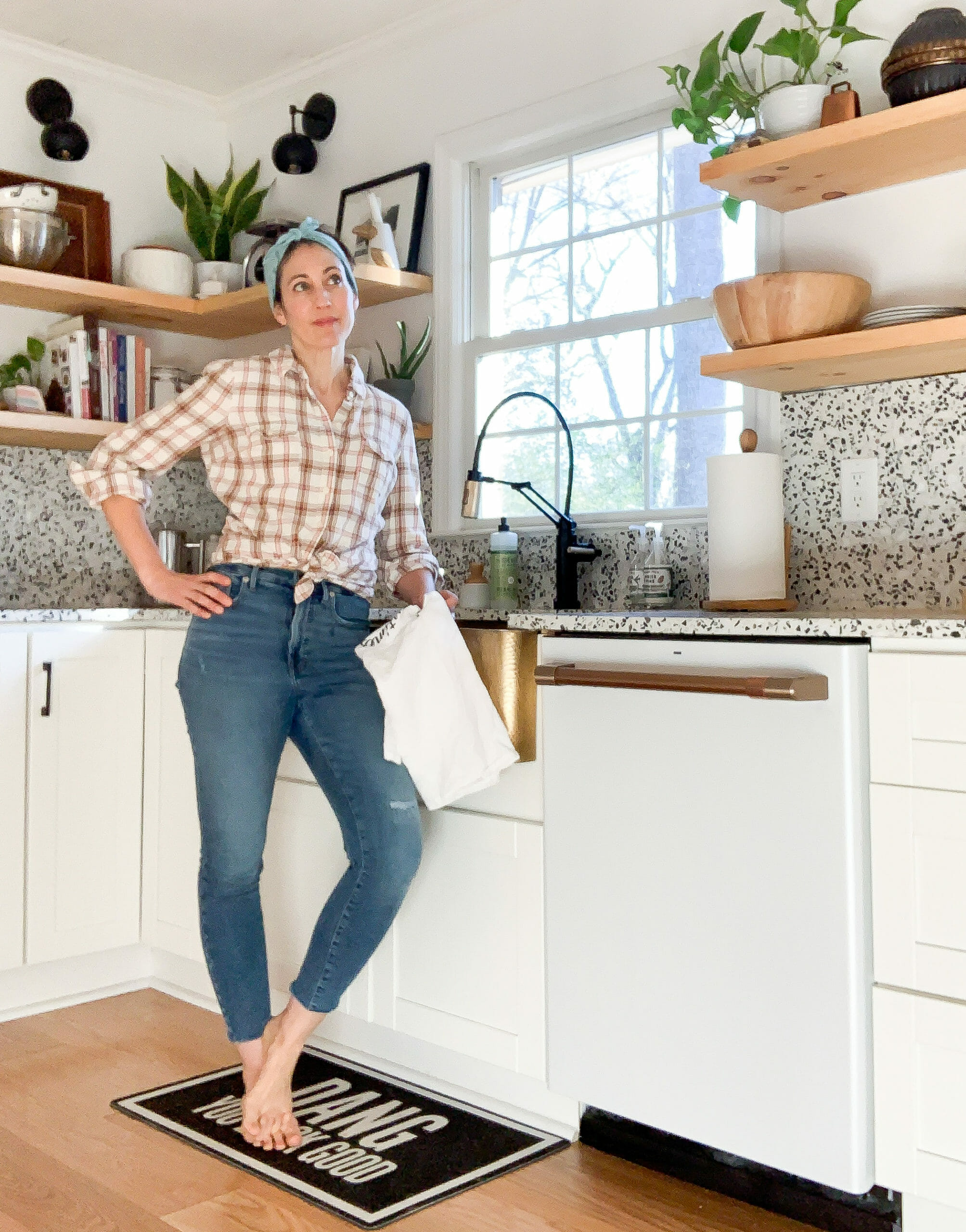 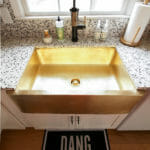 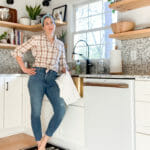 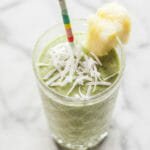 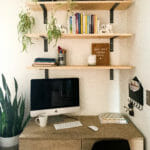 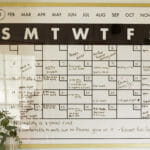