It’s getting real around here!  We are officially at the halfway point of the One Room Challenge Fall 2019.  Truthfully, that means we only have a couple weeks of work left because by that last week, it had better be just details, styling, and photography!  Usually by this point though, things are still feeling doable.  It’s not until next week that sheer panic, anger at ourselves for signing up, and stress eating really kick in.  To be honest, I am feeling relatively good about where we are right now, but I am actually out of town this week for a conference, so that kind of hinders progress.  My husband is home with the kids and told me to make him a list of things to get done, since, you know, he was gonna have all this “free time” since he took time off work.  He’s about to get a real taste of what my days are like chasing around a toddler and accomplishing nothing, rushing through the 2 hour nap time to do laundry, eat lunch, work as much as I can….but you better believe I am making that list anyway!  Anyhow, if this is your first time here, we are working on our dining room/nook and you can find the design plan here, and last week’s progress here.  This past weekend we busted our buts to get some priming and painting done. (Thank you so much to Sherwin Williams for providing me with the paint for this post.  I was not otherwise compensated. This blog uses affiliate links.)

OK, so everything is so white and sterile right now… It’s like a white box challenge.  Have no fear, color and warmth will be coming!  This table is actually our basement game table, and a new live edge wood table will be on its way here in a couple weeks.  We’re cutting it close with that, I know, but it will be SO worth it!

Last week when I showed you the banquette it was just plywood and trim, painting that bad boy was my Saturday project.  I primed it with a water based primer since it was just going over raw wood, and then applied 3 coats of Sherwin Williams Pure White in semigloss.  I just love Pure White and we’ve used it on many walls in this house as well as the front porch, and it will be going on the walls in this space and our kitchen as well.  It’s just the perfect white- not too creamy and not too sterile and cold either. 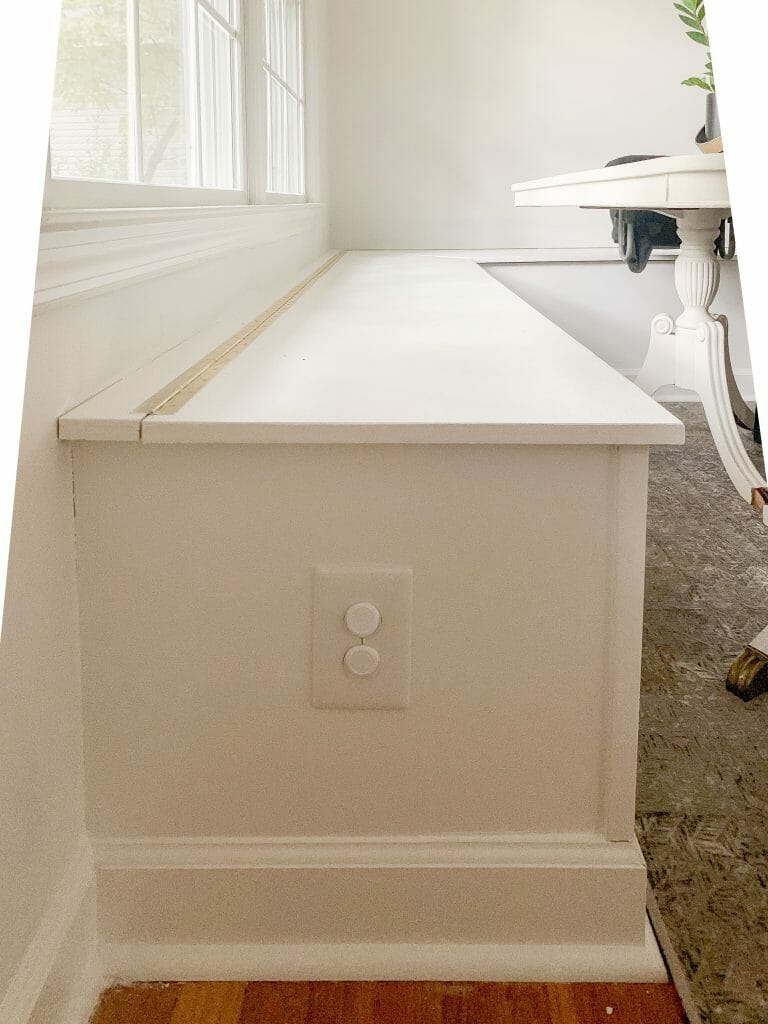 In addition to painting the banquette, I painted the pre-primed trim and the crown molding in this space and throughout the kitchen.  The plan was that when I was done, Chris would take over and prime the walls.

I finished my part and cleaned my brush while still wearing the headphones I had been using to listen to podcasts while I worked.  I was still listening when Chris asked me where the primer was.  I heard “paint brush” and told him it was where we always keep it in the basement.  I wasn’t paying attention to what he was doing to be quite honest… I was tired and focusing on the podcast.  He proceeded to pour his primer into the tray, and began rolling the walls.  He mentioned that the consistency seemed a little off, but I just shrugged, like “I don’t even care right now, I just want to go take a shower!” Then he said, “This stuff smells… I am going to get high painting.” It was then that I noticed he had grabbed a can of our oil based primer I reserve for special projects, and had not used the primer that I had left out for him on the dining room table.  Oops.

One wall was primed with that oil based primer, and then he switched to the water based intended for the walls.  Only a few brain cells were killed that day, thankfully. While I do hope that Chris is able to get some things done while I am away, I worry about him using the right products and doing a good job if I am being honest.  I will try to “let go” and not text him to check in on progress and details, but that is going to require a special restraint on my control.  Luckily, the only thing he needs to do is paint the walls, but I worry he will grab the semigloss instead of the satin, and I do not want shiny walls!  No, thank you! 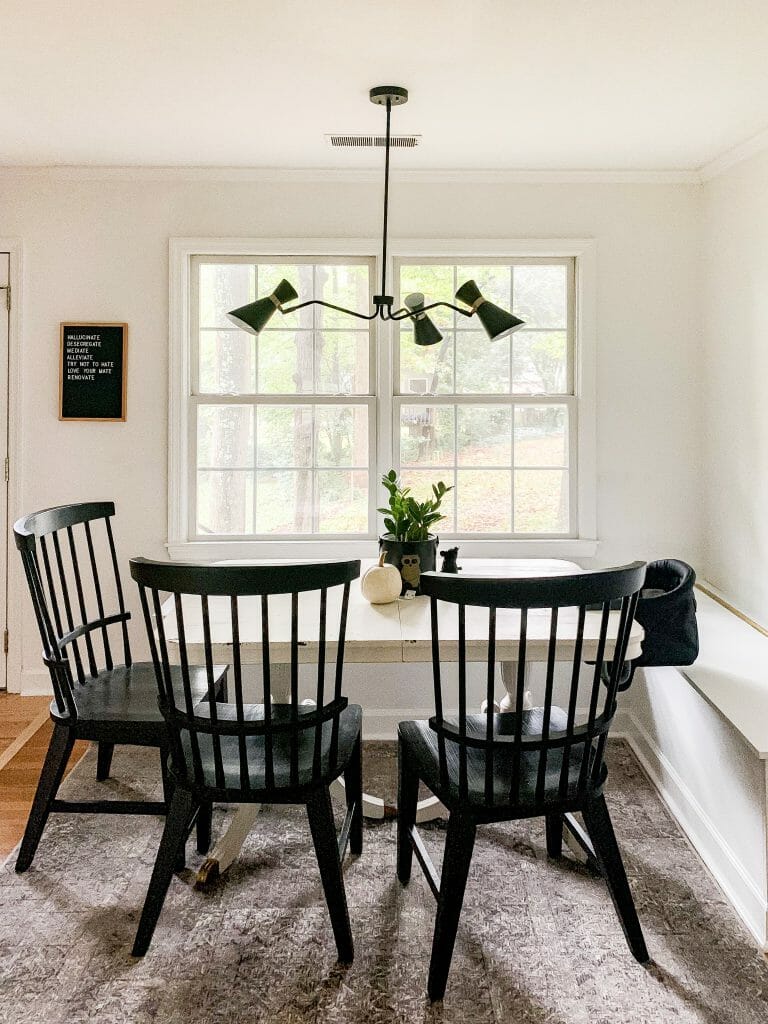 Hopefully Chris can get the walls painted so that after I get home (late Saturday night), I can use Sunday to get the mural up on our wall.  The mural is going to totally make this space, and I can’t wait to see it up there!  I would have put it up this weekend, but after seeing what Chris did with paint to Wilder’s wallpaper, I decided it was best to have him paint first because his clean edges are not the same as my clean edges.

One thing I want to mention here as well is that the guys who built the bench used these super long brass hinges, and I know they are sturdy and what was needed for this job, but goodness I really HATE the way they look and wish they were hidden.  Luckily, Ruhani at Naptimes & Notions will be making us a custom bench cushion and we won’t have to look at those. Also, if you are looking for our light fixture, guess what… it is under $68 here!

That’s all for this week.  I am going to practice gratitude that I have a husband who is willing to help me get this project done, but I’ll also be praying that he does it right.  Fingers crossed!!! 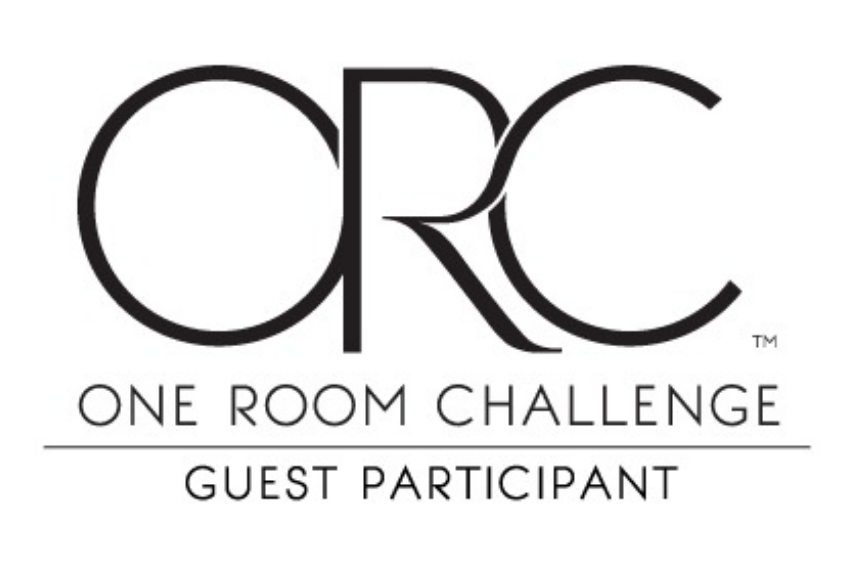 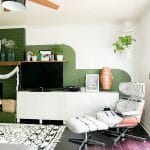 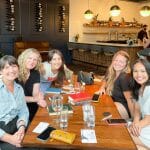 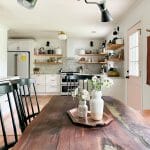 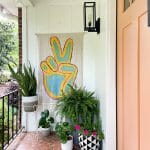