When we purchased this house 3 years ago, we were thrilled that it had a space that would be perfect for a playroom. At the time, we had an 18 month old and a 6 week old, so getting things done was a bit of a challenge. We set up the playroom despite certain things that needed attention, and said we would get to them later. “Later” finally came this past weekend! The room had been carpeted, but baseboards had never been installed. The windows had been primed, but never painted, so dirt and dust stuck to them. Here are a few pics of what it looked like on Friday. I had already painted their table and chair sets so that part was already complete in these pictures. 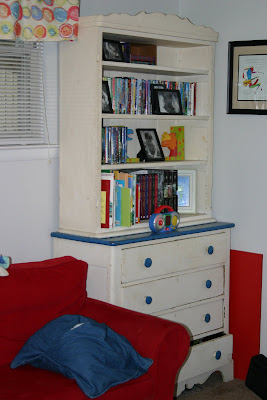 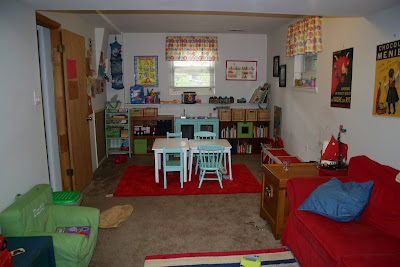 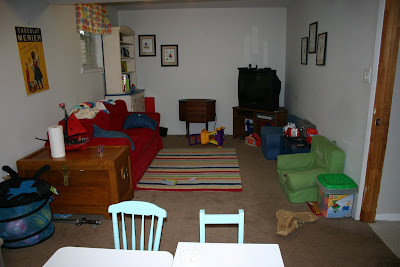 We enlisted my parents to watch the kids for a day, borrowed my dad’s miter saw and nail gun, and went to work. Here I am nailing in the baseboards. (FYI, I purchased primed baseboards and painted one coat on them before installation, so that I would only have to do one coat on them once they were up). That part was so fun! I had never used a miter saw or nail gun, so I really enjoyed it! I think I may be putting miter saw on my Christmas list this year! 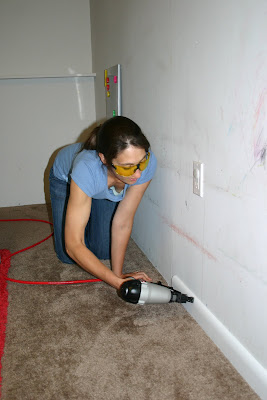 Once the baseboards were installed, nail holes filled, and the seams caulked, we let the caulking dry before we started painting the walls. Perfect time for a lunch break! After lunch we cracked open the can of paint. I had purchased the paint on sale in the fall. It was called “Gleeful” by Sherwin Williams, and when I opened it I was less than “gleeful”. In my memory it was a soft lime green, but in person, wow. I went ahead and started putting it on the wall, hoping that it would be better on the wall. My husband came into the room, and said exactly what I felt, “Wow, now that is bright!” And it was. I felt like I was inside a highlighter. We hemmed and hawed and eventually went back to Sherwin Williams and ended up purchasing another color called “Dancing Green”. Here you can see “Gleeful” around the window compared to “Dancing Green”. 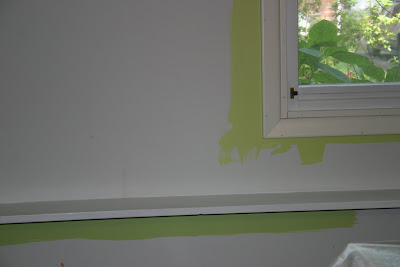 MUCH better! So if anybody needs 2 full cans of Harmony in “Gleeful”, just let me know!!
Once the room was painted with 2 coats, the baseboards painted with a second coat, and the window trim painted, the fun part came! Decorating!! We had wanted more storage, so I purchased an IKEA Expedit bookcase and some baskets. I also purchased some red frames from IKEA ($3.99 for a 2 pack!) and some unfinished ones which I plan to paint and continue to frame the kids artwork. I found some red metal plant pots that are perfect for markers, legos, etc, and they were only $2.99 each. They were ideal for reorganizing the antique hutch as it had become a cluttered eyesore. We used all existing artwork which includes a set of Brian Andreas Storypeople prints, a pair of bugs playing instruments purchased when we lived in New Orleans (and remind me of the Crescent City), a Dr Seuss poster purchased in Annapolis, and a Richard Scary print found at a yard sale.
Here is the room now…. I still plan to make new curtains but have yet to find the right fabric. I want a bold and modern pattern with reds, lime greens, and turquoise and white. If you know of any, let me know! 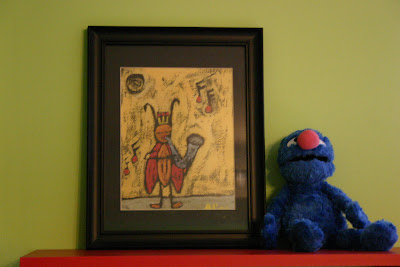 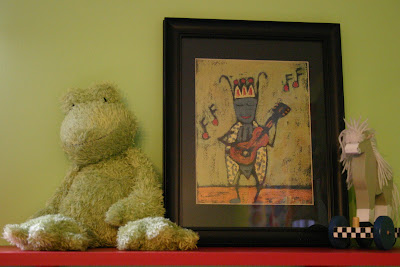 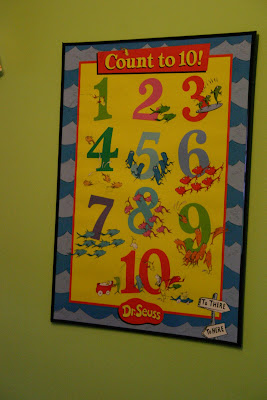 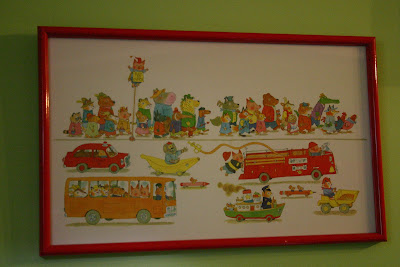 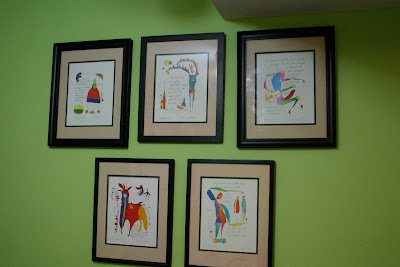 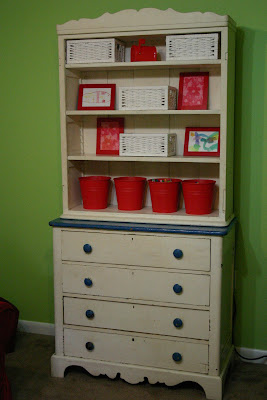 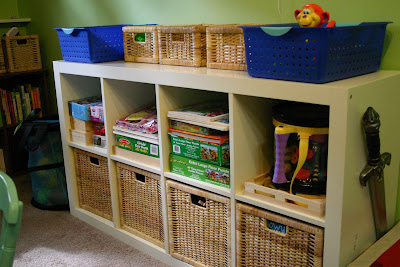 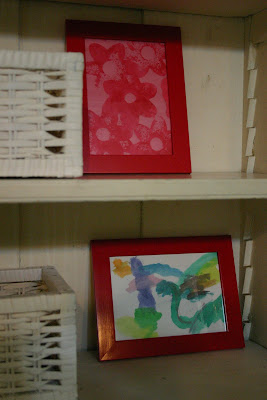 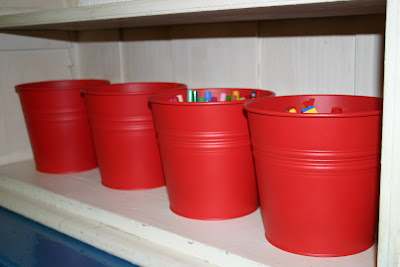 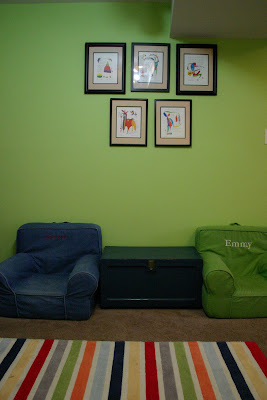 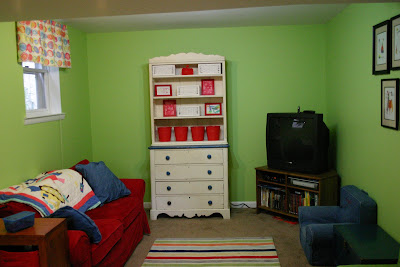 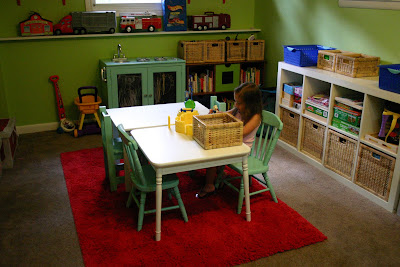 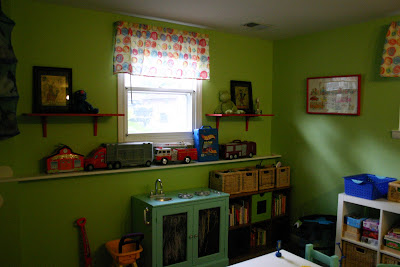