Is it just me or does being stuck at home on a snow day act as a catalyst to making changes in the home?  The past two days I have been busy reworking our living room layout a bit.  It’s had a pretty consistent layout since we first set it up when we moved here.

We’ve had these two sofas facing each other from day one.  They are both on the smaller side at 76″ each.  We love them- love the style and the fabric, but it’s become evident that we just don’t have enough seating when we have company. 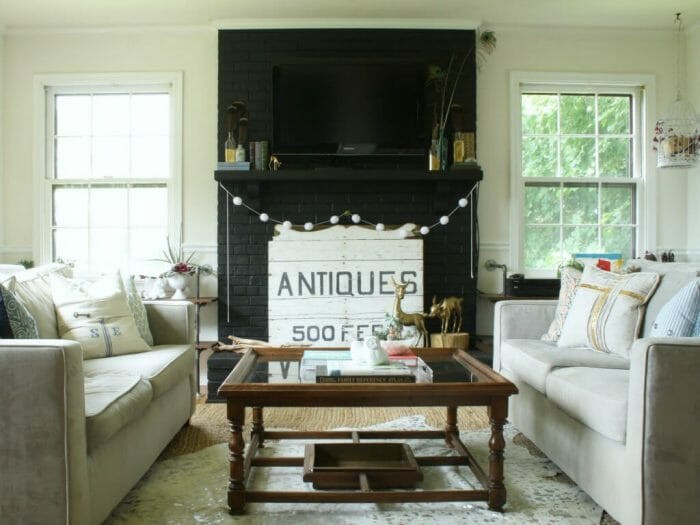 My brother and sister in law visited a few weeks ago, and the room was just feeling so cramped to me, and not as comfortable as I wanted.  It was making me twitch.

The bookcases were one of the first purchases we made for this house (after the sofas), and immediately went into the spot they’ve lived in for the past three years. 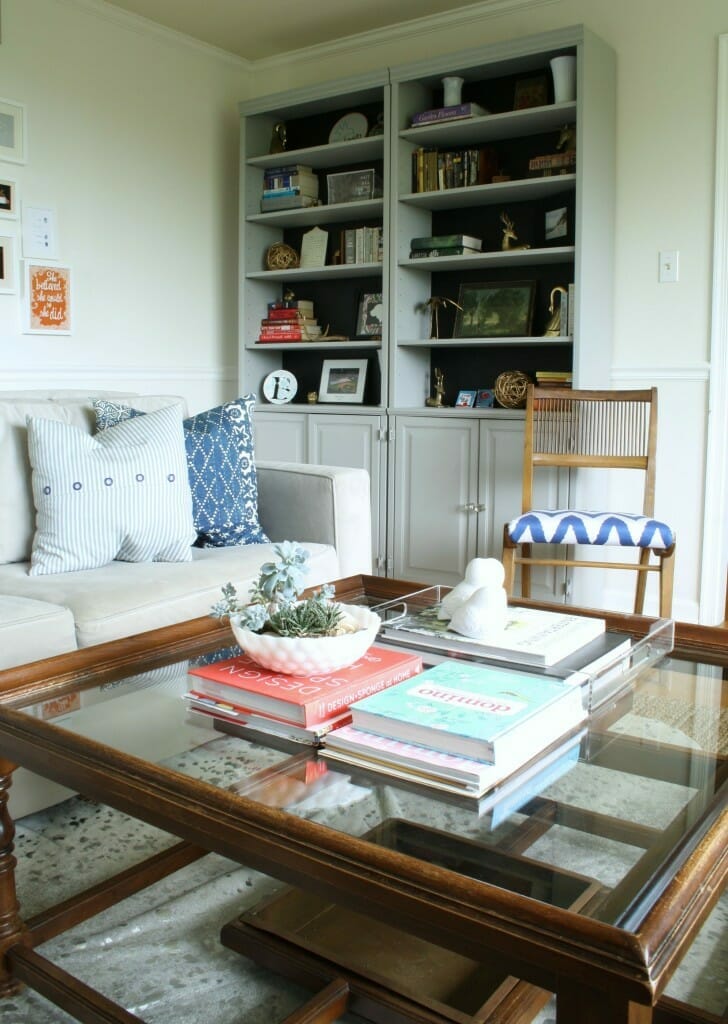 And on the other side we added a desk.  Chris uses this desk daily for work, so it’s vital to the room. 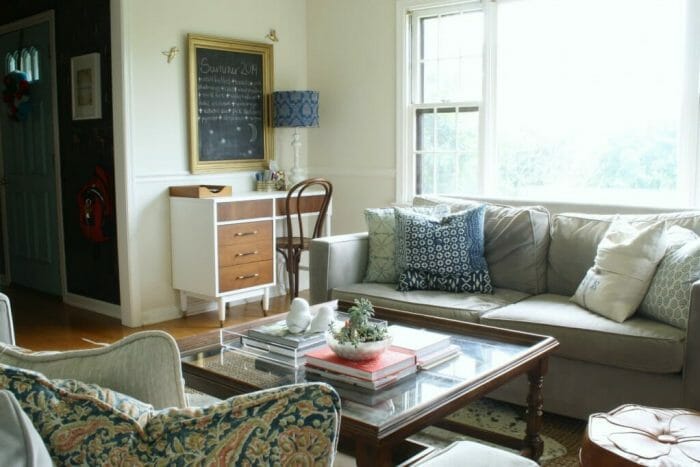 So this space has been functioning well for us for three years, but suddenly it just felt like it was not getting the maximum output.  We needed more seating and also less cramped quarters.  I spent much of Monday morning moving sofas to see how else I could work this out.  After many attempts and talks with a design-minded friend, I think I have the solution.  I have started making moves and changes.  I still have much to do, not to mention a kajillion nail holes to fill….. but I’ve got a start and I am loving the direction it’s taking!  Here are a couple of sneak peeks into the space how it looks now…. 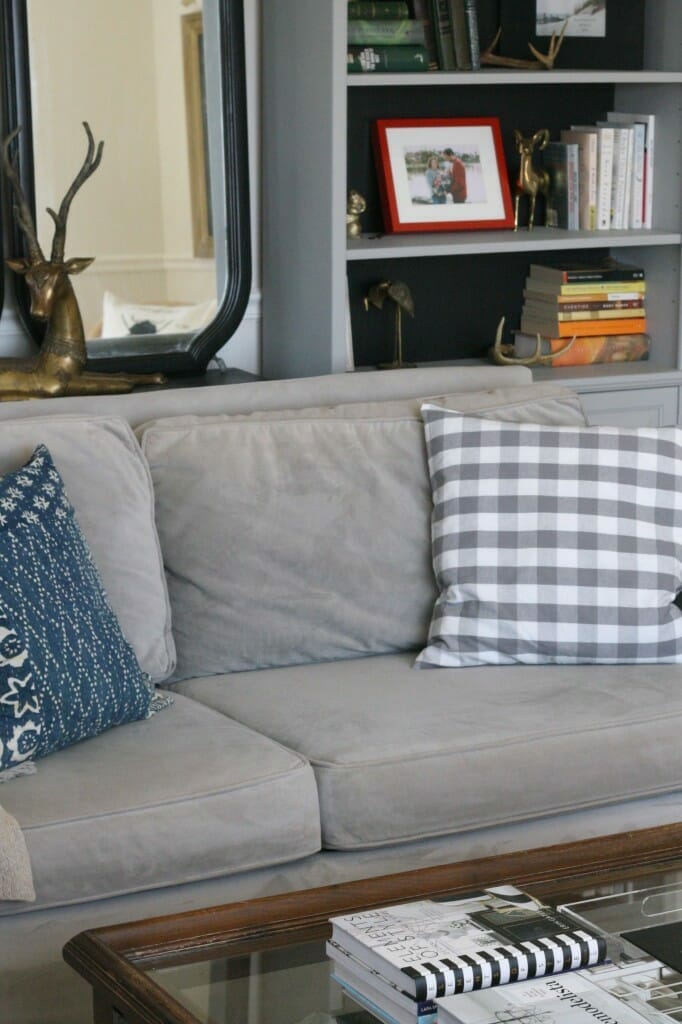 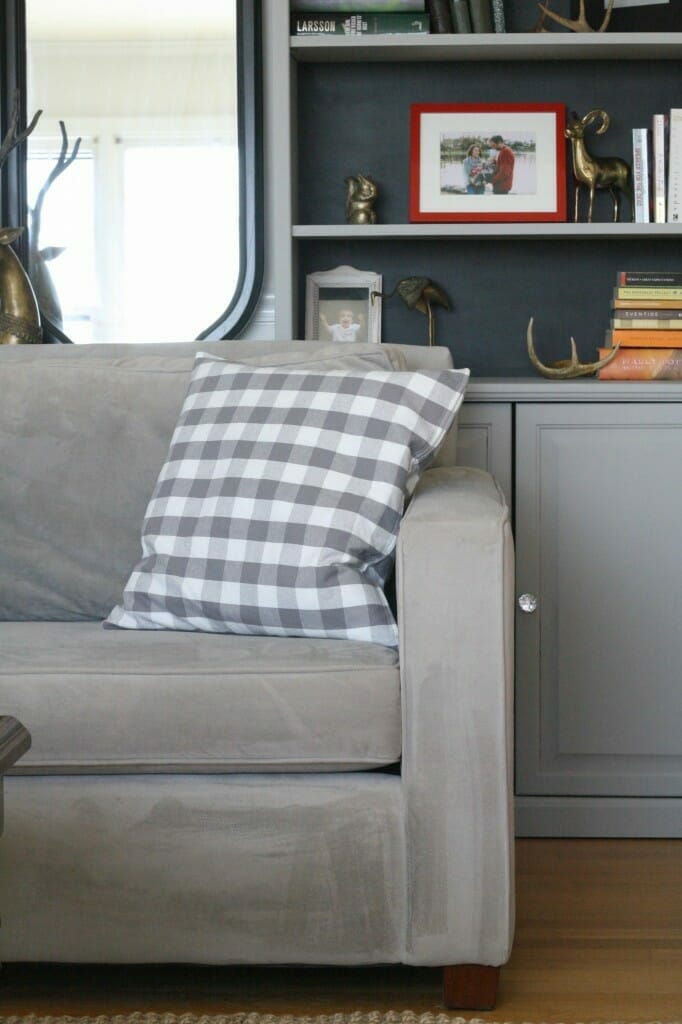 There are still more changes to be made, one I think you are going to just LOVE.  And if you don’t, I will, and that’s what matters! 😉  And I am on the lookout for an amazing leather chair.  Fingers crossed!

I’ve also been working on Emmy’s room.  We’ve added her new modern dresser, changed her bed layout and added a new canopy, added a vintage hanging chair, and we still have more to do in there.  But Happy President’s Day to me, her new rug arrived on Monday!  I will be sharing details soon, but I wanted to at least give you a little peek of it… she picked it out herself from RugsUSA. 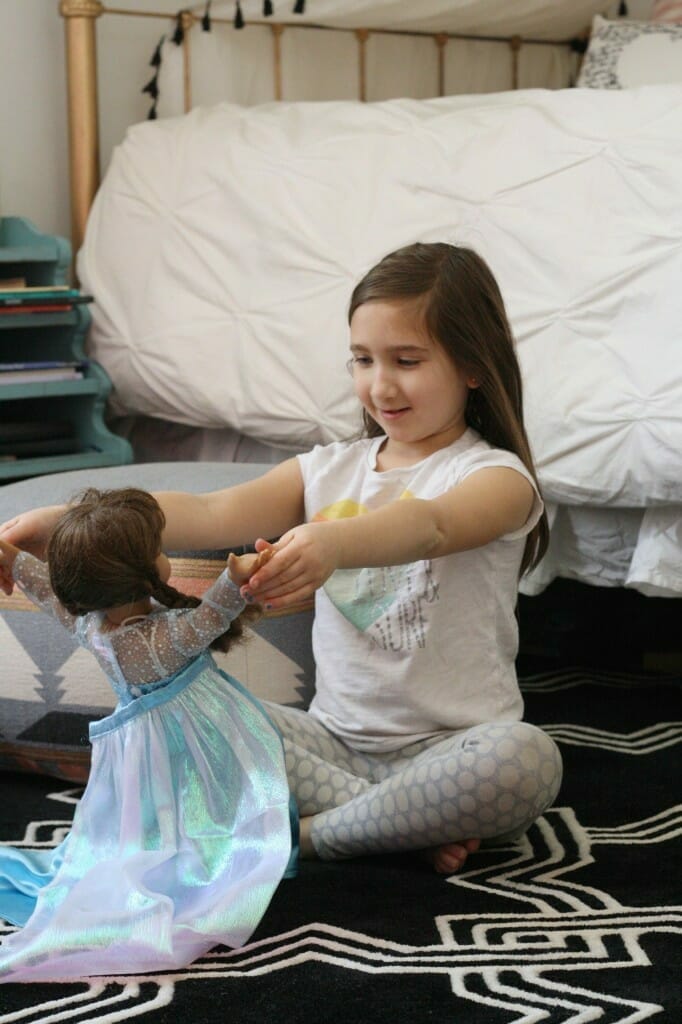 Oh, and some of the new pillows she ordered for her birthday arrived, too!  She picked those out as well.  She knows what she likes! 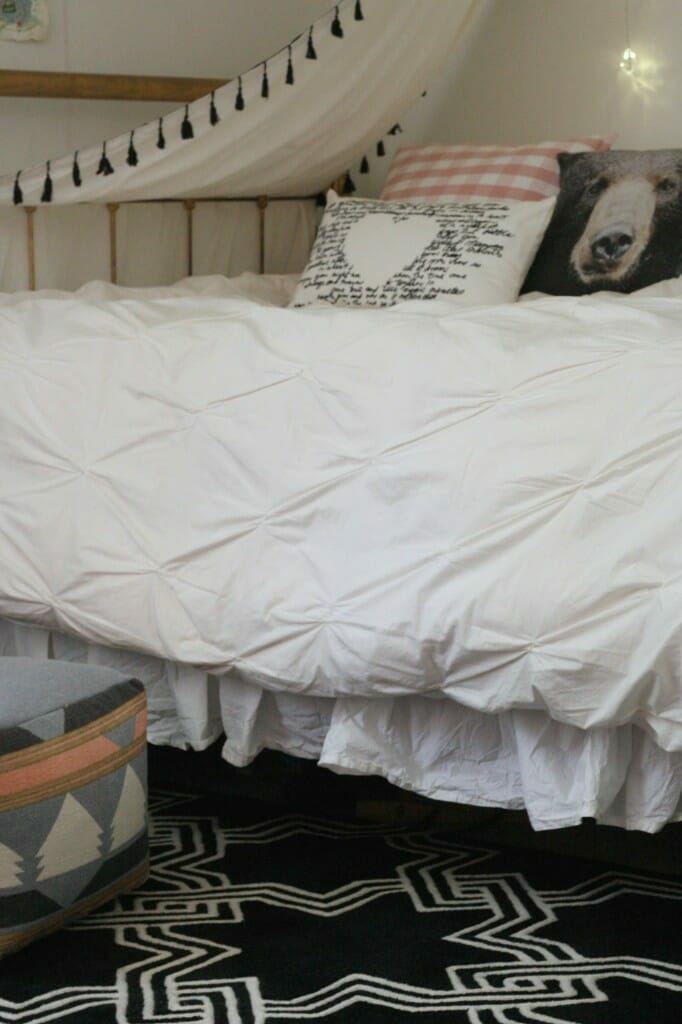 So at the moment nothing quite done to show you, but LOTS of progress happening around these parts!

Do you also get the itch to change things this time of year?  There is something about winter.