Last Summer I met Melissa at a yard sale she was holding at her mom’s house.  Her mom had passed away and she and her siblings were clearing out some items.  I told her what I did, and a month later, I painted a dresser for her that had belonged to her mom and was going to be used in her daughter’s room.  They recently wrapped up clearing out the house with an estate sale (and she was so kind to give me a bunch if lovely items!).  In doing so, there were a couple other items they wanted painted.  I painted a dresser (which I forgot to photograph!) and this petite secretary desk that Melissa’s identical twin sister Marina wanted to use for her daughter’s room.  I forgot a before shot, but here it is with some paint on it… 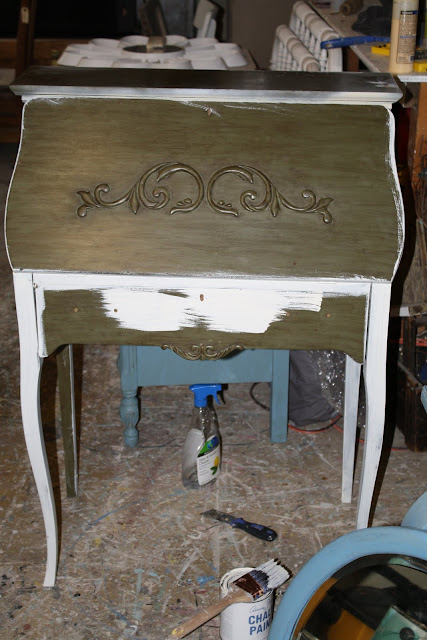 I used Annie Sloan chalk paint in Old White, and lightly distressed it to bring out its details.  The inside was spray primed and painted before I started the outside.  It was painted in Rustoleum’s Almond gloss as we wanted a tone on tone look with a slightly darker shade inside, and I suggested gloss on the inside as it will be used as a desk, and easier to clean that way.  Here it is now! 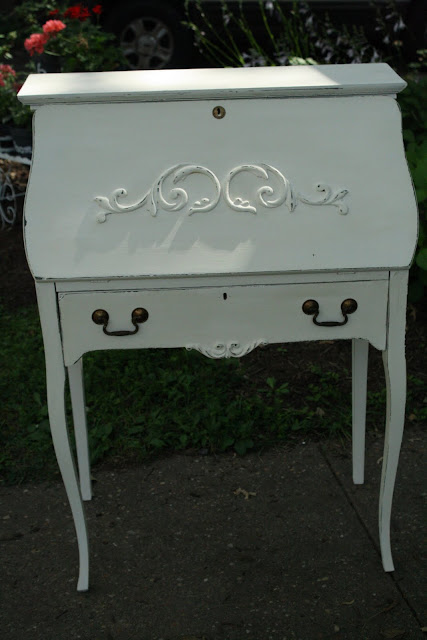 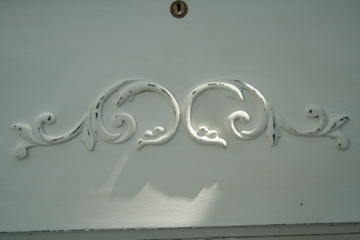 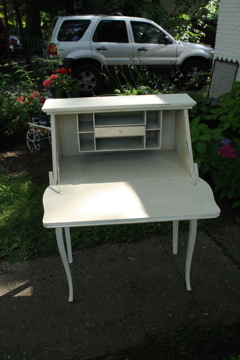 I love that the hardware now pops against the creamy white!
Thank you so much for all the well-wishes!  I am definitely a step towards better today…. no more fever thankfully!  Just the sore throat, backache, and grogginess.  But I will take it if it means I will be better soon!  I also worked on my deck today.  Not as in I did some work while I was on the deck, but as in I restained our deck.  Hopefully I will be able to share it soon!