Happy Friday!  I have an awesome giveaway for you today to help you get ready for Mardi Gras season!  I know this may seem  like a random topic for me, but when Sucre asked me to review and give away a king cake for them, I jumped on the chance.  Let me tell you why…

In 2002, Chris and I moved to New Orleans for his job.  We lived in an apartment in an old house on Magazine St. and that is the house that Chris proposed to me in, on Christmas day that same year.  A year later we bought our first house and moved out to the ‘burbs, Slidell, LA, to be exact.  I worked at a local gym as a personal trainer, and we continued with our happy life, with our great group of friends.  In August of 2005, Sawyer was born in Slidell; and two short weeks later Katrina hit.  My dad happened to be visiting, so he and Chris boarded up the house.  Chris drove his car with our then two dogs, and Dad drove my car with me and my two week old Sawyer.  Sawyer and I were away from our home for over 5 weeks at that time, BUT I am so thankful that we were the lucky ones with a home to which we could return.  We had everything we held most dear safe.  Friends of ours lost everything and we watched as they rebuilt their homes and their lives, many with other relatives who had also lost homes living with them.  It was a devastating time, of course, but seeing people come together was also empowering and beautiful.  Just 9 months after Katrina hit, we found out we were pregnant again.  And in January of 2007, my second child, Emmy, was born in Louisiana.  Just after her birth we moved to Maryland to be closer to family.  I still have close friends in Louisiana and have been back a couple times since to visit- once to watch one of my best friends marry the love of her life, and the next time to meet her new born baby girl.  Both times I have gone back, I have seen how well the city has fought to come back; but I have also seen areas I don’t know will ever recover.  But I truly hope they will.

SO, getting back to Sucre and their amazing King Cake…. when they asked me to review and run a giveaway my answer was a resounding YES!  Why?  Because, duh, king cake is awesome.  And because this company is in New Orleans and I am proud to support them!

My kids are HUGE king cake fans.  They have never experienced Mardi Gras, but I do tell them about the place they were born and that this particular cake is a part of that state’s heritage, and thus part of theirs as well.  They were all too excited to try it out- we used it as a little family birthday celebration cake for Emmy.  Sawyer especially is a big fan as you can see! 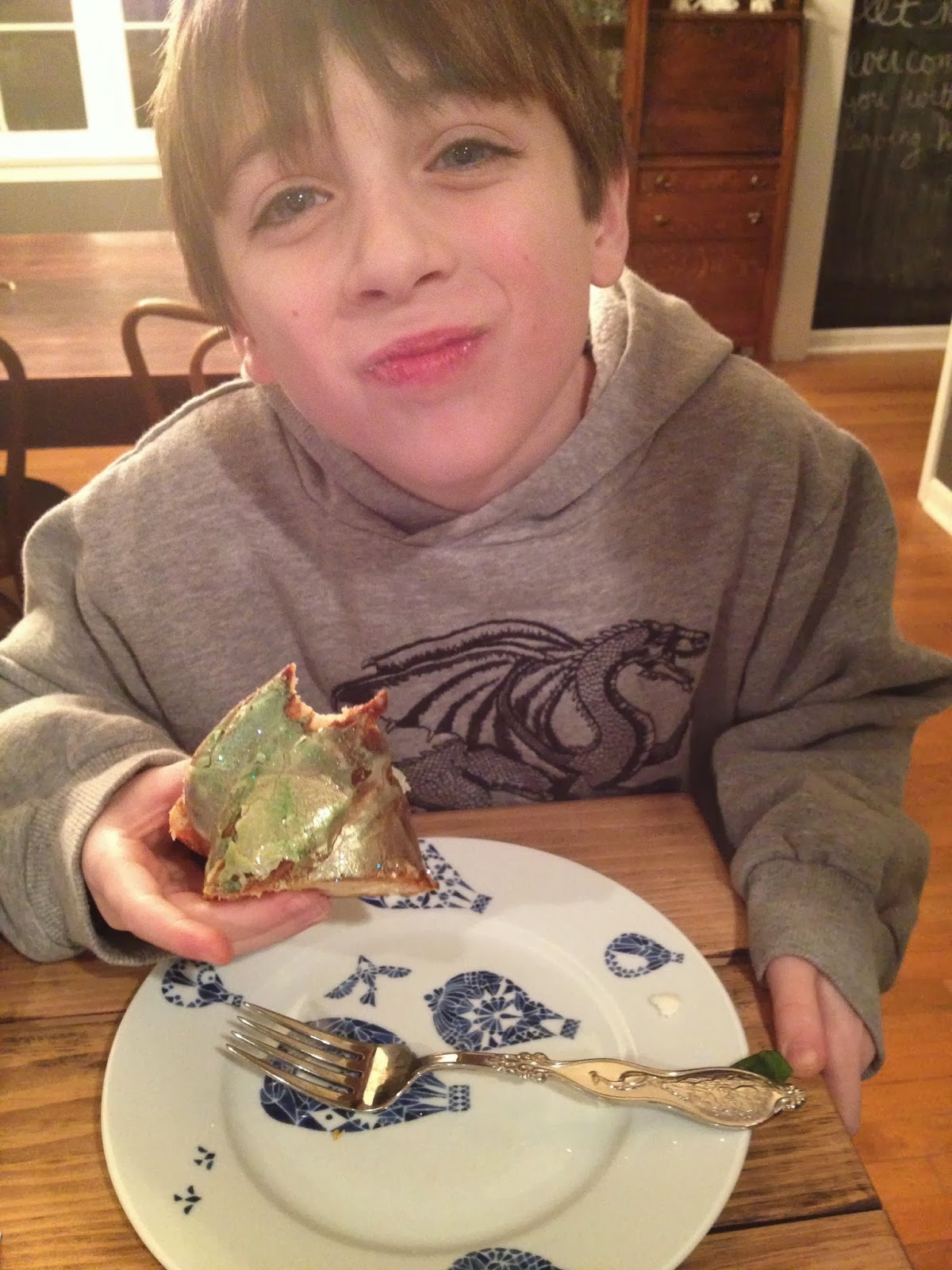 Oh, and look who got the baby in her piece! (It may have been birthday rigged….) 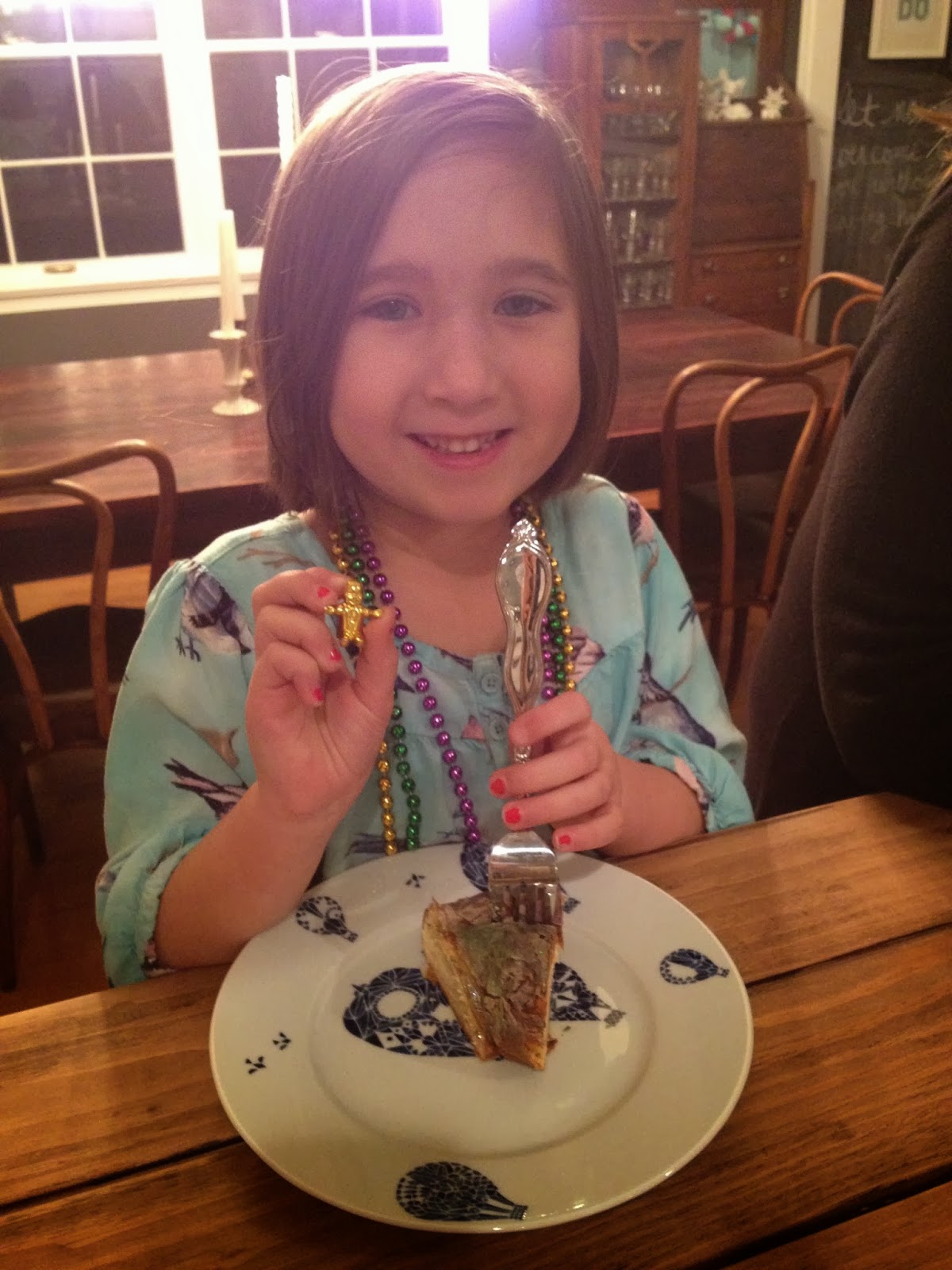 And by the way, I can honestly say this was, in fact, the best king cake I have ever had.  YUM.

If you don’t know about the story of king cake and finding the baby, you can read more about it here.  Sucre also tells us “If you find the baby, you’ll be crowned king – or queen – for the day. This not only ensures your fortune for a year, it also sometimes means you’ll receive certain privileges. For example, if the cake is eaten at work, your coworkers might have to treat you to lunch.”