Happy Monday!  Hope you all had a great weekend.  The kids and I had a much needed super lazy Saturday, which I ended by watching Love Actually, which is a must for me every Christmas season.  Sunday we joined some friends at their church Christmas service to see the program which was written by my friend’s husband.  We came home after that and made and decorated cookies for Santa.  Apparently the kids think Santa needs more sugar and chocolate in his life. 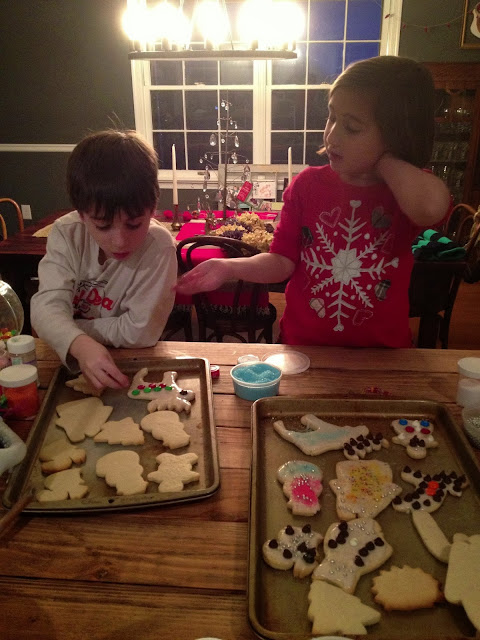 I also finished my first ever pom pom wreath!  WAHOO!  I plan to take some pictures and share this week.  Emmy worked by my side creating a pom pom garland for her brother.  She and I also crafted together Friday night- she is the best little sidekick!

Anyhow, almost two weeks ago, I shared some adventures of our elf, Lolly.  I thought I would take today to catch you up on his nonsense around our house.

Seeing our card display out for the season, Lolly created a card with a self portrait for the kids. 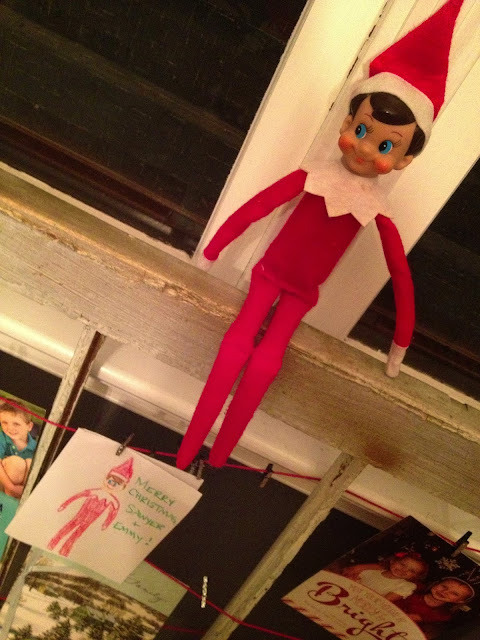 This was Emmy’s absolute favorite!  I tied a thread around his body near his armpits and tied the other end to a fan blade in the guest room.  I always get up to work out before the family is up, so that morning on the way out to the gym, I turned the fan on.  When the kids woke, they searched and found him “flying” in the guest room. 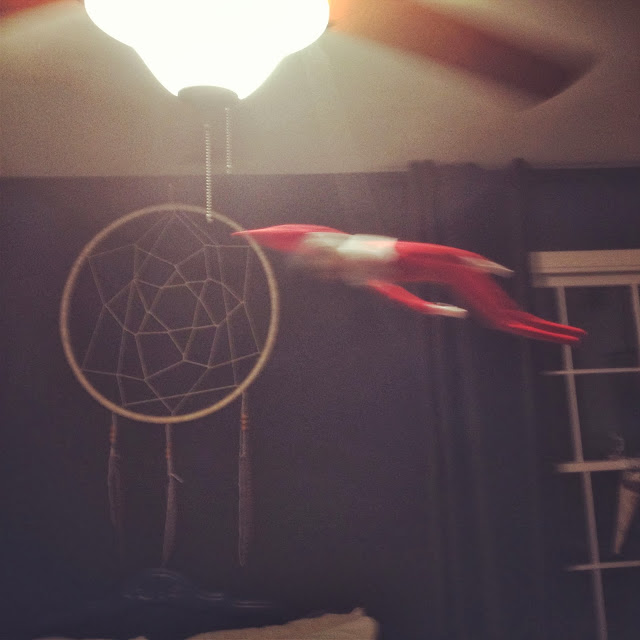 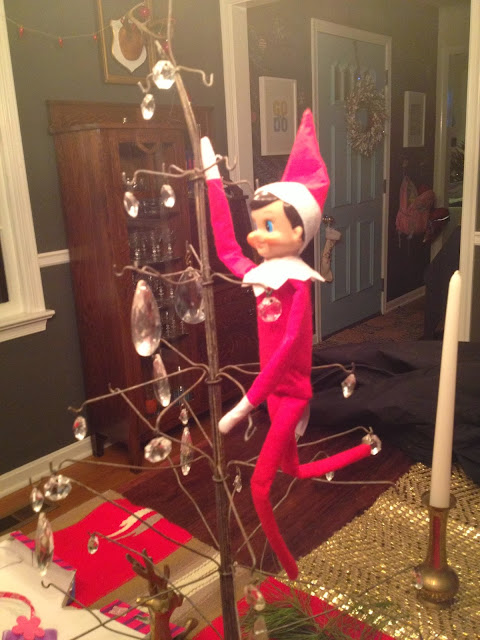 Playing a heated game of UNO with the carolers…. 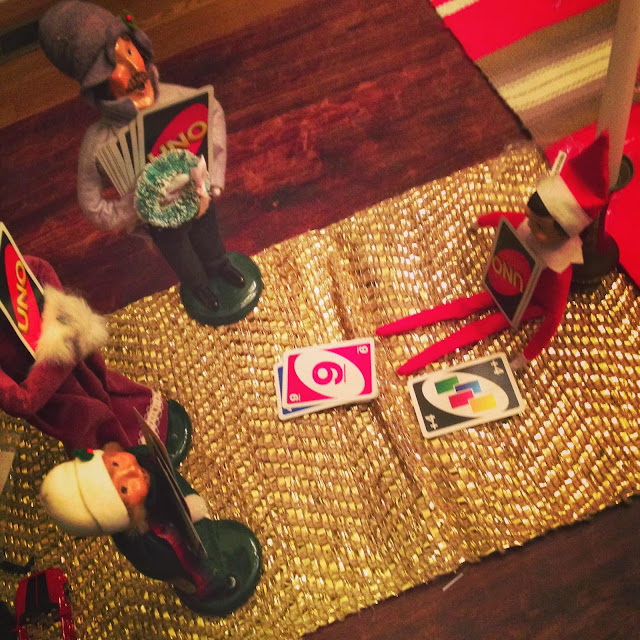 Having coffee with Grandma in the dollhouse.  He likes his with sugar and syrup. 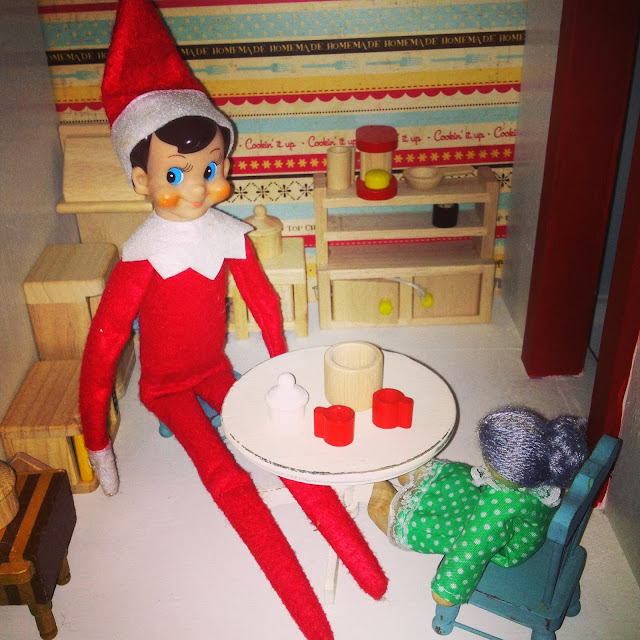 The Lilliputian soldiers tried to block Lolly from entering their fortress, having no desire for a repeat Gulliver. 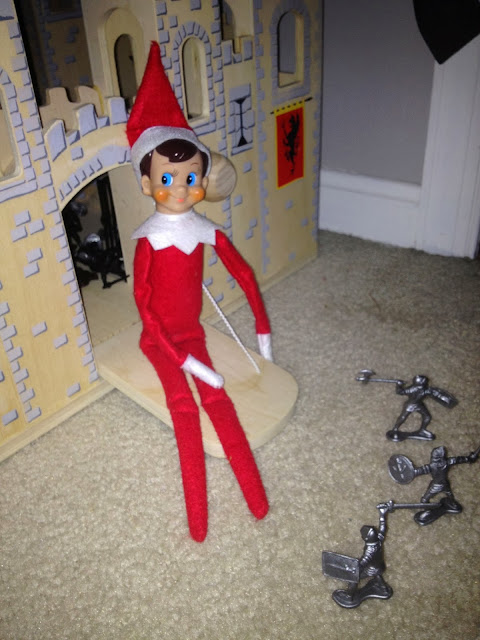 Practicing his acrobatics in the upstairs hall. 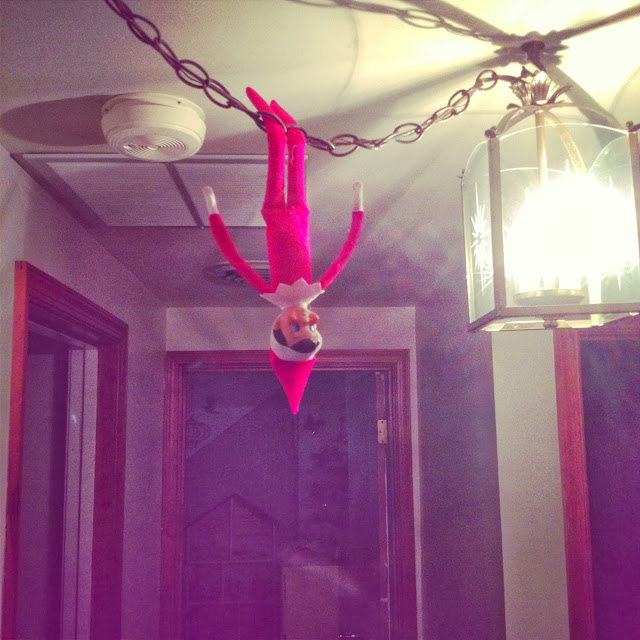 No one can resist the smolder of my shiny brass antelope, not even Lolly. 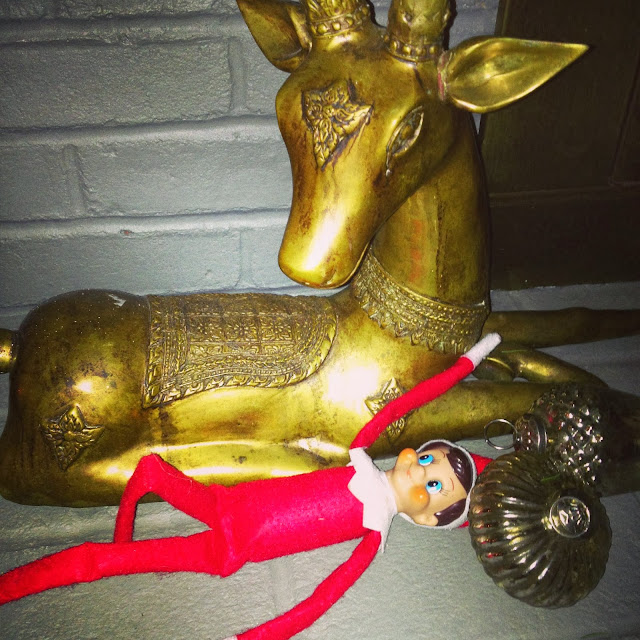 Here he is leading the truck and tree parade! 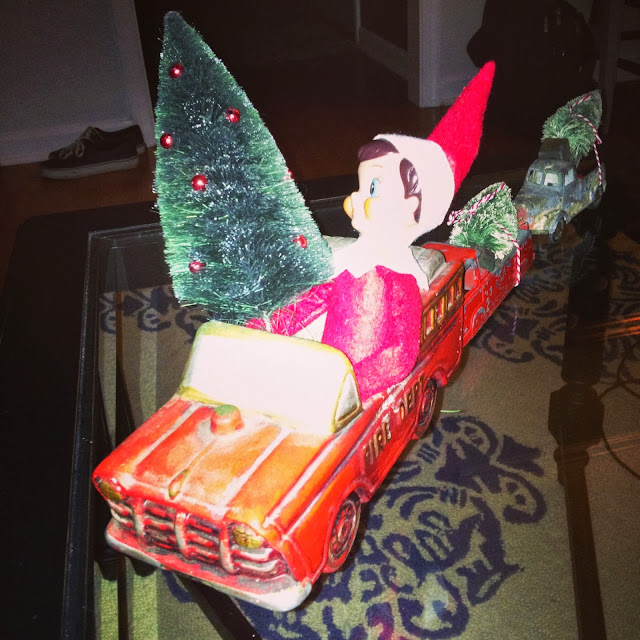 Emmy and I made some elves inspired by Nalle’s House.  Lolly was excited about his new elf kin and took a family photo while we slept.  He set the camera on a tripod in the kitchen and got a few shots of himself and extended family. 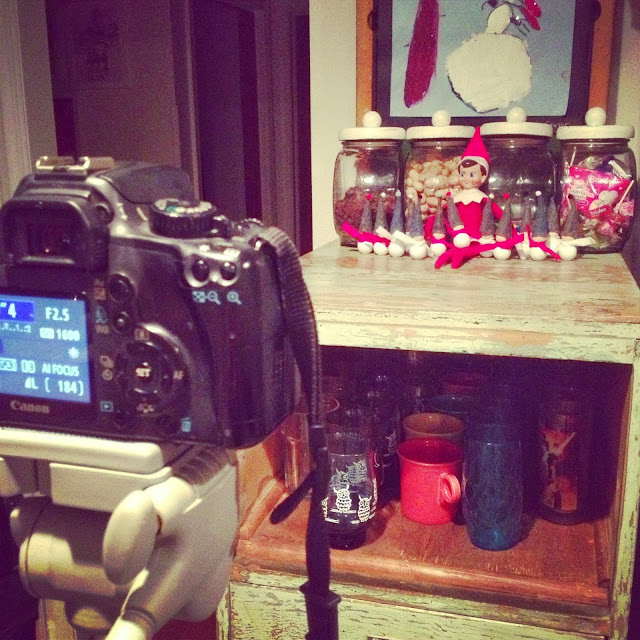 Here is their portrait…. 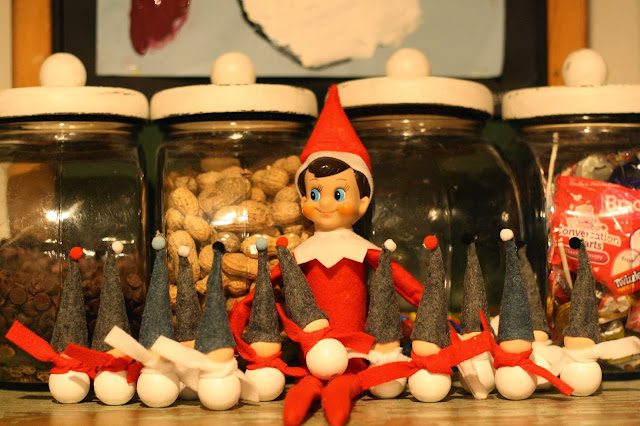 For the cable guy fans out there, “Oh, Billy!” 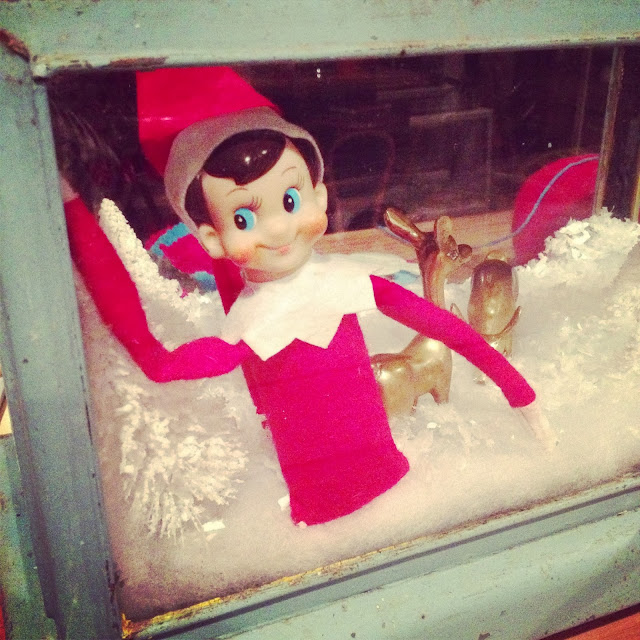 After acting like a jerk showing off his splits to the immoveable angel a couple weeks ago, Lolly tried to rekindle the flame. 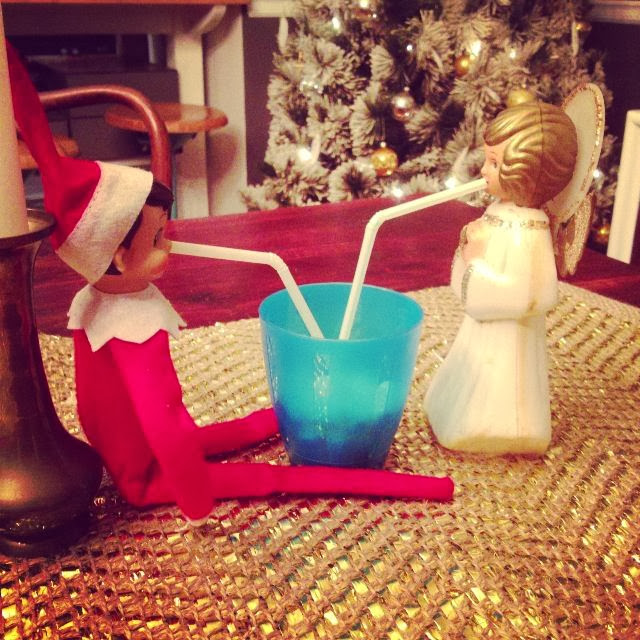 Only one more night of Lolly’s adventures, and then he travels back to the North Pole until next year.  I’m not going to lie- I sure am going to mis him and his misadventures!

Hope your Christmas week is off to a great start!