When I used to think of affirmations, I would picture Jack Handy saying, “I’m good enough, I’m smart enough, and doggone it, people like me!”  I thought they were intended solely for helping ourselves think positively, and to make us believe in ourselves.  Last summer I listened to a podcast which changed that belief for me and, if you ask me, changed my life entirely.  It also taught me that affirmations are more than just giving yourself a pep talk; they possibly have the power to help you achieve your goals, even if those goals seem to be something you don’t have control over.  Today I am going to share with you the power of affirmations: my testimony, and I’ll be sprinkling in some of my maternity photos taken by the talented Eddie at Jalapeno Photography  just so you have something to look at. And actually, my pregnancy is what my own testimony is all about anyhow. 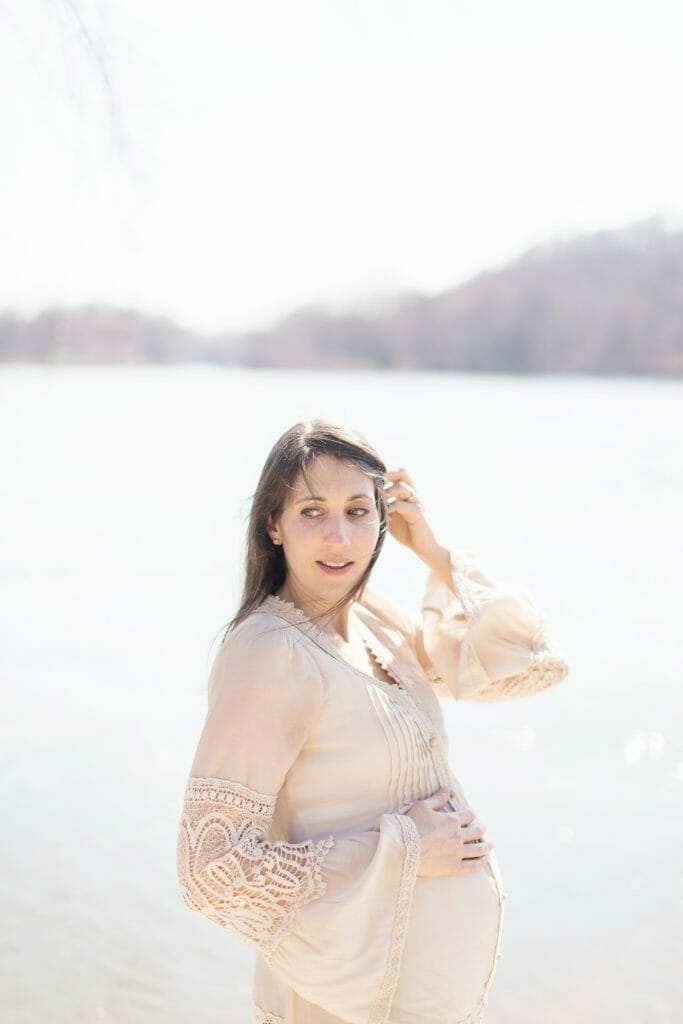 By last July I had already suffered three pregnancy losses and while I was feeling sad about it all, I was hopeful, had met with a specialist and decided to try one more time.  During that month, my kids were at a local vacation bible school.  Sawyer was a helper, and Emmy was in the oldest group of kids there.  The church was midway between our house and the C&O canal (ironically where these photos were taken.).  In the morning I’d pack up the kids, get my bike in the car, drop them off and then head off the canal to ride for a couple hours while they were at VBS.  I would take my phone with me and play some of my favorite podcasts while I rode, without headphones so that I was safe and could hear all other sounds as well.  I’ve mentioned here before that Tim Ferriss hosts one of my absolute favorite podcasts as he really digs deep into the hearts and minds of some of the world’s most incredible people.  It’s officially a “business” podcast, but I find the guests inspiring in so many walks of life, not just entrepreneurial.  One episode last summer captivated me with its story. 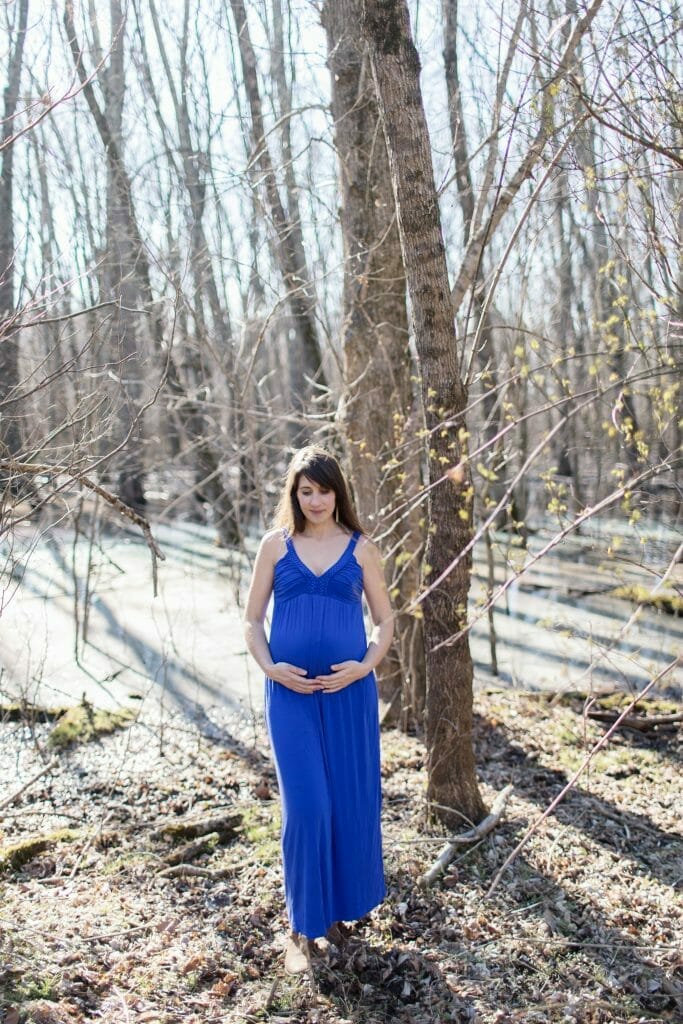 The episode itself was actually a conglomeration of highlights from 4 previous guests, one of whom was Scott Adams, creator of Dilbert.  During his segment on the show, Adams told Ferriss an unbelievable story.  I am probably going to mess it up a bit in my paraphrasing but you can listen to the episode here.  Adams had taken a post graduate exam and done OK enough and was satisfied with his low 80 mark.  At the time he was in a class with a woman who told him about affirmations: writing down goals on paper several times, and visualizing them as well.  He was a skeptic but had the chance to test it out.  A friend of his who had taken the same test and gotten in the 70s wanted to retake the test and asked Adams to retake it with him.  Adams looked at this as his chance to test the affirmations theory.  He agreed to take the test again, but decided not to review or study one bit.  Instead, he wrote down several times that he would get a 93, and he visualized the test results coming in the mail with a 93.  Test day came, and he felt he did similarly to the first time; however, when the results came in, Adams was shocked to see the test score of 93, just as he had visualized and written down.  Did he make it happen just by putting it out there in the universe?  I honestly don’t know, but I decided then and there that with the next pregnancy, I was going to test affirmations on myself. 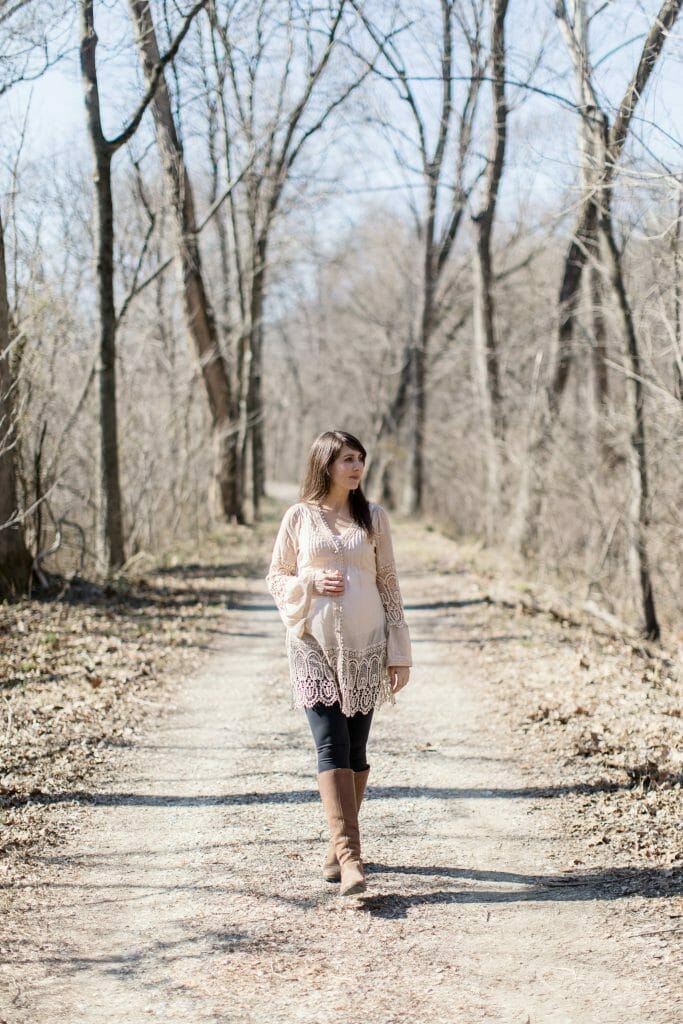 On August 2 of last year, I found out I was pregnant again.  I pulled out my journal (I can’t find it at the moment because I was going to show you my affirmations!), and I quickly wrote about this baby that was so wanted and loved already and then I repeated several times, “I will hold my baby in April; I will hold my baby in April.”  I visualized the doctors handing me my newborn baby as I cried happy tears.  But it didn’t work. 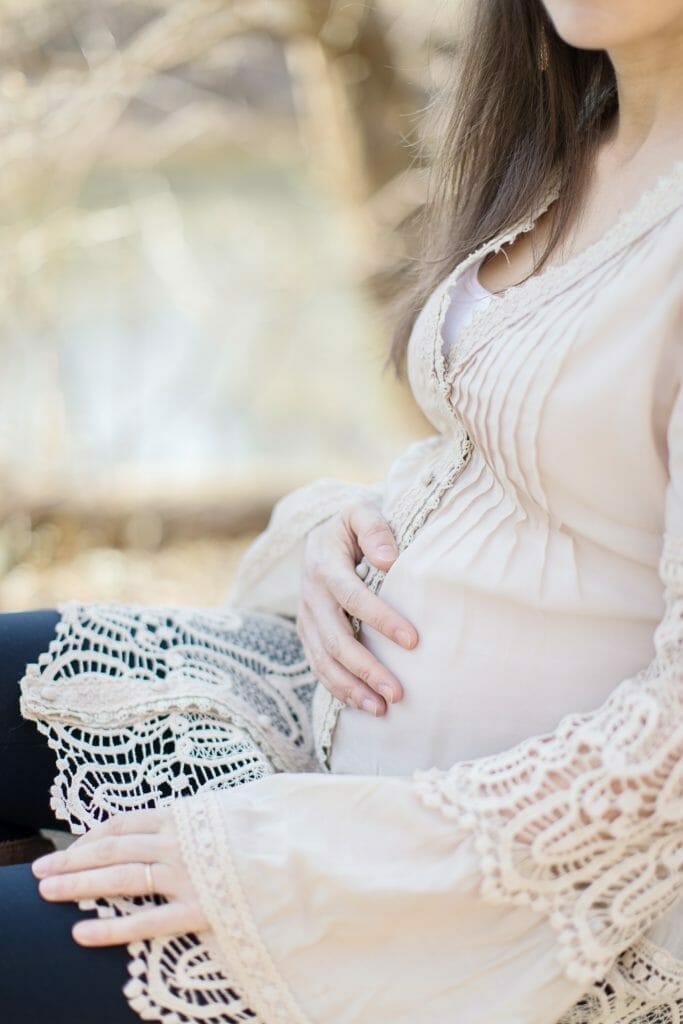 Just a week later, I was bleeding and losing that pregnancy.  I felt foolish for even writing down, “I will hold my baby in April.”  How on earth did I actually think that would work??  I  had been desperate, and I now felt stupid and silly.  I pushed that journal aside because I didn’t want to look at it.  I didn’t tell anyone about it, not even Chris.  After that loss, I decided it was time to move on.  (You can read more about that here).  I had felt so stuck for a year, trying to make something happen that clearly wasn’t going to happen and it was time to take control of my life again, to get back to being me and doing the things I love.

However, you can make all the plans you want in the world, but some things truly are not in your hands.  A couple of weeks after that loss, the baby boy I am carrying now was conceived.  It wasn’t out of “trying”; it was just simply out of love and support for one another.  I was shocked to learn on September 1 that I was pregnant, and my due date by calculations would be mid-May.  Once we saw the doctor, a confirmed due date of May 12 was given to us.  Clearly this pregnancy has worked out for me, but there has been some medical intervention and you can read about that here. 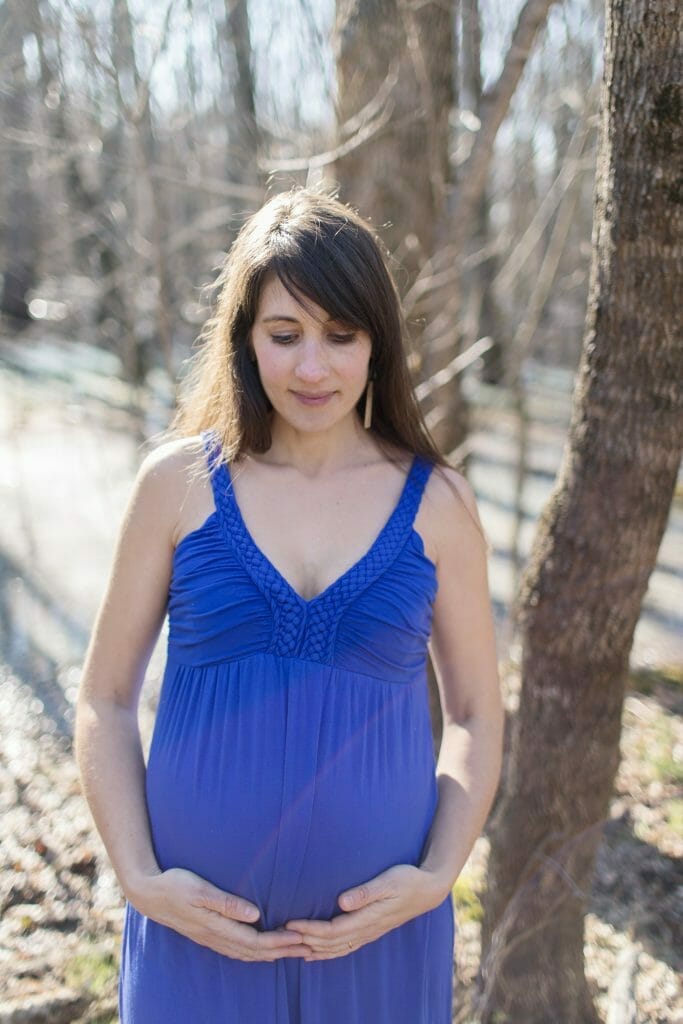 I love the rainbow captured in this photo, representing our rainbow baby.

I am not one to go early with my pregnancies, so while I was obviously overjoyed, I still felt rather foolish for ever thinking I could make things happen just by writing them down.  I accepted that affirmations didn’t work, but by the grace of God, we had our miracle probably because I stopped asking for it.

A month ago, I was in for my monthly visit with the specialist and she casually mentioned to me, “You’ll be delivering at 38 weeks.  We need to get you off the blood thinners for 24 hours so that will give us time to do that.  When you see your regular OB/GYN go ahead and schedule an induction.”  My jaw dropped to the floor!  38 weeks would be at the end of April!!!!  I laughed and I told me doctor, “You’re probably going to think I am crazy, but let me tell you about my affirmations!”  She actually is a believer in that kind of thing and didn’t call the psych department on me. 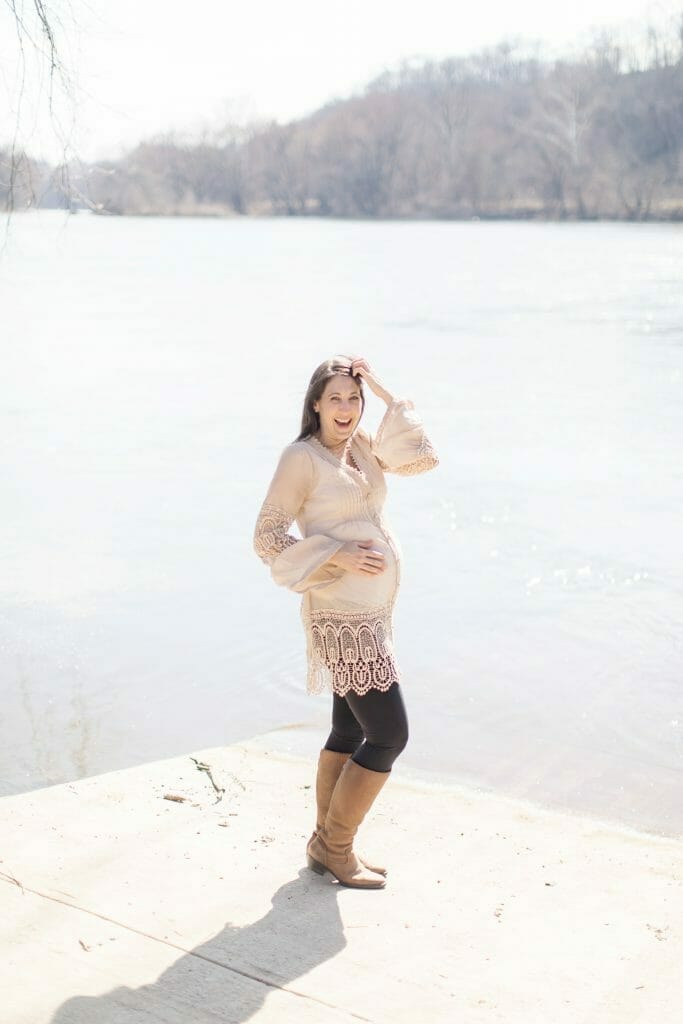 As of now, we are scheduled to go into the hospital on April 26 and deliver on the 27th.  I am thrilled because I have a very good friend who is a labor & delivery nurse at the hospital I will be at, and she’ll be working both of those days.  It will be nice to see a friendly face!

I am still somewhat in shock that after all, my affirmation is coming true, and in fact, I will hold my baby in April.

Now to get the rest of my life goals in order and start writing them all down like a madwoman! 😉 What do you think?  Do affirmations work?  Clearly, even if you are the most skeptical of the skeptics, it’s worth testing out.  Don’t you think?