You know I am writing this post too late at night when these are the kinds of titles you get.  But it really does make sense, because this post is about the chairs; We saw one or two baby turtles at Greenbrier lake this week; and this morning, my friend Dierdre saw a pheasant run into a corn field on her way over here for an early walk!  Pheasants don’t live around here, so we think someone is raising them and one got loose.  Anyhow, that’s where the title of today’s post derives from.  And it makes a catchy song.  As you saw in yesterday’s post, I would turn anything into a musical or bad white boy rap if I could.

So.  Moving on.  I found these chairs earlier this week at Goodwill.  I so wish there were 4, but there were only 3.  That’s probably why they were still there.  I hemmed and hawed and eventually decided that with a long dining table, they would look good on one side paired with a bench on the other.  And so I bought them. 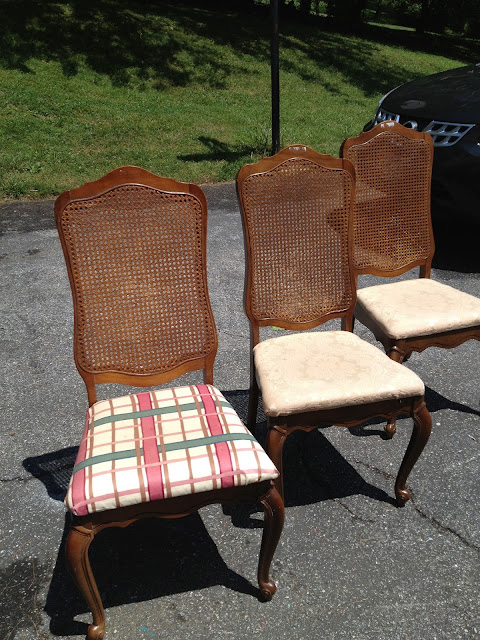 I removed the seats and got to work, giving these a classically French look with Paris Gray chalk paint. I gave them 2 coats, lightly distressed them, and sealed with clear wax.  I recovered the seats in my trusty burlap because I didn’t really have anything else on hand, but also because I love the look of refined French with rustic burlap.  It’s a nice juxtaposition.  Here they are now, ready for a new home! 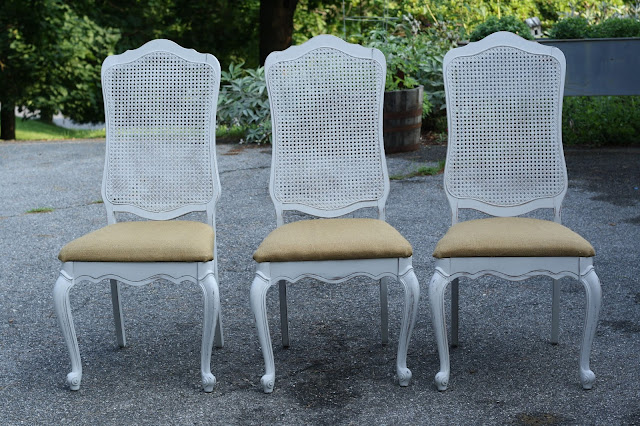 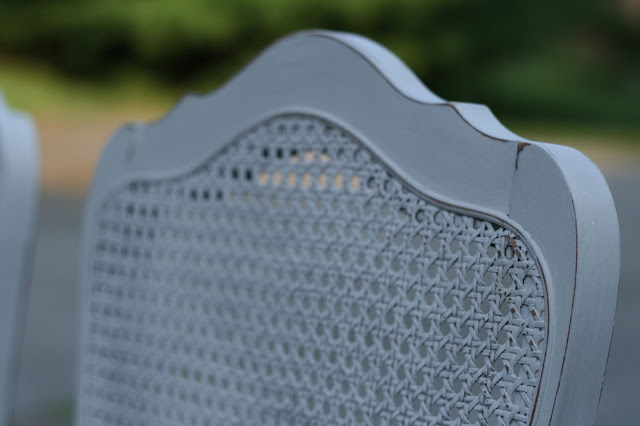 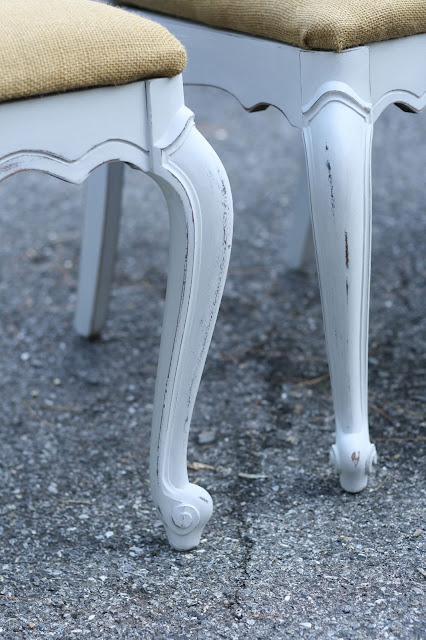 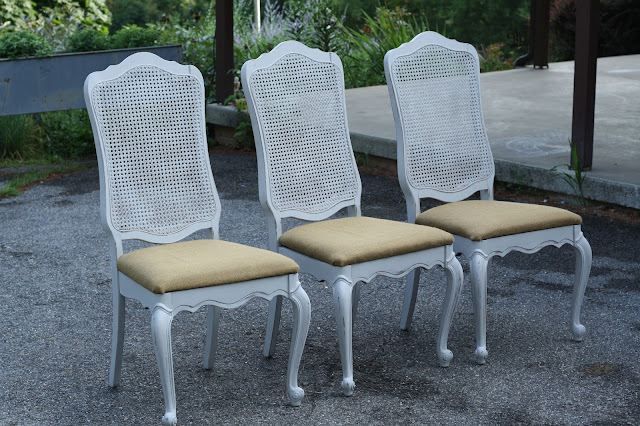 Hopefully one of our Sweet Clover customers can use a set of 3! 🙂  Have a great day everyone!  The weekend is getting close…