Well, we’ve made it through the week.  Amen.  This week was long due to feeling sick and being injured, but I think I am on the mend as far as the cold goes.  My tailbone is another sore little story, but I need it to heal quickly…. more on that in the twenty-five on Friday!

As I mentioned yesterday, I have been having fun going through all of the surveys you guys filled out for me, and I greatly appreciate it!  One of the most surprising things I learned (minus one of you who wanted less personal stuff, so my apologies to you!) is that you all like to hear about the random bits of my life and want more of that!

So today, I am going to share twenty-five fun facts about myself.  Why twenty-five?  Because it’s how old still think I am , and it sounds nice with Friday.  And it’s the number Shaunna uses, so I think it’s magical.

1.  I am running in the American Odyssey Relay at the end of April.  I’ve been training and this tail bone injury has set me back a bit, which is why I need a speedy recovery!  I will be running a total of 17 miles over 3 legs in a two day period, hanging out in a van full of 6 sweaty and smelly ladies.  We are the LUNACHICKS!  I can’t believe I am going to do it.  We have all seen this, but it sums it up well… 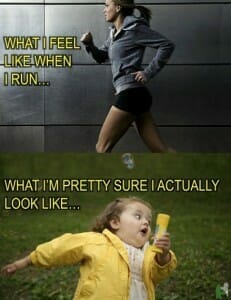 2. My favorite food EVER is ice cream.   I would kiss Thomas Jefferson (even though I don’t think they brushed their teeth back then) if he were around still to thank him for bringing it to America.  My favorite flavors are raspberry and cinnamon.

5. When I was a baby, if the theme from the Odd Couple came on, I would stop what I was doing and become mesmerized.  It might still work- I haven’t tried it lately.

6. I studied English and Communications at Wake Forest University.  I loved to read and break down books, and discuss them with a group of people.  Maybe I need a book group?  Any takers?

7. My first pet was a golden retriever named Butterscotch.  He was the SWEETEST boy, such a good dog. When we chose our first dog, I wanted a golden, but Chris had never had a dog and had beagle dreams, so we got Charlie.  I am so glad we did.

8. We had no plans of getting a second dog, but a friend called me to tell me about basset beagle mixed puppies at a shelter that needed a home.  We didn’t have any children yet, and the call of the puppies pulled at my heart string and we took home Jake. 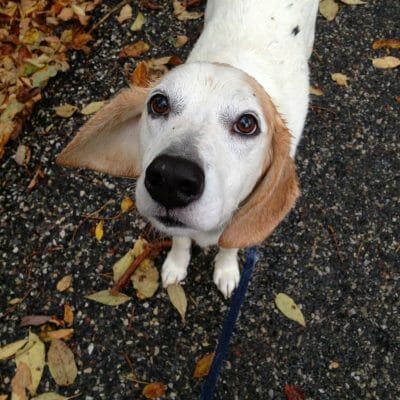 9. I like my coffee with splenda and skim milk, and no matter how healthy I eat, I will NEVER give that up.

11. I broke my front tooth when I was 7.  I fell downhill off my bike and slammed my face into the pavement.  I have to get it fixed every few years or so.

12. I have a fear of the dentist.  I reschedule almost every appointment I have just one time each so that I can buy myself another week or two to build up to it.

13. I have a small mole above my lip, sort of where Cindy Crawford has hers…. in 8th grade someone asked me if I drew mine on to be like her.  Kids are mean, especially 8th grade girls.

14. It’s funny how things work out.  When we moved here I had no idea that Sarah would become my business partner and one of my very best friends.  And we have a theory as to why it works for us mixing business and friendship.  We’ll share soon- a lot of you wanted to know more about the business of Sweet Clover, so we are planning a series. 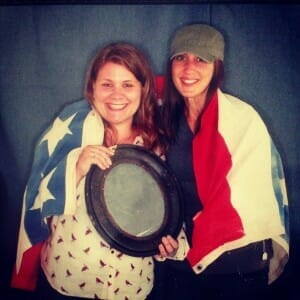 15.  At the age of 10, Debbie Gibson was my idol.  I bought myself a hat just like hers and I wore Electric Youth perfume. 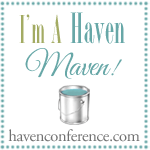 17. I had braces for years and didn’t wear my retainer…. I regret it and would love to get invisalign.  Since it’s a want and not a need, who knows if that will ever happen; I would also have to take into consideration monthly visits to the dentist…. so there’s that.

18. I had pet parakeets as a child…. Tweety, Oscar, Rugby, and Fiesta.  The most I ever had at once was two… they smelled bad, but they were fun pets.  Tweety was the smartest of the four and learned to say “Hi” and would stand on my finger, but that trick definitely landed her loose in the house a couple times.

19. My Great Nana lived to be in her 90’s, passing away when I was in 8th grade.  I wish I had learned more about her while she was here.  She came over to America on a boat from England.  I wish I knew about her childhood in England.

20. One of my all time favorite movies: Moulin Rouge.  I love artistic, colorful films, and add in that it’s a musical and it becomes a total winner to me!

21. If I had time (and the mental capacity to memorize lines) I would love to try out for local plays.  It’s been YEARS and I might not have an ounce of talent, but it would be fun!

22. Henry David Thoreau may have been eccentric, but that man was full of ideas and inspiration. Walden

was one of my favorite college reads, and I will often search for quotes from the book for inspiration.

24.  My brother and I were the oldest of our cousins on both sides as kids.  Now, Sawyer and Emmy are similarly older than their cousins.

25. And that last one brings me to my 25th fun fact.  If you follow me on facebook, then you already know that I have been harboring a secret for a couple months…. I am going to be an aunt…… to….

That’s right!  My brother and his wife are having twins this summer!  They were married in October and the plan was to try right away.  Well, it worked and then some!  We are SOOOO excited!  And I think I need to find some of these for them…. as the twin factor was definitely a surprise!

Apparently twins run on my mom’s side, and on my sister-in-laws father’s side, so when my brother and his wife got together with those genes, twins were the result!  I am so excited!  Although my brother’s always the overachiever, so it’s really no shock. 😉  Just kidding; I love my big brother! Can’t wait to meet the babies!

Have a wonderful weekend!!!