Hi guys!  Phew, this last month or so has been quite the crazy ride and I haven’t even had the time to sit and write.  This weekend, I told Chris, I just need some time… I have got to get a blog post written because I have so much to say and need the time to write it all down before I am too tired.  While he headed off to Costco, I sat down to finally update you on everything that has been happening here.  I do realize that tomorrow is Cyber Monday and you’re probably more interested in holiday deals today, but maybe since it will soon be Cyber Monday you’re hanging out at your computer and have time to chat.  Grab your coffee and get comfortable, because I have so much to tell you, like where we are under contract, and other updates.

Let’s start here in Maryland, shall we?  The last you knew about our house here, we were getting it ready to list! (And if you missed that post, you can read it here, but the short story is we are moving to Greensboro, NC.) Before we listed it, our agent, who is absolutely incredible,  asked if she could do “coming soon” type of listing that would only be available to realtors.  We said, of course, because we wanted people lined up, and we knew we would be ready for them. I snapped this quick shot for our agent so that she could get that ball rolling, and she placed a “coming soon” sign in our yard.  That moment the sign went up felt surreal…. this is really happening.  My neighbor whom I walk with every morning said she was going to spray paint it with “just kidding!” 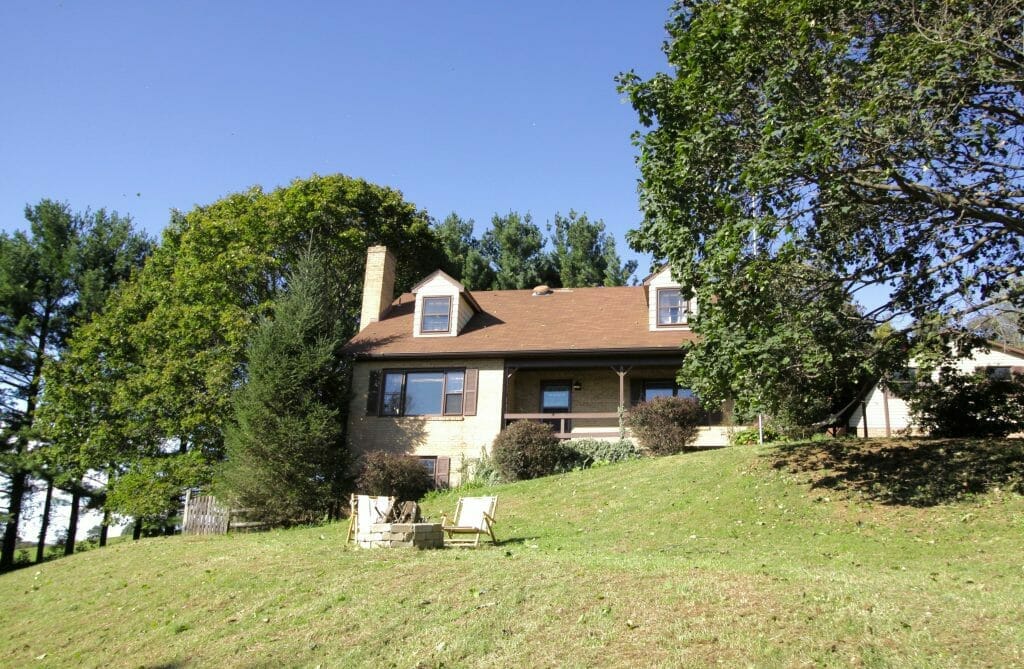 Check out our listing here.

We spent a solid two weeks working on the house, painting trim we had neglected or that the dogs had destroyed, repainting some walls, and updating the hideous bathrooms.  One of the smartest things we did, in my opinion, was to have a pre-inspection of our home completed.  We were made aware of any issues and we also found out what wouldn’t be up to FHA standards in case a buyer was using an FHA loan.  We worked with a contractor who made all of the FHA repairs (including a new outdoor railing not shown here, wood rot issues, etc) as well as installed new bathroom countertops and was able to do everything quickly and efficiently. I do plan on writing a post about how we prepared the house at some point, but clearly you need to bear with me on timing!

The contractor finished all of his work on Monday October 29th.  Wednesday, October 31, the photographer came over and shot the house.  I received a call that morning that a couple would only be in town for the day and they wanted to see the house as soon as the photographer was done, even though we weren’t officially on the market.  I allowed it, and strapped on the baby and took the dogs out for a walk.  While I was out I received a phone call that they loved the house but were curious about where the land stretched to and asked me to come home and show them.  With the dogs in tow, baby strapped on, I headed back.  They were a very nice older couple and while they loved the house, they eventually decided the hills were too much for them.  That night I received another phone call from a local gentleman I knew who had a friend interested in seeing the house.  I explained that I was legally in contract with my agent and they’d have to go through her, so they did that and set up an appointment for Friday morning, the day the house went on the market.  I took the baby and dogs out for a drive, anticipating a half hour scenic fall drive.  My agent was with them as they didn’t have their own and kept texting me that it was going to be a while.  Two hours later they were finished in our house and I went home.  My agent told me that they were having her write an offer, a full price cash offer with no closing help.  We wouldn’t be able to turn it down.  However, the next morning, they texted her to let her know that after all, they really want a ranch and a flat lot, neither of which my house was.  Of course, I was frustrated that I had driven around for so long, that they had wasted my agent’s time with them, as well as the two hours it took her to write the offer… she was not upset, but I was upset for her.  I know it’s the business, but still very frustrating.

That first weekend on the market was Emmy’s soccer tournament, which meant Chris was occupied as well as he coached her team.  We had something like 10 showings today between Saturday and Sunday, and heard we would be getting an offer.  Monday we had a couple more showings and heard we would get another offer.  By Tuesday morning we had two solid full price offers in, and there was one offer that just didn’t get in on time.  Tuesday evening we met with our realtor to go over the offers and in the end chose the one that would leave us with more money at closing. The next day, we were under contract!!!!  Hallelujah!  We’ve since made it through the inspection with a few minor repairs to make, and just have to make it through appraisal and assuming all goes well, we have to be out of here by December 30th, ready to close on the 31st.

We were so happy to be under contract, and immediately set up a house hunting weekend in Greensboro with Melissa Greer who was referred to me by my friend Rene of Cottage & Vine. We sent Sawyer & Emmy to our neighbor’s Saturday morning, and Chris and I took Wilder on a road trip to Greensboro. Melissa was the perfect fit for us and was extremely knowledgeable about Greensboro’s neighborhoods and home values.  We wanted a home that was close to everything, had great schools, and would appreciate in value so that when we sell it in 10-15 years time, we make a decent profit.  By the end of Saturday we  had a couple that we could see ourselves living in, both in the same neighborhood.  We took a breather that night and headed out to a local restaurant, Crafted: The Art of the Taco, recommended by Melissa. Wilder was a trooper the entire time! 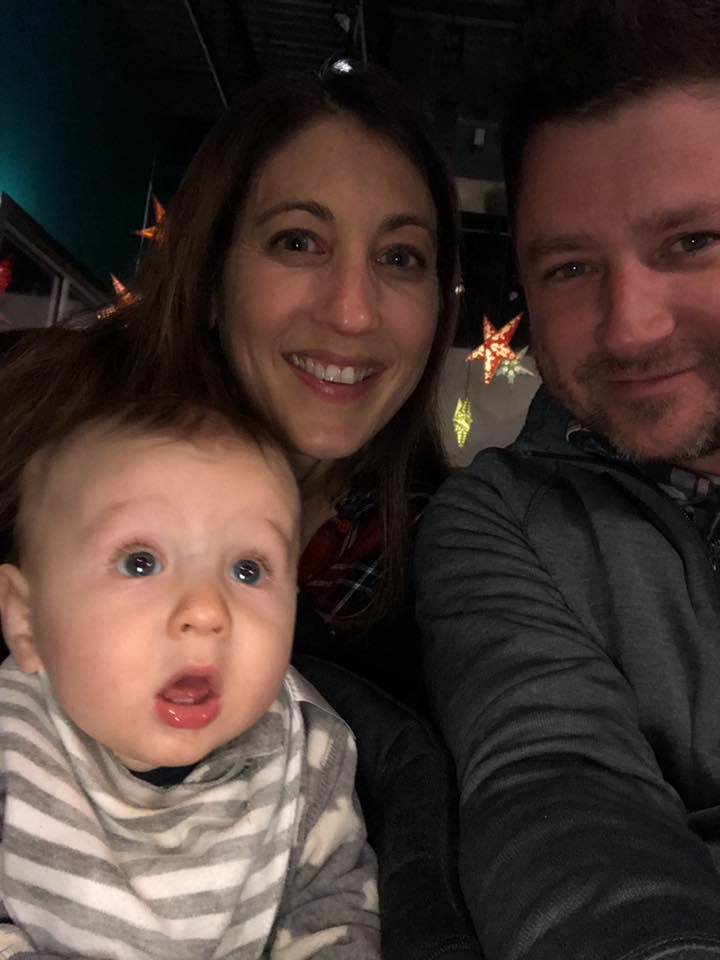 At dinner we had a couple of beers, relaxed, and talked about the options we  had seen.  By the end of dinner, we knew which direction we were leaning, but we also sent Melissa a list of some other properties we wanted to check out.  We met her the next morning and headed to those additional houses, and went back to the one that had made its way to the top of our list from Saturday.  In the end, the one from Saturday really seemed to have everything we needed.  It had 4 bedrooms, 3 bathrooms, a great back yard with a tree house, and the ideal location.  What it lacked was a floor plan we loved, and of course the bedrooms are smaller than we currently have, but we’re frankly spoiled here on that front. It was priced so that we’d be able to immediately renovate the main living space and make it into what we want, opening the kitchen, dining, and living room to one another.  We decided to go for it, and made an offer.

With Melissa’s guidance we were able to negotiate and are happy with the price we eventually settled on and are currently under contract on an adorable rancher in Greensboro that I can’t wait to show you!  It’s within walking distance to shops, parks, restaurants, movies, and we know it will be the perfect place for our family and our tween/teenager especially.  Chris is headed there next weekend for the inspection and to meet with a contractor so that we will be ready to start work on the house immediately.  He’s also going to head to Charlotte to babysit our nieces when he’s there. 🙂

I know that was relatively lengthy, but trust me, that was the short version of our last month with the house!

Now that everything has been set in motion, I’ve been purging like crazy, selling all sorts of things to my facebook friends, and we’ve started to pack.  I’ve been using Wilder’s nap time to pack, or I let him sit in his bouncer while I pack and we listen to Christmas tunes.  He’s such a happy baby and has been a blessing, really rolling with the punches. He’s also pretty adorable. 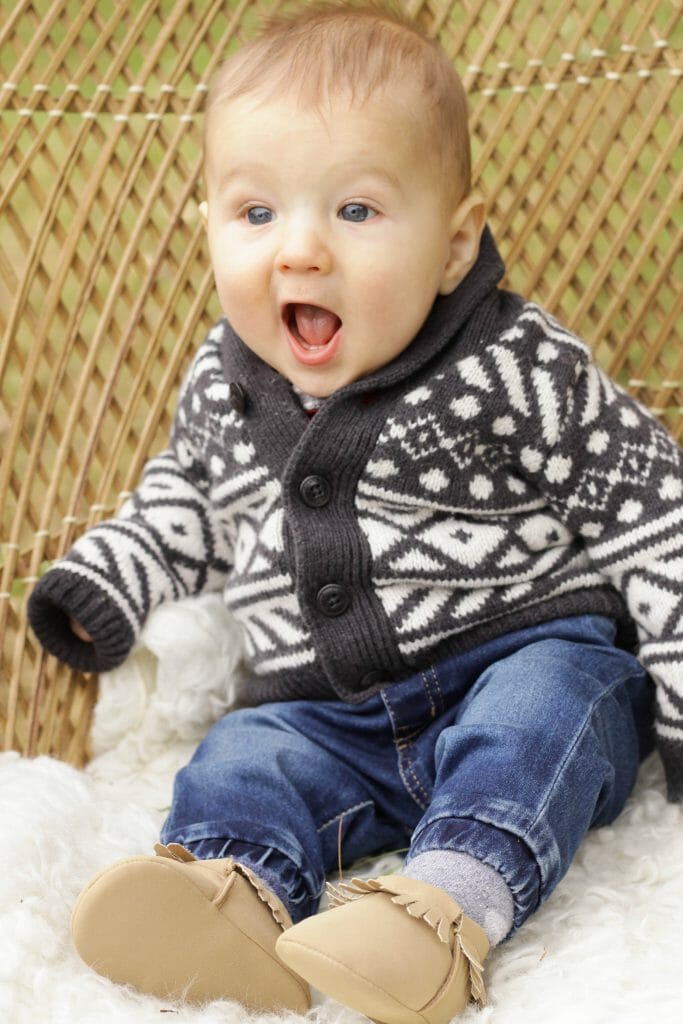 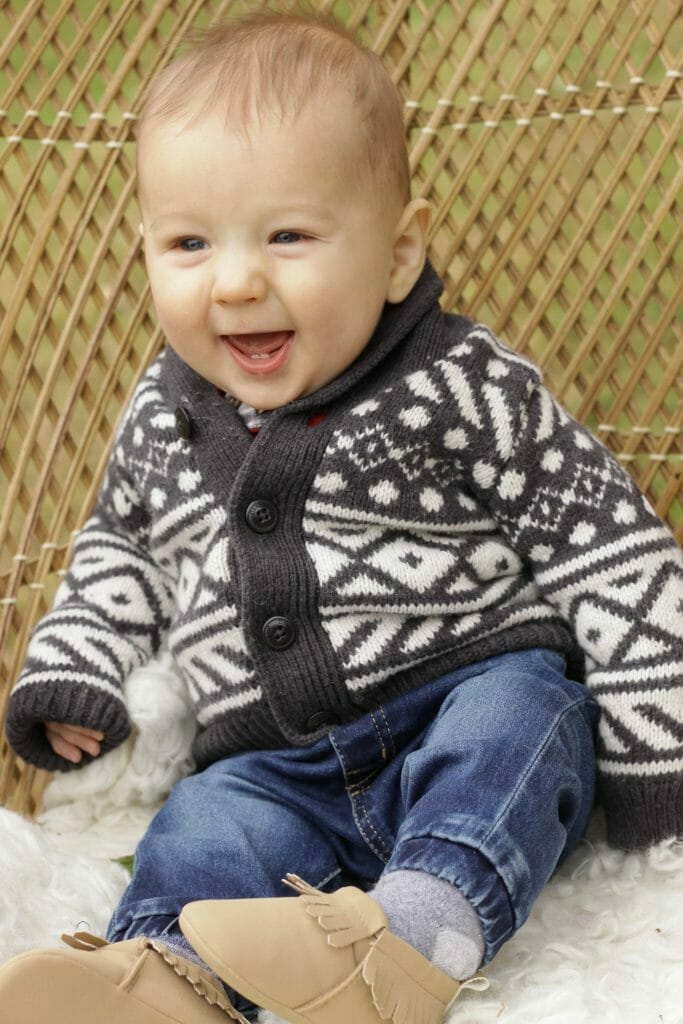 In spite of all the packing and purging, we’re still going to bring a little Christmas spirit to the house and I will be sharing that with you later this week. We’re definitely going minimal with our decor since packers and movers will be here Christmas week, but we couldn’t let Wilder’s first Christmas as well as our last Christmas in this home go by without a little something.

Speaking of our last Christmas in this home… OH THE EMOTIONS!  After the wild ride of the last month and getting both homes under contract and then moving on to packing, my emotions finally have gotten to me, and I am feeling all of the feels upon leaving this house that has been our home for 7 years.  When the time comes, it’s going to be a hard goodbye for me, but I know we  have so much to look forward to as well in the new home.  I sense another post coming about all the goodbyes as well…

If you are still reading this, thank you; you’re clearly very patient and I appreciate that.  Wishing you all a wonderful week, and I promise I am going to try to post more often!  I’ve had so much to share with you guys lately but at 7:00 pm when Wilder goes to sleep, I turn into a pumpkin, unable to convey any of the words in my head onto the keys in front of me.  Thank you so much for following along on this journey and for being here when I pop in.  XOXO