As far back as when Emmy was a toddler, she has always shown interest in creative endeavors and she’s exhibited artistic ability.  A couple of years ago she started asking me if she could paint some of the pieces I had.  I’ve always been very reluctant, but now at the age of 8, I felt that she was ready to learn.  I began by teaching her the last and final step on most pieces, which is waxing, and she waxed a few side tables I brought to Sweet Clover– she honestly did a better job than I did buffing them!  We sat outside chatting while we waxed, and I taught her techniques, and we just bonded over a similar interest.  A couple weeks later, I felt she had earned her place and was ready to paint, and I gave her a couple of small items, and let her have free reign with color.  One of those is this upcycled succulent planter. 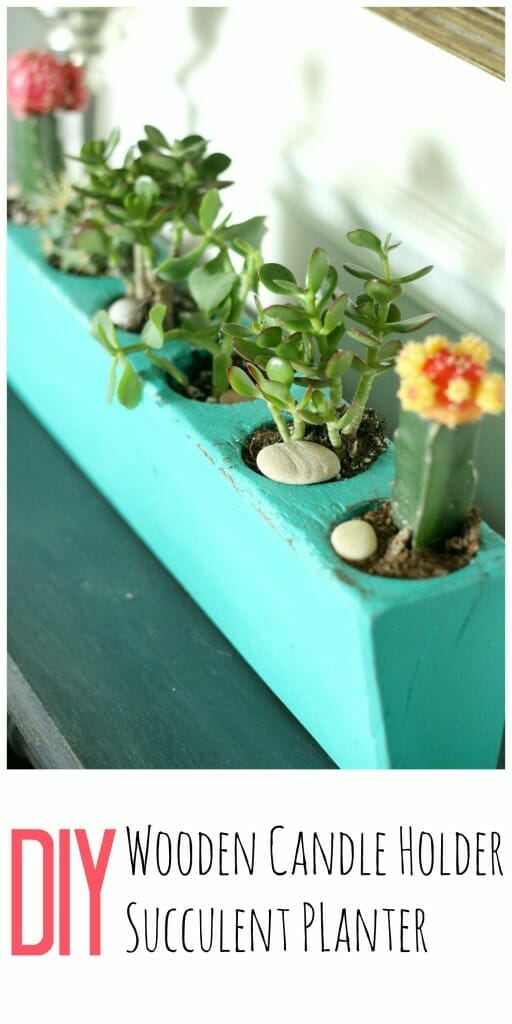 I don’t have a before picture but it was a rustic barn red to begin with, and had some half melted candles in it.  I sanded it down for Emmy, and let her choose her color, which was Patina Green from General Finishes.  The paint went on beautifully with one coat, and she only got a couple spots on her pants….

We let the paint dry in the sun, and as it dried, the wax of the old candles softened as well.  I popped out the candles once it was dry, using a butter knife.  Emmy wanted a lightly distressed finish on this piece, so I showed her how to distress it by hand with sandpaper.  She went at it, lightly distressing the edges.  She finished it off with a coat of wax.

While we were out there working, we decided that it would make a much better succulent planter than candle holder… but Emmy asked if we could get cacti for it.  She’s so on trend, what can I say?  We took a trip to the garden center, and I let her select the assortment of cacti and succulents (she wanted a mix).  Back at home, we filled the bottom of each hole with rocks about 1/4 of the way up, and then I inserted the plants where she directed me.  She finished it off by placing a rock at the base of each plant for decoration. 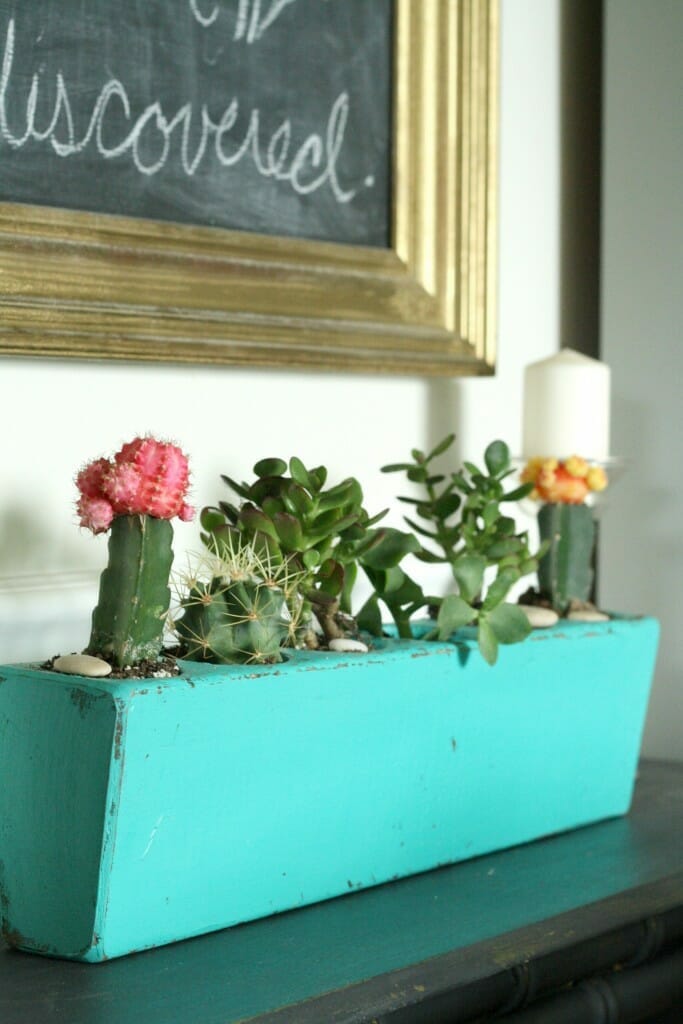 The rocks we used in this project were actually all collected by my dad around the Chesapeake bay, so they are rather special to us. 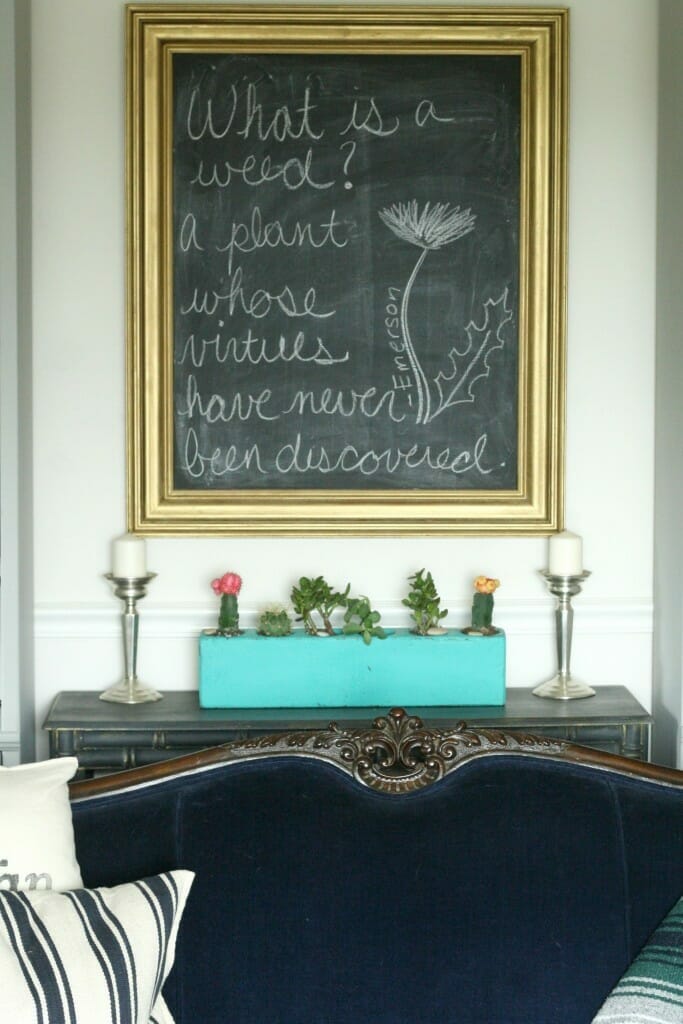 The color this piece adds is perfect for summer- and it’s bright and cheery, like Emmy on most days.

I think she did a pretty good job, and she may just may have a future in design and refinishing…. 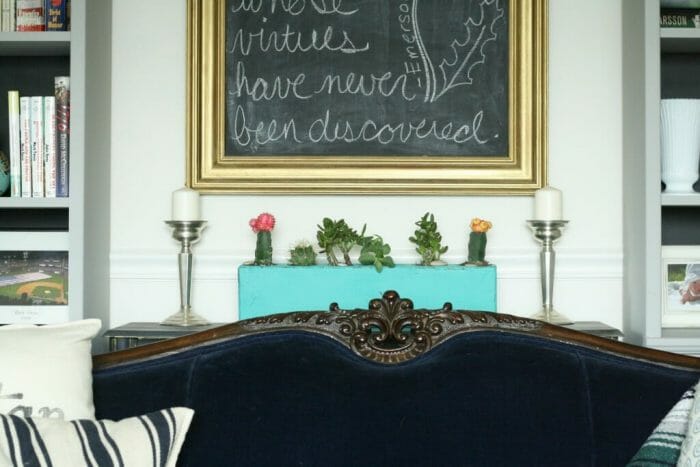 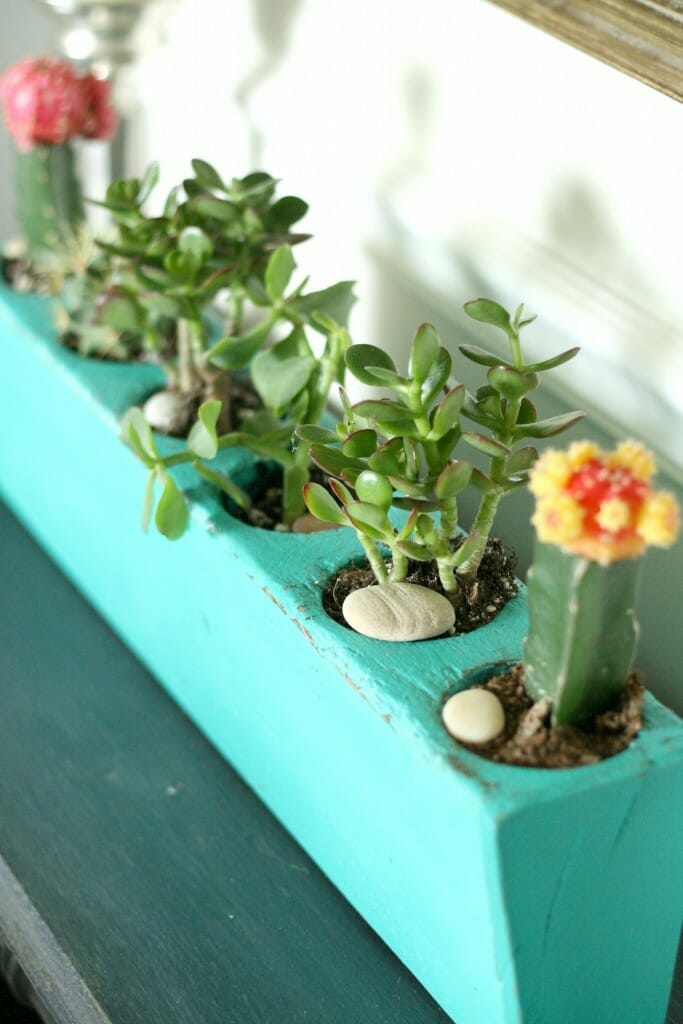 She also painted a piece she wanted me to put in Sweet Clover for sale this weekend.  It’s this sweet little pink box… 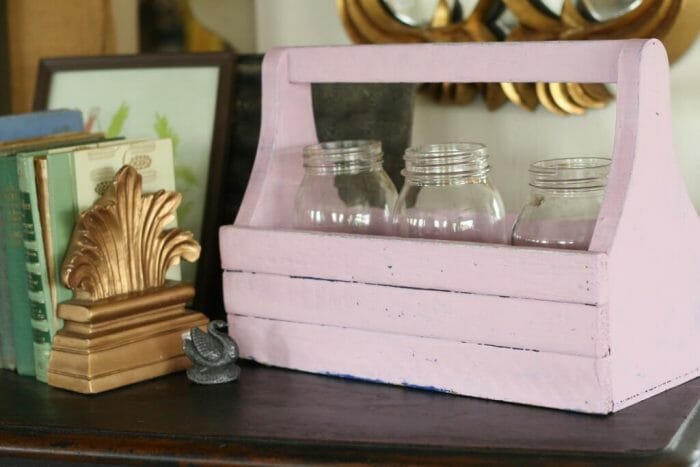 I really hope it sells so I can pay her for her hard work!  I know she would be so thrilled!

Anyhow, I am just really proud of her, and excited to have her working by my side, passing on what I have learned, but also learning from her.