How many of you are singing along?  “Did you hear about Hugo and Kim?  Did you hear they got pinned?”  OK, some of you (most?) probably don’t recall that song from “Bye Bye Birdie”.  I, on the other hand, have it forever engrained in my brain because I played Alice in a local production when I was 14 years old.  I was the understudy for Ursula, which was a role I REALLY wanted (She’s Kim’s best friend, and sorta crazy and loud!).  Unfortunately, that was my first time working with this company (and last actually…) and the role went to a 24 year old seasoned actress.  Not that I am still harboring any bitterness. 😉

Anyhow, the piece I want to share today is a midcentury gossip bench.  This play is somewhat midcentury, and that song is all about telephone lines and gossip, so that’s where that all came from, in case you were wondering and thought I had lost it.  (Still questionable, I know).  I found this little piece at a yard sale last weekend, and loved its shape! 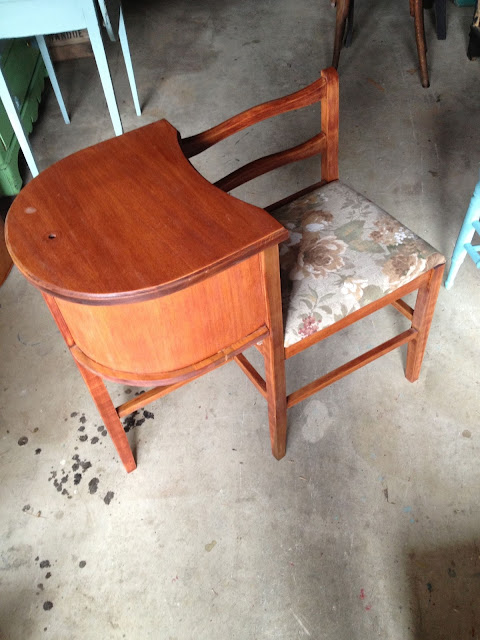 It appeared as if it had already been stripped, so I skipped the sanding and went right to work, removing the seat and then applying two coats of General Finishes Lamp Black.  After it was dry, I distressed it lightly to highlight its shape, and then applied General Finishes Satin Finishing Wax with a rag.  After that dried I buffed it with a rag.

The seat had been removed, and I removed the old fabric.  I found a classic black and white houndstooth in my stash and covered the seat with that and then reattached it to the base.  Here it is now! 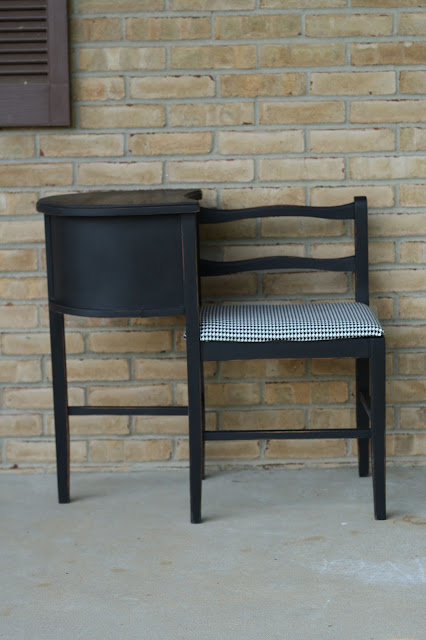 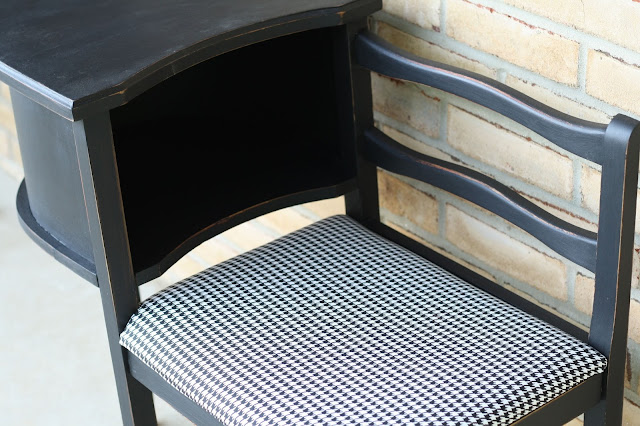 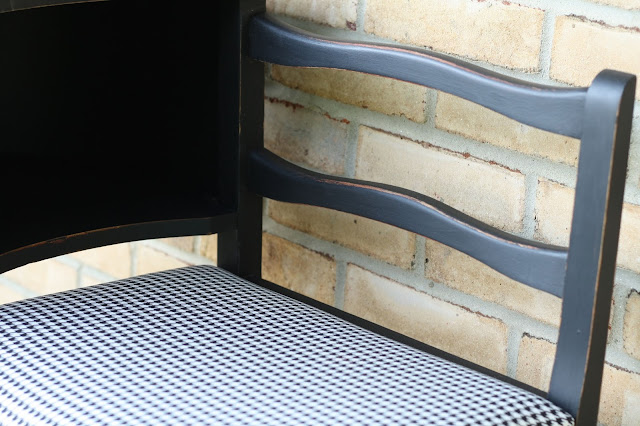 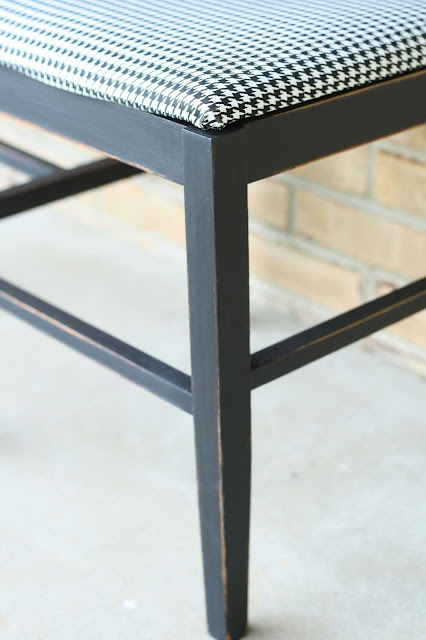 I think it’s a classic, just like good old “Bye Bye Birdie”.  Ya know, shortly after that I gave up singing and acting, although I really enjoyed it.  Every once in a while I find myself lost in a “what if” daydream though.  I could have been a star… 😉  Ba ha ha!!!!  Then I wake up!