So here’s a post I didn’t think I would be writing this year….. I had sworn off doing too many crafts, and was certain I wasn’t going to decorate for Valentine’s Day.  I mean, really…. Ain’t nobody got time for that!  But then a weekend comes and goes and the kids are off on the following Monday due to teacher work day which ends up being a snow day anyhow….. So here I was at home with the kids looking at my mantle which was still in its New Year’s mode and I thought…. “that has just got to go.”  I honestly had no idea what I would do to it, but then I saw my friend Anu’s post about a Valentine’s arrow wall hanging, and inspiration struck!  And I decided to create a non-traditional Valentine’s Mantle that I knew arrows would be a part of! 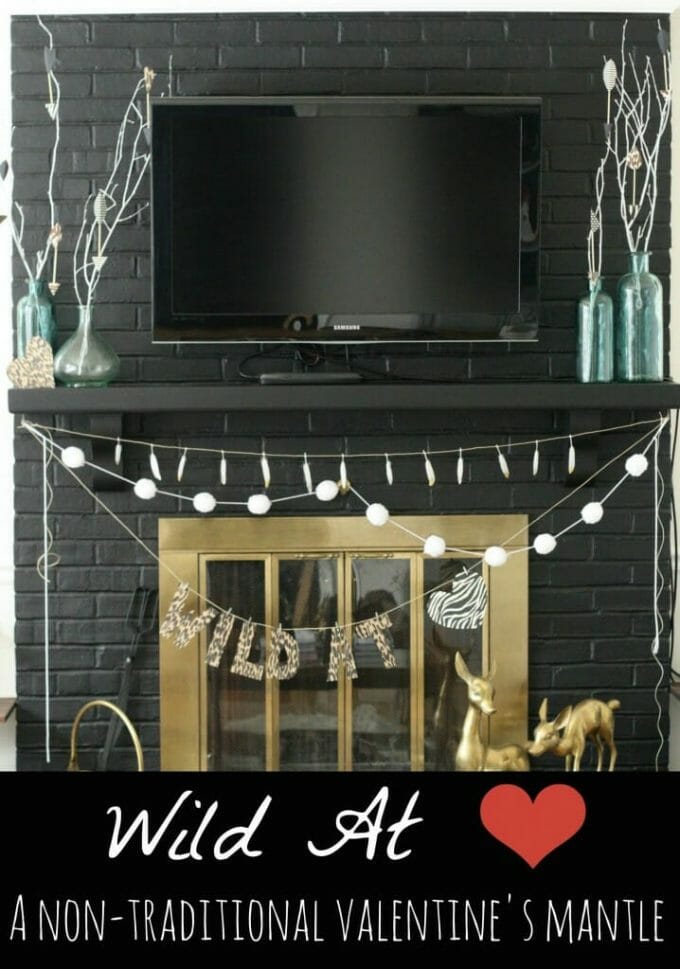 I pulled out my paper stash and found lots of black, cream, and brown in graphics and animal prints and knew they’d be perfect for me. (I was not feeling pink or red).  I gathered some wooden skewers, scissors, and my hot glue gun and Emmy and I got to work creating the arrows with those animal papers which inspired the wording for my banner.  I didn’t follow Anu’s method of making arrows, and kept it really simple so that Emmy could help me, but if you want to create some, I recommend her tutorial.

For the banner, I just free-hand drew the lettering and heart and hung them from the same twine with the same clips that I had my New Year’s banner on.  I also kept the feather garland and pom pom garland up.  Those things have gotten lots of use this year with the Fall mantle, Christmas mantle, and New Year’s mantle (which I never blogged about, but it appeared here on instagram)

The jars with branches were also part of my New Year’s mantle and Emmy and I hung our arrows from those branches.   In the end we created a non-traditional Valentine’s mantle that suits my style! 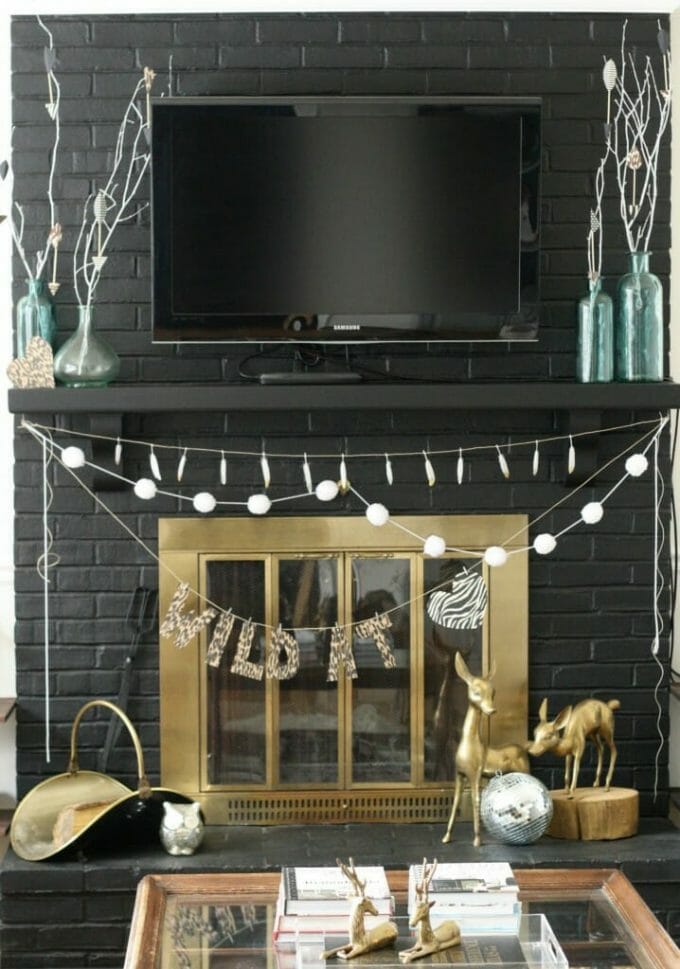 I am a big fan of layering garlands and banners- I just think they look whimsical together. 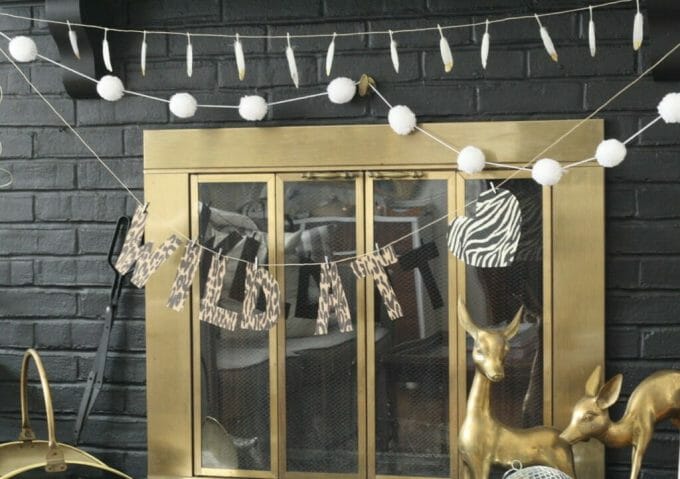 As you can see, the letters are just clipped right on- nothing permanent which makes it easy to change out each season.  And I personally am a fan of imperfect freehanded letters, although I know that’s not for everyone.  But I’m wild at heart. 😉 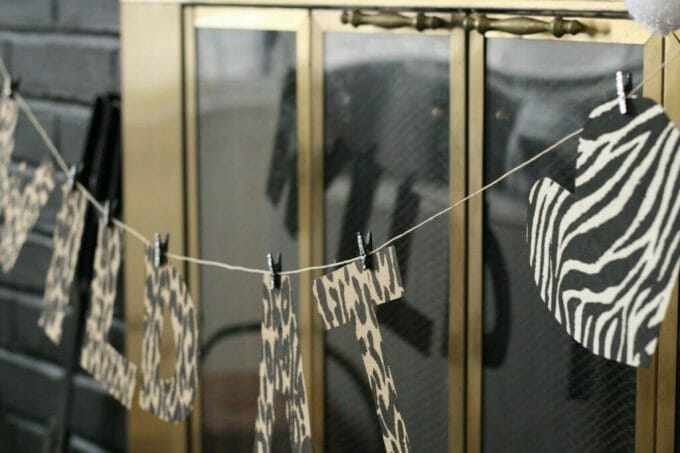 The banners and arrows complement each other perfectly in color and style.  And of course I had to being a little blue in by way of the bottles. 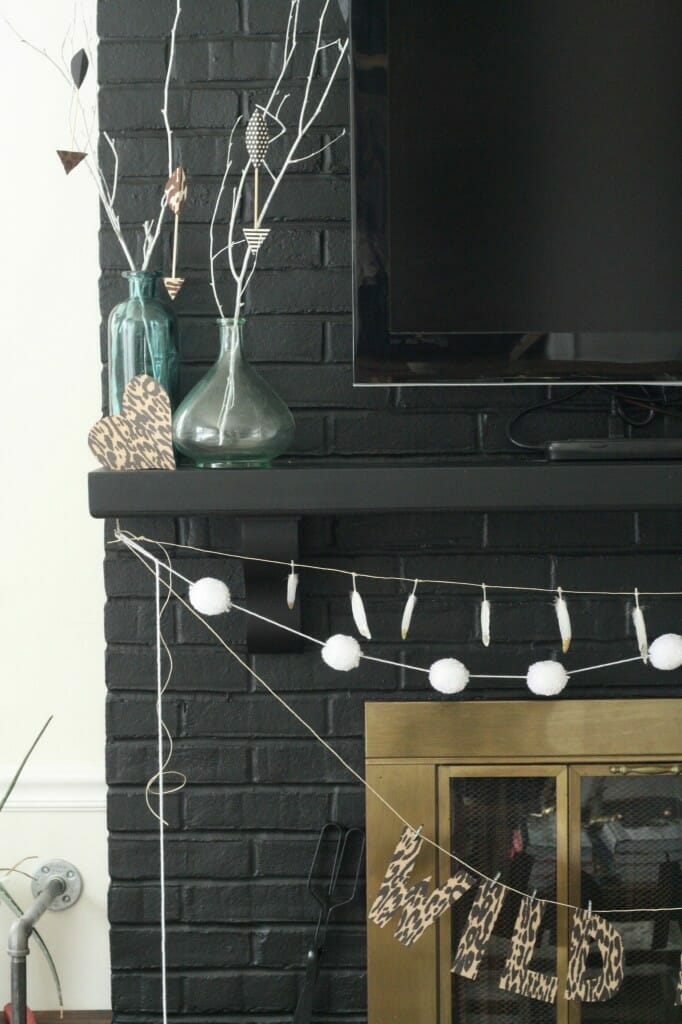 In making the banner, I cut out two hearts and chose the zebra one for the banner.  I had an extra cheetah heart, so decided to layer it with my glass bottles. 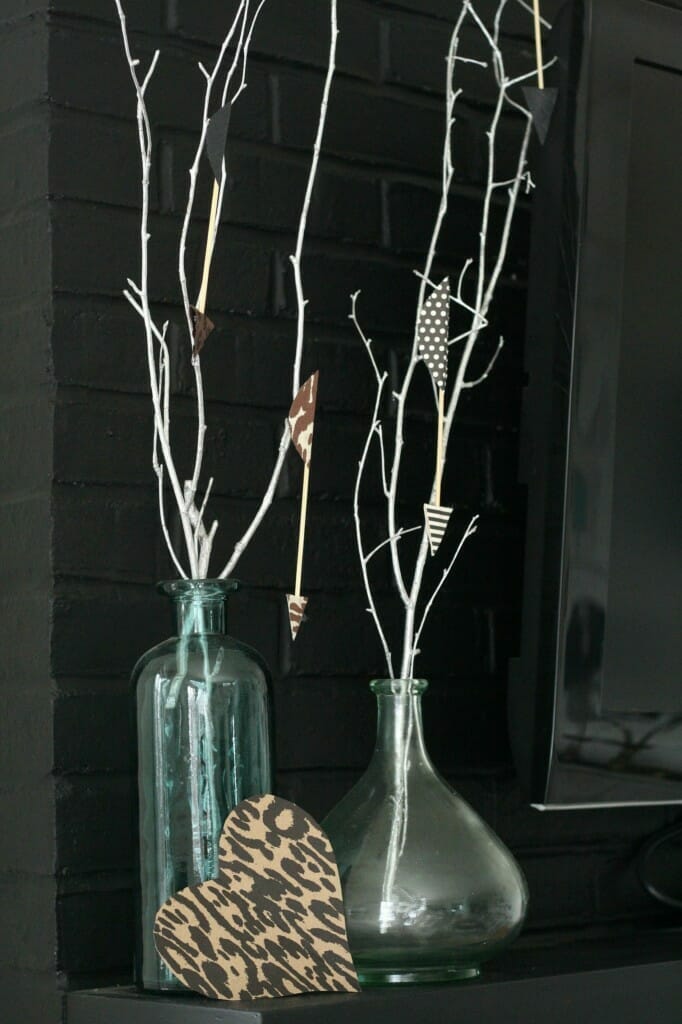 And I had to add this picture just to I could share my favorite arrow- the black and striped one! 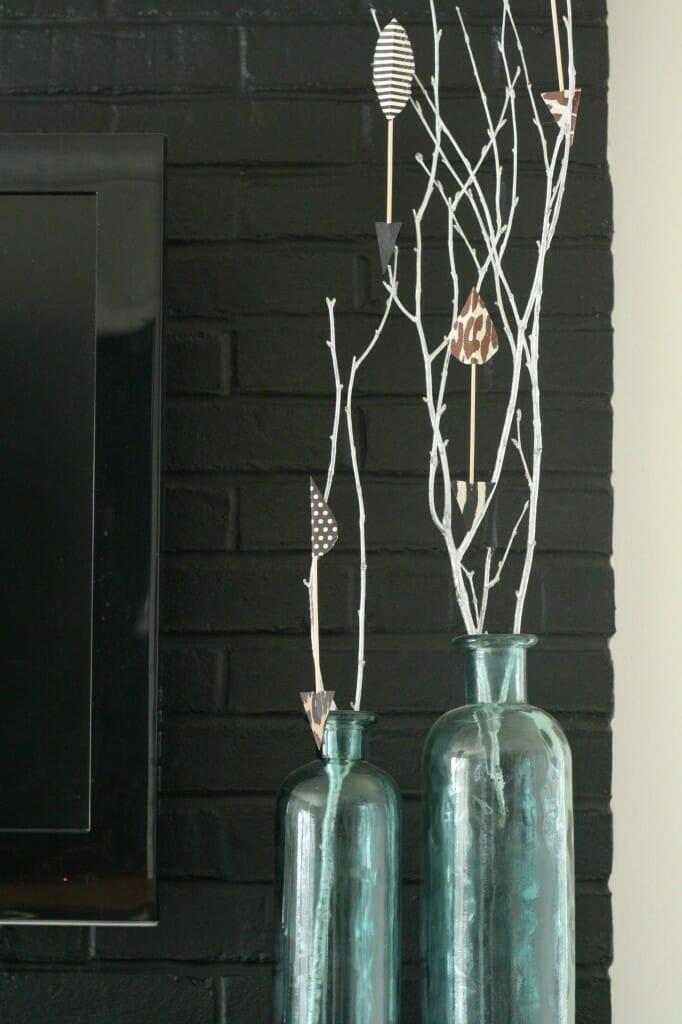 While I was shooting, this guy, who is totally wild at heart and in spirit, but also super sweet and happy, decided to crash the shoot.  I just had to share.  He’s perfectly wild, and the only dog we’ve had who thoroughly enjoys running and playing in the snow.  Yesterday while I shoveled, he played, running through it, and leaping over all of the shoveled piles.  It made me so happy to watch him. 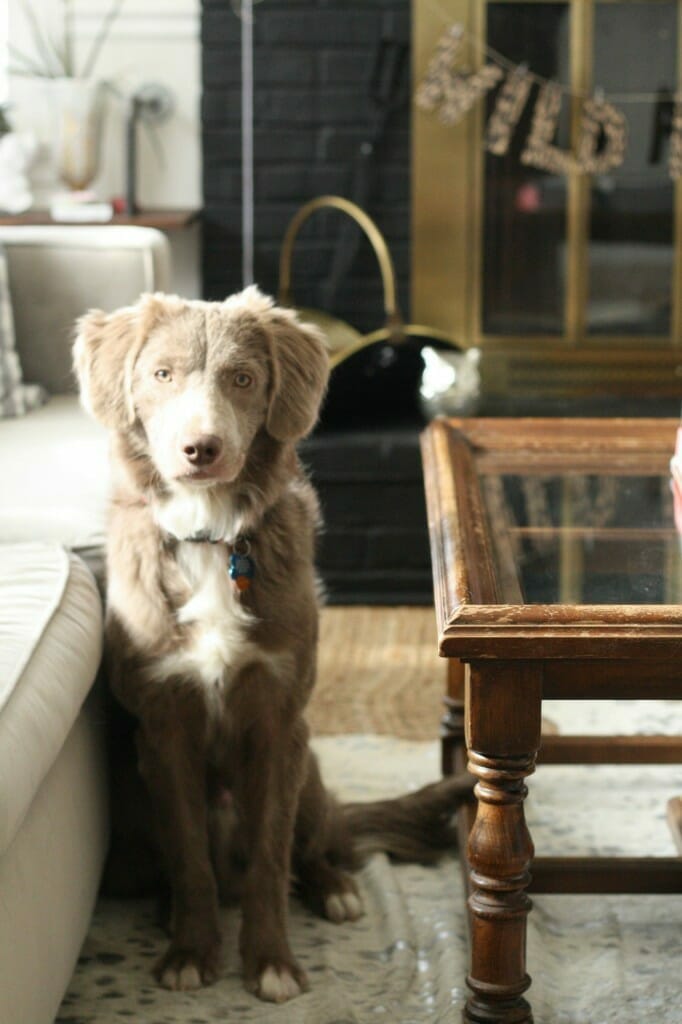 So how about you?  Will you decorate at all for Valentine’s Day?  I am fairly certain this is the only decorating I will do…. although we may have more snow days so you just never know!